What were your favourite Commonwealth Rowing Championships memories? We had a video produced so you can have a look back and remember what a great weekend it was.

TRIO OF MEDALS FOR SCOTTISH ROWERS AT WORLD CHAMPIONSHIPS

Great Britain’s Scottish trio of Heather Stanning, Alan Sinclair and Sam Scrimgeour all won medals at the 2014 World Rowing Championships at the Bosbaan rowing lake in Amsterdam. The event came to its conclusion yesterday having started on the 24th.

Snapper Ron (the kilted photographer!) has published over a thousand pictures from the Commonwealth Rowing Championships at Strathclyde Park on the Committee of the Dee website.  He hopes people enjoy viewing them as much as he did taking them.

Glasgow's Angus Groom (Leander) was the most successful athlete at the event, winning four golds - in open single sculls and sprint single sculls, before joining up with Lewis McCue (Robert Gordon's University) to win both the open and sprint double sculls categories.

Speaking after his single sculls win, Groom said, "I had a good start and was up about a length at 250 gone.  I knew it was going to be quite windy so I was just tapping it along using not too much energy and I was definitely under control." More generally, he added, "to be a Commonwealth champion is absolutely brilliant.  This is my first time representing Scotland at anything, so to do it on home waters is absolutely fantastic."

McCue took a third gold when he partnered Cameron Buchan from Denny - home from Northeastern University in the USA - to victory in the coxless pairs event. 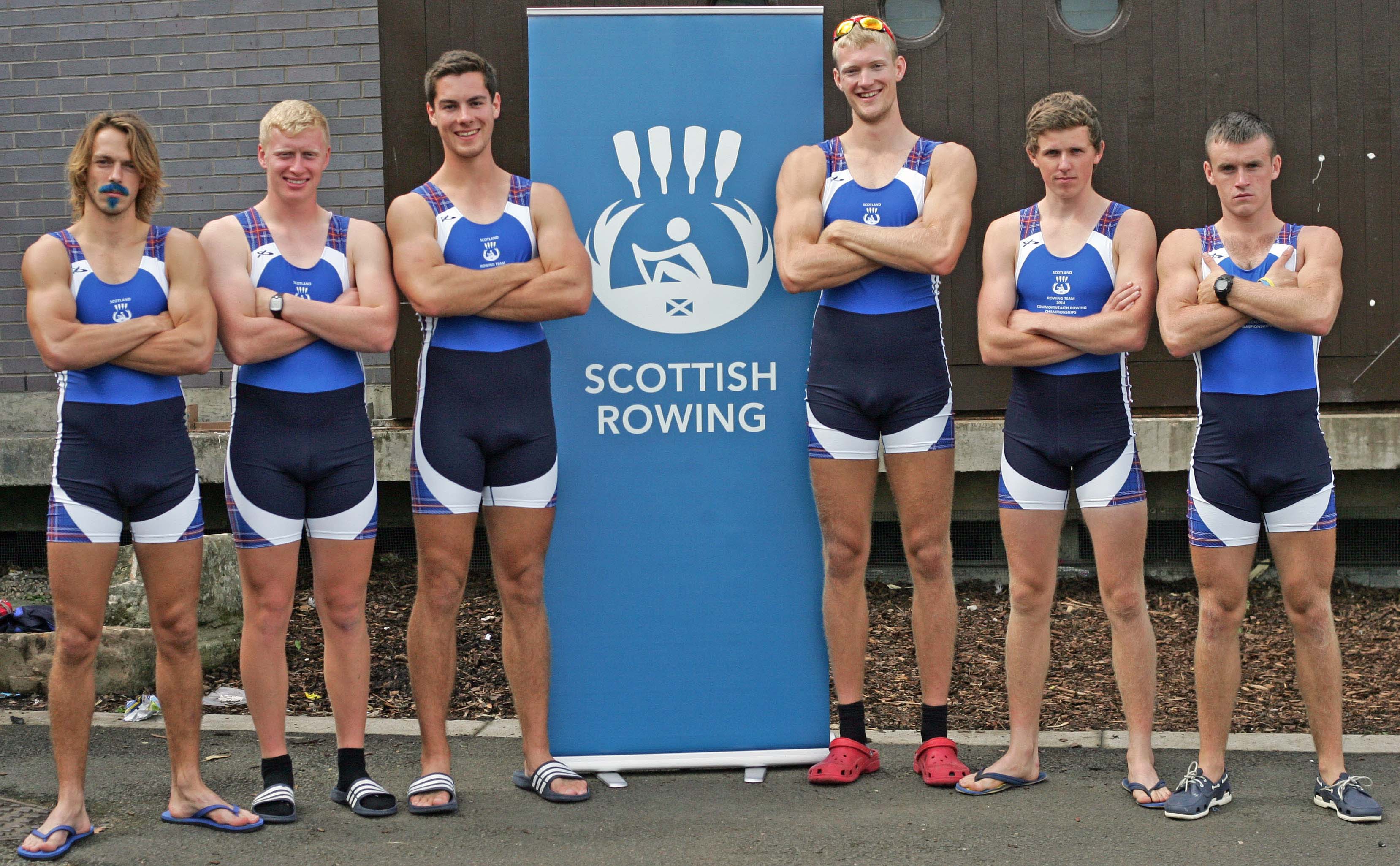 The Scottish women's quadruple sculls crew of Rebecca Lightfoot, Emma McDonald (both Glasgow University) and the Edinburgh duo of Katherine Douglas (Leander)  and Molesey's Karen Bennett won the first final of the event to set the tone.  Bennett and Douglas then partnered each other to gold in the women's pair event, as well as silver medals in double sculls. 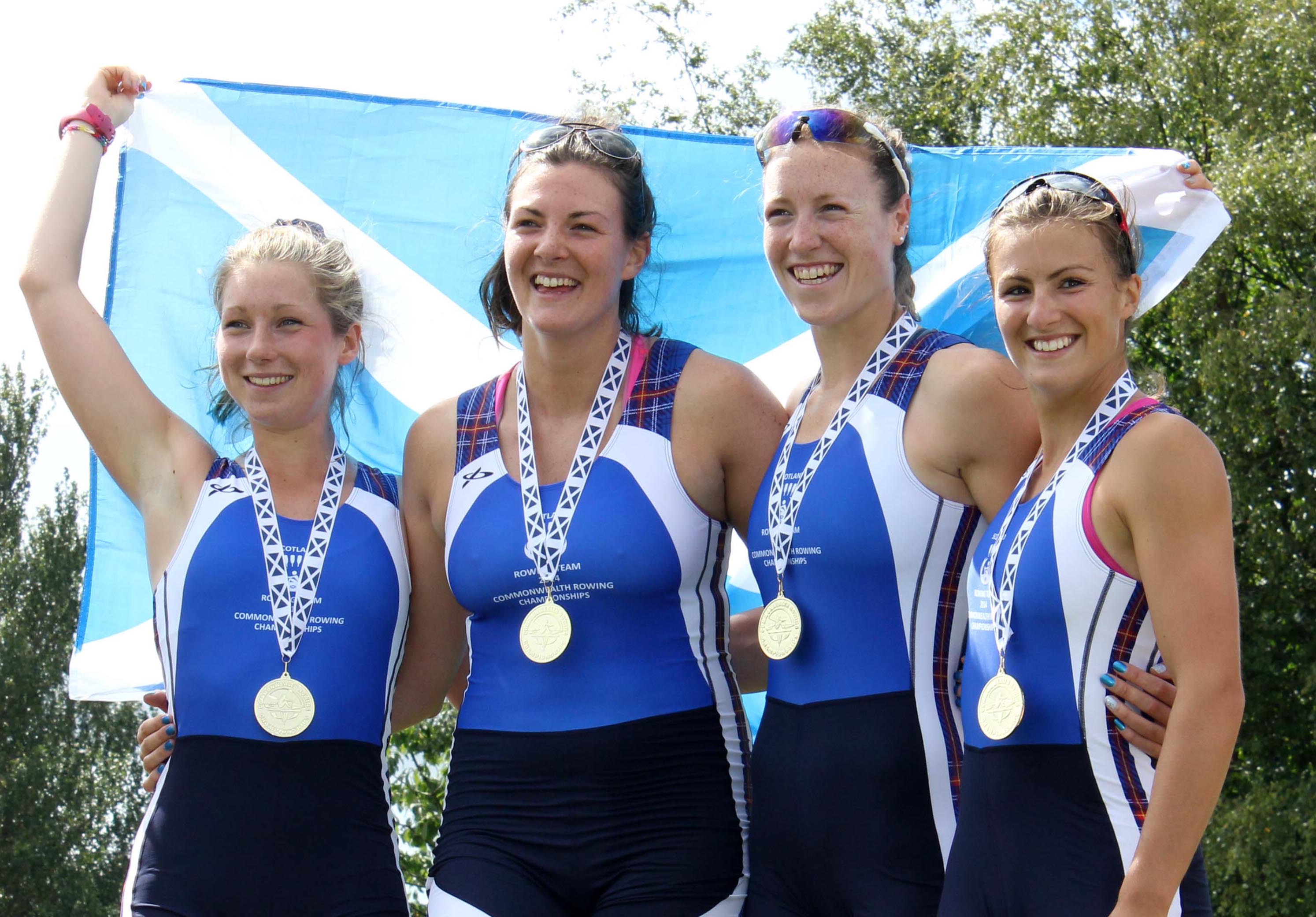 Edinburgh University's Georgina Grandfield came second to England in the women's single sculls category while the Scottish bronze medals were picked up by Emma McDonald in lightweight singles and McDonald again, this time partnered by Glasgow University's Rebecca Lightfoot, in lightweight double sculls. 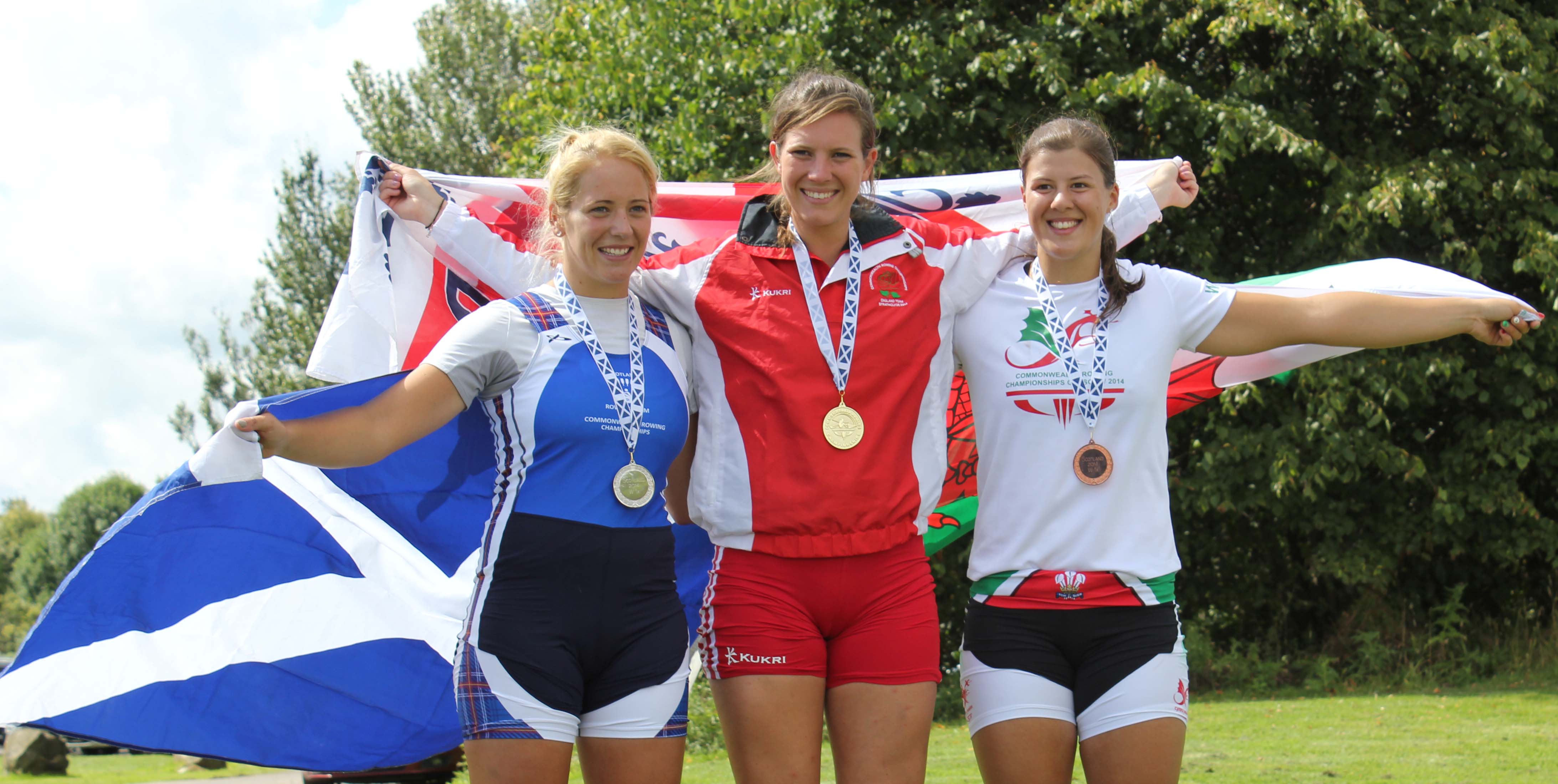 Pippa Whittaker from Leander was the most successful English athlete, winning two golds and two silver medals, and she was generous in her praise for the event, saying, "it's all been very good here and very nicely organised."

The spirit of the regatta was summed up in the final race - an exhibition mixed eights event.  In conjunction with these Championships, Scottish Rowing had been running an "Inspire" programme for their talented junior athletes, who had been shadowing the senior team in their preparations as well as acting as the start team for the regatta.  They were released from stakeboat duties to race in a field that included an impromptu "Spirit of the Commonwealth" crew - a composite drawn from Gibraltar, Guernsey, the Isle of Man, Vanuatu and Zambia, with a Scottish cox.  A delighted Welsh eight just held off a strong Scottish charge on the line to win, while after a fast start, the Scottish juniors held off the Commonwealth composite.

These Commonwealth successes follow hard on the heels of the Scottish record-breaking performances at the Home International Regatta in Cork two weeks earlier, and complete the most successful international season yet achieved by Scottish rowers.   Team manager Graeme Cunningham said, ""there is no doubt that Glasgow 2014 has had a massive impact on the team. The athletes have rowed with pride and belief to produce Scotland's best ever performance at the Commonwealth Rowing Championships.  It has been an exciting regatta but we see this as the beginning of a journey that will propel these athletes to the very top of the sport."

The Commonwealth Rowing Championships were held at Strathclyde Park this weekend.  With 14 nations taking part,  the weekend saw some closely fought, competitive racing.  Scotland topped the final medal table with a fantastic 9 golds and a total of 15 medals.  England were second with 5 golds and 15 medals overall and Canada were third.  The full results and medal table are available to view on the link below.  A full race report and race times will follow.