Intended to be fun, the Sprint Series places a big emphasis on taking part. This will be an opportunity for beginner and experienced rowers alike to race with different people, take part in mixed events, mixed age events or simply practise skills. 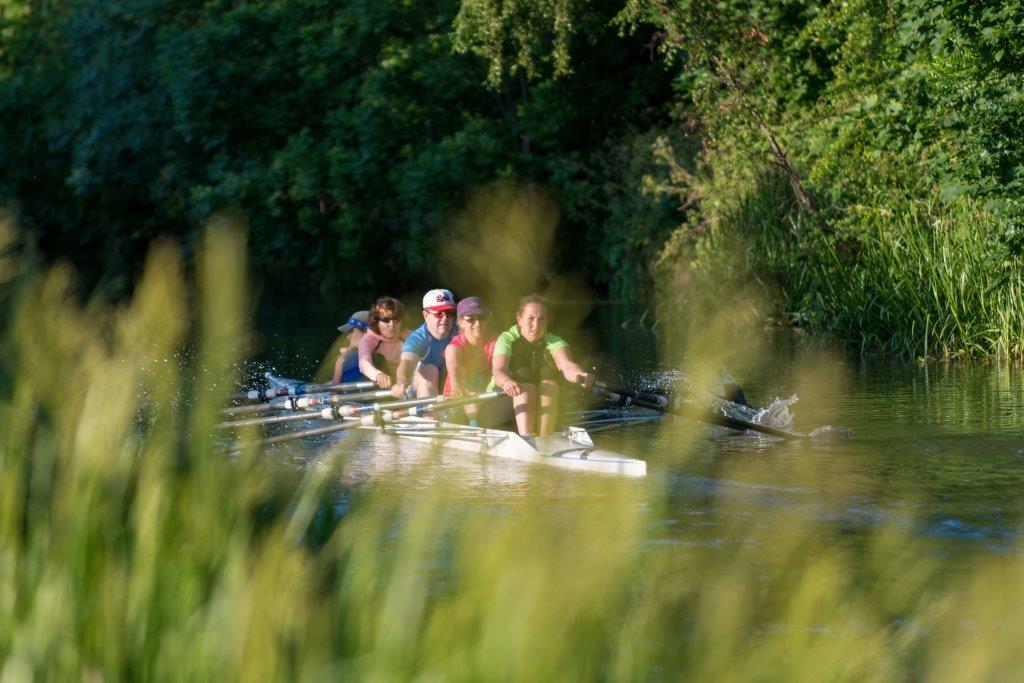 Clydesdale ARC will host the first Sprint Series event. In conjunction with its annual corporate event the packed day of activities will include 250m races for single, double, pairs, quads, 4's and 8's. Crews are encouraged to add in novices and beginners.

And, for anyone looking for an additional challenge, there will be a mini biathlon, combining water and erg-based racing in a singles.

"We want as many people as possible to come from other clubs as well as people from local community groups within the green," said Clydesdale’s Stella Hawthorne.

"The emphasis is on fun. We want to attract people to rowing and allow beginners who have done a 'row start' and want to get in the boat with experienced rowers to race safely.

"Transport of boats to regattas is often an issue which is why we are offering our fleet of boats for others to use.

“Our club will be full, every member who is not out of the country will be there on the day, volunteering, running things, marshalling, BBQ or racing.” 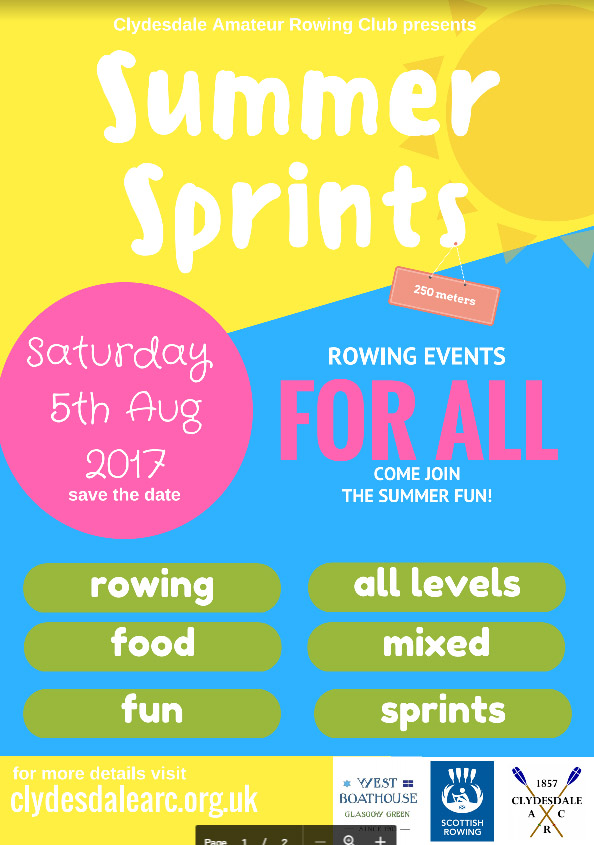 Aberdeen’s river Dee is the venue for part two of the Series, offering 30 events over the regatta.

Racing will be over a 500m straight, two-lane course finishing in front of the boathouses.

Races will run in three separate sessions over the day, each lasting around two hours. Competitors may enter a maximum of one event in each session.

“Competitors can therefore choose if they wish to race in early, middle or end block or any combination of these,” said Aberdeen Secretary, Ron Wallace.

“This format should result in increased competition within each event, hopefully at least quarter-finals, semi-finals, then final.” 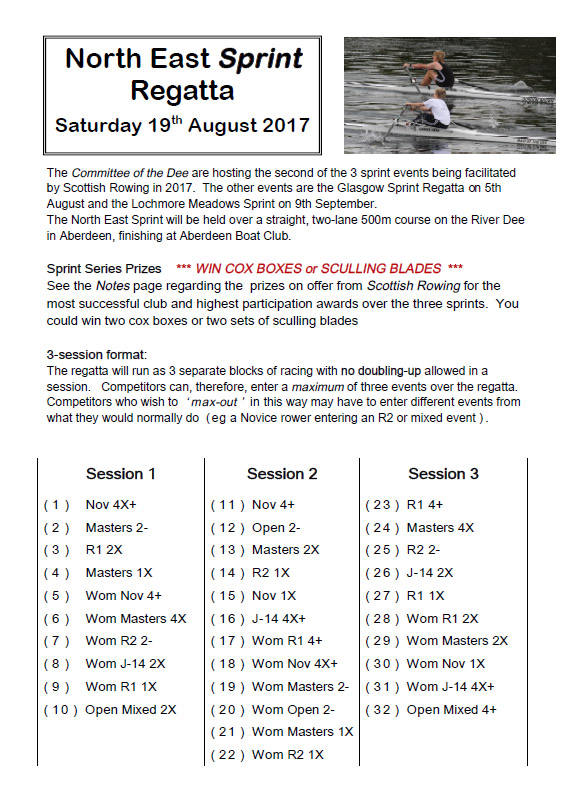 The scenic Lochore Meadows in Fife, base for St Andrews University rowers for the past 18 months, will be the setting for the third and final regatta of the series.

“There isn’t a lot of racing in Scotland in the summer,” said the club’s coach, Iain Rice. “So what we are all trying to do with the sprint regatta is extend the racing for junior and community clubs in Scotland as well as vets and seniors.

“The regatta will be a way to start the year off with a more casual race format. So we are going to use 250m sprints, something quick and easy which you don’t even need to be fit for.

“We will make it fun to do and try and get as many people to come as possible from everywhere.”

Iain also plans to include different race formats as well as opportunities for people to develop and test rowing skills. “We want to make it more interesting so people are racing with other clubs as opposed to against,” he continued.

“We would like to challenge their boat skills with events that you see at the British Rowing Festival in August where single scullers do things like spinning the boat around as fast as possible or rowing a slalom course.

“It will be as informal as possible, so it’s easy for people to take part.”

Entry information for this event is coming soon....

*The detailed rules for each prize are available here. Each prize will be the choice of a cox box or a set of sculling blades.