The Edinburgh University Boat Club athlete achieved the rare sporting crown of winning back to back world titles in 2015 at under 18 level then a year later, last September, in the under 23 age group.

But, despite setting the highest standards, he had not expected to be selected for the senior team this soon in his career.

The decision surprised Horsburgh, who was preparing for weekend’s Scottish Championships when the call came from Edinburgh University’s Head Coach, Colin Williamson.

“I had just come in straight off a session out on the water in my single getting ready for the Scottish Champs,” said the Lochwinnoch 19-year-old.

“Then Colin said I will have to get the next flight to Heathrow and start training at Caversham the following day.

“It was a shock to the system because I’d assumed the team had already been picked and it was really unfortunate for Will (Fletcher) who has come out of the lightweight double because of an injury.

“But it’s such an opportunity they have given me, so I’m hoping I can step up to the mark.” 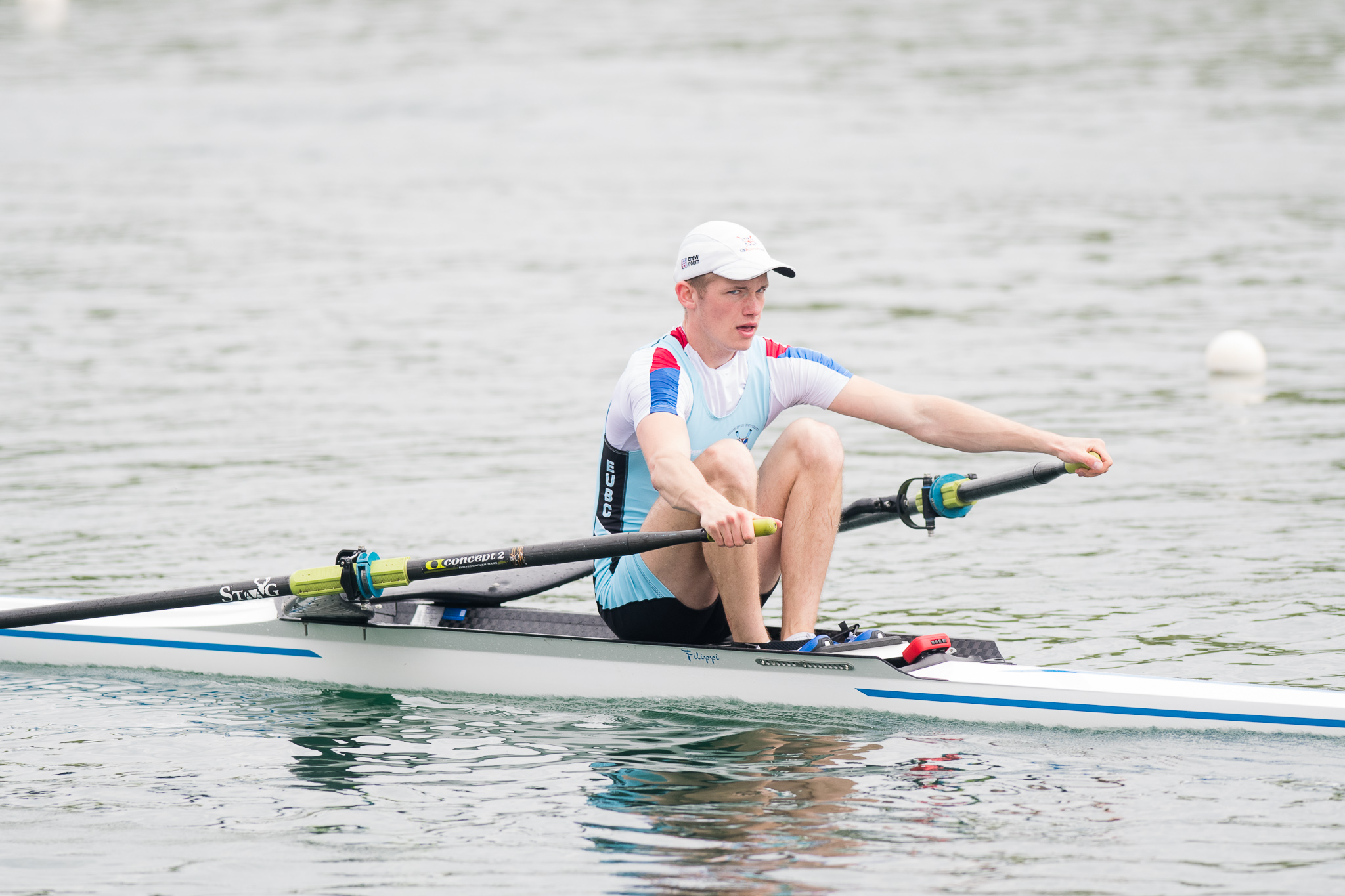 Following some reconfiguring of crew combinations Horsburgh will compete in the men’s quad this weekend along with England’s Ed Fisher, Jamie Copus and Sam Mottram.

This is a crew of lightweights competing against heavyweights but Horsburgh is up for the test.

“It will be a big challenge against heavy guys,” he admitted.  “We will have to try and step up to the mark and race to the best of our abilities seeing as the rest of the crews will have a significant weight and power advantage.

“However the crew has been going well so far, so hopefully we can transfer all the skills we are making in the boat this week.”

“Competing in my first senior regatta is a huge opportunity for me and I’m hoping to prove something to the coaches who have selected me.

“Hopefully that will progress me in my rowing career.” 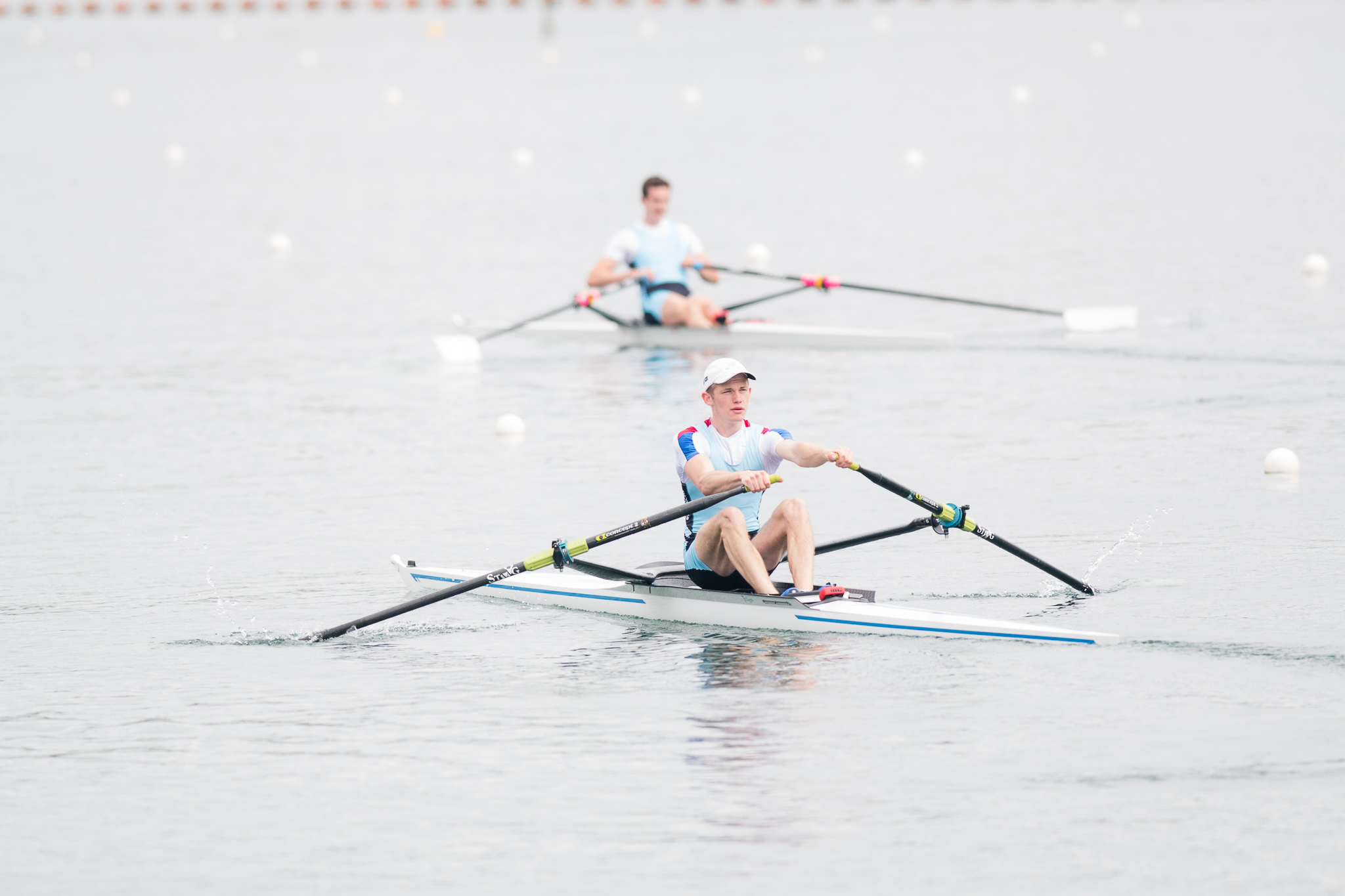 Horsburgh’s inclusion brings the number of Scots competing for the GB Rowing Team in Poznan to seven.

Last week Edinburgh University Boat Club teenager, Josh Armstrong, was announced in the team in what is a huge upward step for the 19-year-old who has only just moved into the under 23 age category.

Both Armstrong and Horsburgh are supported in Scotland by Scottish Rowing, the sportscotland institute of sport and Winning Students.
Various illnesses have resulted in several other crew changes for the GB Rowing Team competing in Poznan this weekend.

As a result Edinburgh’s Karen Bennett returns to the women’s eight in international competition for the first time since winning silver at the Rio 2016 Olympic Games as a last-minute call up for an ill crew mate.

Cameron Buchan from Dunipace has been named in the men’s eight, where he joins with Edinburgh’s Callum McBrierty, after a team mate pulled out following an emergency appendectomy.

Kirriemuir’s Sam Scrimgeour was named in the lightweight men's pair last week along with Edinburgh’s  Katherine Douglas who will compete in the women’s eight.