A rowing late starter, it was during an appointment in Bath serving as a Marine Engineer in the Royal Navy that Martin agreed to a request by a newly formed Naval rowing squad to help make up a four.

A year down the track he moved to Scotland where a friend and Loch Lomond Rowing Club member encouraged him along.

Martin joined the club in 2005, initially racing in the club’s scratch Vet men’s four then, when his son Tom enlisted as cox, he got involved coaching, achieving his Level 2 qualification before a host of other opportunities presented themselves. 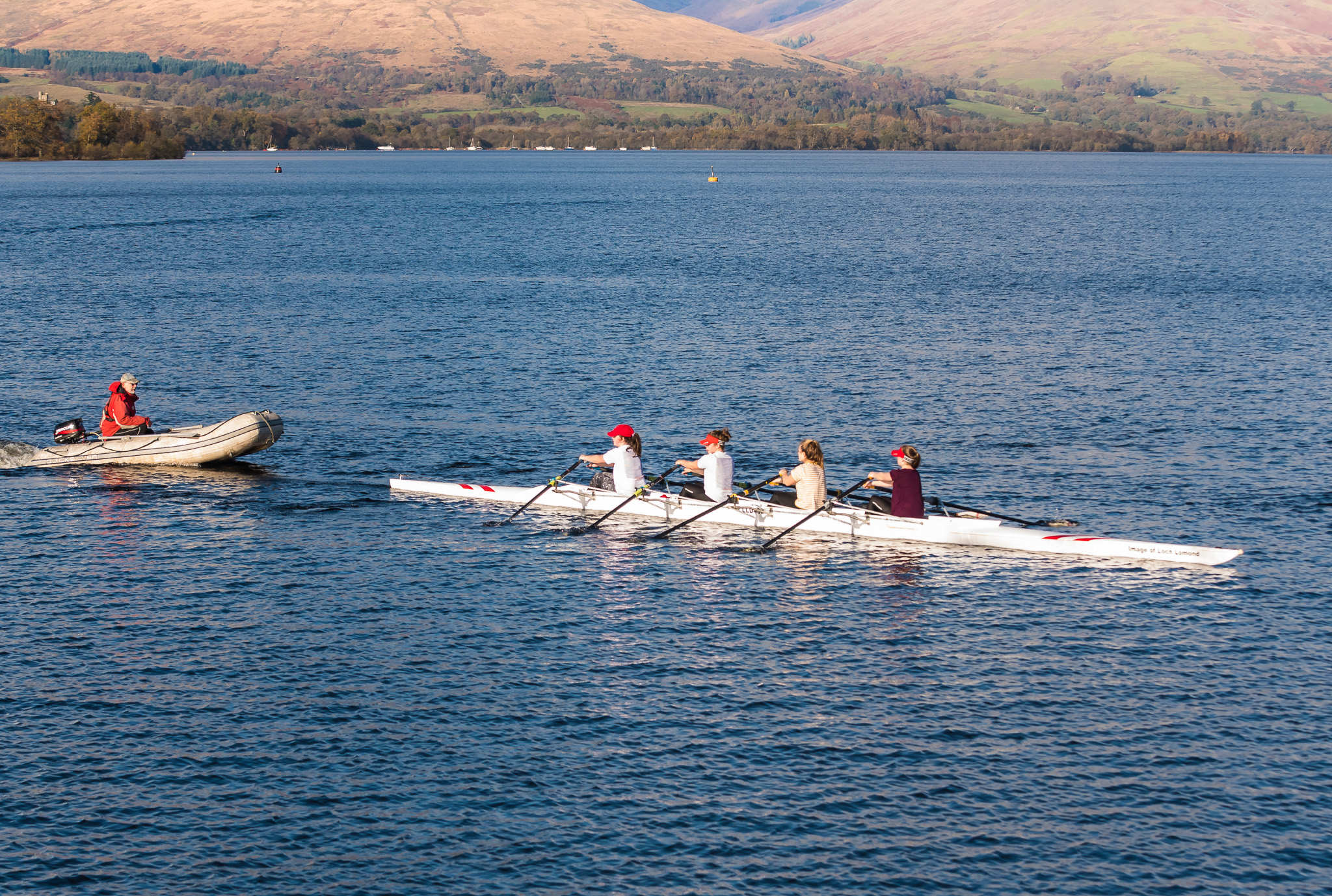 “The next thing I know I’m coach, then Safety Officer, Captain and President at the club – it’s the usual thing, if you volunteer, people will grab you,” he said, a line that will resonate with anyone who has ever volunteered.

Having done more than his share of voluntary work, Martin became a Board member of Scottish Rowing in 2009 and this has now led to him taking on the most prestigious and no doubt most time consuming role yet of Scottish Rowing President last year.

He feels fortunate to have been appointed at a time when the high performance end of the sport has never been better in Scotland. In particular the University of Edinburgh has become the go-to rowing university, not just in Scotland, but far further afield. Now he is keen to see other universities in Scotland reduce the gap.

“That’s very much the plan and there’s no reason why we can’t drive these as centres of excellence,” he said.

“A lot relies on the willingness of universities to engage and contribute and I’d like to see Glasgow establish itself as a second performance centre and also to have another in the north east.

“From a Scottish Rowing perspective, it’s about making sure our aspiring high performance rowers within clubs have a viable pathway and are being seen to perform, which they definitely are now.”

Whilst the story is positive at the top, Martin knows full well the challenges the sport is facing at club level. As a stalwart member of a club whose clubhouse is in an extremely poor condition, he is acutely aware of how limited funding pots are affecting clubs with facilities and equipment to maintain or replace.

It was Martin who initiated a project to build a community sports hub working together with kayakers, open water swimmers and water skiers on Loch Lomond. If it does go ahead then it will solve the clubhouse dilemma, although he has stepped away from the project to focus on his new president role.

But innovative and resourceful, Loch Lomond has never looked to others to solve its problems. When the club’s roof began failing, members began a fundraising campaign. And when further back still the club’s memberships dropped, it took the sport into local schools, a venture which not only brought in more juniors but parents too and still helps sustain its numbers today.

Six months into his tenure and asked how he views Scottish Rowing he explains it is a leaner organisation than many clubs perceive. Yet, combined with its volunteers – and volunteer board – it is a very different set up from just a few years ago, not to mention a more effective one.

Seen by sportscotland as a viable governing body, he believes it can benefit all clubs willing to engage. For those not in the know, Scottish Rowing employs a Chief Operating Officer, a head of High Performance Pathway, three development staff and two part time office staff.

“Having these staff who can help support clubs and drive some of the initiatives is for me one of the biggest advantages we have gained compared to where we were five years ago,” Martin explained.

“We are small and Amanda (Cobb, COO) and her team work very hard delivering.

“Geographically we are widespread but the challenge is for the clubs to recognise that support is there and that we can help them drive things forward. We can’t do everything that clubs may ask of the team but they will try their hardest.

“Since I became a board member nine years ago and, seeing the transition from the Scottish Amateur Rowing Association to where we are now, I admit there is some historical baggage and some clubs are perhaps a little reluctant to acknowledge the benefits that we can provide. But we should be in no doubt, the public funding that flows into our sport and which benefits everyone from recreational level through to aspiring Olympians will only continue if we can demonstrate that our structures and governance are suited to the task.

“But we are into a brave new world now and there are benefits if you are prepared to buy into them and look more broadly.

“So, we need to make people aware there is definitely something to be gained out of engaging with Scottish Rowing.” 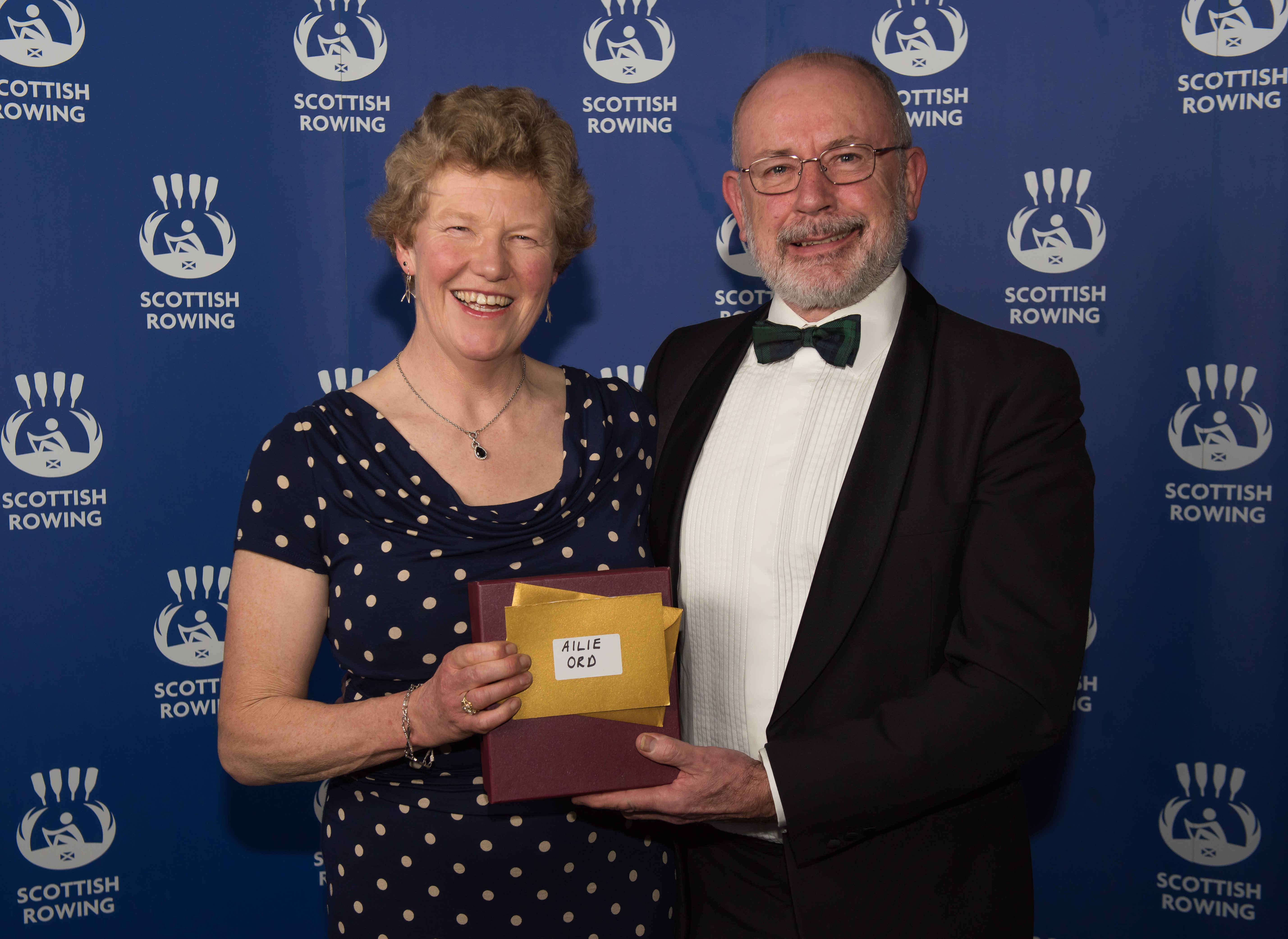 Success is measured in many ways – more medals and members, higher participation levels and better facilities being just a few. But Martin would like to follow through something else when he completes his tenure in three years’ time.

“If we can create a structure and an environment which enables our clubs to thrive and we can support them with tools to do their job, then that ultimately feeds not only the high performance level but the recreational aspect of rowing too.

“One of the things I’d like to be able to say is that we’ve been successful in enabling clubs to develop themselves and that rowing is firmly established at the very least as a recreational option in communities throughout Scotland.”