Eight Scots were announced in the team for next weekend’s first World Rowing Cup of 2018 in Belgrade, Serbia (1-3 June) - for three of the younger athletes named in the team of 54 there is a strong Edinburgh connection.

University of Edinburgh students, Gavin Horsburgh and James Temple (JT), have been picked for the men's lightweight double scull. Harry Leask, born and raised in the capital but now based in England with Leander Club will compete in the men’s single scull.

Although two of the three competed in World Cup events last season, this time will be different. In 2017 Leask was a member of an under 23 crew boat at the World Cup opener, whilst Horsburgh came in late to replace a sick crew member for World Cup 2.

But both proved their worth back then and again at selection trials last month at Caversham with a set of outstanding results.

Little had separated the lightweight duo when competing against each other in the single scull at these trials. Temple won the opening day’s time trial then the roles changed a day later when Horsburgh finished third in the A final and they finished the weekend as first and second under 23 athletes.

Good friends off the water, the two will now team up in the double scull in Belgrade next weekend coached by Colin Williamson, Head of Rowing at the University of Edinburgh. 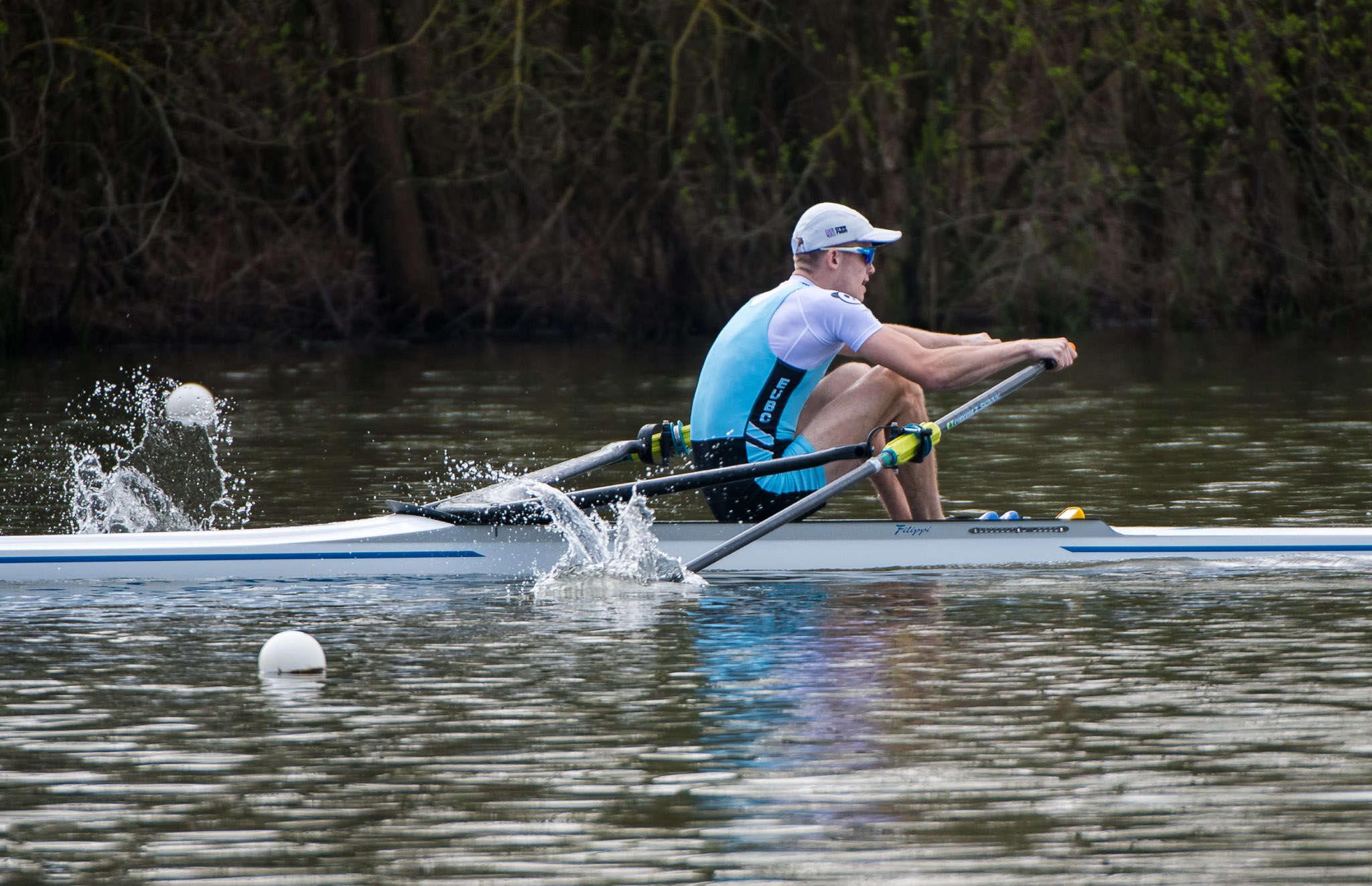 “JT and I have raced in the quad together,” said Horsburgh, who last summer won silver as part of GB’s senior men’s lightweight quad scull at the World Rowing Championships.

“But we haven’t raced a double yet so I’m happy about it to say the least.”

“We get on well together which is a good thing and as we both share the same flat, we literally live in each other’s pockets.

“It will allow us to move this boat together knowing that we pretty much have the same routine.

“It means we are going to get a run down the track and test ourselves against the best in the world at senior level, and under 23s racing at this event too.”

It seems the perfect set up for the duo who head south tomorrow as part of their preparations for World Cup 1. But, as both are still under 23 athletes, there is the wider-still appeal of hopefully racing the same boat in this age group at the season ending World Rowing Under 23 Championships.

“I think it makes sense to be in the same boat as we seem to be evenly matched in the singles and there was a fairly decent gap to the next group at the trials,” said Temple, delighted at being called up for the senior GB team for the first time. 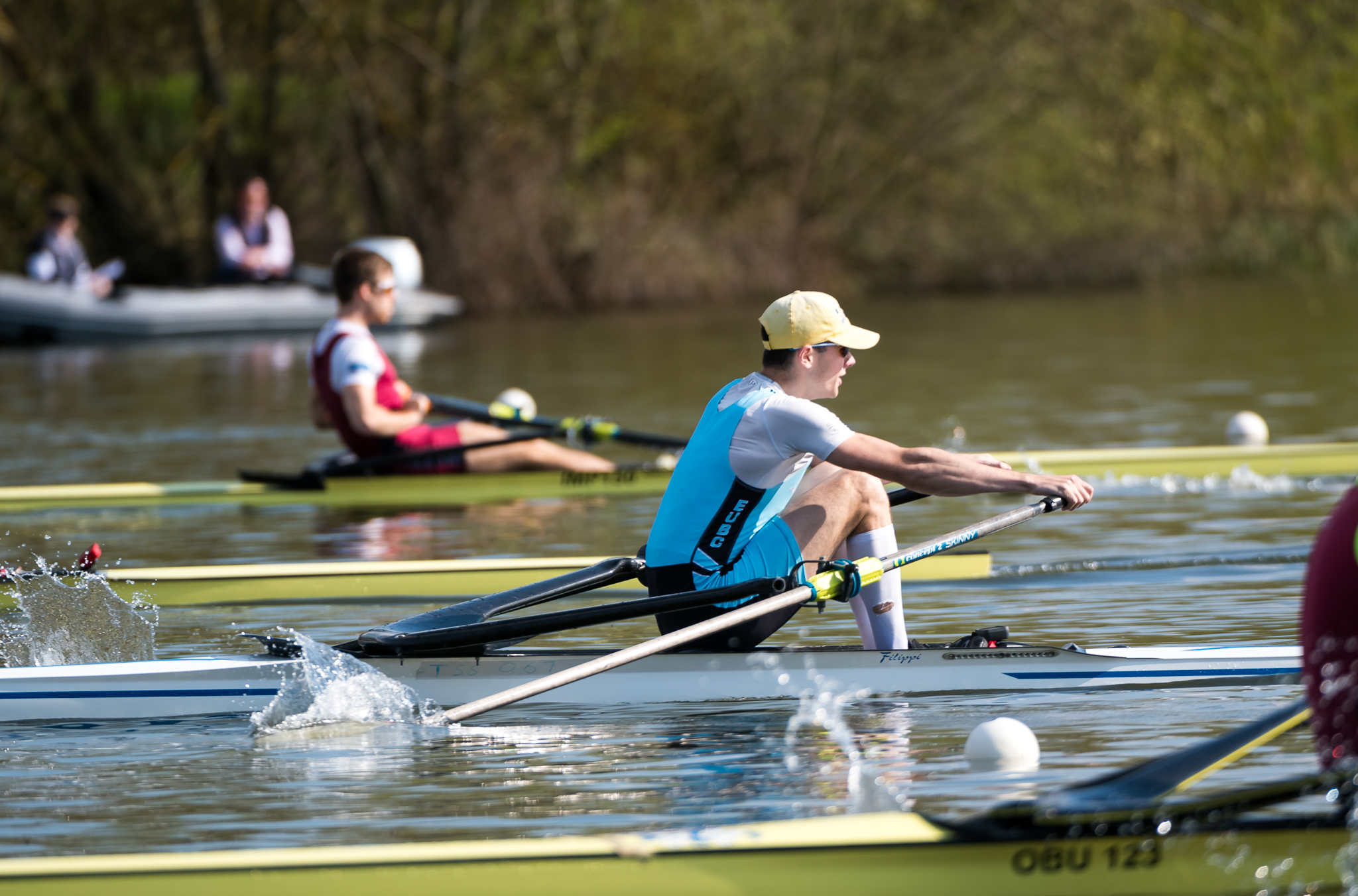 “It’s a really nice position to be in as an under 23 crew to come into a senior event and also to challenge the senior crews.

“Obviously we’re just getting used to the senior level so the pressure is on other crews rather than us, so I’m going to enjoy it as best as I can.

“That was certainly how I felt too at trials when I found myself up among the senior guys where I hadn’t expected to be. At the time I thought these are the moments to really enjoy.

“It also gives us an opportunity to get ready for the under 23 worlds and it means we can train together up here in Edinburgh.”

Horsburgh and Temple are both clear how much they have improved over the past year. Temple, who handed in his final year dissertation the day after selections, is hoping to extend his stay in the capital by beginning a masters degree at the University.

So highly does he value the rowing programme and the education at Edinburgh that he isn’t even considering going anywhere else.

At the other end of the country, 22-year-old Harry Leask, experienced the same exceptionally hard winter of training as the Edinburgh students but knows he has emerged a better athlete ready for the new season. 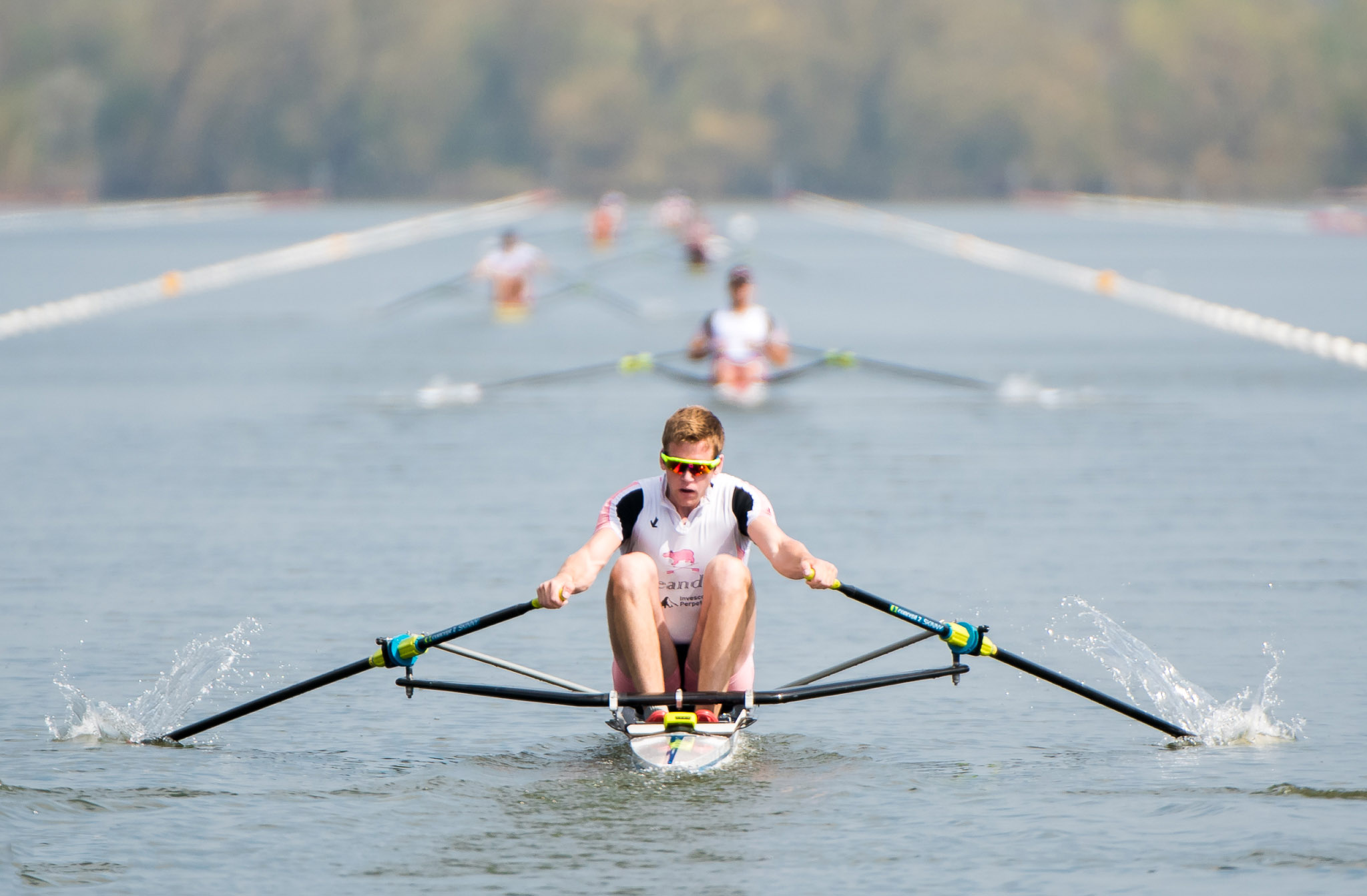 “It’s been a miserable winter, really tough, but really tough means that when you get to this time of the year everything becomes that bit easier,” said Leask, who previously had been a member of Clydesdale ARC and George Watson’s College Rowing Club as his own school, George Heriots, did not offer rowing for his age group at the time.

“But since last year I’ve stepped up massively and moved my game on with PB’s all around this year.”

Leask combines rowing at Leander with part time work for a grounds maintenance company, some of which is physical to the point it feels like an extra training session.

But proving the two fit well together, Leask, the only non GB squad athlete in the men’s single scull ‘A final’ at April’s selection trials, finished impressively in second place.

“It’s absolutely great to be selected because this is what I have been training towards, so it’s great to finally get here and be able to show what I can do,” said Leask, admitting he would love to race the single at other events this season but would also be happy in a crew boat learning from more experienced team mates.

“I went to the first world cup last year in an under 23 quad. That was a taster for what is now, being officially in the senior team at a senior world event. It’s very exciting.

“I’ve just got to keep on proving myself so the single is a good place to do that.”

Said Scottish Rowing’s Head of Performance Pathway, Lee Boucher: “I am delighted to see a strong Scottish cohort selected by the GB Rowing Team for the opening World Rowing Cup of the season. It is particularly pleasing to see a full GB crew made up of young Scottish rowers, developed in Scotland with a Scottish coach, getting the opportunity to take on the best in the world in an Olympic class boat.

“We wish the team all the very best in Belgrade as they look to put down a positive marker for the season ahead.”