Aberdeen Schools Rowing Association’s (ASRA) third place at the recent GB Rowing Team Junior Regatta in Nottingham set a new high water mark for the club.
ASRA athletes Robert Powell and Miles Beeson achieved the best Scottish result of the day, a third place finish in the junior men’s pair A final, three places higher than the club’s previous best at these trials.
That led to the pair being selected by the GB Rowing Team to compete at this week’s Munich Junior Regatta (5-6 May), an offer 17-year-old Beeson regrettably had to turn down in favour of a school exam the following day. 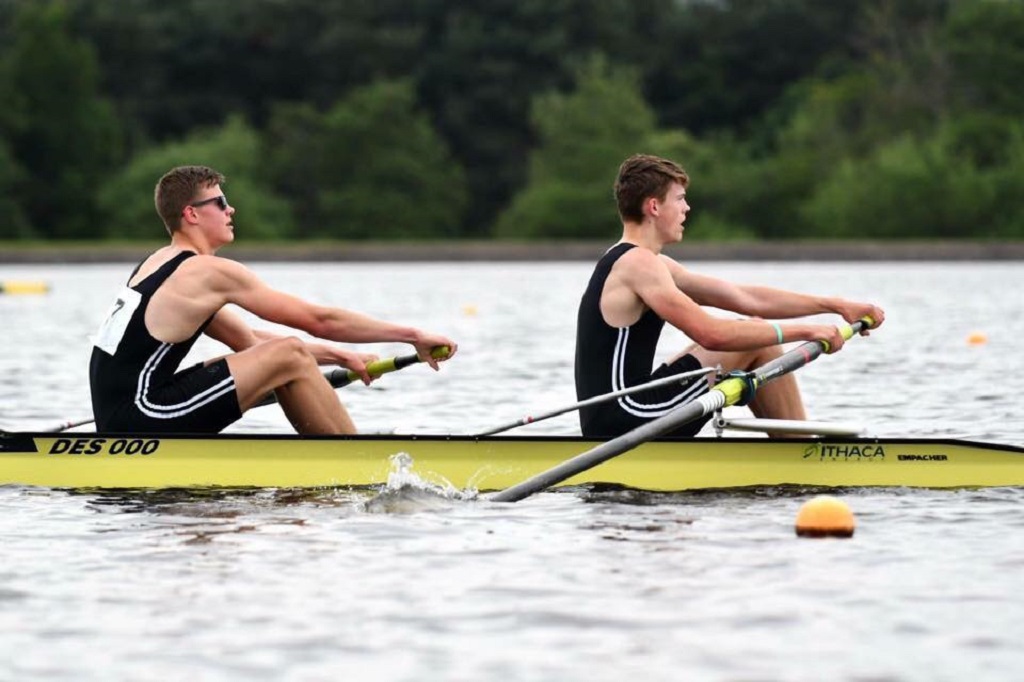 Powell however can attend and, having raced in GB’s junior team along with Beeson last year at the Coupe de la Jeunesse, is experiencing various emotions at the prospect of re-donning his GB kit.
“I’m pretty nervous for it because it’s a big thing seeing where you are and being part of the team, race with guys you’ve never raced with before,” the 17-year-old admitted.
“But I’m really happy to be picked and hugely excited.  It was great that Miles and I were third last weekend in the pair at GB trials.
“Throughout the season we have done better than we ever have before, both individually and at a club level.”
Fate has played a part in this perfectly matched pair’s progress.  Having spent most of his life abroad, Beeson joined Albyn School in senior two.  The school offered rowing in games lessons but it was only when his parents sent him along to a learn to row week at ASRA – the aim being to meet new people of his own age - that Beeson took to the sport almost instantly.
At the point he was “hooked” he suggested to the then equally lanky Powell, the first friend he made at Albyn, to join him at ASRA sessions.
Four years on the pair have developed beyond anyone’s expectations.  Both are full of praise for ASRA, their coaches, and the rowing facilities which they believe are on a par with anywhere else in the country.
“The club is really structured in its training which really helps,” said Powell, who trains six times a week with ASRA.
“We have a fantastic training facility with great equipment all round, some of the best we have in Scotland, if not the UK.
“And it’s good to have so many good athletes around you at the club.  As a junior I was always training with older ones which really pushes you on.” 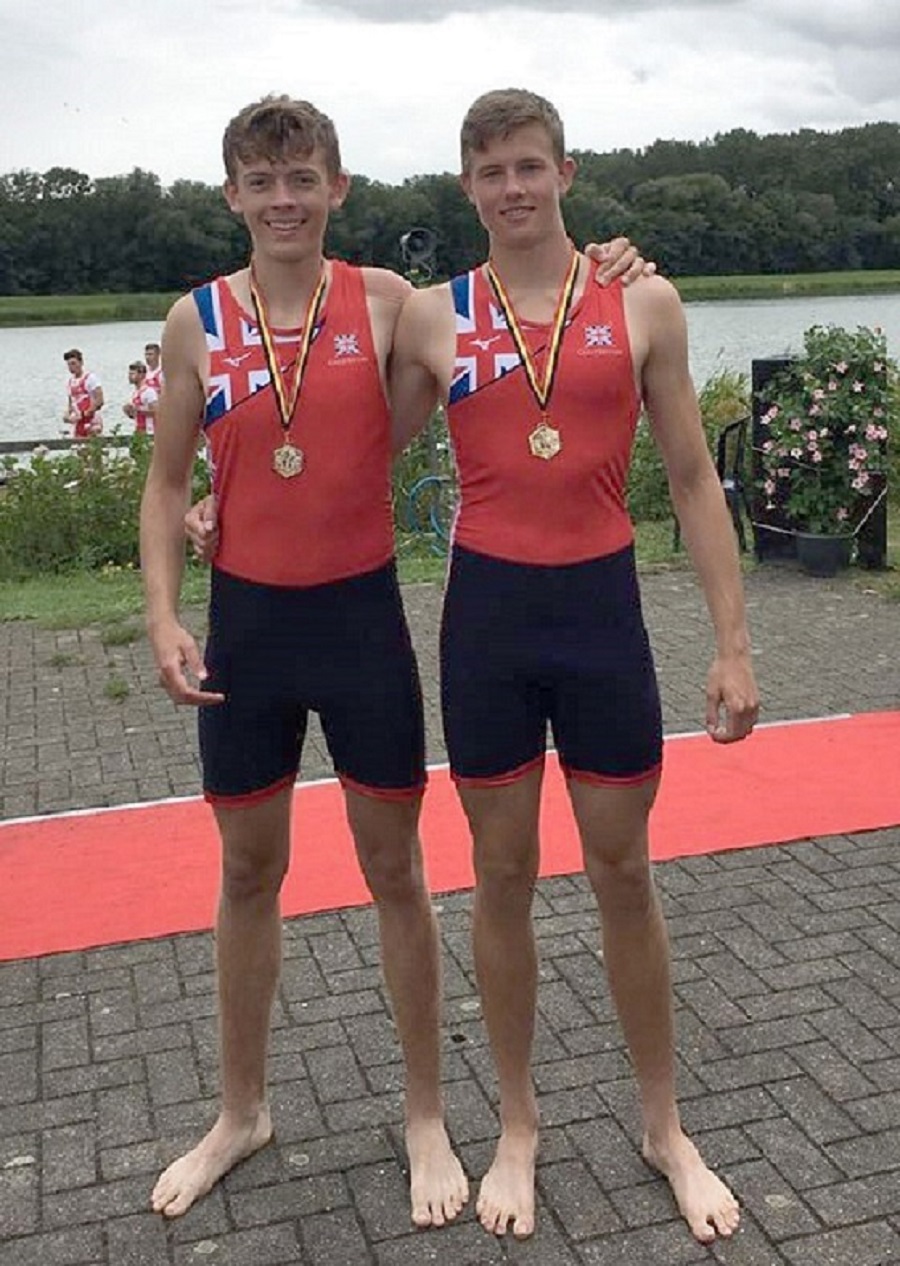 Now almost fully grown, Powell and Beeson measure around the same 6’6”, although Beeson points out proudly that, despite being a year younger in rowing terms, he currently holds a height advantage, of 1.2cm.
“Physically we are perfect to be pairs partners,” explains Beeson.  “You’ve got to row exactly the same and it helps the boat go straight because we are the same strength.
“We’ve been friends literally since I’ve arrived in Aberdeen and we train together, which is a big part of rowing.
“Moving a pair fast you’ve got to know how to make the other person work well with you and that’s what’s really helped us get some good speed along with Jonny’s (coach Muir) training programme.”
Powell and Beeson are supported through the Scottish Rowing Performance Development Programme which offers them access to support services provided through the sportscotland institute of sport in Aberdeen.
Said Scottish Rowing’s Head of Performance Pathway, Lee Boucher: “Robert and Miles have proven themselves to be amongst the leading junior rowers in Great Britain this season and I am delighted that their achievements have been recognised by the GB Rowing Team with Robert set to compete at the Munich Junior Regatta this week.
“They both have an exciting future in the sport and we look forward to following their progress.”
Strength and conditioning training under the guidance of an institute physical preparation coach is combining perfectly with rowing.
“The support makes a massive difference,” said Beeson.  “It allows us to make sure we are doing everything right because we have long limbs and you hear of so many people getting injured doing weights.
“The institute coach is making sure we develop that base which is so important.  The strength is definitely coming through on the rowing machine.”
Powell and Beeson’s fine result has not been the only success for ASRA this season.  Back in March the Association became the first Scottish club to win two categories at the Schools Head of the River race on the Thames.
Winning the Junior Championship Junior 15 eights race in a time of 17 minutes and 54 seconds set a new course record for the class. Following up with a second gold ASRA’s Junior 16 coxed four proved the club’s developing depth in the sport. 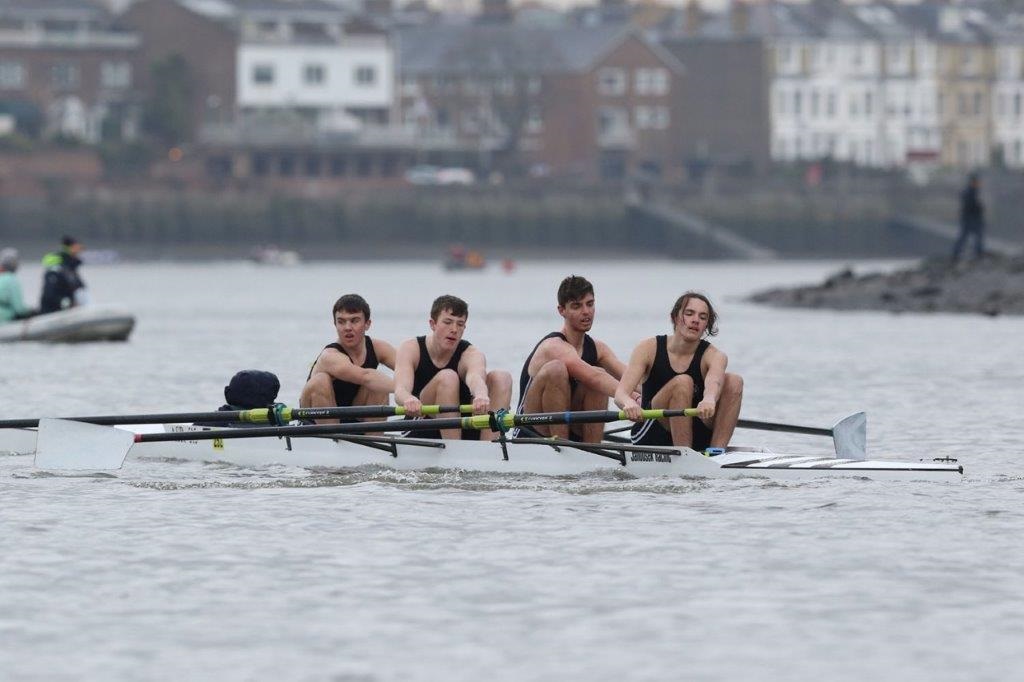