Aberdeen’s Robert Powell has high hopes for the ASRA team heading to the National Schools’ Regatta this weekend at Dorney Lake, Windsor.  And he has every reason to be confident.
Earlier this month the 17-year-old raced for the GB Rowing Team in the Munich Junior Regatta, winning three gold medals in one weekend.
“I was hopeful going into the regatta but it was pretty surprising to come away with three golds,” said Robert who won races in the four and eight.
Understandably it was a heavy weekend of racing – “gruelling” he admitted - in  boats of unfamiliar athletes put together for the regatta at short notice.  But, having raced for GB in the Coupe de la Jeunesse last year, Robert knows it’s something you just have to deal with.
“It’s a bit of a challenge going from the eight at ASRA into an eight at GB with eight different clubs in one boat, all with different rowing styles, and all put together very quickly,” said Robert before explaining how he coped with the pressures of racing so many times in one weekend.
“A good winter season and a good past couple of years has prepared me for being able to jump out of the boat and then race again within an hour or less.
“The whole GB circuit and everything we do up here prepares us for having multiple races on one day and having to perform at your absolute best.
“Munich was a great experience and it’s given me a lot of confidence for the season ahead as well.”
His ultimate aim this summer is for a successful final selection trials which would open the door to a place in the GB junior team for the World Championships.
But all that happens after the National Schools’ where Robert hopes to better his results from the last two years – medals on both occasions for him and team mate Miles Beeson in the pair. 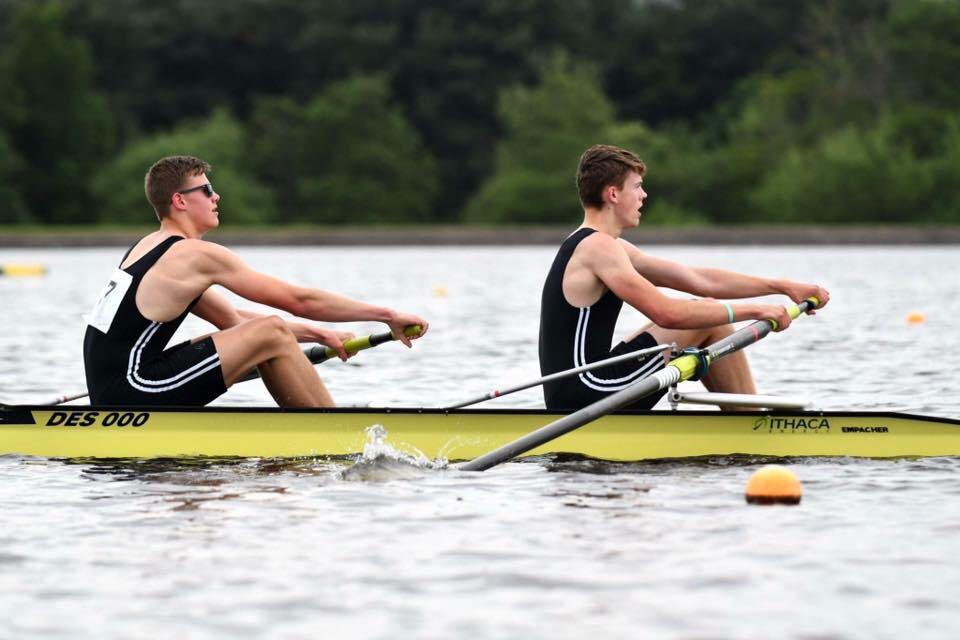 “We’ve got the eights on Saturday then Miles and I have the pair on Sunday,” he said.
“Both of those should be pretty good races and I’m looking to bring as much experience into the eight as I can having raced at Munich.
“We got bronze the last two years so we are looking to get more than a bronze this time.”