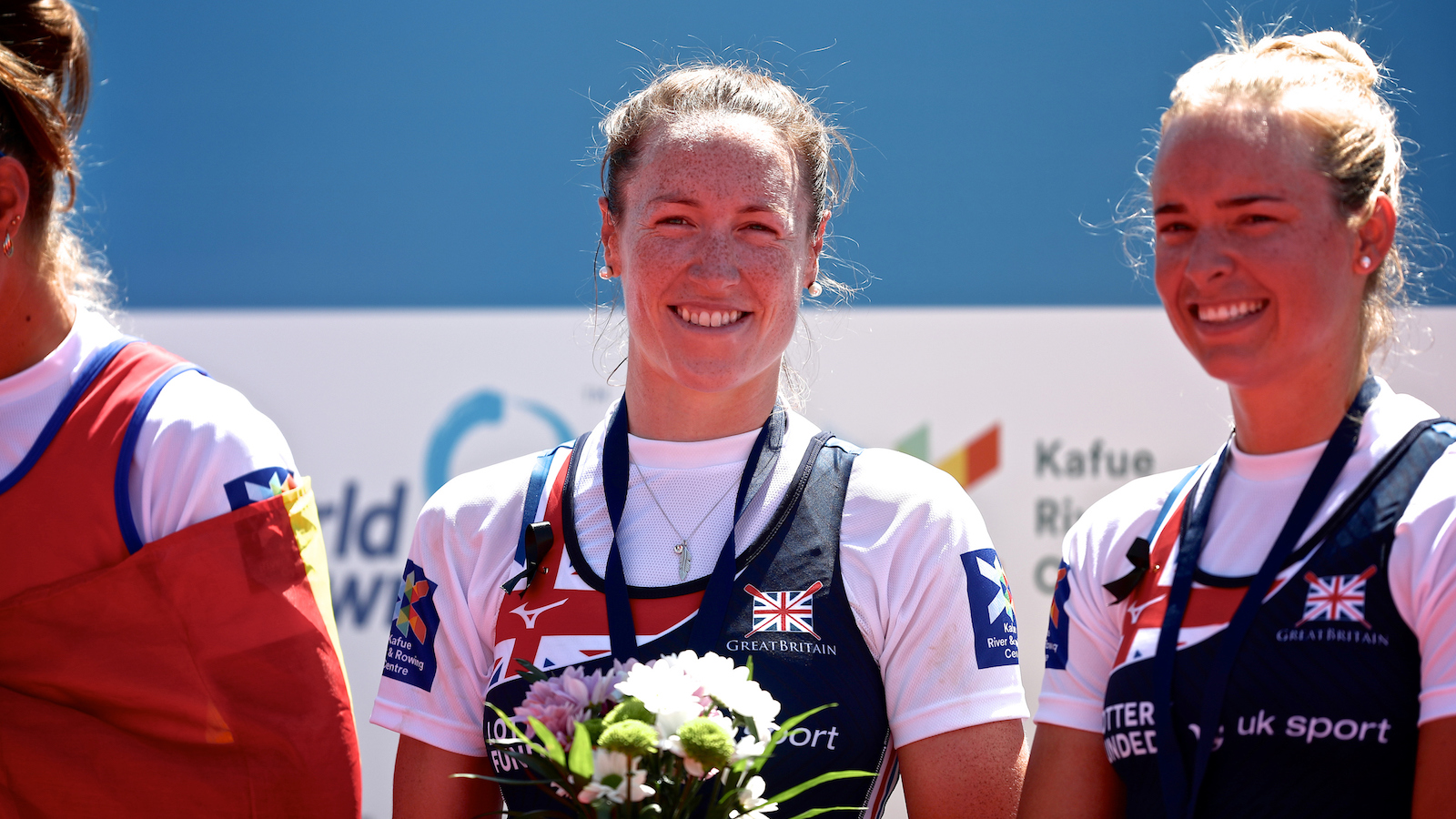 There has been plenty of time to reflect on things recently. I’ve taken the time to think and briefly write about my time in the GB rowing team in the build up to the Rio Olympics.

In May 2015 I managed to get invited to train with the GB Womens team. That summer I gained a lot of experience racing, as a spare pair at 2 World Cups then a 4- at the World Championships where I won a silver medal. Coming back after the Worlds in 2015 I was very aware it was going to be an extremely tough year to get myself into an Olympic boat. There were a lot of strong and talented women around. The 8+ had placed 4th at the 2015 World Championships which meant they qualified the boat for the Olympics. I knew there was scope for me in that boat and that was the goal.

The first few months of the 2016 season were all about doing a decent performance at trials. I’m not the best in my single but it was about placing well enough to be invited onto the next training camp. When that happened, I had to survive the training and get the best out of myself and the programme. The first set of testing that year happened in December. I was the newbie that had nothing to lose so I knew I had to race my way up the ranks. This was the first of 21 seat races that happened in the 2016 season, and out of all of my racing, I made it in by a cumulative 0.54 seconds. I was so close to not even being on a flight to Rio for the Olympics.

That kind of tough, stressful, high pressure racing creates bonds. Going through it all together, and knowing the way each person feels when their name gets called to swap at the end of a race. Knowing that everyone is trying their best for each other and going as fast as they can to make the best boat possible.

I believe that when the 8+ was announced in 2016 we had all been through a lot together. I remember our first session together. I was so happy and relieved, it felt so easy and effortless. There was an obscene amount of power, talent, experience and determination in that boat and all I had to do was slot in and follow what had been set up over the years.

We did our first race in Brandenburg, Germany at the Europeans and won a gold medal to become European Champions. This was probably one of my favourite races as it was our debut. The weather was horrific (huge cross wind) and we started off cautiously but soon found our speed to come through and take the win. We raced World Cup 2 and placed second which followed a few more seat races when we got back. We went to the last World Cup without our coach as he was diagnosed with testicular cancer. We had some tired legs in the boat for the final world cup and placed second which wasn’t ideal as it was our last regatta before the Olympics. We took away our learning from each regatta and set off on our pre-Olympic training camps.

We were reunited with our coach who got the treatment he needed and was thankfully OK. We spend a lot of time with each other on training camp and if you don't know the way each person works before, you soon find out. We share rooms, eat together and obviously train together. We share all of the emotions; tiredness, laughter, crying, whatever they may be. The experience you have on a training camp all adds to what you’ve done together and how you’ve supported each other.

It wasn’t just about the things we had experienced together that made us the unit we were. It was each individual in the boat. Each person brought something special to the crew and had their role to play. I’m not sure if we were aware we were doing it, it just happened and it worked. We were honest and communicated well. I think that is pretty key when working with a group of people.

I remember there being a lot of illness on our big mileage camp, and as an 8+ we were desperately trying to avoid becoming ill as nobody wanted to have any time out of the boat. The main bit of river we trained on was flowing very fast which wasn’t ideal as it becomes very hard to feel anything to do with the boat. We then took the decision to train at a canal about 30 minutes away from our accommodation and later relocate to a different country all together.

We all dealt with the changes very well and made the best out of the situation we were in. After a quick stop off in the UK we were off to Rio. Everything was so exciting, even being at the airport; we had a breakfast arranged for us then we got to spend time in the BA lounge before travelling to Rio in business class. When I got on the plane, I sat in my seat and probably annoyed everyone around me as I was playing with the buttons on the chair and screen as I’d never sat in business class before.

Collecting our luggage after we arrived in Rio was a bit tricky as we all had the same luggage bags. There was a sea of red. We put our names on the provided tags but I remember I wasn’t one of the smart ones to put something recognisable onto my bag to identify it. We were driven to our hotel by coach. We didn’t move into the village until racing was over for various reasons but we were very lucky to be staying in a nearby hotel which suited us perfectly for racing. The first paddle out in Rio was all about taking in the scenery and checking where the markers were etc. The lake was situated in centre of city, between Ipanema and Copacabana so there were lots of things to look at. The famous Christ the Redeemer was looking down on us on the start line and in the distance were favelas.

Our heat was on Monday 8th August which we won and went straight through to the final scheduled for Saturday. I was very nervous for my heat, but I managed to keep my nerves low by telling myself it was OK if I messed up as we would still have another chance. When we got to the final there was no second chances. It wasn’t just the support from my family, the hard work and time and that I had put in, my team mates put their trust in me and I didn’t want to let them down. I knew it was going to be the last race for a lot of them, therefore their last chance to win a medal at an Olympic Games. All those years had come down to those 6 minutes.

Sitting on the start line knowing that the next 6 minutes would define me as an athlete - success or failure. A lot of people ask me about my Olympic final. They ask ‘did you plan to go off slow?’ and ‘what your cox call to turn the race around?’. To be honest, I don’t really remember that much of it. I was so focused on what I was doing I think I blocked out everything that was happening around me. I remember it wasn’t our best rowing. I was a nervous wreck before the race and I remember thinking how much I hated doing what I was doing, and why would I put myself through this. My team mate behind me gave me a bit of comfort after we boated for our final. She said “don’t worry my legs are like jelly too”. My hands were shaking on the start line, I was trying to breathe and wipe any negative thoughts from my mind. Before I knew it, it was the role call and ‘attention’ had been called. As soon as I took that first stroke, everything from my mind disappeared and the job at hand was so clear and simple. One stroke at a time. I was so focused in the first part of the race the silence only dawned on me half way through. I was then well aware we were out the back of the field and had a lot of water to make up. We stuck to our plan and executed that second half of the race to take us through to a silver medal.

We didn’t know we had won a silver medal for a little while (felt much longer than it probably was). There was a photo finish for the silver and bronze. In that moment, the fear that we may have under performed to get a bronze medal sounds ridiculous but that season we had only ever won a gold or a silver. The silver medal was so much sweeter and such a relief after having those moments to think.

I’ll never forget the party that night. My mum and dad were out in Rio and we partied to the early hours of the morning together. Sharing the moment with them was very special and to be part of a phenomenal group of women is something I’ll always be proud of.