The winter might be far from done but 20 year old Edinburgh University Boat Club athlete Alex Rankin has already made good gains, with PBs on the ergometer over both five and two kilometre.
It’s no secret that, as part of the Edinburgh programme, Rankin has been following a training approach which, particularly over the winter months, incorporates high volumes of UT2 training.
For the uninitiated, UT2 training builds aerobic capacity via base level work at intensities between 65 and 75% of maximum heart rate, avoiding athletes sliding into the middle ground of working too hard for low intensity sessions but not hard enough at the higher end.
For non-full time rowing students it’s more important than ever that they use training time effectively.  As a Scottish Rowing supported athlete Rankin benefits from the support of the sportscotland institute of sport with physiologist Peter Bonner just one of a number of people making sure supported athletes work at the right intensity.
“As rowers we’ve all grown up thinking that the harder you try the faster you get,” said Rankin, who last summer narrowly missed the podium as part of the GB women’s eight competing in the World Rowing under 23 Championships. 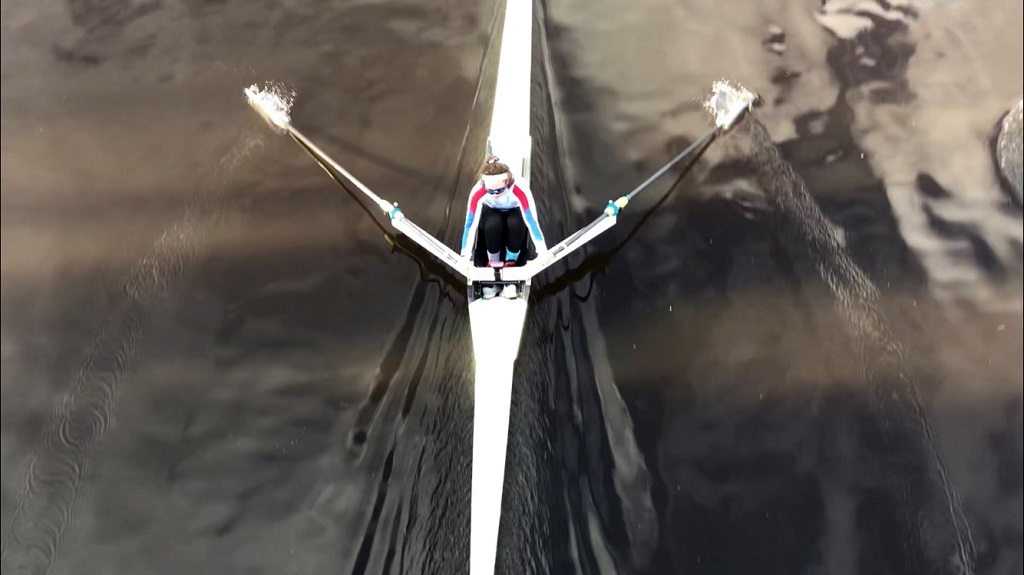 “So it was very difficult at the start to stay within the UT2 range because it sometimes feels like you’re not trying as hard as you should.
“The support you get from the institute is great and Peter has done a lot of research looking into removing that middle ground that we get stuck in quite a lot.
“I realise now that I don’t need to tire myself out or work too hard to get the same gains and there’s a time and place to do that to absolutely wreck ourselves.
“We’ve seen that my ergs are getting faster when I’m doing test pieces.  So the UT2 training must be working. “
Her EUBC coach, John Higson, finds it particularly rewarding working with athletes like Rankin.  “This type of training certainly requires foresight,” he said.  “And Alex is an athlete who can see the bigger picture, that in order to go fast at certain times you need to be willing to go a bit slower at others.
“It’s about doing the right kind of training and Alex is a good example in that she takes the UT2 very steady, which then means she’s got the energy to really hit the hard stuff hard and push boundaries.”