Andy Barton, the popular former Director of Rowing at Glasgow University BC who oversaw roaring growth at the club, has been appointed Scottish Rowing’s Club Support Manager.

In this new role, which comes as part of Scottish Rowing’s Regional Development programme relaunch, Barton has responsibility for developing the tools and resources to help club leaders manage and build successful sustainable clubs. As part of his remit he is also the regional lead for the West.

Then after a year’s coaching in South Africa he took on Glasgow University’s Director of Rowing role and oversaw huge growth in participation and membership to 185, some of whom progressed to the Scotland and Great Britain Rowing Teams. 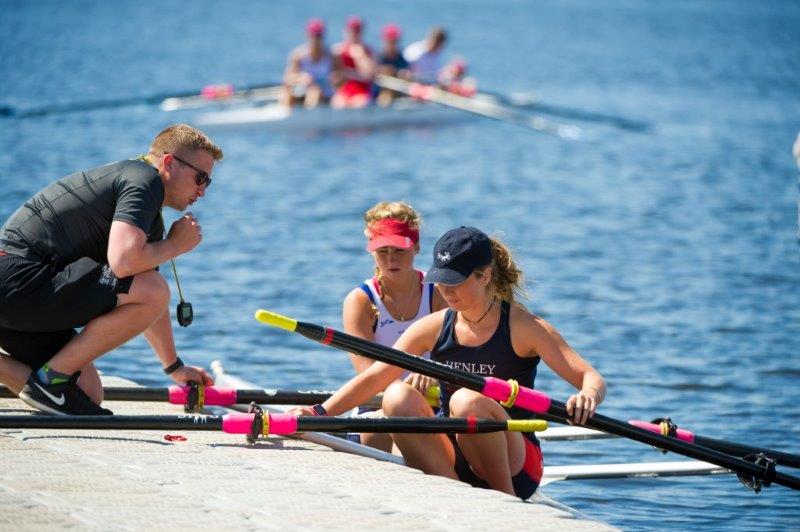 A year into a graduate management programme with Enterprise, Barton saw Scottish Rowing’s job advert and jumped at what he saw as the perfect opportunity to return to the sport.

“This opportunity fitted perfectly with all the experience I had built up in rowing,” Barton said.

“My job at Glasgow University might have been Director of Rowing but for the first couple of years I was the director of everything, a large part of which was developing every aspect of the club.

“As things developed, we secured funding for additional paid coaches and developed our volunteer coaching structure.

“That enabled me to have a much better view of how we could move the club forward and give every rower the best opportunity to enjoy the sport at whatever level they desired.”

The similarities with his new role become clearer when Barton explains that much of his work at Glasgow came down to being efficient and making the most of the resources clubs already had.

“When I joined the club in 2013 we had 105 members, which was a very healthy level compared to previous years.  I think most people felt we were pretty close to capacity and would struggle to take any more newcomers on.

“But we grew the club each year and took the numbers up to 185 by 2017 and I still didn’t think we had reached full capacity.

“We looked at how many hours we had in a week and the space we had available for training.  From there we worked out how to fit people into sessions.

“In the process we found out we had so much more space and this allowed us to introduce more training groups with their own unique goals.

“In my opinion by creating the opportunities for the club to grow in numbers, the club culture organically grew too, which was very pleasing to see.  In the same way I’d like to help clubs review their current practices and discuss ways of making things more efficient.”

Barton believes there is some great work already happening in Scotland’s rowing clubs and, whilst he believes the sport needs to get better at sharing best practice, he is planning to get around to every club and share the word.

“We need to make sure every club finds a benefit from working with Scottish Rowing in some capacity,” he continued.

“My first aim is to engage with our clubs, meet as many key people as possible and make sure Scottish Rowing increases its presence on the rivers and lochs.

“Ultimately, I’d like our clubs to reach the position where anyone can come and try the sport, join a club and enjoy it to whatever level they want.

“We want to work with clubs that have the appetite to develop themselves. It could be a club that is pushing for community engagement, or adaptive rowing, a club interested in pushing towards a performance program, or a club that wants to do a bit of everything.”

Scottish Rowing’s relaunched regional development programme recognises the need to increase the focus on key strategic areas such as competition, coaching and volunteering and targeting support for our clubs more effectively.

The three Regional Development Manager (RDM) positions*, made possible by sportscotland investment, have an operational responsibility for one of the areas identified as a critical priority in the strategic plan for 2017-21 in addition to existing regional responsibilities.

“Scottish Rowing is in a really good position now in terms of how we can help clubs,” Barton added.

“Lee Boucher, as the Performance Lead, is helping athletes at the stage where the clubs have supported them to the level where they’re looking to make the step to national level.  His experience is already providing our clubs with the tools to support their members to take that final step towards national teams.

“In the three RDM roles I’d like to see us being there at the start of the process so we can help enable clubs get new members, new funding sources, develop facilities and equipment and develop the people in our clubs.”