Robyn Hart-Winks came away with the lion’s share of medals as Scotland topped the medal table at the inaugural Commonwealth Beach Rowing Sprint Championships in Poole, Dorset.
Hart-Winks had competed for the GB Senior Team at last summer’s World Championships but, following a year where she has focussed largely on her PGCE with rowing taking a back seat, the two-day competition on Sandbanks Beach turned out to be the ideal year end. 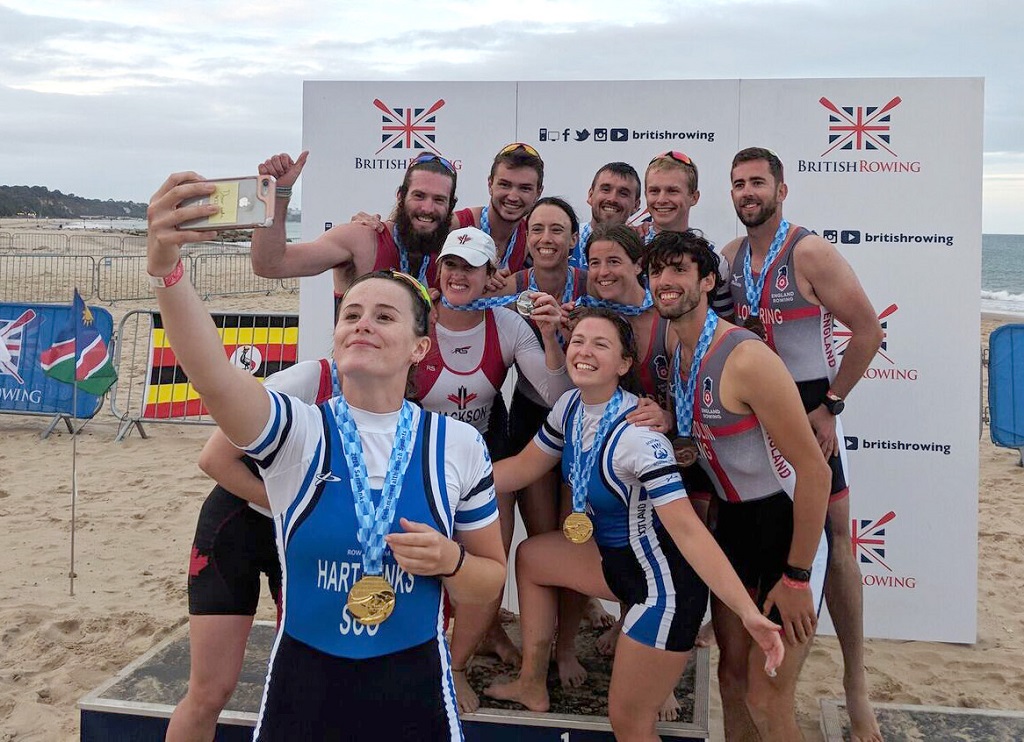 She won golds in the Women’s Single, Women’s Double (with Alex Rankin) and Team Relay, plus silver in the Quad.
Scotland won medals in all six events, Gregor Maxwell taking bronze in the Men's Single before joining forces with Kieran Brown to win gold in the Men's Double. 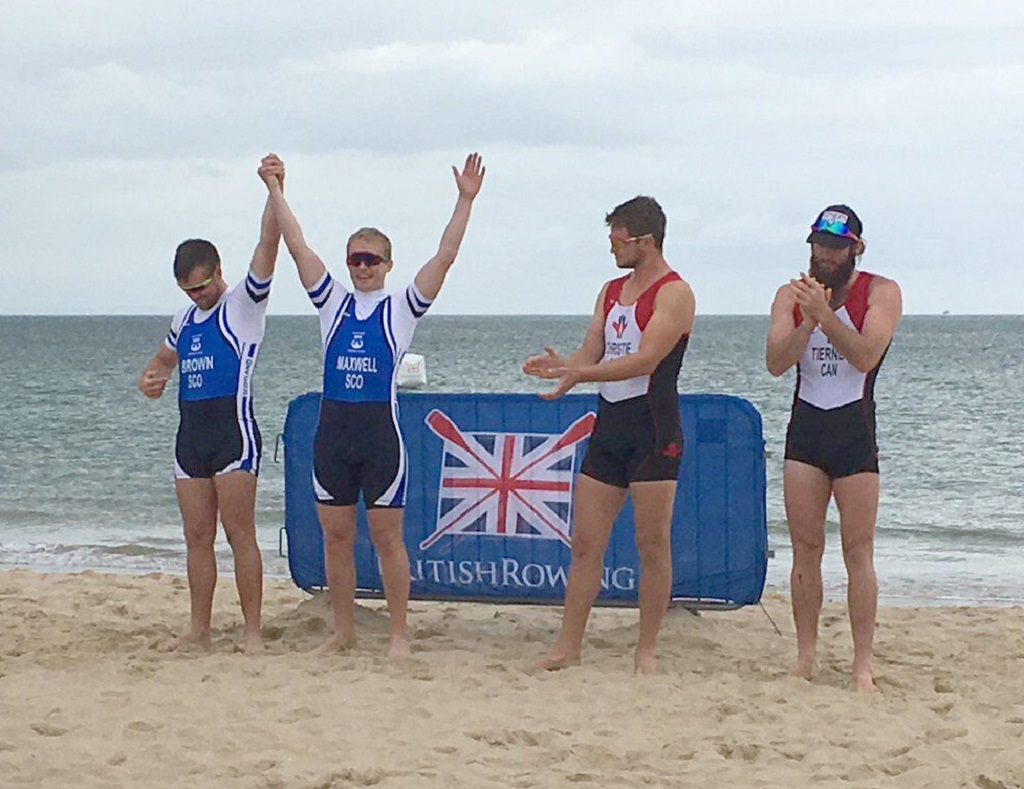 “I only found out about the Commonwealth Beach Sprints a few weeks ago from Gregor Maxwell and this was the week that I’ve blocked off for going home,” said Hart-Winks.
“It sounded like a lot of fun so I decided to come and do this instead which it turned out was a good decision and it was nice to get the Scotland kit back on.”
So, undoubtedly it was fun but just how serious does Hart-Winks consider this new competition?
“On day one when we first went out in the boat we were a bit apprehensive,” she replied.
“But very quickly it became clear that it was going to be a lot of fun and the racing was serious enough that you really wanted to win. 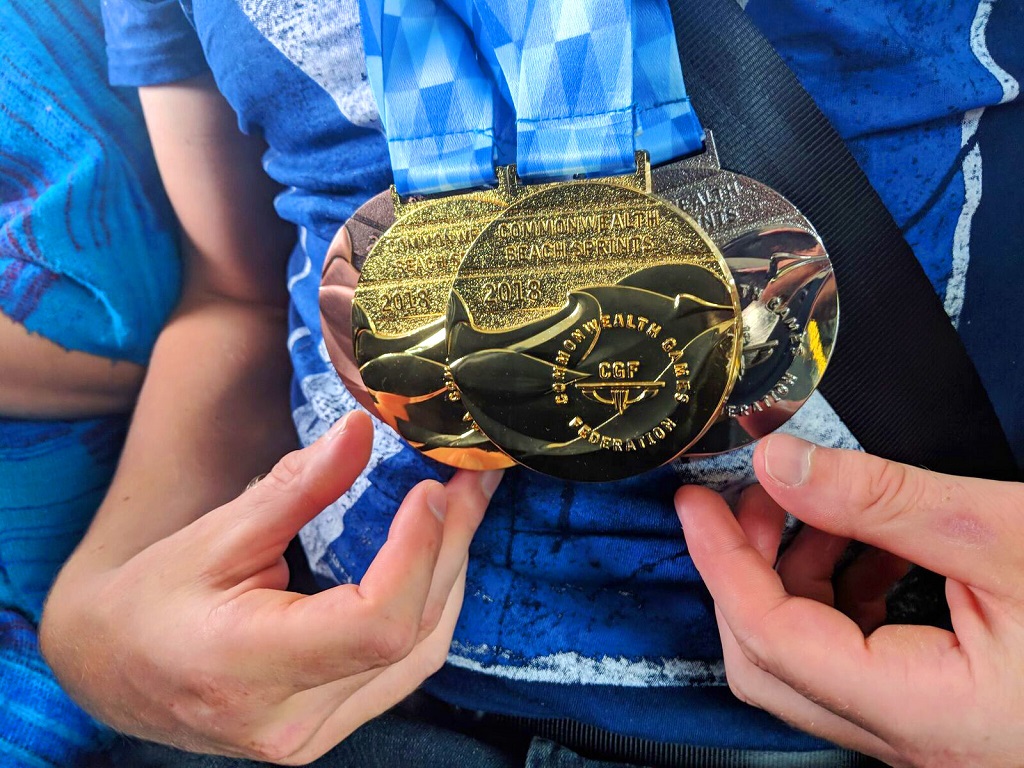 “Considering it’s such a short distance it’s so physically hard, the conditions are so changeable and there is nothing like having to backward roll out of the boat and run on sand after you have put everything into rowing.
“Sand has no spring whatsoever and your legs are already so heavy from racing.  You definitely have to be fit and strong to do it.
“And, because of start where they announce the athletes you get a bit of a pose on and play out to the crowd, you definitely get more of a buzz from it than normal rowing. 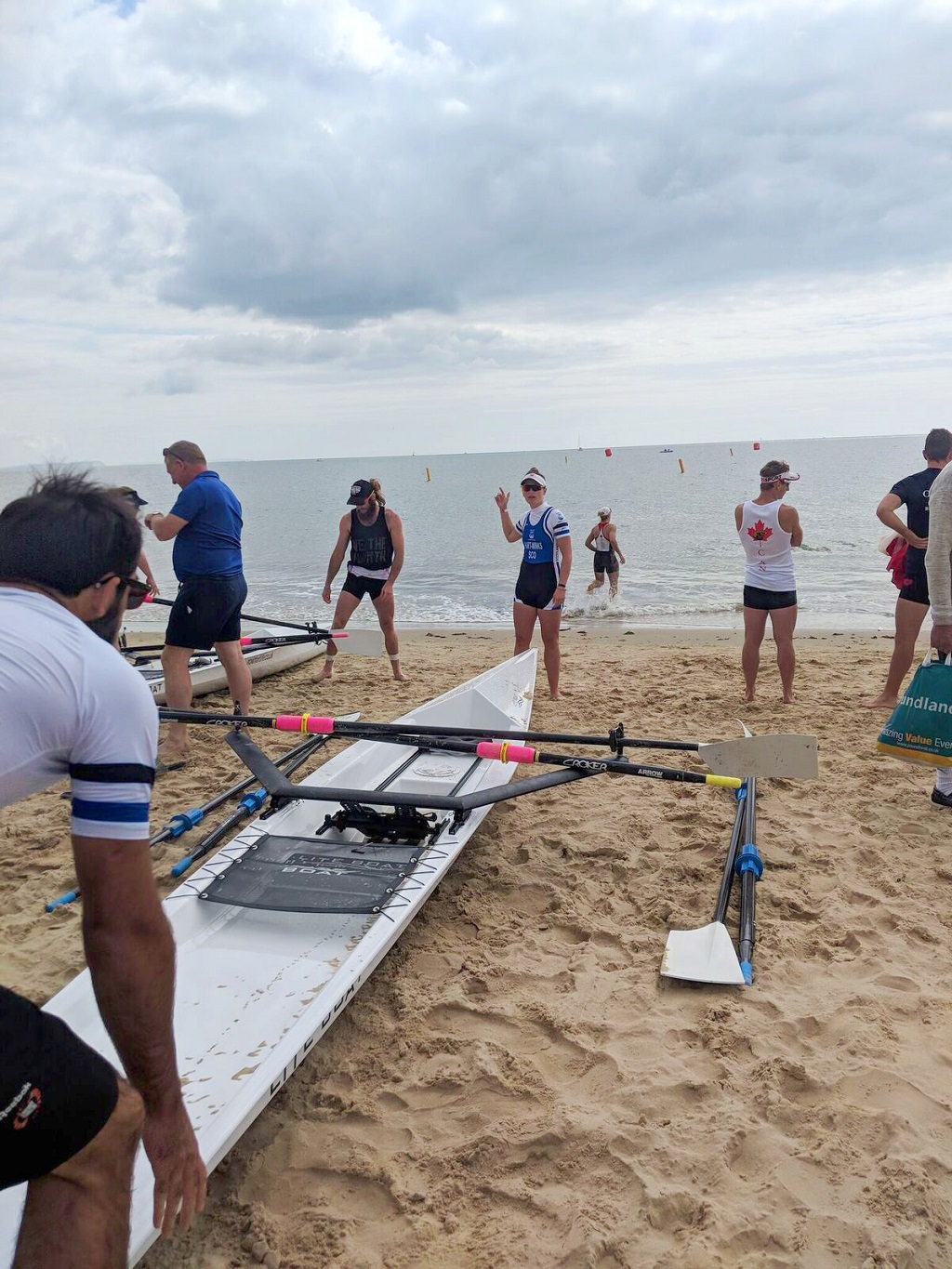 “It’s an event that should and hopefully will run again.”
Having now completed a straight seven year spell at university, Hart-Winks plans to resume the GB trials process for the 2019 season.
Well done to the whole Scotland team of Kieran Brown, Robyn Hart-Winks, Gregor Maxwell, Alex Rankin and Adam Hardy (Team Manager) on a brilliant performance.