In the last final of the third day of the European Championships at Strathclyde Park, the British women’s eight, with Scotland’s Olympic silver medallist Karen Bennett and Katherine Douglas aboard, both from Edinburgh, overtook the Netherlands to grab silver medals as they then closed down on the eventual winners, the world champions from Romania. 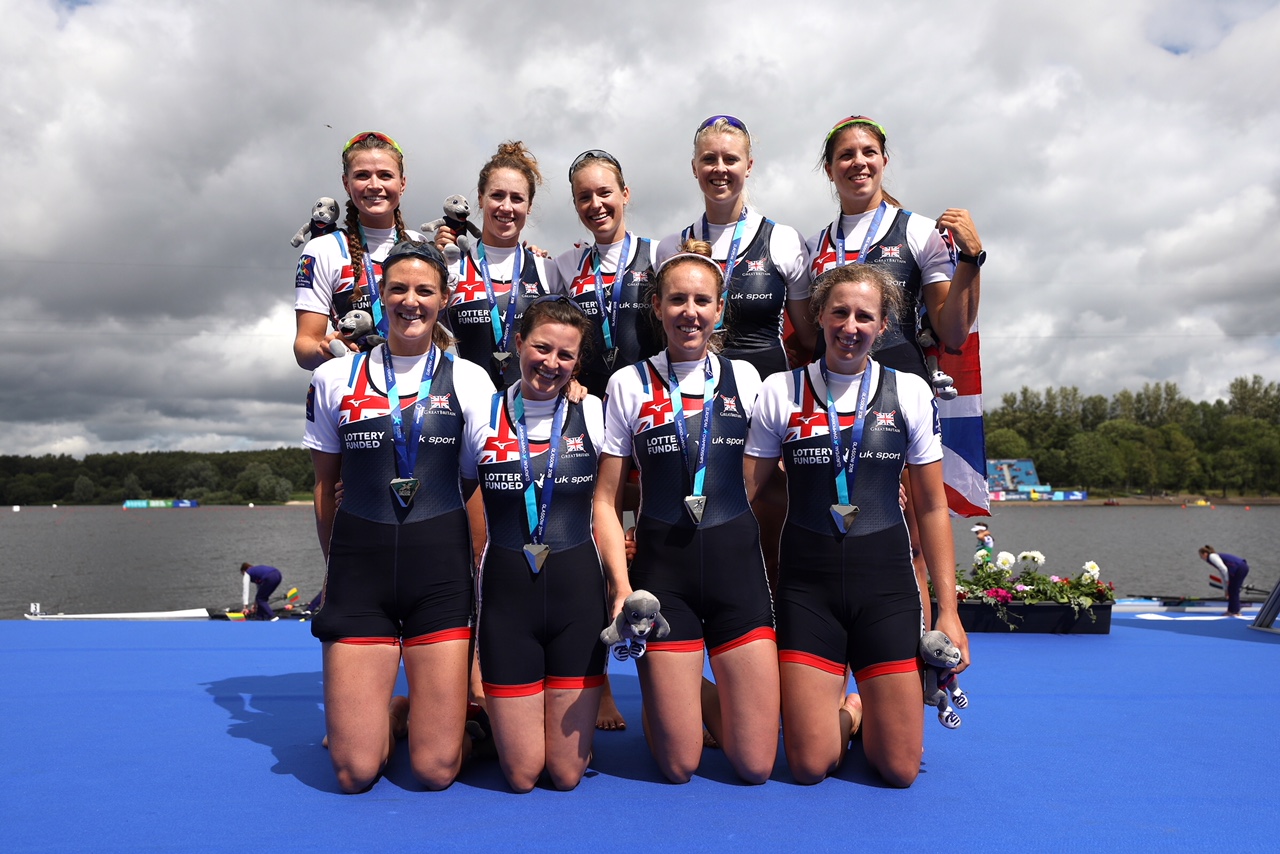 The other two Scottish women in action faded out of the medals, with Glasgow’s Rowan McKellar and her partner Harriet Taylor finishing fifth in the pairs final – a race won by the Romanian duo of Madalina Beres and Denisa Tilvescu, who returned to race as stroke pair in the Romanian eight.

Edinburgh’s Melissa Wilson was in the British quadruple sculls crew that finished fourth in a race won by Poland.

Earlier Edinburgh’s Harry Leask continued his fairy-tale at this regatta after being drafted into the men’s double sculls crew to partner Jack Beaumont because of a last-minute illness for Glasgow’s Angus Groom.  The British double scullers battled all the way down the course with Poland with the lead between them changing stroke-by-stroke at one point.  At the finish line, the British due crossed ahead of the Poles by just seventh hundredths of a second.  These two will face each other again in Sunday’s final.

While Saturday was finals day for the Scottish women in the British team, it is the turn of the Scottish men on Sunday, with Alan Sinclair from Inverness racing for Great Britain in the men’s eights final, as well as Leask.

During Saturday’s finals, Scottish Rowing’s Honorary President Dame Katherine Grainger DBE was called into service in her role as Chair of UK Sport to distribute mementos to the medal winners, bringing to mind that the last time she appeared on the medal podium at Strathclyde Park was before her stellar rowing career took off, as she was one of the medal-carriers when the 1996 World Championships were staged on Scotland’s Olympic-standard course.

Sunday is the last day of rowing at these Championships, and full information – including ticket arrangements - is available on: www.europeanchampionships.com