All Scots Still in the Medal Hunt

All six Scottish athletes in the Great Britain team at the European Championships have kept their medal hopes alive.

With Edinburgh’s Harry Leask already in Saturday’s semi-finals, courtesy of a heat win on Thursday with new double sculls partner Jack Beaumont, the other five Scots were in action on Friday.

The British women’s pair of Glasgow’s Rowan McKellar and Harriet Taylor sealed their final in style, dominating their repechage race, leading from the first stroke to the last.  Second-placed France also qualified for the “A” final from this race.

The British women’s quadruple sculls crew, with Melissa Wilson from Edinburgh on board, also led their repechage from start to finish to move onto their “A” final on Saturday afternoon.

The British women’s eight featured the Edinburgh duo of Olympic silver medallist Karen Bennett and Katherine Douglas and, with only three entries in their event, they were already assured of a place in their medal final on Saturday afternoon before they took part in a “test race” alongside Romania and the Netherlands. As they raced, no doubt all three crews were trying not to completely show their hands before that final and, although the British eight finished third, just half a second covered all three crews across the line in a blanket finish, with the reigning world champions Romania finishing first. 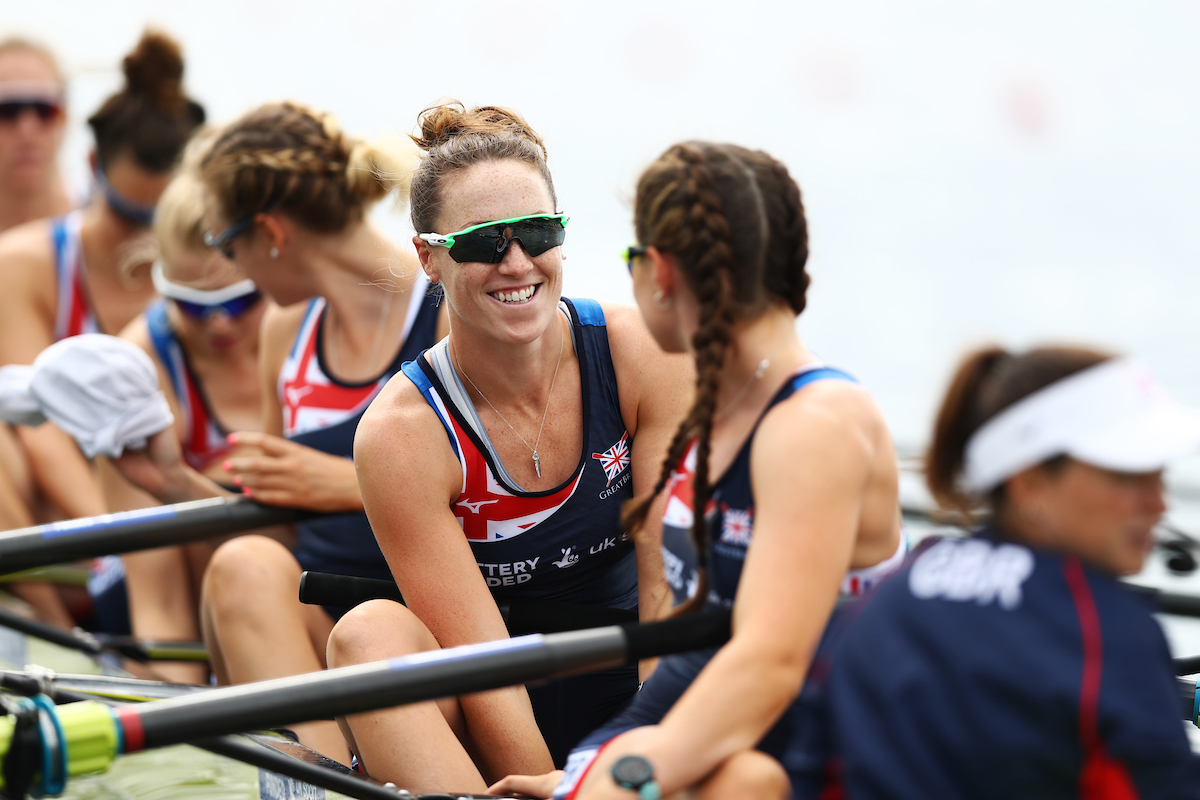 Alan Sinclair from Inverness sits at six in the British men’s eight that raced to second place in their repechage on Friday behind Romania to take a place in the starting line-up of Sunday’s last race of the Championships, the men’s eights “A” final.

Four other British crews raced on Friday’s programme, with the women’s lightweight double of Eleanor Piggott and Francesca Rawlins finishing second in their repechage behind Switzerland to qualify for their final; the lightweight men’s double of Zak Lee-Green and James Copus winning their repechage to qualify for the semi-finals; and the women’s four winning their repechage to go onto their final.  However, the men’s pair of Oliver Cook and Matthew Rossiter was beaten into fourth place in their semi-final and will now race in the “B” final.

All these results mean that Britain has eight crews in “A” finals as well as two in semi-finals on Saturday, with only the men’s pair out of the medal hunt.  Finals will take place on both Saturday and Sunday.

Full information – including ticket arrangements - is available on: www.europeanchampionships.com