The Scotland Rowing Team won five events on Saturday at the 2018 Home International Regatta (HIR) in Cork, Ireland, with the senior men’s team losing out on the team trophy to Ireland through an agonising tie-break following the final race of the day. 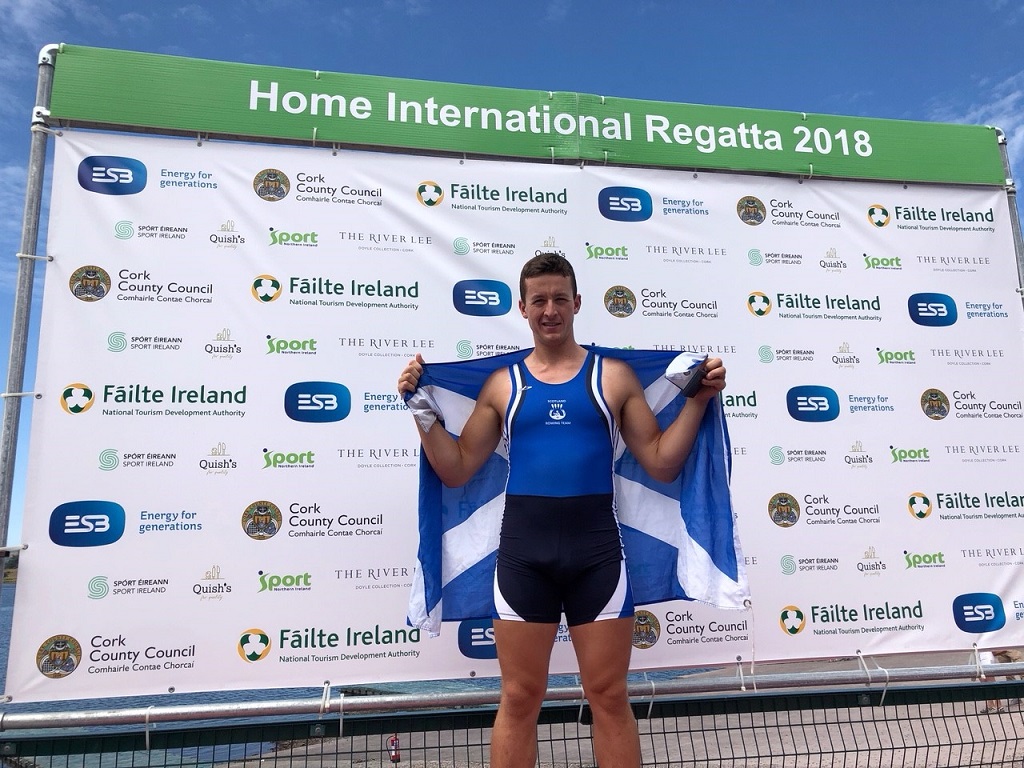 Clydesdale Amateur Rowing Club’s Jack Burns was the standout athlete of the regatta winning two events including the men’s single scull and the double scull, with David Allison also of Clydesdale.  He narrowly missed out on making it a hat-trick in the men’s quad scull after coming second to a strong Irish quad. 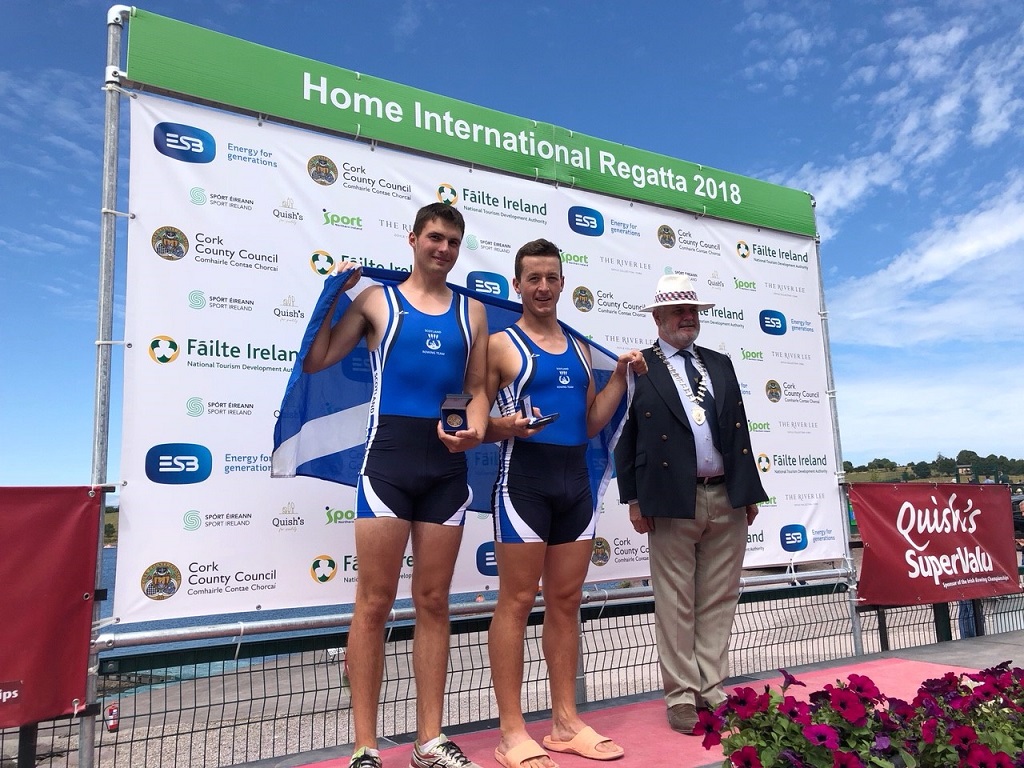 Tom Duke of St Andrew Boat Club, competing in his first HIR in 27 years, stood on the podium for the first time at the age of 49 after winning the lightweight men’s coxless pair with clubmate Gregor Maxwell. 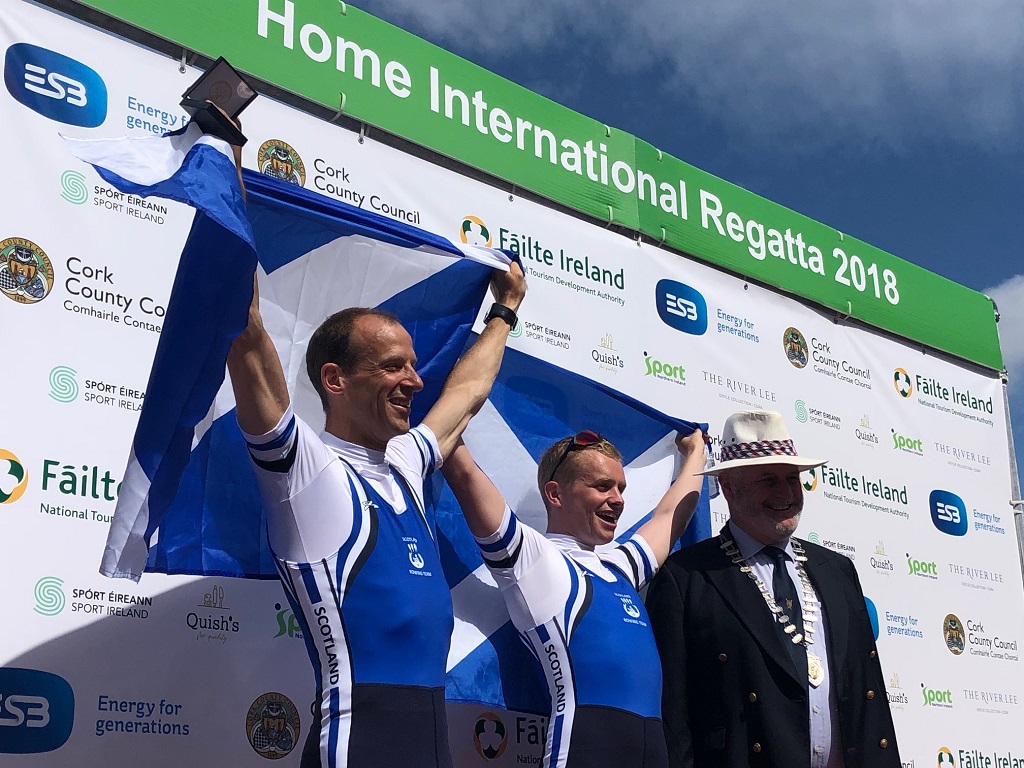 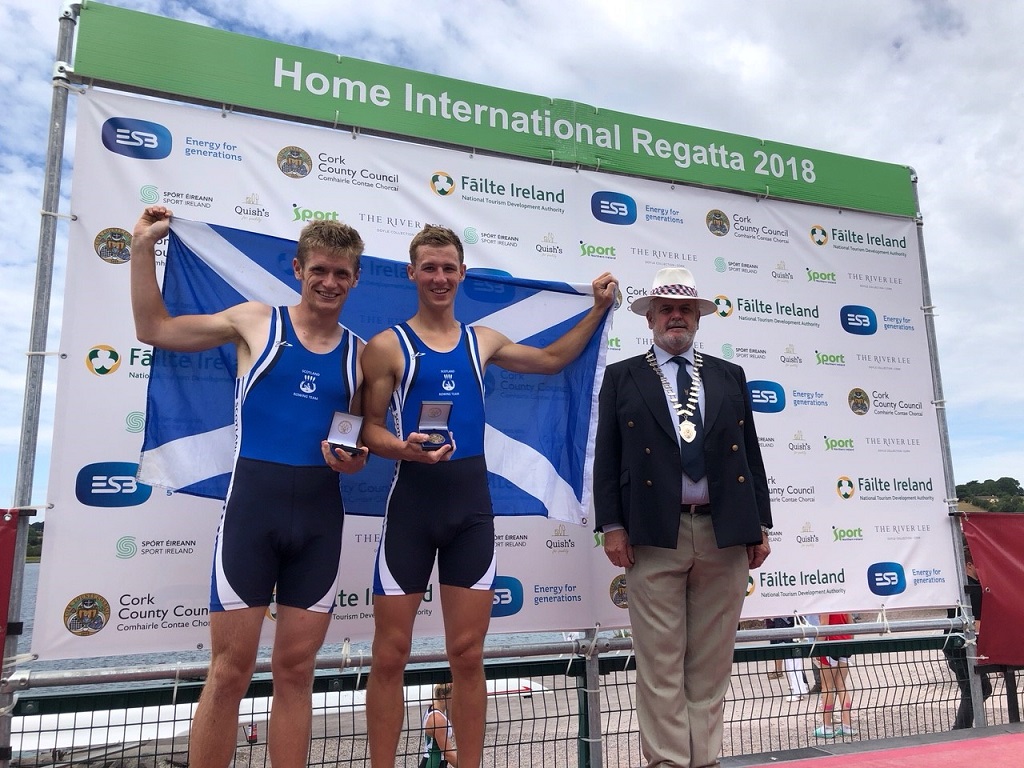 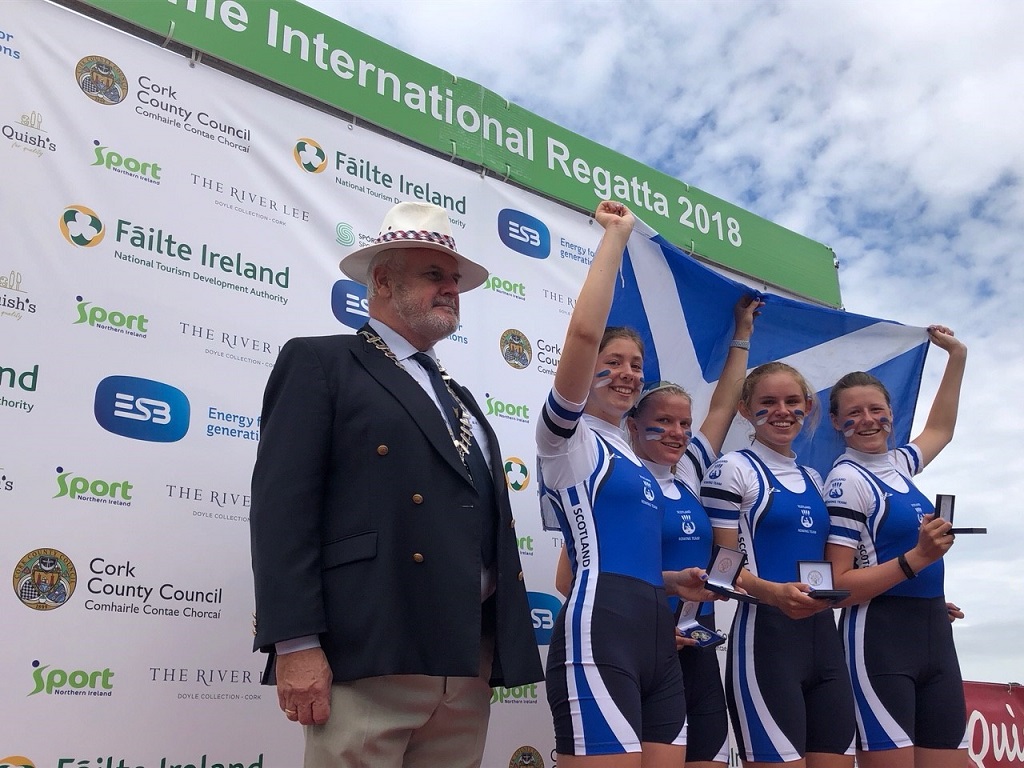 The Scotland Rowing Team had been leading the senior men’s team match for most of the day but were pipped to the trophy after Ireland won the final race of the day, the men’s eight, to tie on points, and the hosts were awarded the trophy with the result of the eight’s race counting as the tie-breaker.  England won the team trophies for senior women, junior women and junior men.
With 60% of the athletes representing the Scotland Rowing Team for the first time in Cork there were encouraging performances from many of the Scottish crews which bodes well for the future.  Jack Plummer (lightweight men’s single scull) and Aberdeen University Boat Club’s Ruth Grant (women’s coxless four) both only took up the sport less than 12 months ago and both recorded excellent second place finishes in their respective boats, whilst fellow beginner Ethan Rebert (Robert Gordon University Boat Club) took third place in the men’s coxless pair. 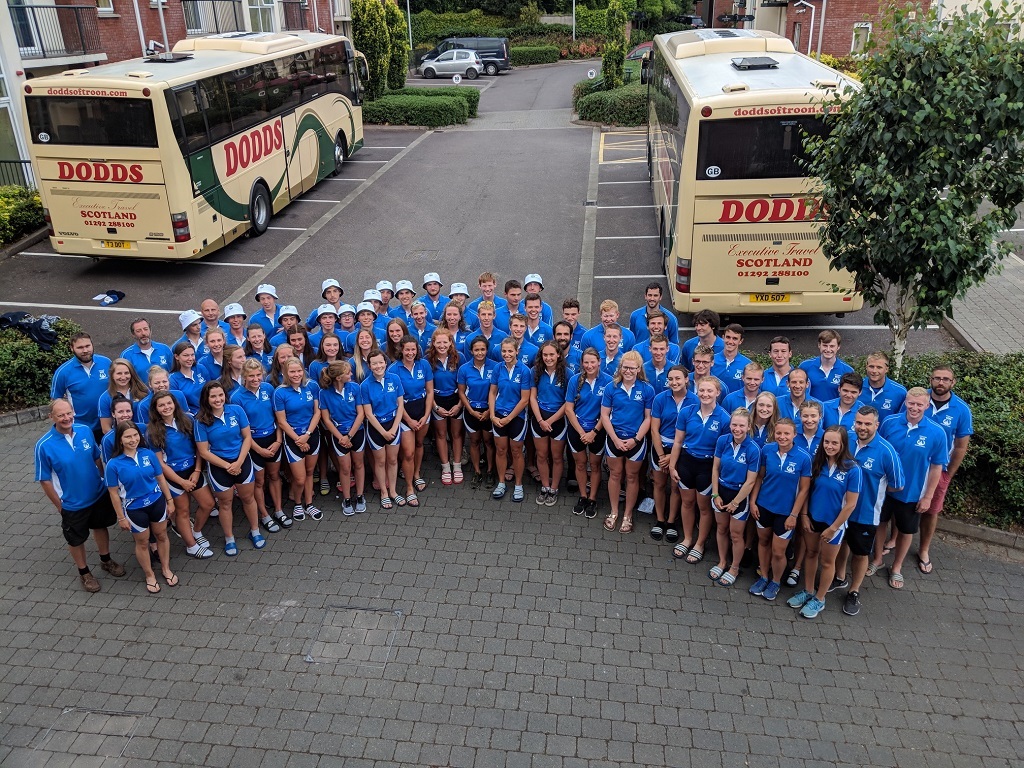