The North East Regatta in Aberdeen on Saturday produced a shock result with the Championship of the Dee trophy being awarded to Stirling Rowing Club.

It was 39 years ago in 1979 when this trophy last went to a rowing club from outside Aberdeen. Stirling sent a large squad to this, the main regatta in Aberdeen, and had successes across Junior, Senior (adult) and Masters (veteran) categories for both men and women. Their success was partly due to efforts from three generations of one family who were all competing. The Plank family team was led by granddad David (69) along with his son Kevin (42), and two grandchildren Rebecca (13) and Ollie (11). 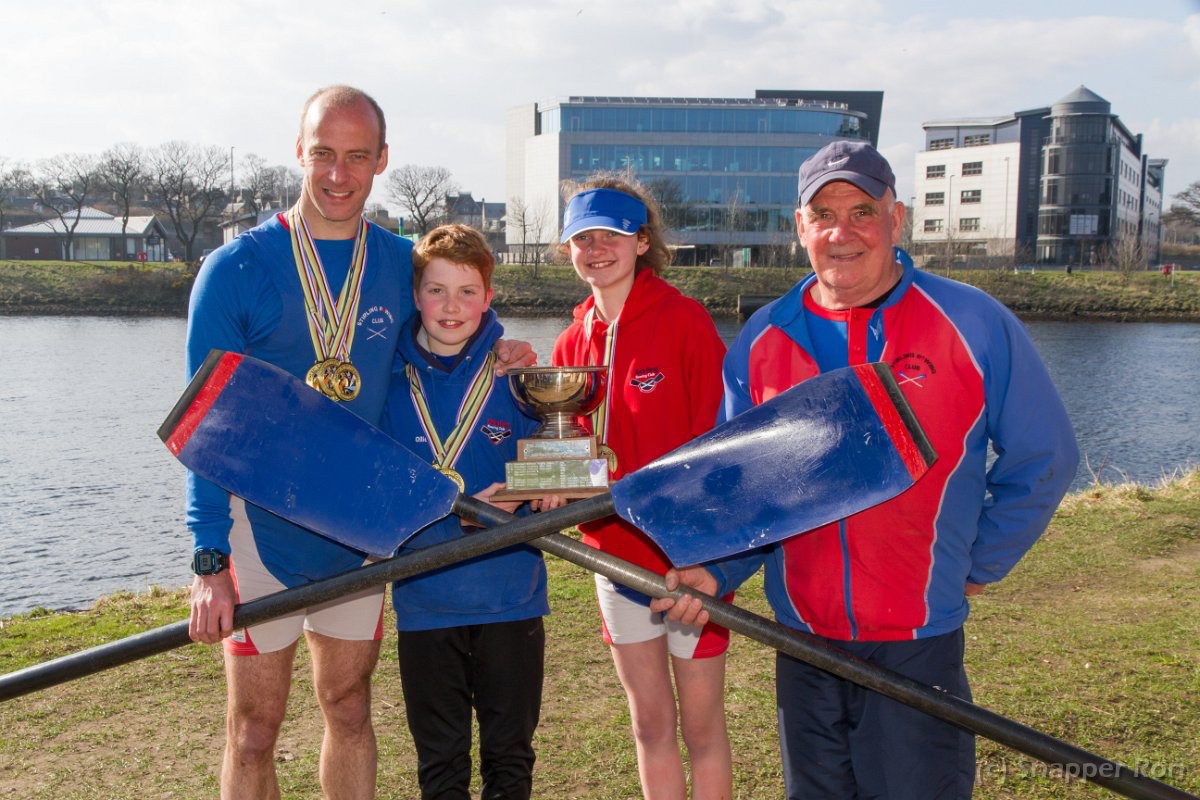 Sadly, David was the only family member to go home without a medal but all others won at least one event and Kevin managed to go home with four medals. Stirling Rowing Club amassed a final tally of 98 points for the Championship of the Dee award with the locally-based Aberdeen Boat Club in close second place with 83 points. Albyn Schools Boat Club and Inverness Rowing Club tied for third place on 17 points each. The University of St Andrews Boat club had no event wins but gained 12 points by making it thorough to finals and finished ahead of Aberdeen University Boat Club who gained 10 points.

Racing over the 700m course finishing at Aberdeen Boat Club took place in ideal conditions. The next rowing competition in Aberdeen will be the Sprint Regatta on 25th August and Stirling have already thrown down the gauntlet stating they intend to return to Aberdeen to do battle at this event.