#WSW16: Clare fulfilled by rowing’s end of the rainbow

If identifying one person in Scottish rowing – during Women's Sport Week - who best symbolises what is good about the sport is an impossible task, then Castle Semple’s Clare Rainbow is a serious contender.

As a competitor, Clare has won Scottish, English and British Indoor Championships in the last 12 months.

Yet surprisingly the 52 year old from the Bridge of Weir does not have an extensive sports background - indeed until recently she never even owned a pair of trainers.

It was only when she started hill walking in her thirties that her eyes opened to the physical possibilities which in a roundabout way led her into rowing.

When Clare’s daughter was inspired by watching rowing at the London 2012 Olympics, the whole family headed to nearby Castle Semple Rowing Club which was running beginners lessons.  Needless to say they all became hooked.

Assuming she would be too old to compete, Clare, who turns 53 this December, soon discovered the masters indoor racing category.

Having entered her first competition in 2014, she has now become one of the country’s top indoor rowers in the over 50 age category. 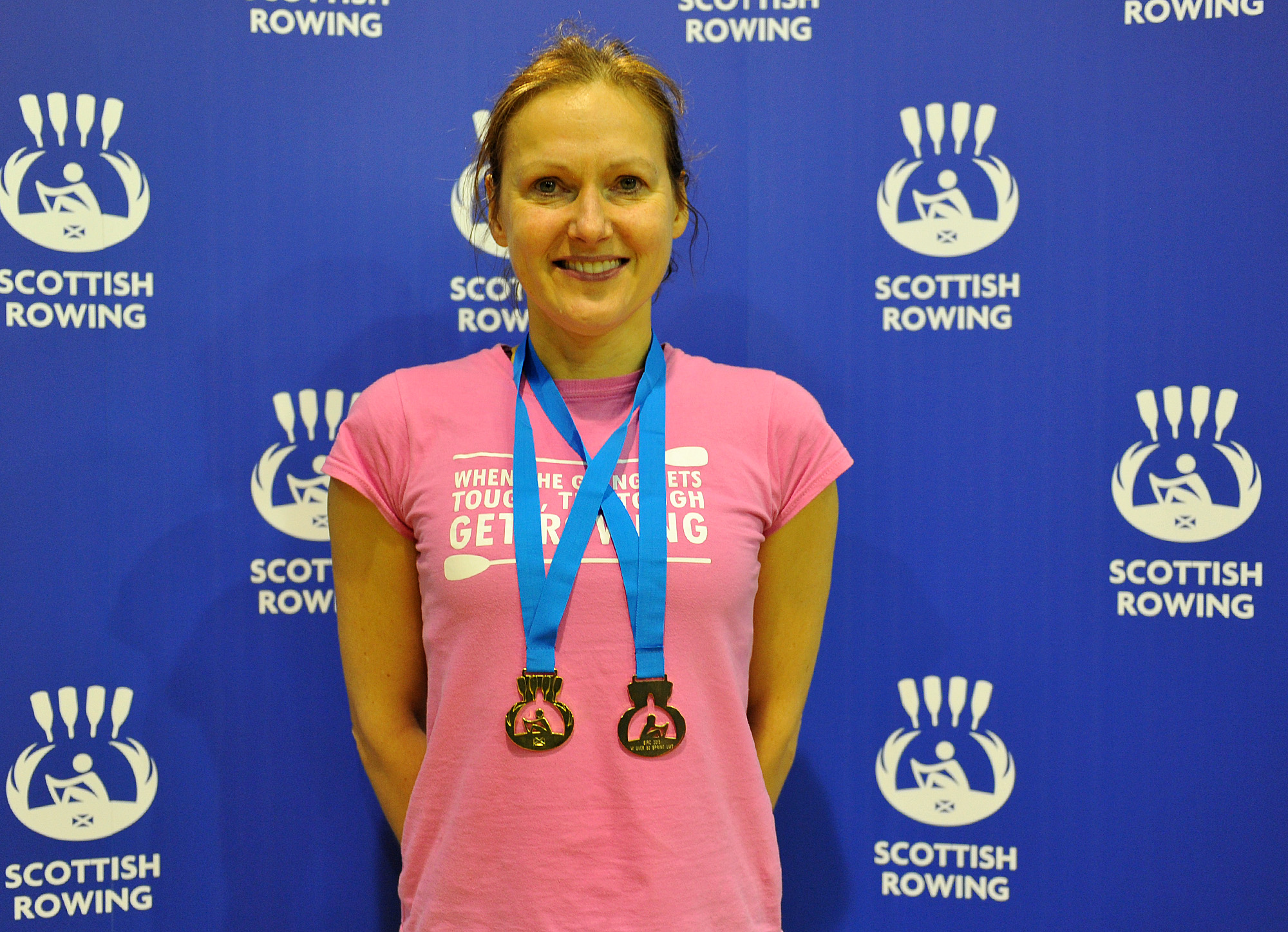 "In 2014, my coach, Rachel Robertson, who was the 1k British record holder, said I should enter the Scottish Rowing Indoor Championships,” Clare explained.   “That’s when I started my quests to win indoor titles.

“Last year I entered the English indoors and got a gold medal in the 2k and the British where I won bronze over 2k and the gold in the 500m.  And I also got a world record in the 100m.”

Although Clare is also successful competing outdoors in a lightweight double, with her on-the-water partner and club coach Mel Brander, it is in the indoor events where she capitalises on her strengths.

Being 5’9” yet just 60kg gives her a distinct physical advantage which, coupled with an intense mental focus, is a winning formula.

“My success is due to being totally determined and there’s a lot of psychology involved,” reveals Clare whose rowing machine has its own dedicated room at home, which she jokingly refers to as the ‘torture chamber.’

“In a race you’re only rowing four minutes, so the pain is all over after that. You just go for it!”

Next week she heads to London to compete in the finals of the Invesco City Regatta as a member of the team which won the Edinburgh leg this summer.

Then her focus turns to defending her 500 and 1000m titles at the Scottish Indoor Championships in Bellahouston, Glasgow (29 October).

You could be forgiven for thinking someone so driven to succeed might not want to encourage other women into getting involved in competitions in her age category.  But no so for Clare who is the very opposite.

“I hope more people enter the Scottish Indoor Championships because it will be good to have more people to race against,” said Clare who has been preparing hard for the event over the past six weeks with training partner, Caroline Parker. 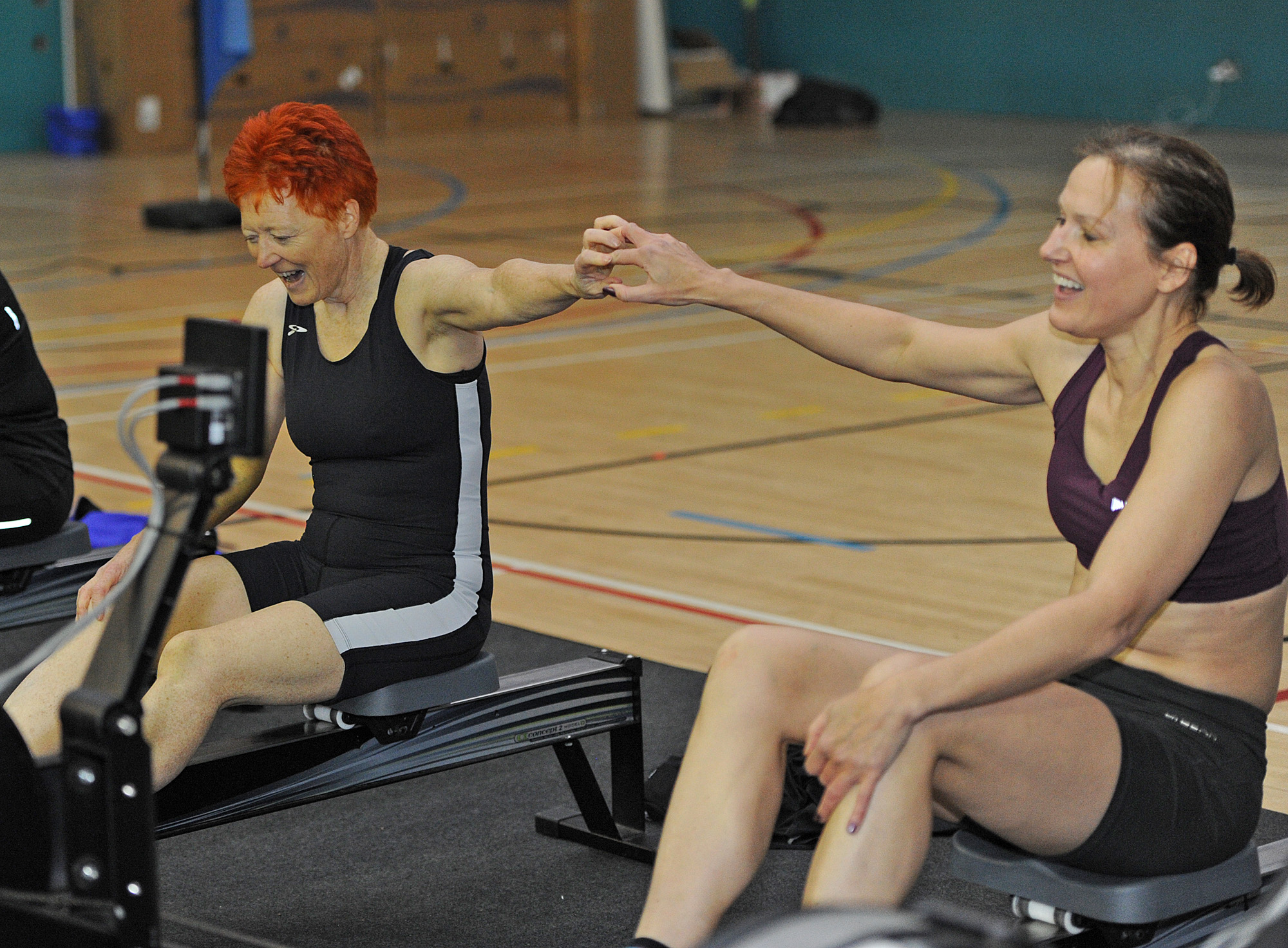 “I’d like to see more women, and more older women, getting involved.  Look at Katherine Grainger who is 40 and still winning medals at the Olympics.

“Indoor rowing is growing and becoming more popular.  It’s a sport you can take part in right through your life.  And I’ve been to regattas where there are people in their 70s racing.”

Rowing is far more for Clare than just a competitive sport. At Castle Semple, which she describes as “a fantastic club where I practically live at the moment” she is club treasurer, committee member, is active in the women’s racing group and supports new members by mentoring them and takes less experienced rowers out for sessions to help raise their skill level.

Talk to Clare and you are left with a strong sense of the sport’s appeal.

“Rowing gives you a whole body workout, it’s really sociable and you meet so many different people,” she explains enthusiastically.

“I can’t see myself stopping because you can go on for years.  It’s low impact and it’s given me a whole new circle of friends and super fitness.

-    The objective of Women's Sport Week is to celebrate and showcase women’s sport at every level, from the grassroots to the elite, and highlight the incredible contribution that women make to sport. The overall aim is to get more women and girls physically active and playing sport

-    Find out more about the Scottish Rowing Indoor Championships at www.scottish-rowing.org.uk/index.php/indoorchampionships/sirc-news