I’ve been asked to write a piece about me, my coaching, or “whatever I want really” so, in a throwback to 10 years or more ago when I last wrote an ‘essay’ I’ve sat down with my laptop and found two very key components for inspiration.  Kevin Costner, and a sports film.

I learned to row at Edinburgh University and it is in those early formative years in the sport that I believe the foundations and principles for my coaching career were embedded, not that I knew it at the time.  While studying at the university I cannot say that I had much of an idea of what I was looking to go into as a career/job and coaching never really featured on my radar.  I often therefore get asked how I got into coaching. 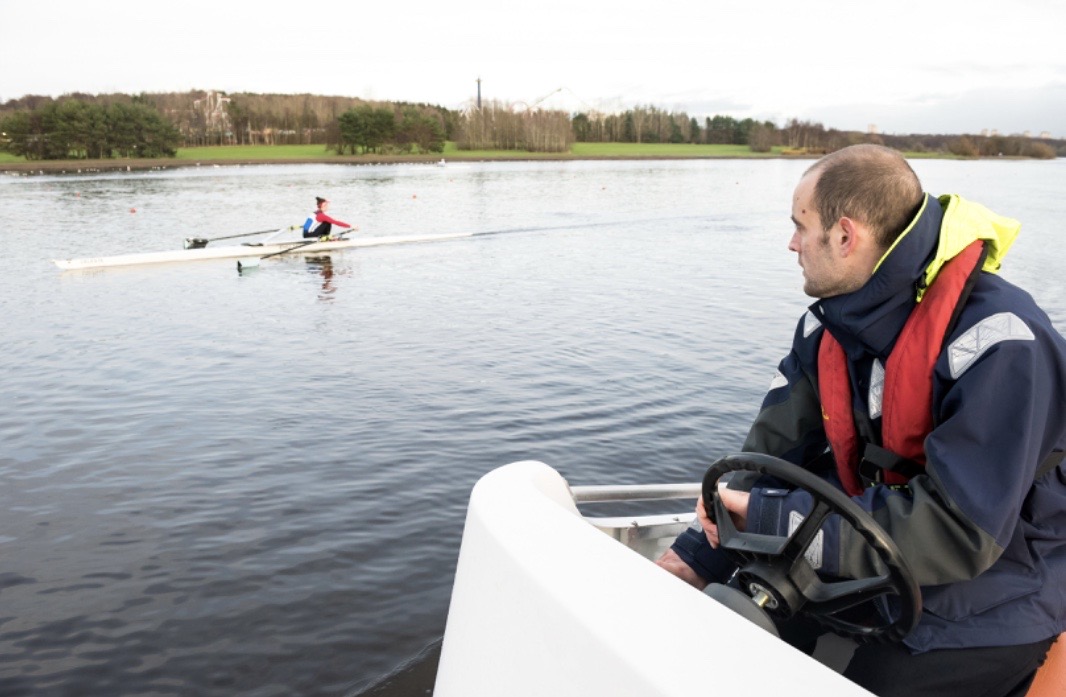 As with many things in life, there was a little right-place-right-time about it.  While I was rowing at University I was taught to row by a series of voluntary coaches and that was the beginning of my own route into a professional position.  After graduating from Edinburgh I began (although never finished) work on a PhD.  During which time I undertook some adhoc coaching for a couple of seasons then, in my final year of funding, committed to leading the coaching of the Novice Men’s squad.  That was the season when it all began to take shape and two very important stars aligned.  I had enjoyed a successful full season of coaching during which I began to ponder a future in it and; Edinburgh University were looking to hire a new Head of Rowing and support it with a new Assistant Head role.  That September I was hired as the Assistant Head of Rowing and I have not looked back [or elsewhere] since.

The other thing I then get asked a lot is about what I have learned as I have progressed through my career.  In order to try and keep your attention to the end of the article, I am going to limit myself to two things.  ‘Goal setting’, and ‘athletes’.

Every ‘how to be a good athlete’ manual tells us that goal setting is important, primarily because it allows the athlete at any given time to be able to answer the question, “Why am I doing this?” However, personally, from my coaching perspective, the importance of goal setting is to build the rollercoaster.  What do I mean by that!? Coaching is a job of highs and lows (as is being an athlete but this is now written from my coaching perspective solely) and so it is no surprise that I am often asked; “What has been the highlight of your career to date?”.  I could list a string of performances from crews that I have coached that would make a shortlist of highlights, and within that, a fair few that have brought a tear to my eye.  That said, those that really stand out are the performances and results that have culminated in realising a long-term goal – the highs in the rollercoaster.  Yet, in the early years of my coaching I was apprehensive of setting goals through fear of not reaching them.  You see, one of the problems with goal setting is that as much as you set a positive target to aim for, you also set up a very real opportunity [more often than not] to fail – the lows in the rollercoaster.  The more far-reaching your goal, the higher the potential high but the more likely you are to fall short, to fail.  I guess my take home message here is not to be afraid to build it and importantly, build it high because ultimately ‘if’, not ‘when’, you achieve it, those are the moments that stick with you.

My second point of learning was about the athlete.  It was the realisation that I do not coach a programme, I coach athletes and each athlete has a voice that should be listened to.  To coin a well used phrase though; “there’s more than one way to skin a cat” and what I say here is based upon my experiences and how I coach, it is by no means the only way to get results.  I owe a lot of my career opportunities to the athletes I have coached, and I will always advocate that I have learned as much from those athletes as they have from me. Every athlete has responded differently to my coaching therefore my learning from each athlete was about how to adapt, connect, and encourage progress individually.  My take home message here; ‘listen’, don’t just talk.

I consider it a privilege to be able to do the job I do and work with the athletes I have, and I firmly believe that in listening to those athletes we’ve built a pretty fun fairground.