Scottish Rowing appointed two new members of staff earlier this year; Leanne Mains and Amiee Caitlin Williams. We recently checked in with them regarding the progress of their projects.

Leanne was introduced to rowing at school in 2004 after being selected by the then Scottish Amateur Rowing Association’s Talent ID scheme, a forerunner to the current GB Start Programme. It turned out Leanne had the perfect attributes to be a top-level rower, and she trialled for the GB team whilst succeeding in winning Scottish titles. But the new programme she is running is very different to her introduction to rowing and seeks to encourage children from local schools in disadvantaged areas to take up rowing. 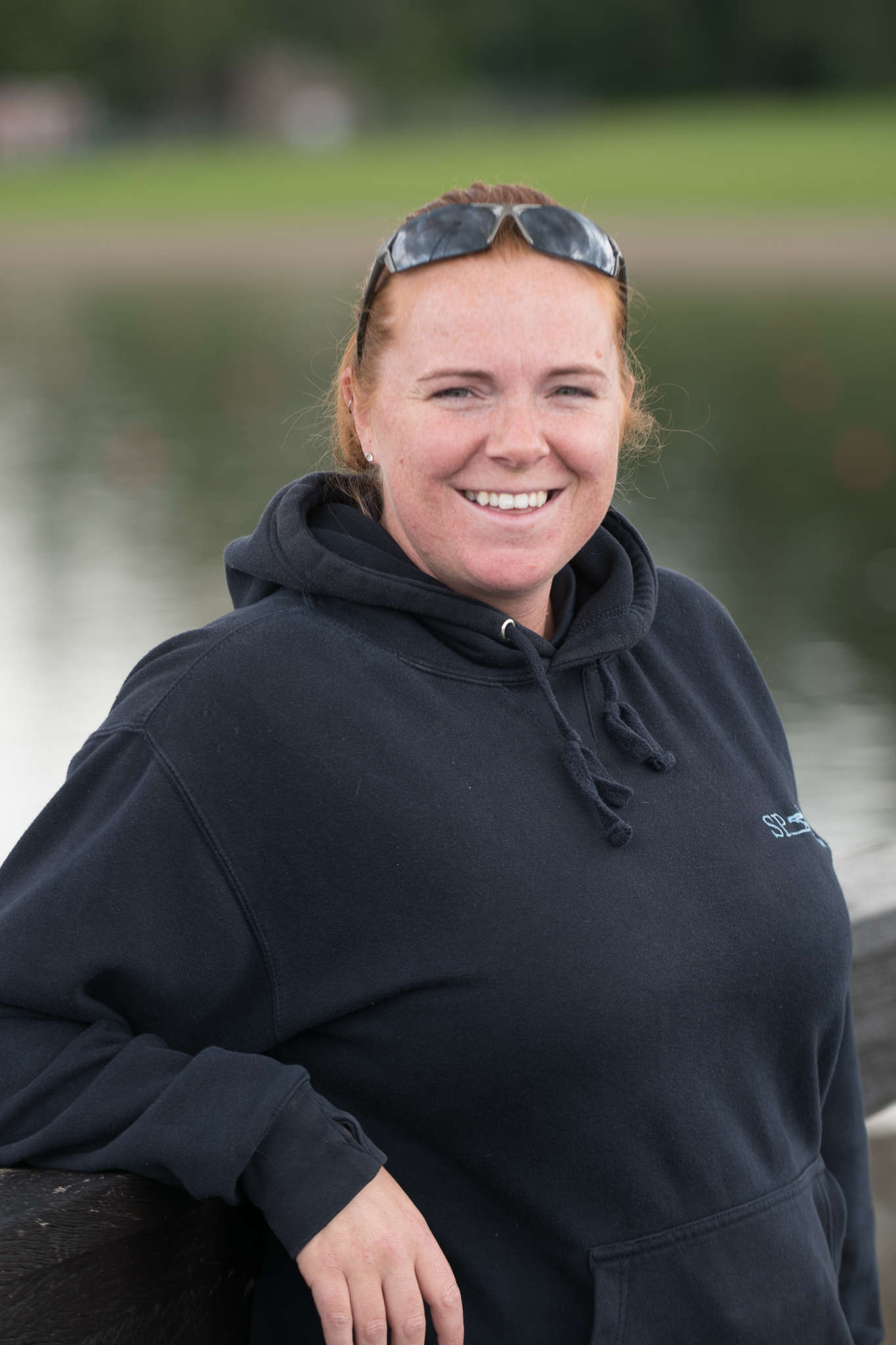 “This programme is certainly at the different end of the spectrum to how I found the sport” Leanne explains. “We are looking at children and young adults with additional support needs from school locations which tend to be in areas of multiple deprivation. This is a fantastic opportunity for them to get more active doing something they’ve probably never been exposed to before.”

Earlier this summer Leanne took her fledgling programme – getting people rowing on ergometers indoors for the first two weeks before venturing onto the water at Strathclyde Park – to five ASN schools in North Lanarkshire. The effects have been little short of startling both in the numbers of children engaging and their reaction to being on the water for the first time.

“The response has been incredible,” says Leanne, who is funded in her post by Scottish Rowing and is already planning to spread the programme to South Lanarkshire. “All five schools in North Lanarkshire engaged with our six-week programme with the numbers involved pushing forty over six weeks. Some of these schools have only thirty pupils in their entire school roll, so to see the level of engagement that we’ve had each week is amazing. My overall goal is to make sure that the rowing sessions that I put on are the best hour of the pupils week, and hopefully I am doing just that!

“No two schools are the same, and within each school no two pupils are the same, so I’ve had to tailor my programmes for each school and participant. But by focussing on the individual, I’ve got to know the kids better and they’ve had more fun. It’s really rewarding to know that they want to come back to our programme each week. These young people have never done anything like this before so it’s amazing to see them going through that roller coaster of emotion from being nervous before getting in a boat to having a huge surge of excitement when they are in the boat and rowing independently. And they’re getting more active so it’s a definite gap in the market to these schools that traditionally have limited exposure to sport.”

Those that want to develop more can get involved at Strathclyde Park Rowing Club, where Leanne is the junior coach. And for those that want to try racing there is a great opportunity this autumn.

“A goal is to take support these pupils in participating in the Scottish Rowing Schools Indoor League this Autumn and the Scottish Schools Indoor Championships in November,” said Leanne. “Pupils from one school have already indicated that they are very keen on both! They’re already driven to the competitive side and I’m sure they will have a lot of fun racing each other and children from all over Scotland.”

Jointly funded by Scottish Rowing and Glasgow Sport, Aimee’s role is to introduce young people from North Glasgow to rowing, other water sports and lifestyle activities and opportunities. From the local area herself, it wasn’t so long since Aimee first got in a boat – a kayak – which she reveals had a transformational effect on her own life. 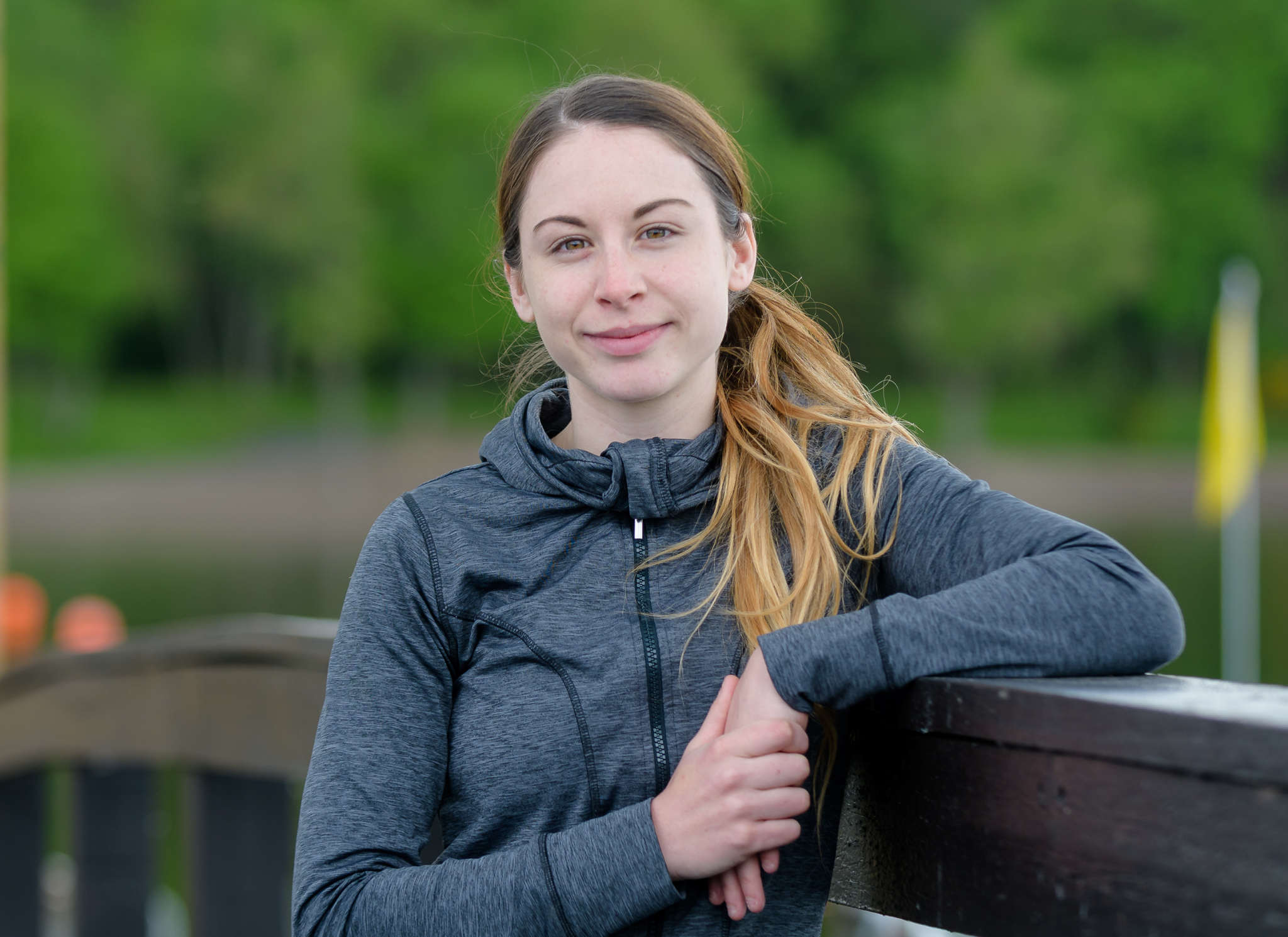 “This project is quite personal to me because I grew up nearby and there were limited opportunities to take part in sport, especially water sports! I want to help the young people that are growing up here access similar opportunities to the ones that I eventually found,” said Aimee, who is a British Canoeing women’s paddling ambassador, the only one in Scotland. “I can definitely say that sport has made such a big difference to my life, so it’s really exciting to be in a position to help others get involved and grow.”

Aimee is active in adventure sports; she has coached paddle sports for the past six years and been involved in youth work with children from difficult backgrounds and is a combat medic for the army in her spare time. But this is her first involvement in rowing and, having been out on the Firhill basin in the same boats which will be used to teach the children, she can see a world of opportunities.

“I can remember when I first got on the water in a kayak – it was an amazing experience, but I won’t lie, I was terrified. I had to step so far out of my comfort zone, but then I fell in love with it,” she said. “The rowing boats that we are using are so stable, safe and easy to learn how to row in, in fact they are how I learned to row a few months ago! So, for people who are a bit nervous about going out on the water, these boats are ideal. The canal basin at Firhill is also perfect because it’s such a sheltered and safe area for introductory sessions with different routes to go and explore. Hopefully we will be making rowing/watersports a normal activity there for the local community and inspiring them to be more active.”

Following the initial plan of introducing new rowers from local areas of deprivation around Firhill, Hamiltonhill and Possilpark, the longer-term aim is to roll out the initiative to more areas of North Glasgow. And, although rowing is the initial hook, the aim is to create a sustainable water sports activity hub which will branch out into other sports and educational activities.

“We are currently recruiting a team of volunteers to help support the project and ensure its sustainability and quality of delivery for participants. We’re engaging with local partners to develop and build a programme of activities that is affordable, varied and ultimately a benefit to the lives of the local people. We’re looking to launch our programme in mid-October, with regular activity being held at our site at the Firhill Stadium, home to Partick Thistle Football Club, so watch this space!”