She spent the first part of the race in the middle of the pack and crossed the halfway mark in fourth place. Although she could do nothing to get back on eventual gold winner Marie- Louise Draeger of Germany and Japan’s silver medallist Chiaki Tomika, she did overtake South Africa’s Nicole Van Wyke to seal third place and head for the medal podium. 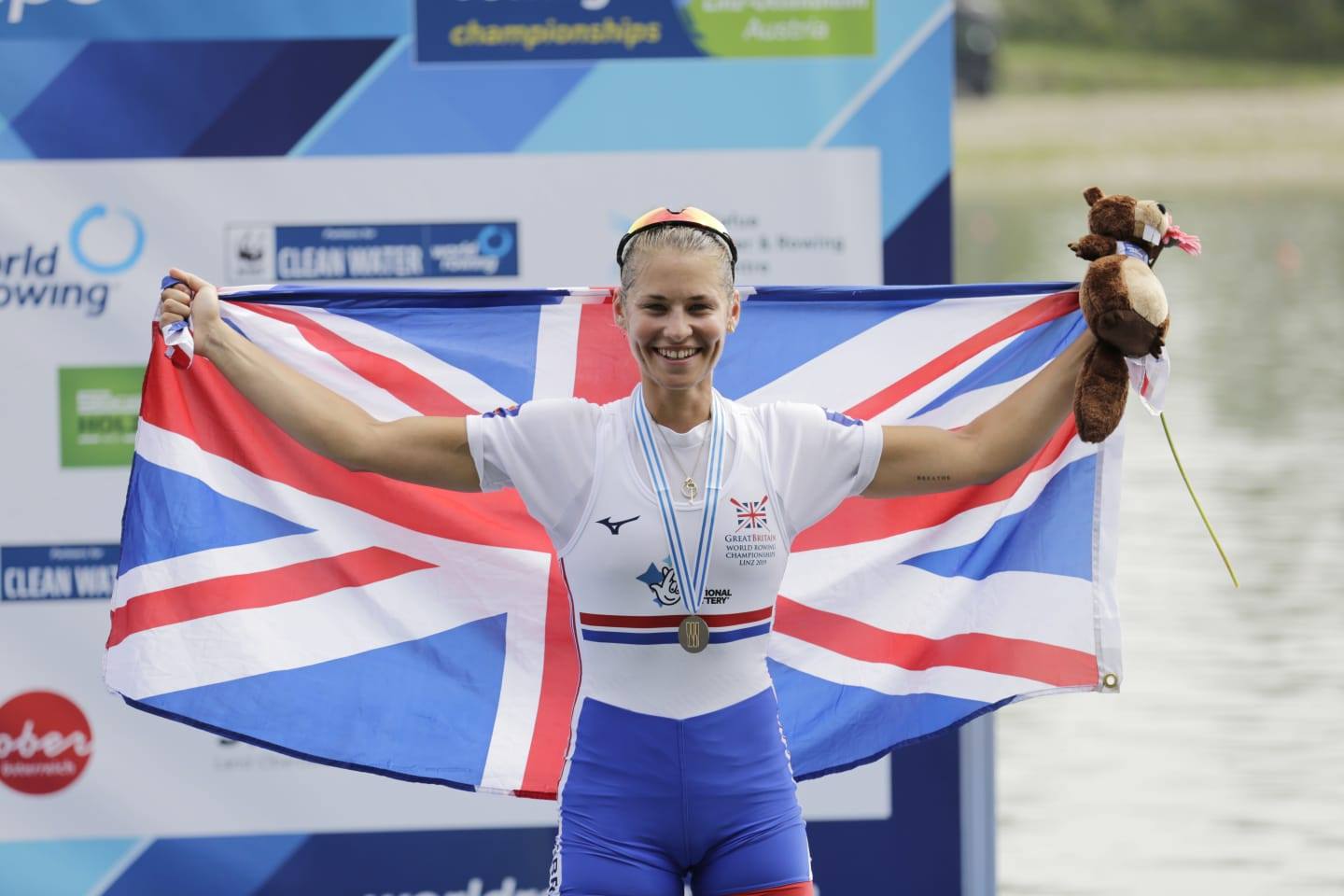 Afterwards, she said, “it’s an unbelievable feeling! I’ve been waiting for this opportunity for a long time and to do it myself is even more special. I’ll take some time off now to recover.”

This was Britain’s only medal of the first of three days of finals. In Saturday’s racing, both Edinburgh’s Olympic silver medallist Polly Swann in the women’s four and Glasgow’s Angus Groom in the men’s quad are in “B” final action, looking for a top two finish to seal Britain’s place in next year’s Olympic line-up.

After these two races, Scotland’s Sholto Carnegie goes for gold as stroke of the British men’s four, as does Edinburgh’s Melissa Wilson in the women’s quad “A” final.