Sholto Carnegie became the second Scottish Rowing medallist of the World Rowing Championships in Linz Ottensheim, Austria when he stroked the British men’s coxless four to a bronze medal behind winners Poland and Romania in Saturday’s finals.

The British four battled for medals with Italy and Romania, while eventual winners Poland lad from start to finish. In addition to achieving his first world medal, Carnegie helped this crew to qualify Britain for the Olympics in this boat class. Afterwards, he said, “I’m happy with that. You’ve got to be happy with the medals that are given to you. The bigger ones are nicer though. Looking ahead, we’ve got so much depth in our squad, it’s really promising.” 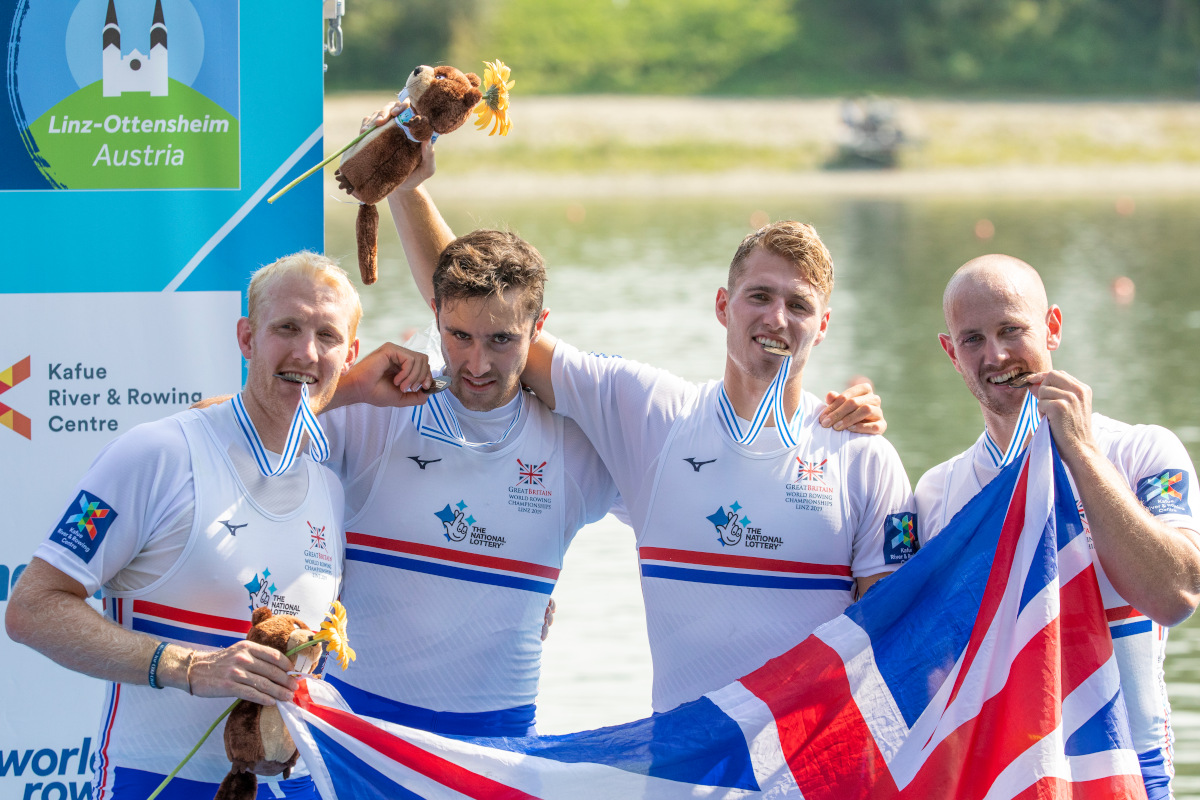 This was the only Scottish medal from the second day of finals, with Melissa Wilson from Edinburgh finishing sixth in the quad sculls “A” final behind medallists China, Poland and the Netherlands, as well as Germany and New Zealand. However, this crew had already achieved the crucial task of qualifying their boat class for next year’s Olympic Games for Britain.

Polly Swann from Edinburgh was in the women’s four that won their “B” final to qualify for Tokyo in this boat class. This crew were third at halfway – and out of Olympic qualification – before a strong second half saw them cross the line ahead of Canada, who also qualified, and China.

The British men’s quad, with Glasgow’s Angus Groom aboard, also raced in the “B” finals, with Olympic places on the line. With only two slots available, they led for most of the race before Norway slipped past them close to the finish line. They were then able to hold off New Zealand and Ukraine to seal the final qualification spot from this event.

As far as Scottish Rowing is concerned, this now leaves only Olympic silver medallist Karen Bennett from Edinburgh and Glasgow’s Rowan McKellar to race for medals in Britain’s eights in the last race of the Championship on Sunday. In this final, only the top five will take Olympic Qualification slots.