Scottish rowers shared in five titles and record performances at this year’s Henley Women’s Regatta as over 1,700 athletes competed at the premier regatta for women in the UK.  Twenty-five crews representing Scottish clubs made the journey south to compete on the world-famous waters, competing as part of an international field with entries from Australia, Belgium, Canada, Ireland, the Netherlands, New Zealand, Switzerland and the USA.

Edinburgh University Boat Club, represented by India Somerside, Flora Blake-Parsons, Lydia Currie and stroke Alex Rankin, set a new course record in the Championship coxless four as they impressively rowed through the University of London in the second half of the race to take the Avril Vellacott Cup.  The Edinburgh crew had earlier defeated two American crews to reach the final. 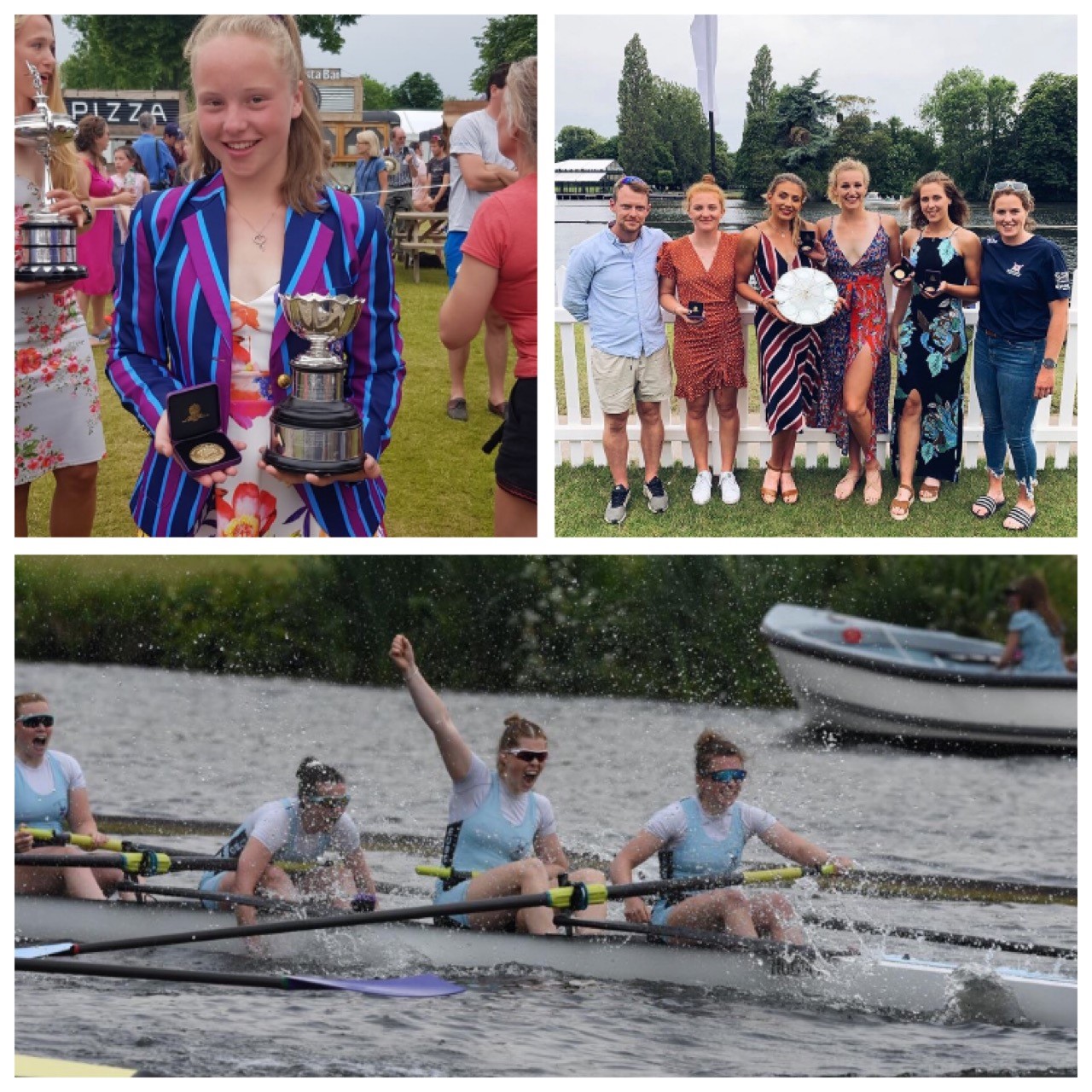 Scottish crews showed their strength in fours events with five crews making at least the semi-final stage of the competition.  Dundee University, making their first appearance at Henley Women’s Regatta in 15 years enjoyed a good run in the Development coxed four, losing in the final by half a length to the Tideway Scullers School with both crews recording times quicker than the course record for the event.

Glasgow University, racing up in the Aspirational Academic coxless fours event, also enjoyed a course record time in their final however it was not enough to take the Cathy Cruickshank Trophy as they narrowly lost out to K S R V Njord of the Netherlands.  The Scots had impressed across the 3 days showing good speed in their earlier rounds which included a win in an all-Scottish encounter with the University of St Andrews at the quarter-final stage.

Fourteen junior rowers representing 9 Scottish clubs had travelled to the regatta as part of a Scottish Rowing supported group with the aim of providing competitive racing opportunities and a chance to learn from training and competing with others from different club programmes. 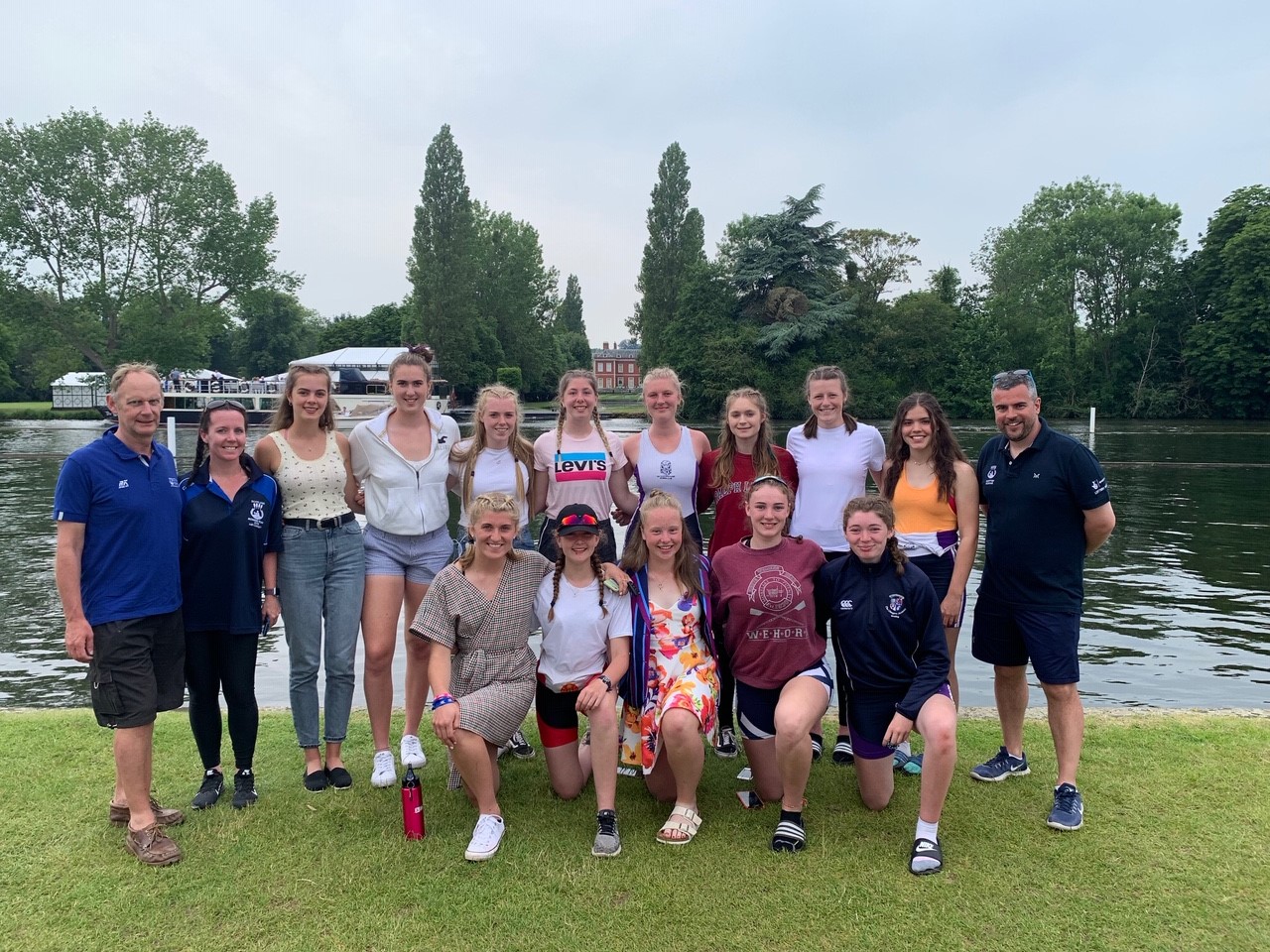 Meanwhile one of the most exciting races involving a Scottish crew came in the opening heat of the Junior Quadruple Sculls.  The Scottish composite of E. Dickerson (George Watson’s College), O. Bell (Strathclyde Park Rowing Club), L. Young (Loch Lomond Rowing Club) and E. Morrison (Clydesdale Amateur Rowing Club) lost out narrowly to the seeded crew, Lea Rowing Club, following a re-row after the London-based club had clashed with the Scots during their first run down the track.

For many of these Scottish rowers attention now turns to Henley Royal Regatta (3-7 July), the British Rowing Junior Championships (19-21 July) and the Home International Regatta (27 July).