There will be a record Scottish presence on the GB Rowing Team for the World Rowing Under 23 Championships which get underway today in Poznan, Poland, with finals taking place on Saturday and Sunday.

The University of Edinburgh has seven student athletes in the team, the most from any one club, with established senior and under 23 internationals Josh Armstrong, Gavin Horsburgh, James Temple and Lucy Glover joined by under 23 debutants Dale Flockhart, Alex Rankin and India Somerside. 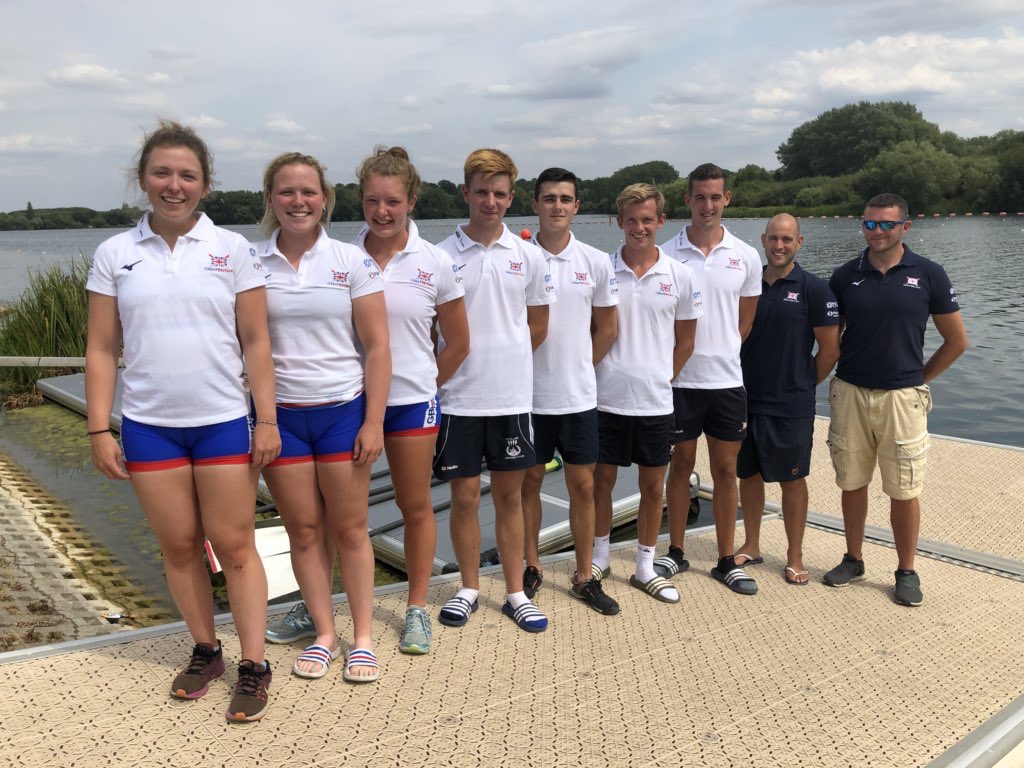 Horsburgh and Temple will rekindle their partnership in the lightweight double scull in the same senior team combination that won the ‘C final’ at the first World Rowing Cup in Belgrade back in June.

20-year-old Armstrong from Glasgow is in three seat of the Great Britain men’s quad scull in a similar crew to that which made the final of the Prince of Wales Challenge Cup at Henley Royal Regatta earlier this month.

Rankin (women’s eight) and Somerside (women’s four), formerly of Glasgow Academy, make the step up to the under 23 team for the first time after both having competed at the World Rowing Junior Championships in 2016.

Warrington’s Glover, a first year student at the University of Edinburgh, will be looking to retain her women’s under 23 quad scull title after standing on top of the podium in 2017.

The World Rowing Under 23 Championships are taking place in Poznan, Poland, from 25-29 July.

The GB Rowing Team selections for the World Rowing Junior Championships taking place next month in Racice, Czech Republic, have also been announced this week. Miles Beeson and Robert Powell of Aberdeen Schools Rowing Association have been selected in the junior men’s coxless pair.

“It is fantastic to see such strong Scottish representation across the GB Rowing Team at both junior and under 23 level. I must acknowledge the exceptional work done throughout the year by the athletes, coaches and support staff to get to this point. The team will now be focused on producing the best possible performance on the water as they strive to get on the podium.”