On the Saturday, the cross-head wind at Nottingham made for choppy conditions at the start, making it hard for some crews to attach to the stake boats. However, thanks to the practice gained by the Scots at Strathclyde Park, this was no issue and great performances started rolling in. 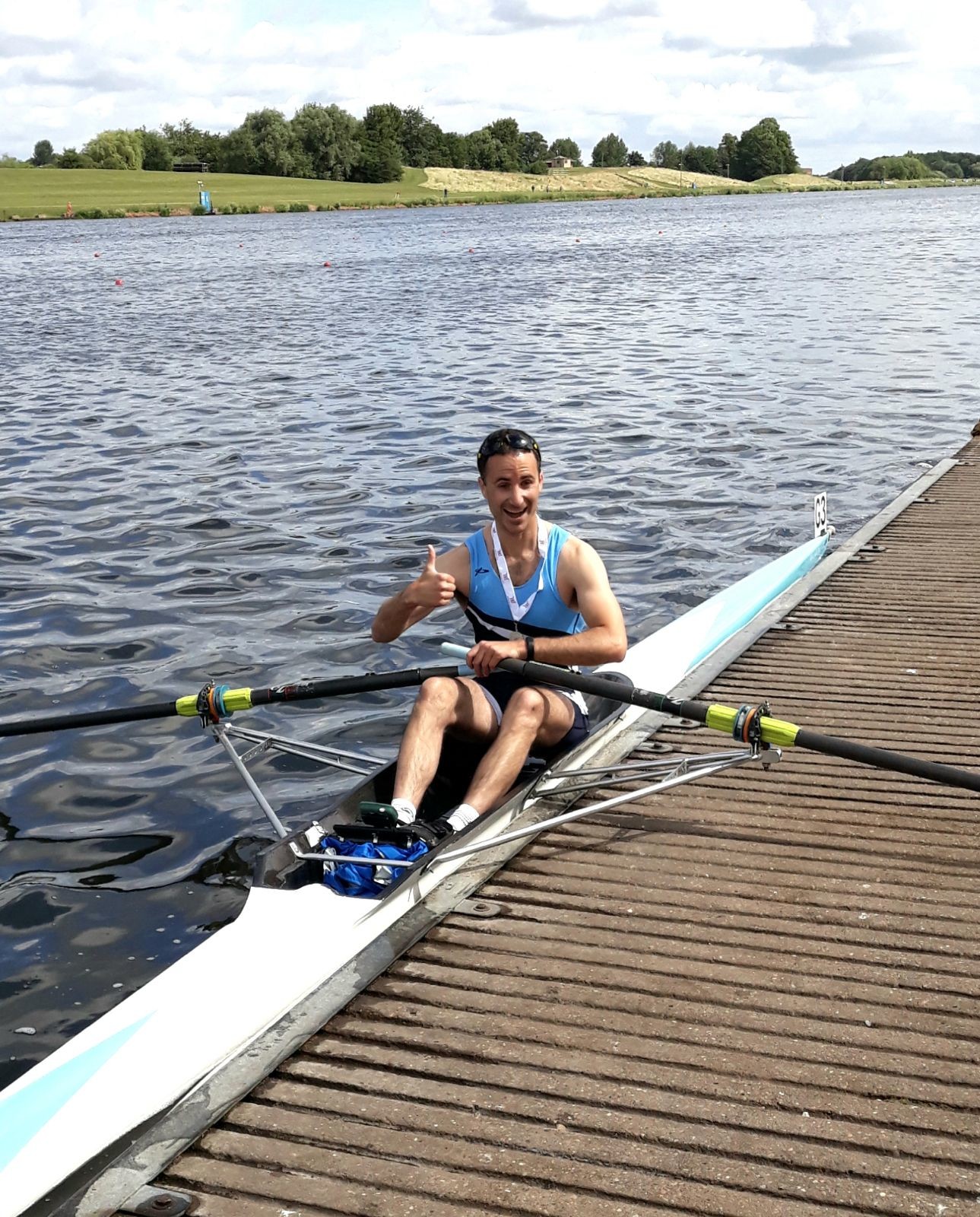 Juan Anza (Strathclyde Park) was the first to take to the water and fought his way into the A1x final where he finished a commendable 4th in a very strong field. Rosie Payne (Strathclyde Park / St Andrew) took to the water shortly after with Barnes Bridge Ladies Non Championship Band 1 A-C 8+. Having come second the previous year, the ladies were out for revenge and Rosie coxed them to success winning the first Scottish medal. 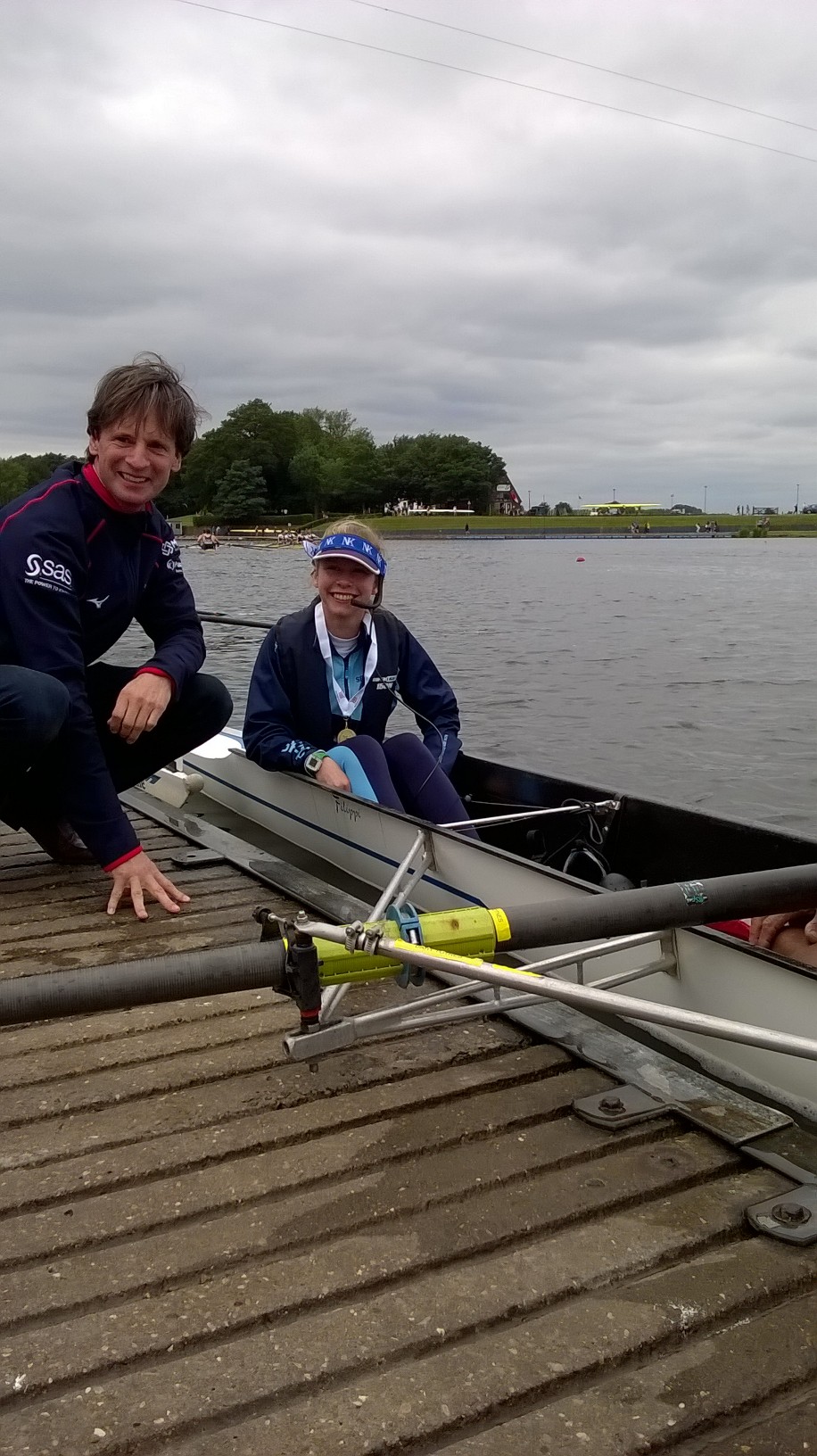 Castle Semple had three of its women’s squad at Nottingham and they took to the Championship events on the Saturday with Rachel Robertson 5th in the WC 1x and Mel Brander and Clare Rainbow winning a place in the WD 2x where they eventually came home just outside the medals.

St Andrew and Strathclyde Park joined forces in the Mixed C 4x with Ailie Ord, Gillian Connal (both Strathclyde Park), Tom Duke and Iain Wilson (both St Andrew) representing the clubs. Taking on Upton RC, Bradford ARC and Derwent, the quad battled the head wind to take first place and another medal for the Scots.

Ailie and Gillian had a quick breather and returned to the water for the WC 2x. Having won their heat, the ladies were rewarded with the best lane for the final where they held off the competition and the waves to stride home to Gold.

Not to be outdone by the other half of their Scottish Championships WMas 4+ crew, Trini Duke and Martha Walsh (both St Andrew) took on strong opposition in the W Non Championship A-C 2-, including club mates Amy Sweeny and Natalie Tysoe. In very choppy conditions, the ladies fought the others off and held on to Gold with their club mates bringing home bronze. Following a short break, Trini, Martha, Natalie and Amy joined forces and were coxed by Rosie Payne to yet another medal for the Scots in the women’s Non Championship A-C 4+ taking home Gold. 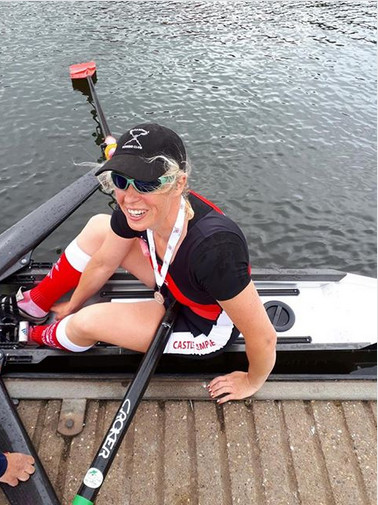 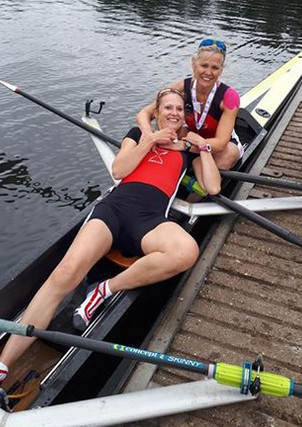 The Scottish clubs also saw medals in the WD 8+ with Inverness’s Hazel Smith, Hazel Geddes, Sarah Brennan and Jenny Baird joining up with Belfast RC and battling to the Bronze medal. Rosie Payne joined up with Kingston RC to win silver in the W A/B Handicapped 4+ and then was asked to cox a Wallingford, Quintin, Dart Totnes and Ardingly in the G 8+. In one of the most exciting races of the day, the crew held off the Tees RC crew to win by just under 1 second. 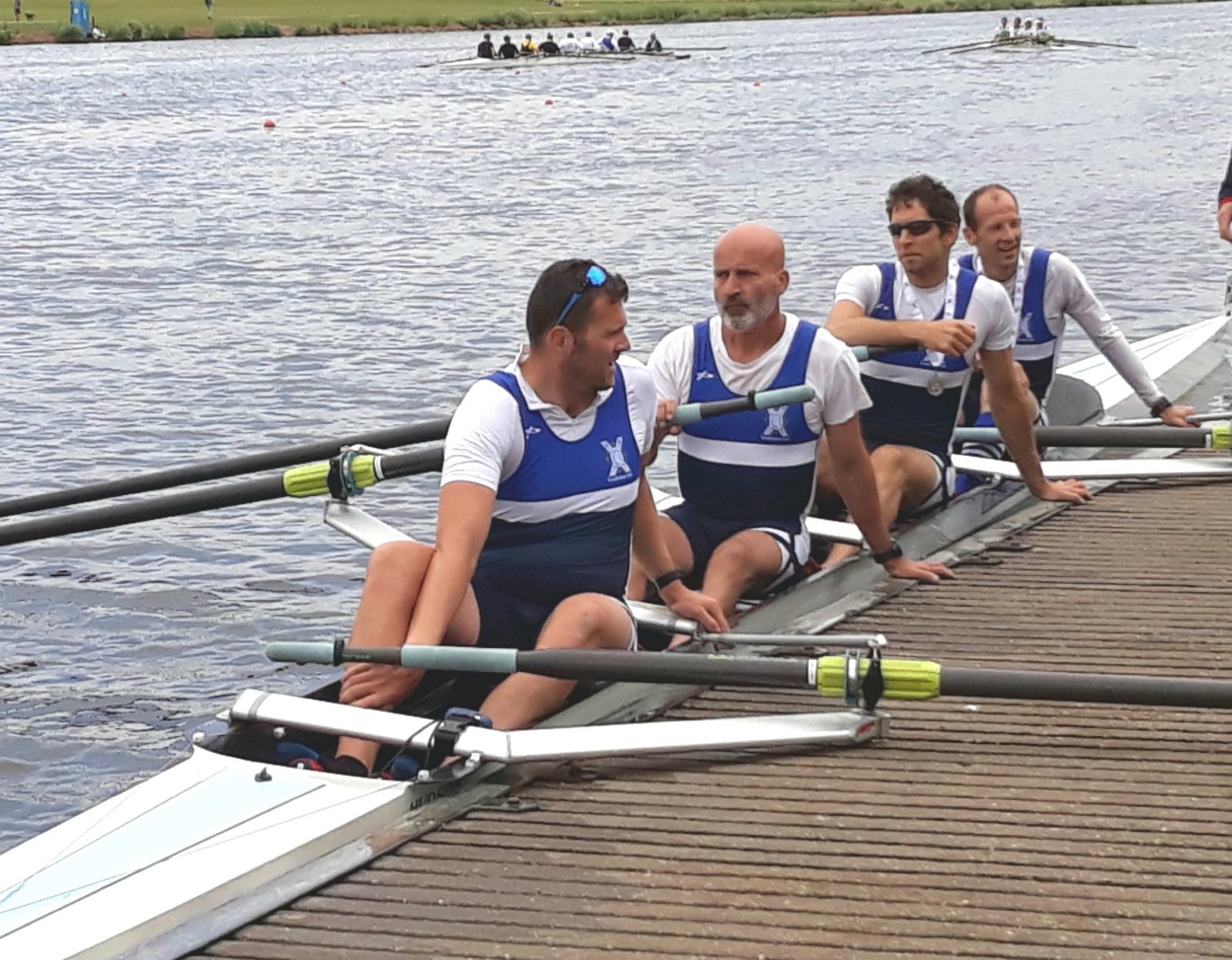 Following on from their Saturday success, St Andrew (Colin Williamson, Tom Duke, Iain Wilson, Andrew Dobson) took to the water in the C4-. Following on from their race at Scottish Championships being cancelled due to thunder, the crew competed in their first coxless four race together and the crew strode home in poll position in their heat. In the final, they had to battle a strong Irish crew from Commercial / Neptune and took home Silver behind the Irish crew.

Strathclyde Park had further success with Ailie joining up with compatriot Sally Pollok-Morris (Upper Thames) to bring home Gold in D2-. Swapping into the stroke seat, Gillian then joined Ailie in C2-. Battling crews from Bradford, Cantabrigian, HSBC/Barnes and Sheffield, the duo strode out ahead in the rough water to win comfortably – practice at Strathclyde Park definitely paying off! 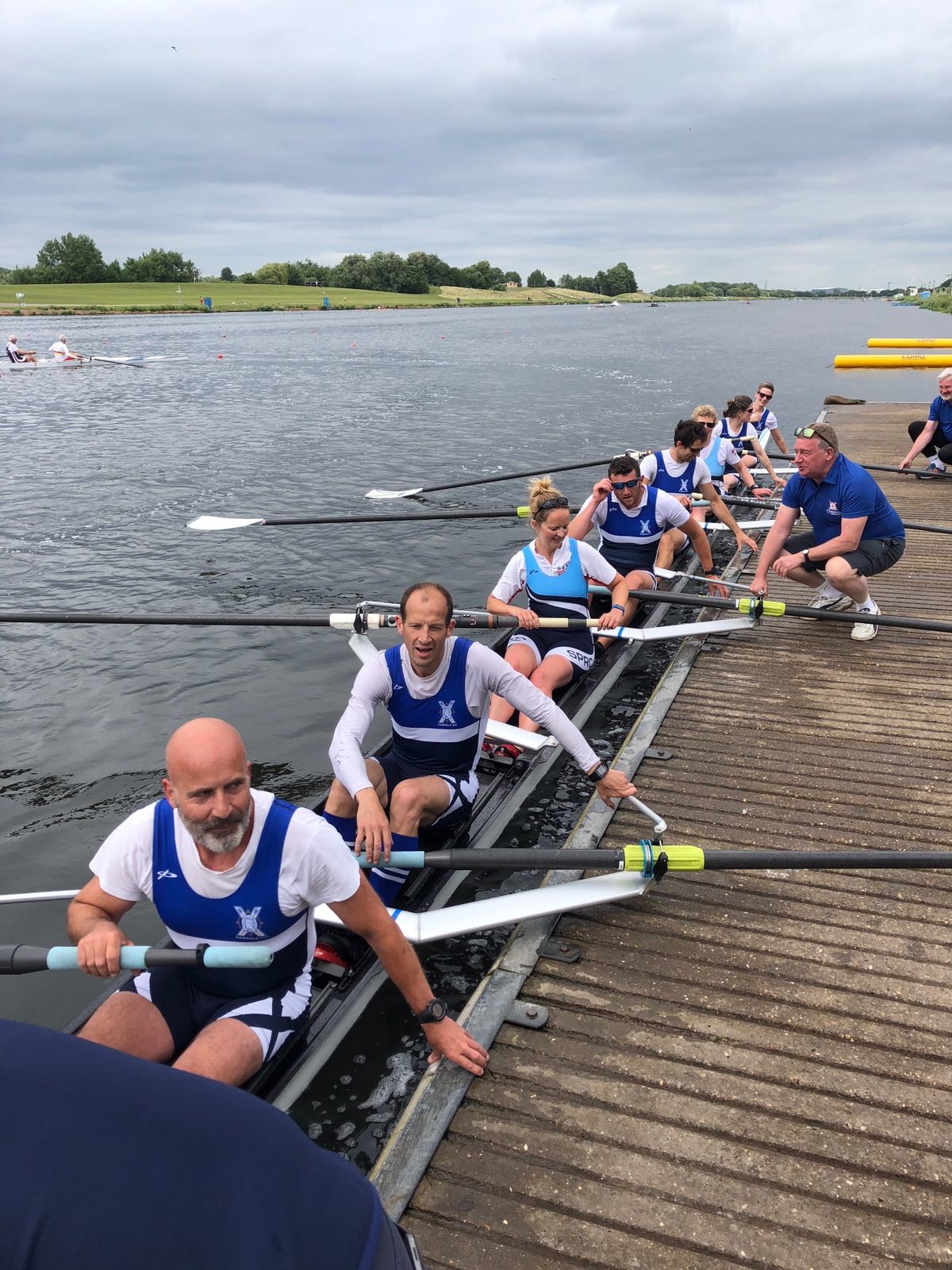 To top off the weekend, St Andrew and Strathclyde Park joined up for the Mixed C8+. In a two boat race, Iain Wilson, Tom Duke, Gillian Connal, Colin Williamson, Andrew Dobson, Ailie Ord, Trini Duke, Martha Walsh and cox Rosie Payne, took on a composite crew from Leicester and Trentham. Over the first half of the race the Scots gradually edged ahead but as they passed through the 500m marker, they pushed home and grabbed another Gold medal for the Scottish contingent, taking the tally to 15 overall.

Masters rowing is growing across the country, seen last weekend through both the number and quality of crews racing. The next big event is the World Masters Regatta in Sarasota, Florida, in September.