Scottish Rowing is sending a 13-strong group of its supported athletes to Caversham this week for the GB Rowing Team Senior, Under 23 and FISU trials (14-16 April), the final opportunity to secure places on international teams this season.

Gavin Horsburgh and Maddie Arlett, silver medallist and finalist respectively at the 2017 senior World Rowing Championships, and Josh Armstrong, under 18 World Champion in 2015, are the better known Scots in the group which includes 12 rowers from the highly successful Edinburgh University Boat Club.

The trials process began back in November at Boston with Glasgow teenager India Somerside and England’s Lauren Gray taking first place in the women’s pair. 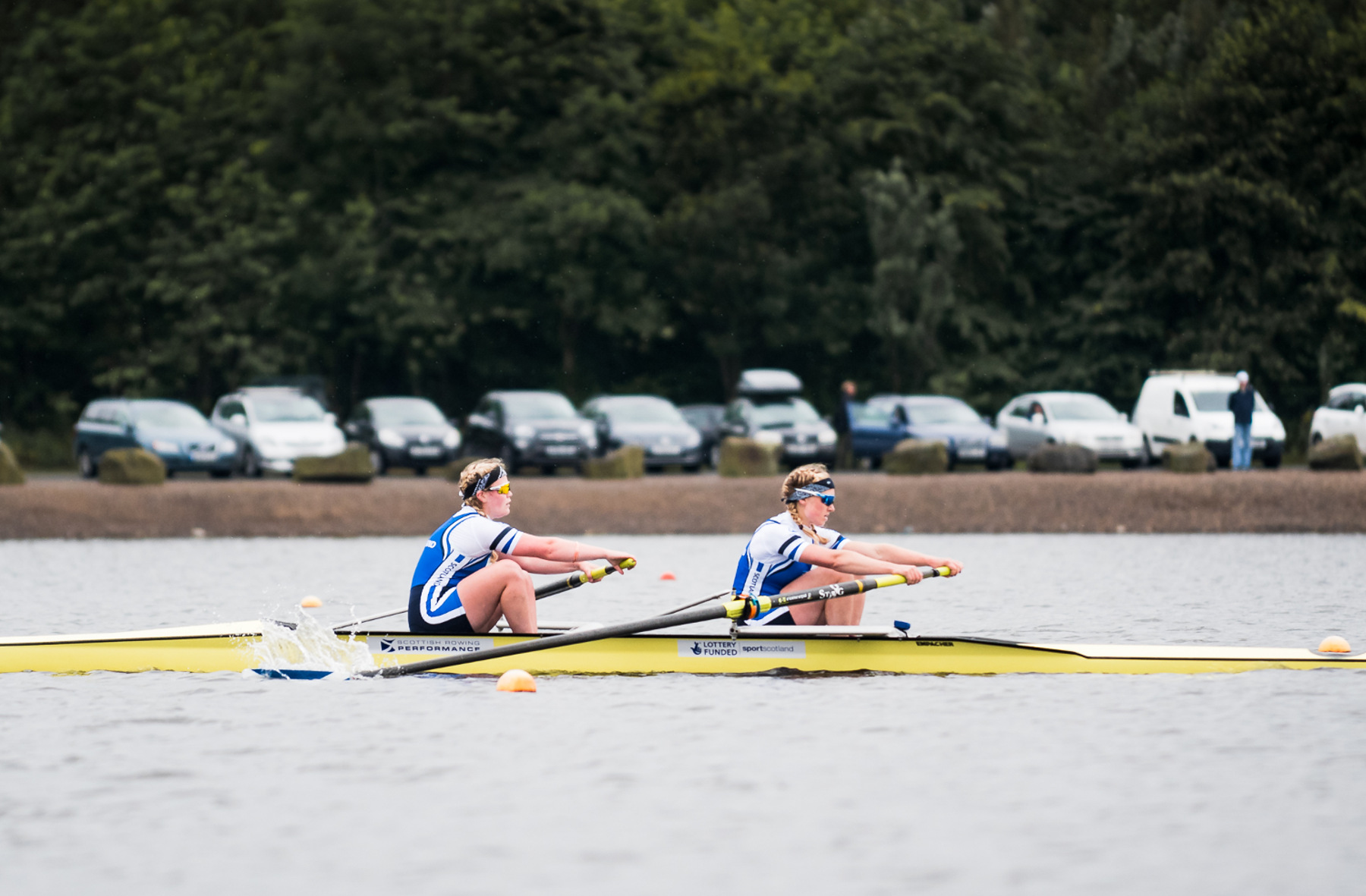 This Scottish winter has been memorable, both for harsher than normal weather and the two-month closure of the main training venue at Strathclyde Park, but Somerside believes she has made progress.

“Training has been tough and the weather had caused us difficulty in getting onto the water,” she said.

“It means the majority of our training has been indoors, but indoor training was essential to building our fitness and strength, leading us to a great set of results in our past club races this year.

“We have cherished every moment we have had on the water and I'm excited to get down to Caversham, put everything out of my mind and just focus on performing.”

Gavin Horsburgh and Josh Armstrong are almost veterans of the trials process, but as standards improve each season neither has been resting on past laurels. During Strathclyde Park’s closure the Edinburgh athletes made Auchinstarry Quarry their own water base whilst continuing to train indoors.

“I’m improving but I’m also seeing people that had previously been slower than me make a big push, particularly in the Edinburgh squad, so having them nipping at my heels keeps me on my toes and pushing hard in training,” said Horsburgh, who would like to get back into the GB under 23 Rowing Team this season, ideally in a smaller boat again.

“Whether or not I’m fast enough to get in the senior boat again we’ll see. It’s literally going to be how well I’ve been able to perform in the single. Last year at Caversham I put in a good performance in the time trial, so I’d like to emulate that, if not better it.”

This season’s trials have been a mixed experience for Armstrong who collided with a bank in the opening race, then missed February’s event with a knee injury. Now injury free, fighting fit and stronger than ever, he is looking forward to racing against the best in Britain.

“This is the one opportunity you get to race the top guys in the country so I’m looking forward to final trials and getting the chance to see how I compare against them,” said Armstrong.

“I’m looking to perform at the best possible level and have a good race. The main aim this year is to get to the under 23 World Championships and if I manage that then make sure I’m on the podium.”

With snow making an appearance over much of Scotland last week, Edinburgh University were no doubt pleased with their decision to take a number of their trialists for warm weather training in Belgium.

Newly turned 19-year-old Edinburgh medical student Dale Flockhart was the youngest on the camp and having been part of the trials process for the first time this year he got much from the three sessions a day routine. 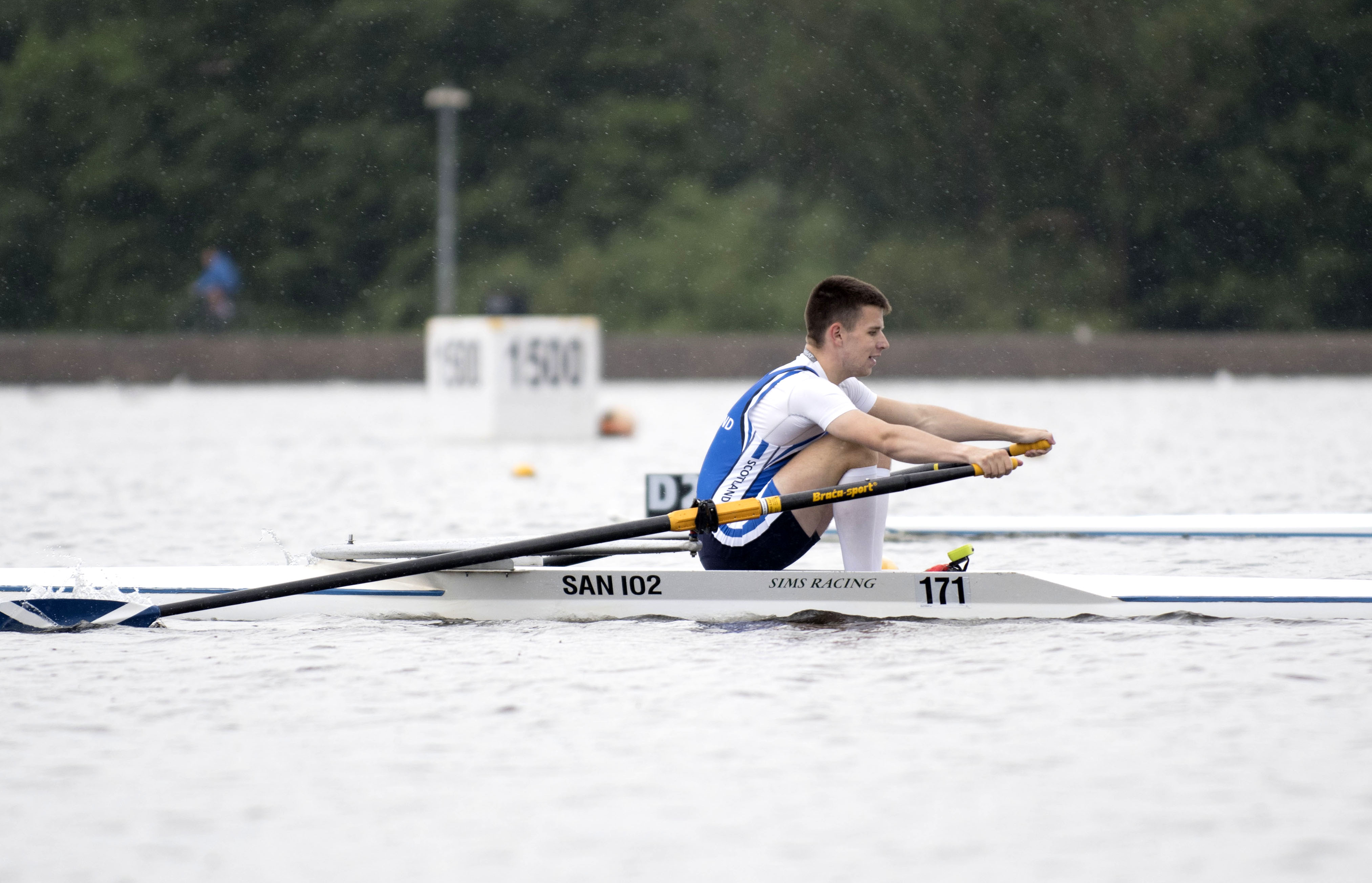 “This year I’m stronger and fitter, and the results are proving it,” said Flockhart, who finished in the top 10 of both trials so far, achieving a fourth and a third in the under 23 category.

“It’s certainly a different environment at Edinburgh University being part of a huge squad in a really competitive environment compared to at St Andrew Boat Club getting coached by my dad on a wee canal.

“The programme has helped a lot and I’ve seen a big change; my strength has gone up, my erg scores have got better and so have my water times.

“Selections have been nerve wracking but good so far and hopefully I can take it on to the final trials and see what I can do.”

At 24, and the oldest in the group, Glasgow’s Jack Burns is planning to improve on last year’s final trials performance where he finished the time trial just 0.3 seconds short of a place in the AB semi finals.

“The aim at the beginning of the year was to get invited to final trials and from there to see if I can move up a few places from last year,” said Burns who combines coaching work with an almost full time training regime on the Clyde at Clydesdale Amateur Rowing Club.

The hard work is clearly paying off for Burns who has achieved personal best times in both trials so far, over 2km on the ergometer in November and 5km on the water in February.

“I’m still getting faster so that’s what’s keeping me coming back,” he continued.

“Last year I was a bit gutted that I couldn’t contend for the AB semis, but this time I’ll hopefully get in the top 12, get through to the ABs and try and see how fast I can go.

“I’ve been focussing on the boat a lot more and my technique is getting better which has helped loads.

“I’m enjoying it and as long as I feel I’m getting better I’ll be strongly leaning towards continuing to row. I want to get to a point where I can say I’ve done everything I can.”

For the second successive year the athletes, from programmes in Scotland, will travel to the trials together as one team supported by Scottish Rowing.

The cost of the team camp is being underwritten by Scottish Rowing with support from Winning Students and the sportscotland institute of sport, who are providing a physiotherapist and physiologist to support the team.

Said Scottish Rowing’s Head of Performance Pathway, Lee Boucher: “Scottish Rowing is delighted to be supporting a record number of athletes at these trials with a particularly strong contingent from Edinburgh University Boat Club highlighting the excellent work being overseen by coaches Colin Williamson and John Higson.

“Thanks to the excellent support of Winning Students and the sportscotland institute of sport, our ‘Team Scotland’ approach at these trials aims to give our athletes the best possible preparation and a competitive advantage on the water.”