The Scottish Rowing Awards were presented at the Scottish Rowing Dinner at the sportscotland National Sports Training Centre in Largs on the 20th January during an evening where we celebrated the many successes in our sport in 2016-17. Pride of Britian Award winner Fraser Johnston was our guest speaker for the evening. Dame Katherine Grainger and Gavin Horsburgh joined Fraser for a Q&A session after the dinner. 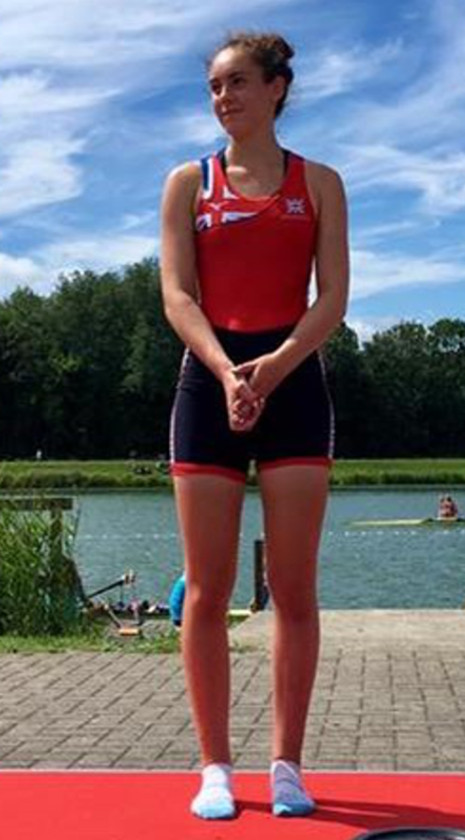 Junior Rower of the Year was won by Jane Hardie of George Heriot’s School Rowing Club, who as the Great Britain junior women’s single sculler at the 2017 Coupe de la Jeunesse won silver and bronze medals. 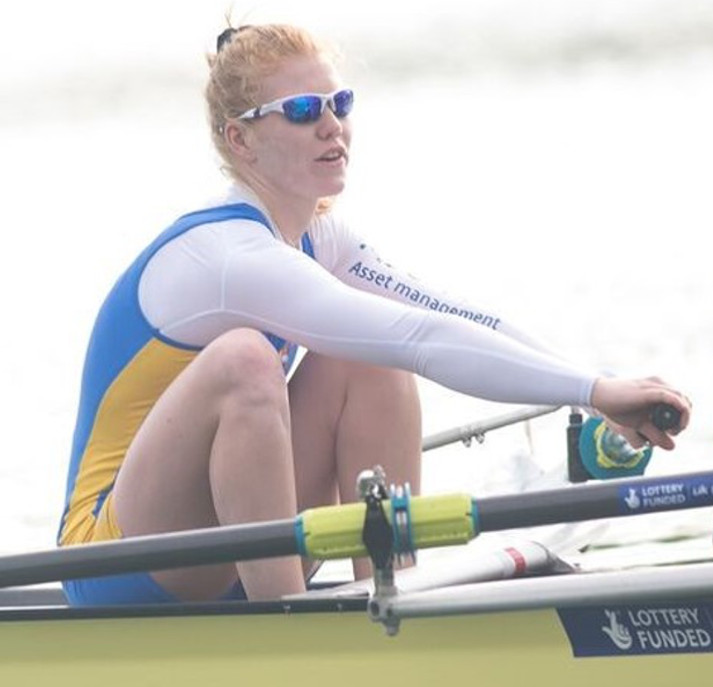 Senior Rower of the Year was won by Fiona Bell of Aberdeen University Boat Club who made her debut for Great Britain, winning a bronze medal at the European Under 23 Rowing Championships. 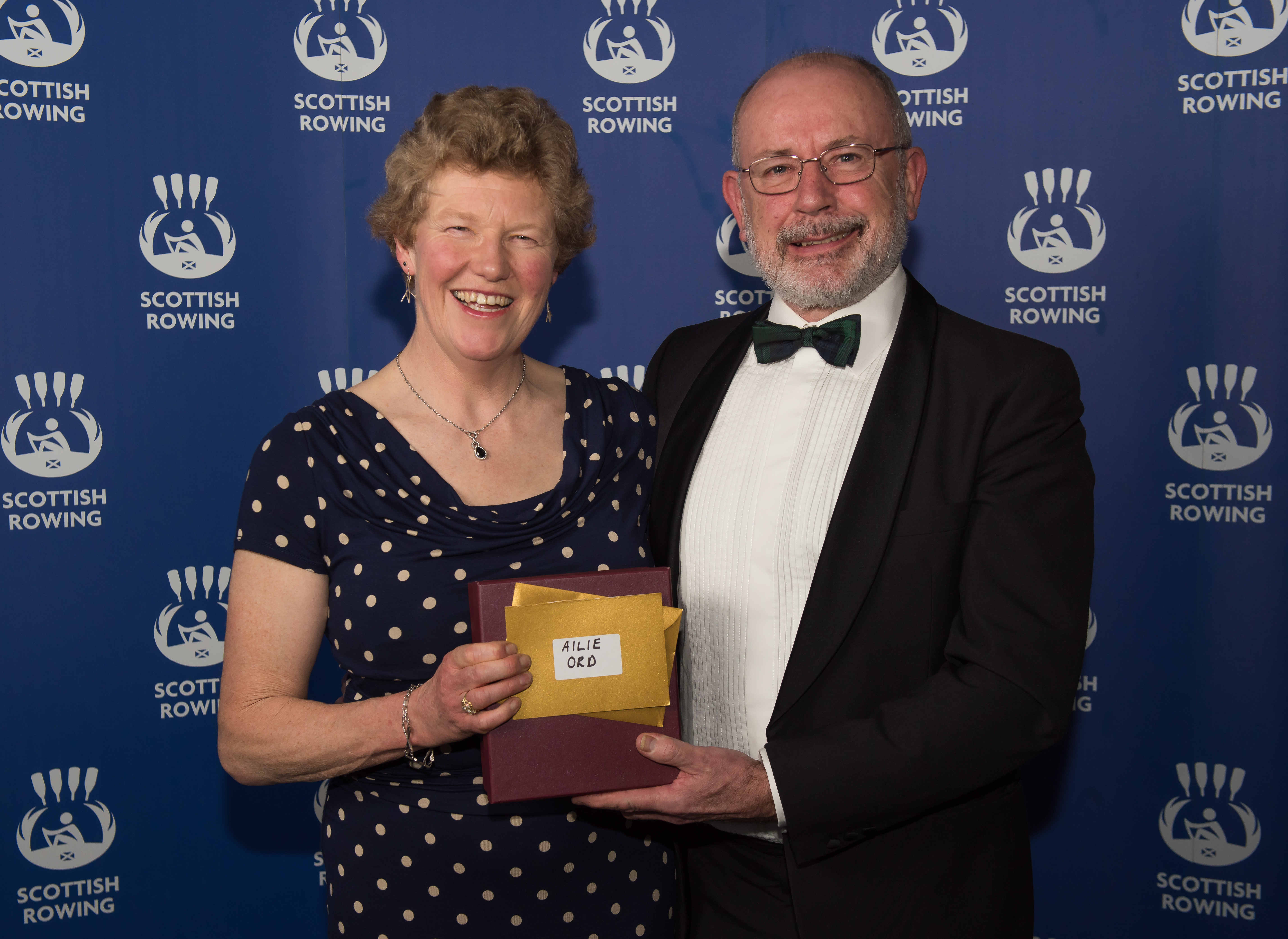 Masters Rower of the Year was won by Ailie Ord of Strathclyde Park Rowing Club who enjoyed another hugely successful season culminating in 10 gold medals across every age category from Masters B to F at the 2017 World Rowing Masters Regatta in Bled, Slovenia. 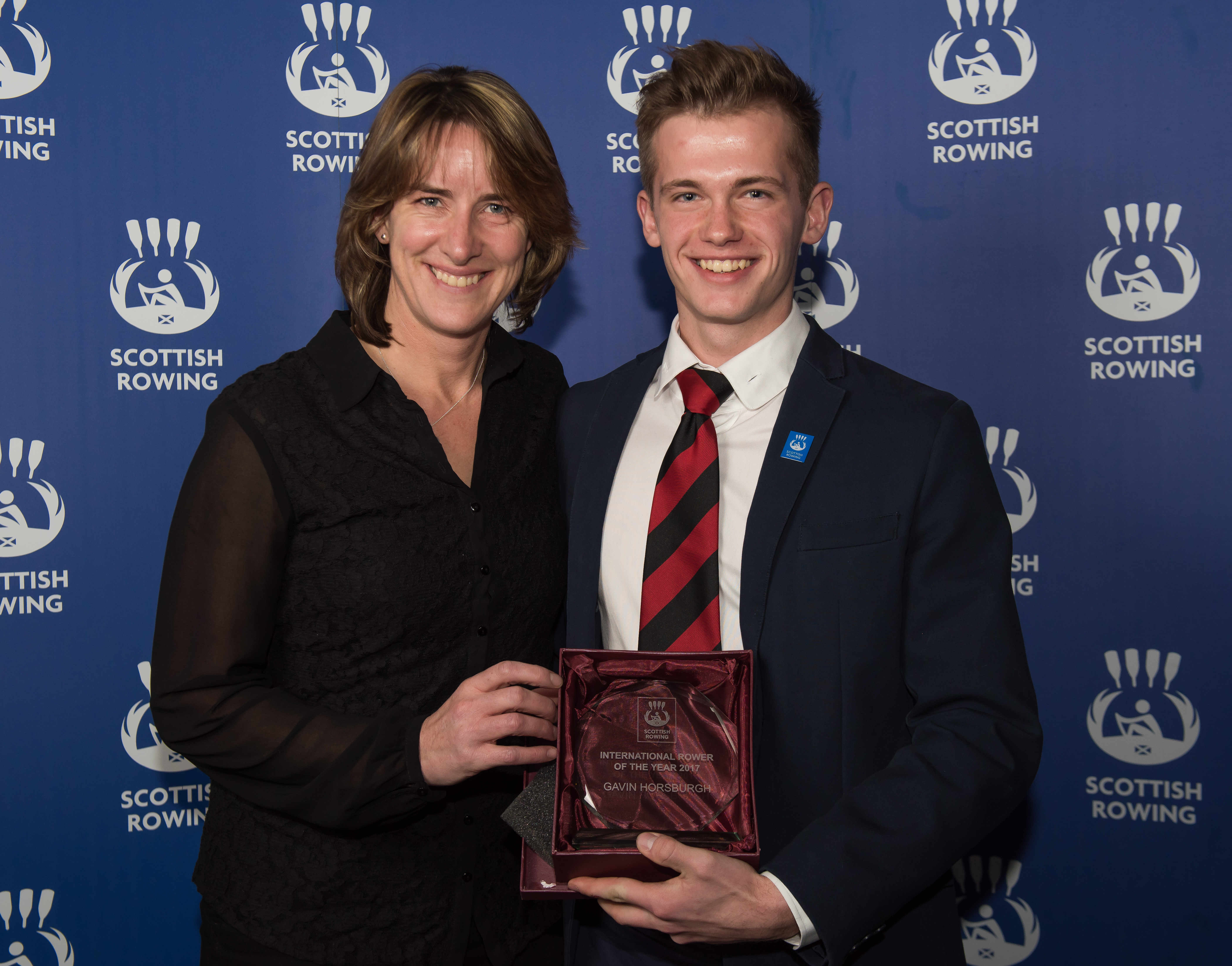 International Rower of the Year was won by Gavin Horsburgh of Edinburgh University Boat Club who stroked the GB Rowing Team lightweight men’s quad scull to a silver medal at the World Rowing Championships, adding to his junior and under 23 world gold medals won in 2015 and 2016.

Crew of the Year was won by The Edinburgh University Boat Club women’s eight, the first Scottish single club crew to qualify for the Remenham Challenge Cup, an international standard event at Henley Royal Regatta, where they enjoyed a memorable race against the New Zealand national women’s eight.

The panel was unable to seperate two of the shortlisted nominees in Coach of the Year so the award was awarded jointly. 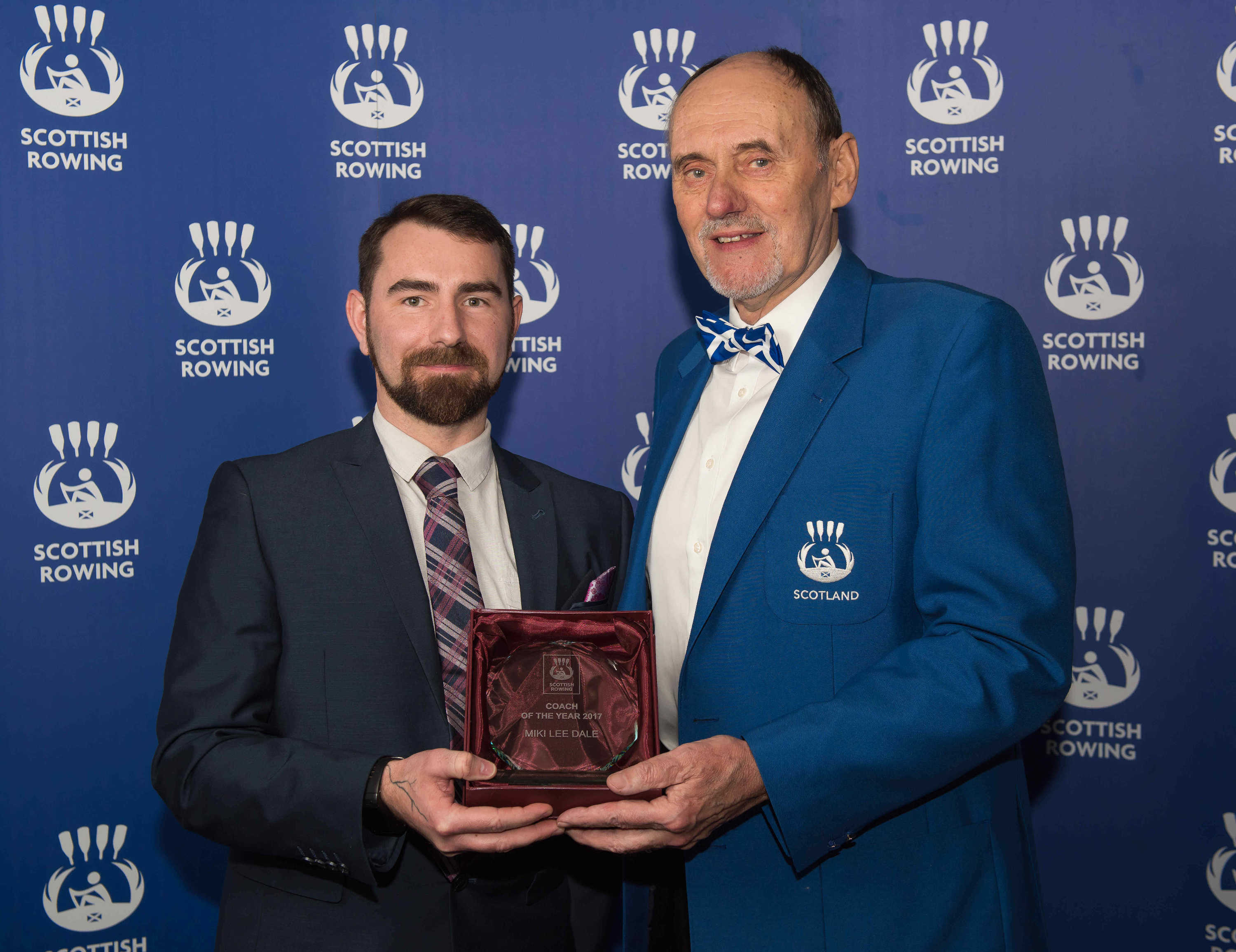 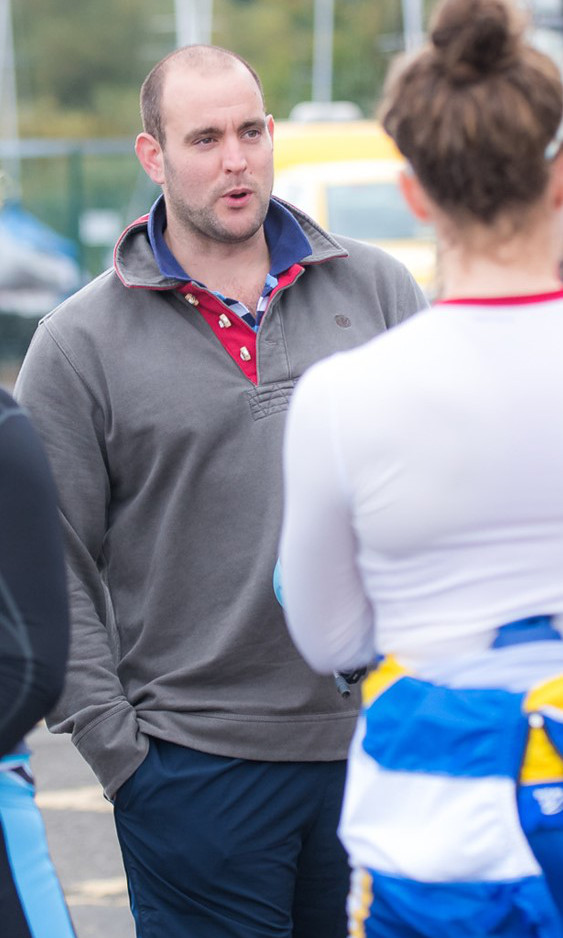 John Higson, senior women’s lead coach at the University of Edinburgh, who led his squad to a record breaking season including coaching Maddie Arlett to a place in the GB senior team before making his debut as a coach for the GB Rowing Team at the World Under 23 Championships. 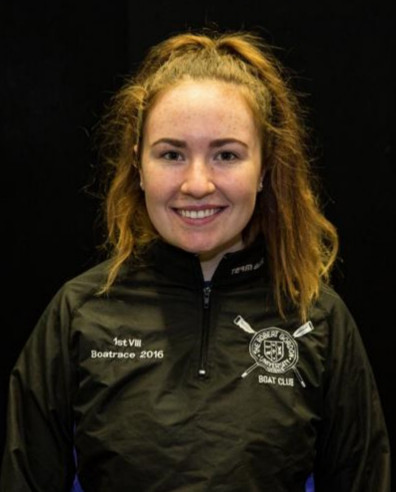 Volunteer of the year was won by Erin Wyness President of Robert Gordon University Boat Club for the past 3 years, who has been instrumental in the development of University Rowing Aberdeen, a unique partnership between the two main student boat clubs in the city which has allowed the clubs to recruit a full-time head coach and significantly upgrade the boat fleet. 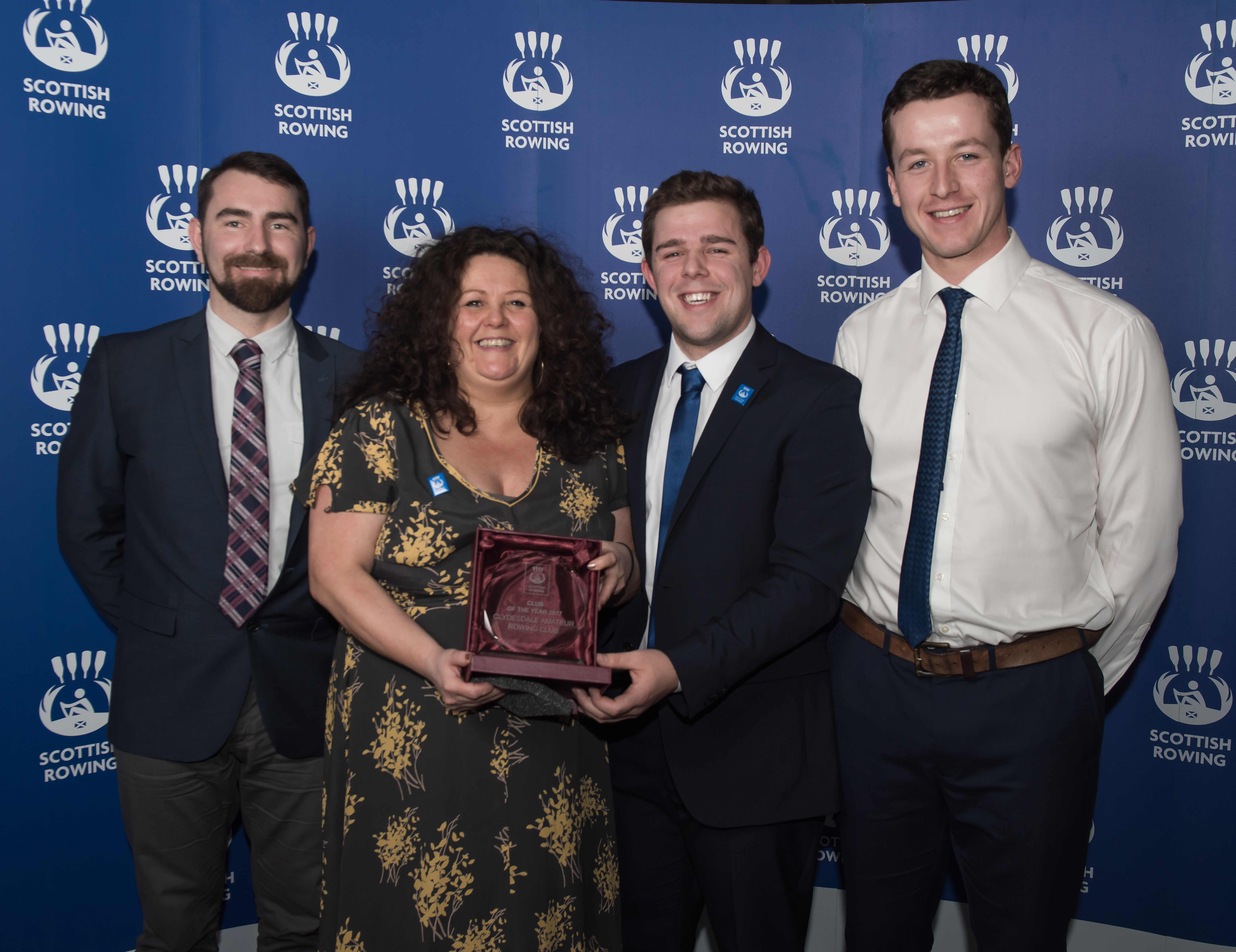 Club of the Year was won by Clydesdale Amateur Rowing Club who over the past year have had a strong focus on inclusion and diversity, with the whole club engaged in equality training and delivering a number of innovative events including the open doors project and Pride on the Clyde. 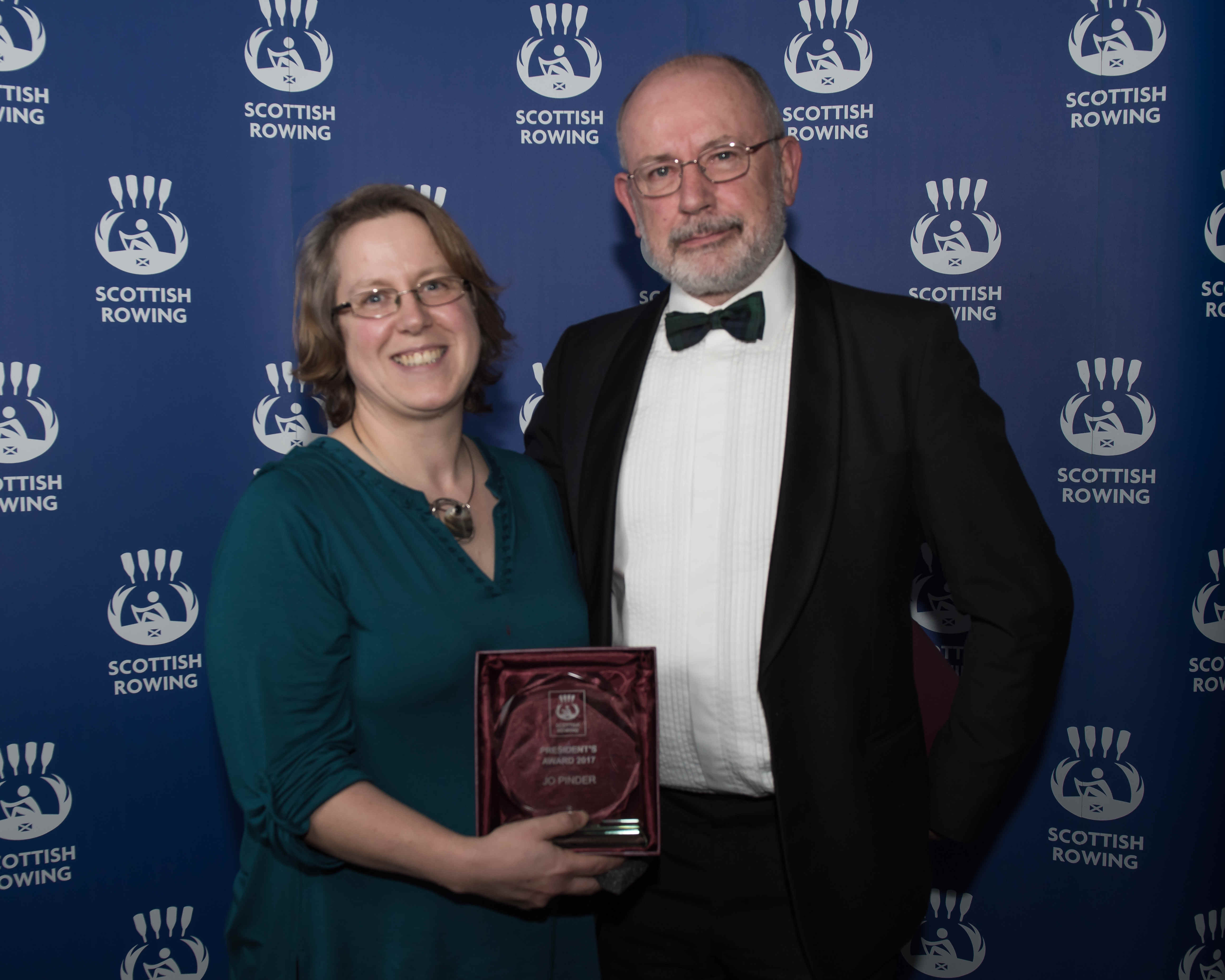 The Scottish Rowing President also presented the President's Award to Jo Pinder in recognition of all her hard work behind the scenes.  Jo's work is often unseen because it is oiling the wheels and preventing problems before they happen.  As well as her long days working in race control at Scottish Rowing events, Jo is usually the one tweeting results throughout the event.  Jo goes above and beyond to help Scottish Rowing members with their event entries, membership problems and points - often at short notice and anti-social hours.