Traditional rowing schools, clubs and the GB Rowing Team Start programme – which turns novice talent into rowing super-humans in a rapid process from age 16 and is the sporting Alma Mater of Olympic gold medallists like Moe Sbihi and Helen Glover – are all rich seams that are being mined.

Speaking recently with Peter Sheppard, Chief Coach for U23s and Juniors, and Louise Kingsley, Development Pathway and Programme Manager, there are other, strong if less-profiled sources.

Kingsley says:  “Clubs like Leander Club, University of London BC, Oxford Brookes and Durham have a great track record in this area. They can take novice rowers, from their first stroke, or club-level rowers to the national training squad. Paul Bennett, from UL, who won gold in Rio, is a classic example, as is 2015 World silver medallist Will Fletcher who came through both Durham and Leander into the GB team”.

“It’s an exciting time”, said Sheppard.  “We have the chance to shape the next eight years with rowers who are coming from multiple sources including the UK and US universities and our big clubs and schools”.

Edinburgh University’s High Performance Programme is a good case study. Led by coaches Colin Williamson (men) and John Higson (women) they have a range of talented rowers, headlined by Josh Armstrong and Gavin Horsburgh, who have already made World age-group podiums. 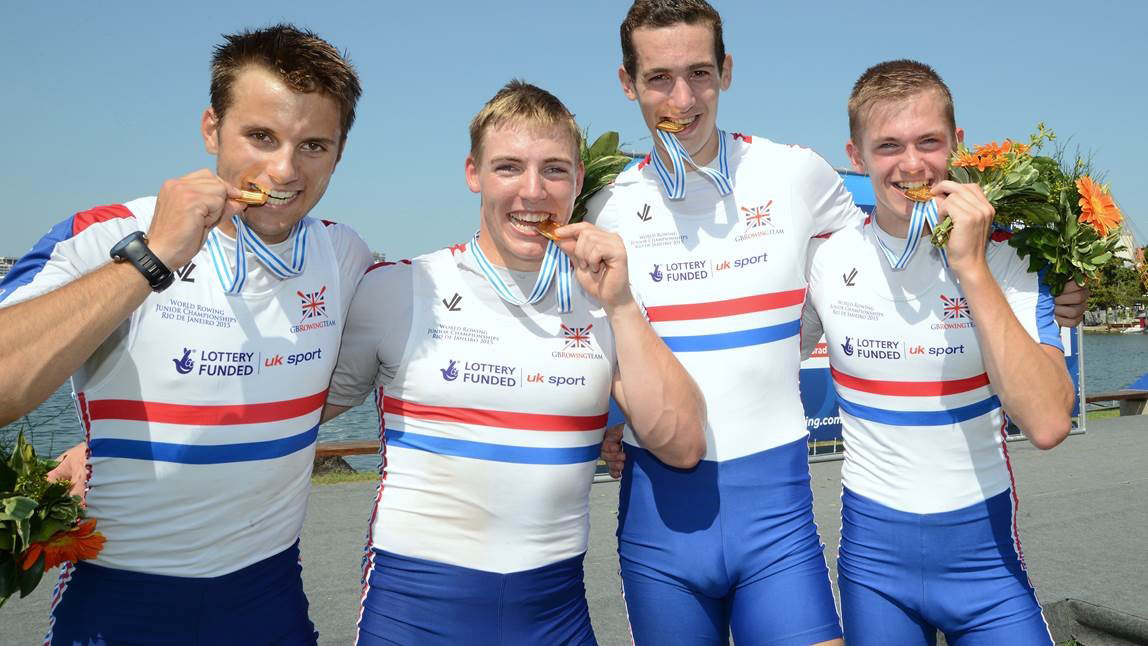 Both came into the Edinburgh set-up from Glasgow Academy as did Alex Rankin and India Somerside who were part of the World junior women’s four.

Some rowers, though, like Maddie Arlett – part of the 2016 U23 World lightweight women’s quad – and Calum Irvine, from the World U23 men’s eight, were taught to row at Edinburgh.

It’s not all about the rowers, however.  The HPP in Clubs backs the rowers with strong physiology and strength and conditioning support.  In Scotland, the Scottish Rowing Performance Programme works in partnership with the sportscotland institute of sport to deliver this support targeting athletes on track for GB teams at junior and U23 level.

Coaches can progress too.  Williamson, Head of Rowing at the University of Edinburgh, was named as “GB Development Coach of the Year in 2016”.

As part of the HPP programme there are opportunities to transition to coach at World U23s, FISU Champs and to attend GB Rowing Team training camps to work alongside the nation’s best.  Both lead coaches within the Edinburgh programme have benefitted from this opportunity with Williamson having coached the U23 lightweight men’s quadruple scull to gold last summer in Rotterdam whilst Higson was selected as coach of the lightweight women’s single scull at the FISU World University Championships in Poznan.

“I would say it’s all about mutual benefit”, says Kingsley.  “The clubs get this kind of added value, plus some funding, and it’s a joint effort – a partnership between GBRT and the Clubs.  In Scotland we also benefit from an excellent relationship with Scottish Rowing and the sportscotland institute of sport.  For instance we are collaborating on a long-term monitoring and profiling project which will be hugely beneficial to the development of future rowers.

“Rowers progress in a supported and age-appropriate development environment and they also have fun along the way.  The top of the pathway emerge into international squads and others move into the participation stream. It’s important that they enjoy their involvement”.