The Scottish Rowing Championships returned to Strathclyde Park once again on the 3rd – 5th June 2022 after a 3-year hiatus due to COVID-19. 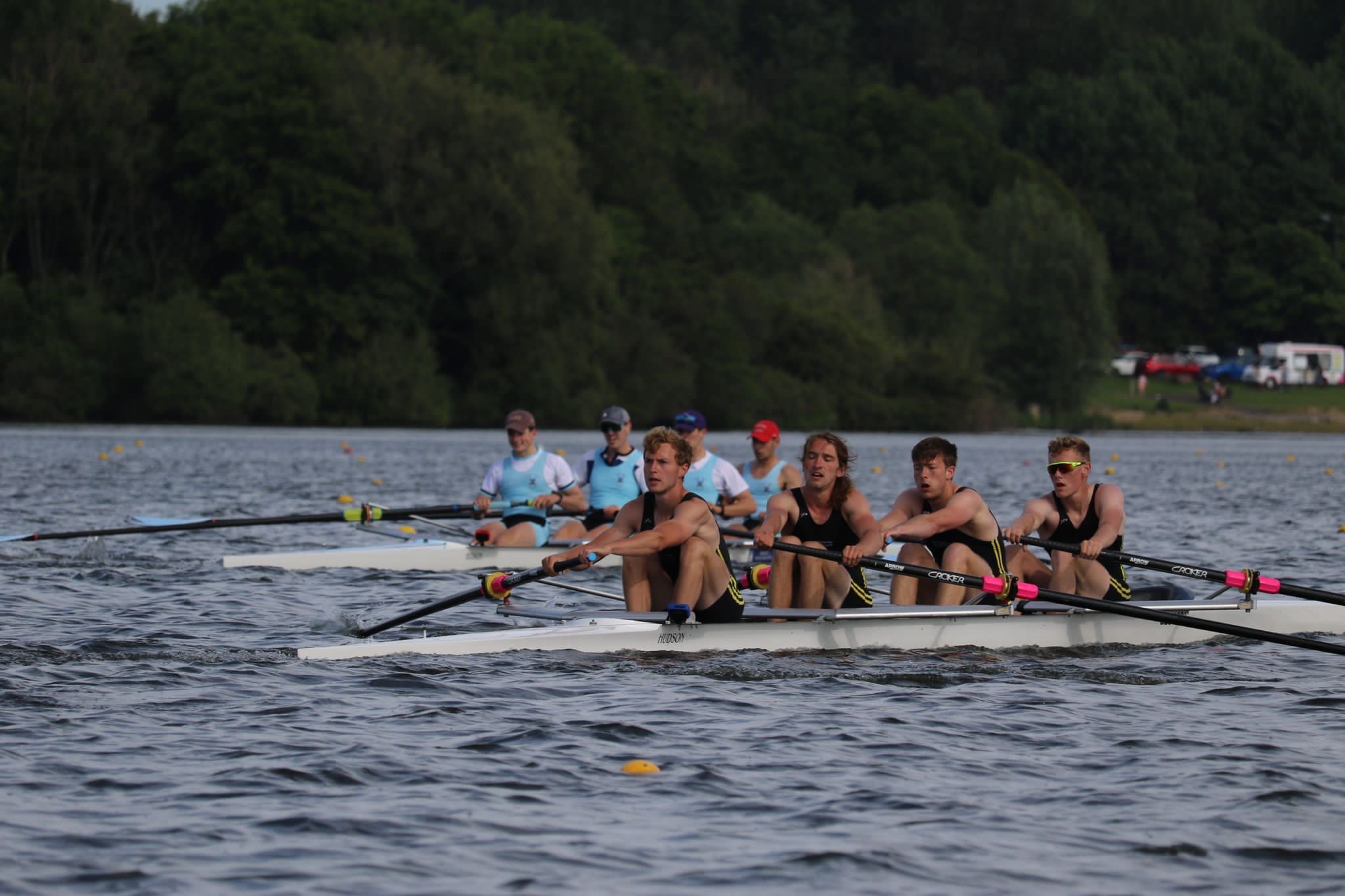 Clubs from all over Scotland and a few from beyond, travelled to compete in the 3-day event.

The competition schedule consisted of races for beginners to the sport, who first picked up an oar no more than 12 months ago, to the top performing Scottish athletes in the country. Races ranged from 1000m beginner and masters events to nail biting finishes at the end of a 2000m race.

The Friday competition consisted of time trials for Championship competitors in the coxless pairs and singles events. With the singles and pairs events also being selection events for the Scotland team for the Home International Regatta competition was always going to be fierce.

A class field of 42 Open single scullers started the time trial on the Friday afternoon which led to some very competitive finals. Final A saw a mix of senior and junior rowers battle it out for the bragging rights with Cameron Kemp from Strathclyde Park RC winning the Championship single title and K. Sutherland from George Heriot’s School taking the win in the Junior 18 division. The Junior 16 title was won by M. Heidenreich of Aberdeen Schools RA.

In the Women’s singles event 38 competitors took to the water in the time trials to fight for the Championship title. Five Edinburgh Uni BC scullers made it to Final A but it was Perri McCluskey of Strathclyde Park RC who made it over the line first. I. Clements of Edinburgh Uni BC won the Junior 18 event and E. Steele of George Watson’s College claimed the Junior 16 title.

The Open pairs event had 26 entries with some very good Junior boats pushing the senior crews very hard indeed. The eventual winners C. Bradley and A. Stoker from Edinburgh Uni BC holding off the Junior 18 2- winners B. Nussey and H. Patton from St Andrew BC by only 2 seconds in final A. The Junior 16 title went to H. Pearce and M. Heidenreich of Aberdeen Schools RA.

The Women’s pair A final was an even closer affair with less than a second between first and second place. The Junior 18 crew of M. Aspinall and Z. Beeson backing up what has already been a very successful regatta season by squeezing their bow ball over the line ahead of the Edinburgh Uni BC crew of C. Taylor and L. McCoy to take the Open and Junior 18 titles. Glasgow Academy’s K. Hunter and S. Nielsen won Final C and with it the Junior 16 event.

It was particularly pleasing to see the depth of entries in the non-championship J14 and J15 events, with many of the competitors in those events rowing in their first Scottish Championships. In the Women’s and Open J14 and J15 singles events a total of 71 individuals took part which bodes well for the future.

Our thanks go to all our volunteers, the staff at North Lanarkshire Leisure, the Air Cadet volunteers and everyone else involved for making it possible to run a successful Scottish Championships. We would also like to thank Strathclyde Park Rowing Club for running their excellent tearoom at the event.

The next Scottish Rowing Championships will be held in June 2023.