Last week the World Masters Rowing Regatta was held in Sarasota, Florida. This event saw athletes from across the world from Russia to Brasil, from Germany to Canada race across four days.

Although it was hot and humid, Strathclyde Park's duo of Ailie Ord and Gillian Connal headed out and joined up with GPA of Brazil and Rocky Mountain Rowing Club of Denver to take part.

The conditions and standard of competition were tough but the ladies raced hard and took home some great results. In both the B and C double, the crew faced tough ex USA national squad members and placed second in both events. In the C4x, they joined up with friends from Rio de Janeiro and although they had never practiced together, they came second, only losing out by 1.5 seconds.

In the E8+, Ailie joined up with new friends from Carnegie Lake who row at Princeton and they fought hard with a very experienced crew from Chinook and pushed them all the way. Unfortunately the ladies missed out on gold but what a race!

Ailie and Gillian competed in both the B and C pairs and although they were in a borrowed boat and with an interesting line down the course, the ladies started a wee gold rush. Gold in both! 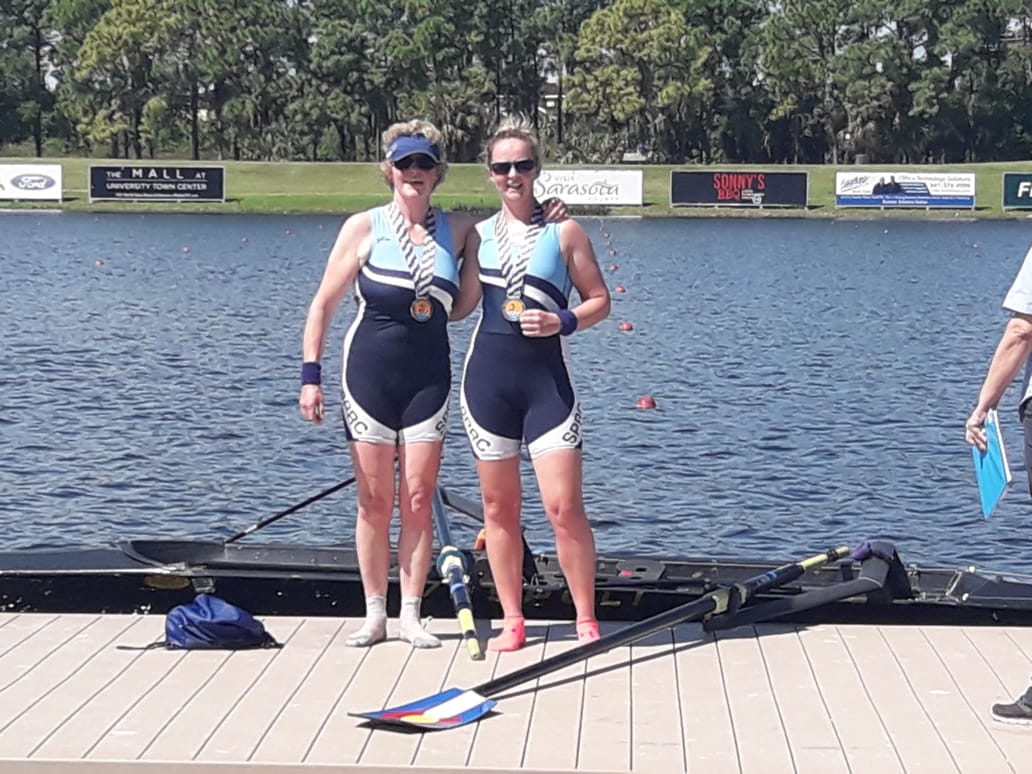 And on to the mixed races on the Sunday. Some say it is a bit of fun some others say they can be the most competitive races of the week. Ailie joined up with friends from Barroso and GPA (both Porto Alegre, Brazil) in the mixed D4x and smashed the opposition to bring home gold. Gillian joined up with GPA for mixed B2x and after being down by 4 seconds at halfway caught the competition and just missed out- 0.15seconds in it!

Ailie then joined up with Potomac from Washington DC and won the mixed E8+ and Gillian joined friends from Chile (Estella Blanca) and Brazil (Vasco da Gama and CR Piraque) to bring home another gold in mixed B4x. 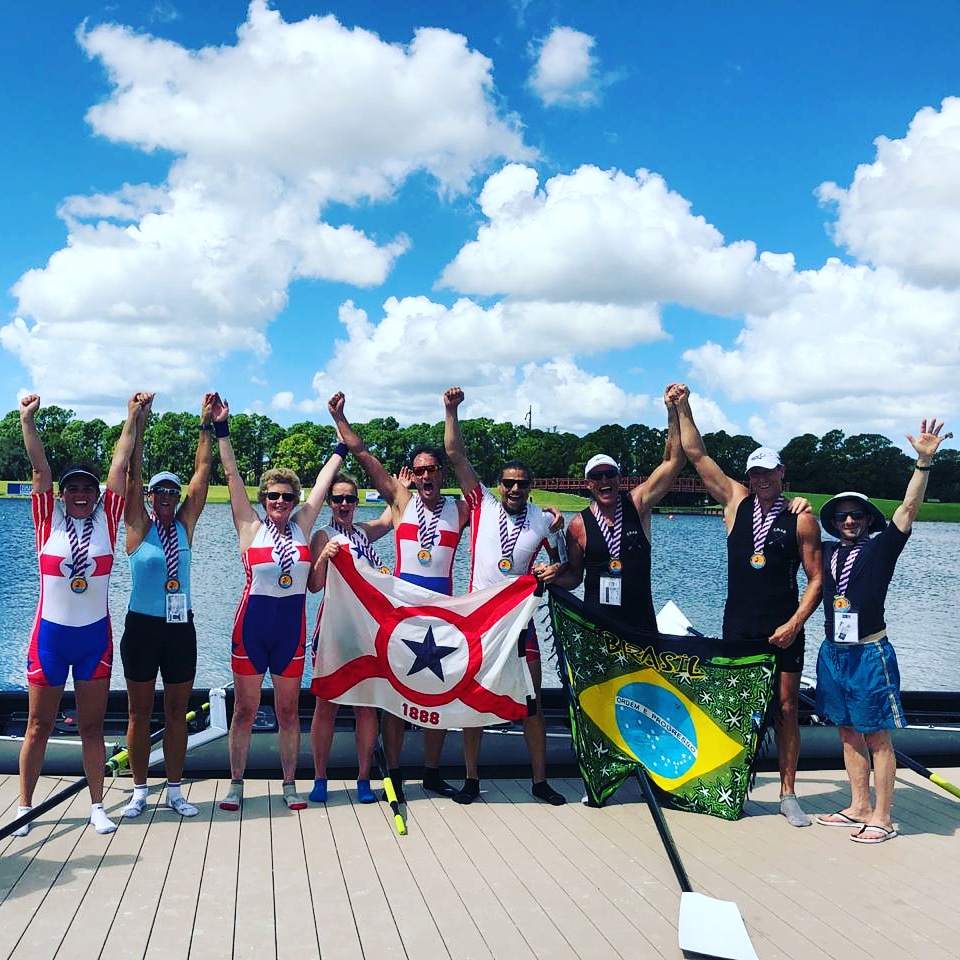 Then it was on to the big one, the mixed C8+. Joining up with GPA, Barroso and Calm Waters (Virginia), the duo headed out for the last race of the day for all involved. With strong cross winds, the crew positioned themselves well at the start and had a clean start. Although down in the first half of the race, the crew pushed through at halfway to level up with another international crew and an all American crew. Cox James Hopenfeld called for the crew to go through and they delivered. Another gold for the team finishing clear of the field by 4 seconds.