How Perri McCluskey leapt from beginner to Scotland Rowing Team

Stirling University student, Perri McCluskey, has made the jump from beginner rower to Scotland Rowing Team competitor in just over a year.
And, having been discovered by British Rowing’s World Class Start programme, this could just be the start of the 19-year-old’s career in the sport.
It was only by chance that the Lenzie teenager started rowing.  A runner since the age of eight, she was looking for a different sport to try when she joined the university. 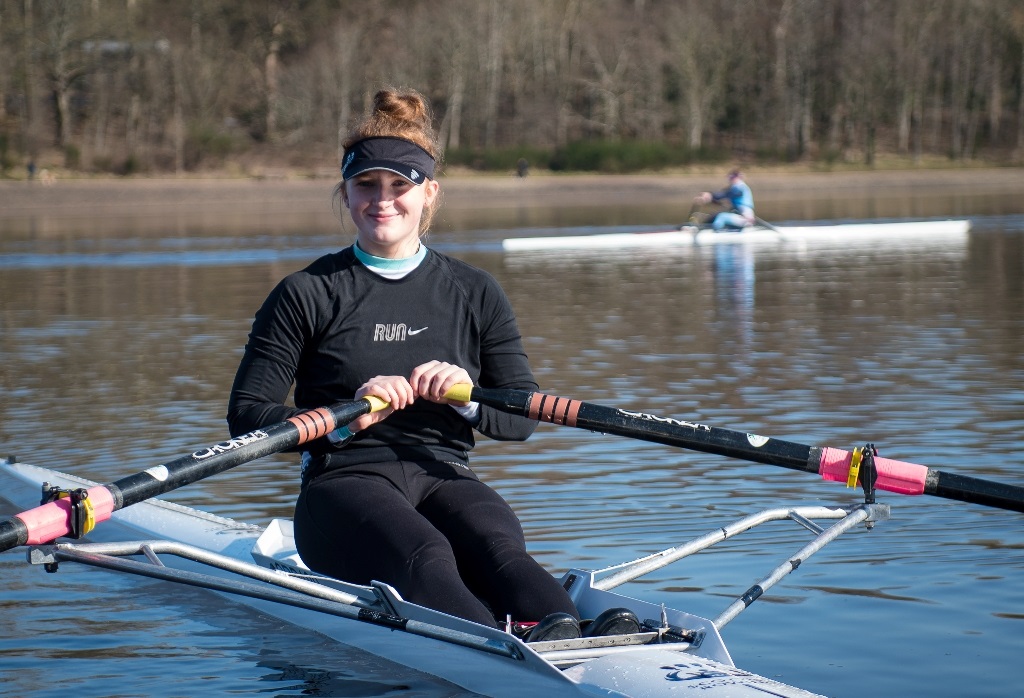 “Before coming to Stirling all I’d ever known was athletics and running and I wanted to do a different sport,” said the Environmental Science second year student.
“I had no intentions of taking up rowing but a friend wanted to give it a try, asked me to go along with her and I ended up joining the club.
“Then I found out about the World Class Start when my mum saw an advert and because I’m 5’10”, which is the height you need to be, I applied straight away.”
It was March 2017 when British Rowing opened its new World Class Start centre at the Glasgow 2018 European Championships rowing venue, supported by Scottish Rowing.
The programme aims to identify young athletes with the potential to become Olympic medallists. And judging by the statistics - at the Rio 2016 Games, 27 percent of Team GB rowers came from the Start programme – it works.
Perri applied, took part in a range of tests, discovered she had the ideal attributes to potentially be a top rower and was invited in.
Since then her improvement has been little short of astonishing.
In May she scored highly on the indoor ergometer (rowing machine) then in June’s Scottish Championships she won the open double with Sophie Parsons (Edinburgh Uni BC) and finished fourth overall in the single.
The combination saw her selected to race for Scotland at the Home Internationals in Cork this summer, where she competed in the double with GB under 23 international, Fiona Bell. 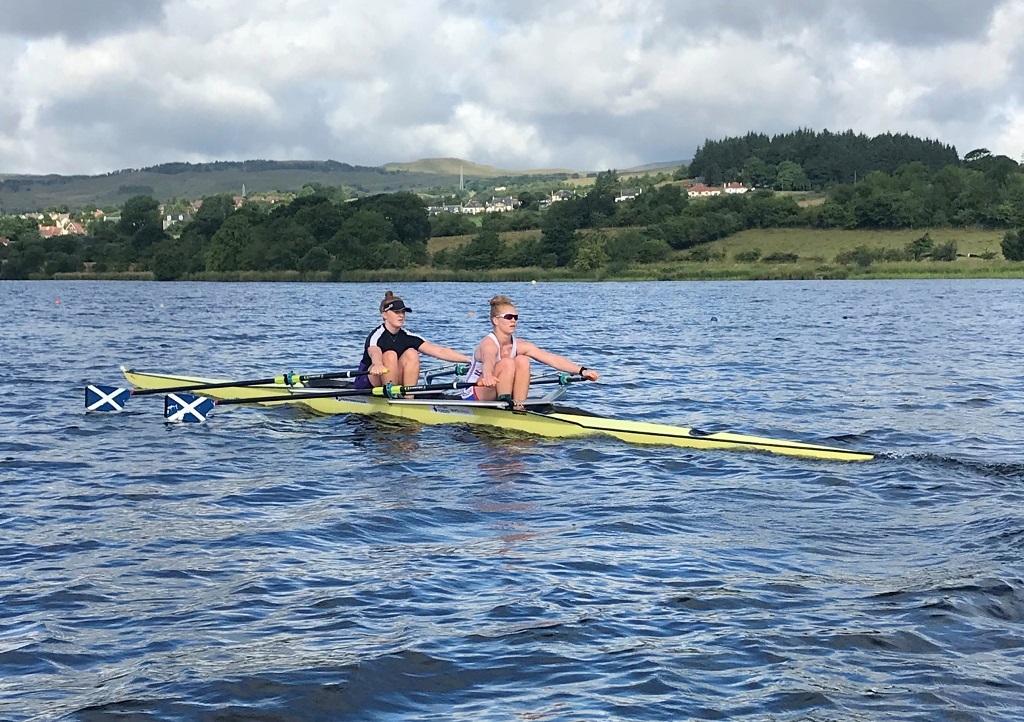 “I hadn’t expected to be selected for Scotland so I was really happy and surprised when I was,” she said.
“The Home Internationals were a great experience, and I learnt a lot from training and racing with Fiona.”
Recruiting athletes to join World Class Start is an ongoing process for Tom Young, who heads up the Strathclyde Park programme and is coaching athletes from as far afield as Helensburgh, Edinburgh, East Renfrewshire and Carlisle.
He is thrilled that one of his early intake has achieved the important step of making it onto a national team.
Almost certainly this is the best opportunity Scotland has had to produce champion rowers and Young believes there are young people right across Scotland who have the potential to join.
“This is a unique opportunity of giving young athletes the chance to try out something new that they could find they’re exceptional at,” he says.
“This programme has been proven to take athletes from other sports from their first day in a boat all the way through to the senior Olympic squads
“We are looking for a few basic criteria - females between the ages of 14 and 22 who are 5’10” or taller; and males of 6’2” or taller between the ages of 14 and 20.
“After that we are just looking for general athleticism, people who see themselves as reasonably fit and having the potential to be fit and strong.”
Becoming a top rower involves commitment and work but Perri has gone from reading the advert to becoming a role model for the programme.
“I’d certainly encourage other people to apply, come along, get tested and see if you’re capable because it’s a great opportunity and a great thing to be part of,” she said.
“It does require a lot of commitment, especially because I’m balancing it alongside being a full time student.
“Training is six days a week, two to three times a day sometimes.  But the programme is obviously working great for me and I’ve seen massive differences.
“I’m really enjoying it and I’d just like to keep improving and look forward to the future to seeing what it brings.”
Watch our video of the World Class Start programme in action at Strathclyde Park on this link:  www.youtube.com/watch?v=NiRVdK80sCA
For more information, or to register your interest in the programme contact Tom at Tom.Young@britishrowing.org