Three world champions are amongst a Scottish Rowing supported group of athletes invited to this week's GB Rowing Team Senior & Under 23 trials (14-16 April) at Caversham, hoping to put down strong performances to help secure places on international teams this summer.

British Rowing and Scottish Rowing have joined forces to uncover the next generation of Olympic rowing champions.

Q&A with Tom Young about the Start programme

To find out more about this venture between British Rowing and Scottish Rowing  we caught up with Tom Young who is heading up the Strathclyde programme.  Read our Q&A below:

Read more: Q&A with Tom Young about the Start programme

Read more: Beginners to Olympic Champions set for Head of the River Race

Today marks 500 days to go until Glasgow hosts the first ever European Championships from 2 – 12 August 2018.

An 11 day celebration of sport, with 12 venues, 6 sports and around 3,000 athletes – Glasgow 2018 will be a must watch, must attend event which elevates the status of European Champions. Spectators can expect thrilling sporting action throughout the city with Glasgow hosting Aquatics, Cycling, Golf, Gymnastics, Rowing and Triathlon.

The European Championships will be much more than 11 days of sport, with the sports programme sitting alongside Festival 2018. The vibrant Festival 2018 programme will encompass theatre, dance, music, digital, comedy and visual arts performances, and help showcase the very best of Scottish and Glaswegian culture. Celebrations at landmarks such as George Square and Merchant City will allow everybody to be part of the European Championships.

Register now for Priority Tickets and get access to tickets before they go on general sale. http://www.glasgow2018.com/join-in-form.aspx 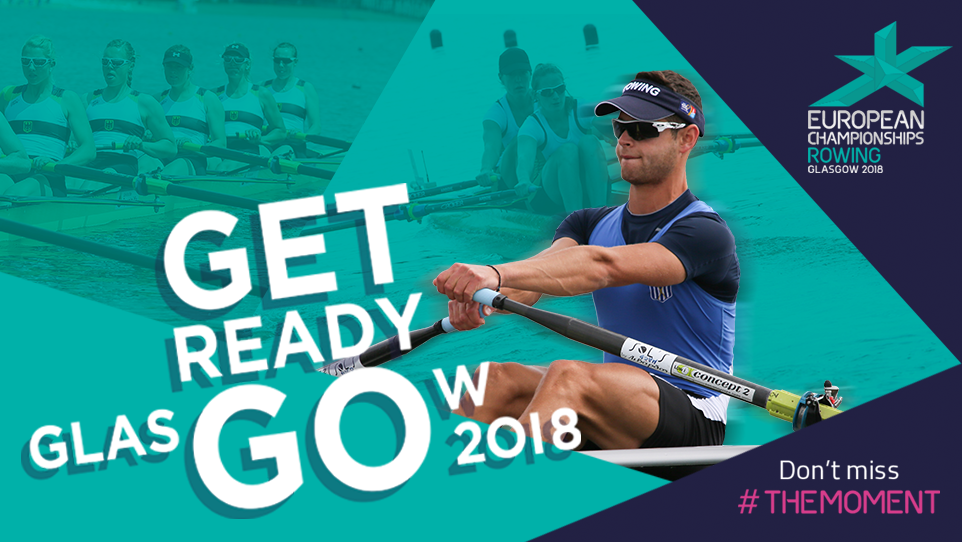 Scottish rowers shine on the Tideway

Scottish rowers shone as the 77th Women’s Head of the River Race, the largest of its kind in the world, took place on Saturday from Mortlake to Putney in London.  Beginners to Olympic medallists featured amongst the 296 women’s eights that took to the start line on the Tideway looking to make waves and set down a marker for the season ahead.

Following International Women’s Day earlier this week the rowing world demonstrates the strength in depth of the female side of the sport this weekend with over 2,500 women taking to the Tideway for the 77th Women’s Head of the River from Mortlake to Putney.

Scottish Rowing is well represented amongst the 321 eights taking to the start line with 14 crews from clubs and universities having travelled to London from North of the Border.

Sports fans can look forward to cheering on Europe’s finest rowers at Strathclyde Loch next year after a Host City Agreement was formally signed between Glasgow 2018 and the World Rowing Federation, FISA.

Great Britain’s Rio 2016 heroes are amongst those likely to take to Scottish waters as part of the first ever European Championships, a new multi-sport format which will take place in partnership between the host cities of Glasgow and Berlin.

On Saturday and Sunday, 18th and 19th February, a significant entry of crews from Scottish clubs and universities took part in the JBT Inverness Eights and Small Boats Heads in bright and sometimes blustery weather conditions on the superb rowing waters of the Caledonian Canal in Inverness. Much excellent racing was witnessed over the 4.35 kilometre course in two exciting days of competition.

Online registration for the Scotland Rowing Team for the Home International Regatta is now open.  The link to the online registration system and the 2017 selection policy are available on the Rowing for Scotland page of the website.

The Scottish Rowing Operating Practices have been updated and approved by the Board on 8th November 2016.

The key changes are in relation to Subsidiary Clubs and these are outlined in Appendix 2.

The new version of the Operating Practices is now available on this website.

The Rules of Racing have been changed to specify that heel restraints must ensure that each shoe is independently restrained and that the restraints should not allow the heel to lift more than 7 cm. This brings Scotland into line with the position adopted by FISA some years ago and by British Rowing earlier this year. The new rule comes into effect on 1 January 2017.

At the same time, the Rules have been updated to replace 'Veteran' with 'Master'

A revised version of the Rules of Racing is available on this website.

The Water Safety Code is also being revised to make sure that the heel restraint requirements are consistent.