Scottish Rowing will be running a weekly evening coaching session for beginner junior level rowers during the summer term out of the Scottish Rowing Centre at Strathclyde Park. These sessions will be aimed at those who have taken part in a 'Learn to Row', 'Wet Start' or similar programme, and are looking to continue rowing without yet joining a club.

The sessions will take place between 16:30 and 18:00 on Mondays and will cost £5 per session. You can also pay for a 6 week block for £25. For further details please contact our Henley Stewards Charitable Trust Coach, Will Horrocks, on will.horrocks@britishrowing.org

Scottish Rowing are looking to set up a rowing club with a particular focus on adaptive rowing based at the Scottish Rowing Centre at Strathclyde Park and are looking for enthusiastic volunteers who would like to be on the committee.

This is a great opportunity to get involved, to make a difference and to create opportunities for individuals of all abilities.

The positions we are currently looking to fill are: President, Secretary, Welfare Officer and Treasurer. Please see below for full descriptions of each role.

If you would like to get involved and take up one of these positions please apply with a cover letter and CV to office@scottish-rowing.org.uk by 30th May.

Katherine Grainger said that her return to competitive racing at this weekend’s GB Rowing Trials Senior & U23 Trials had confirmed she still loves the sport – and is hungry for more success.

Katherine Grainger will make her first appearance at the GB Rowing Team Senior and U23 Trials this weekend since winning her emotional gold medal at London 2012 Olympic Games.

It is the latest major step on the 39-year-old’s return to rowing after she took two years out of the sport following her unforgettable women’s double scull triumph with Anna Watkins.

The Glasgow Schools Rowing Project and Scottish Rowing are offering an After School Rowing course. The course lasts 8 weeks and starts on Wednesday 29th of April from 4.30-6pm. It is based at Clydesdale Rowing Club on Glasgow Green. 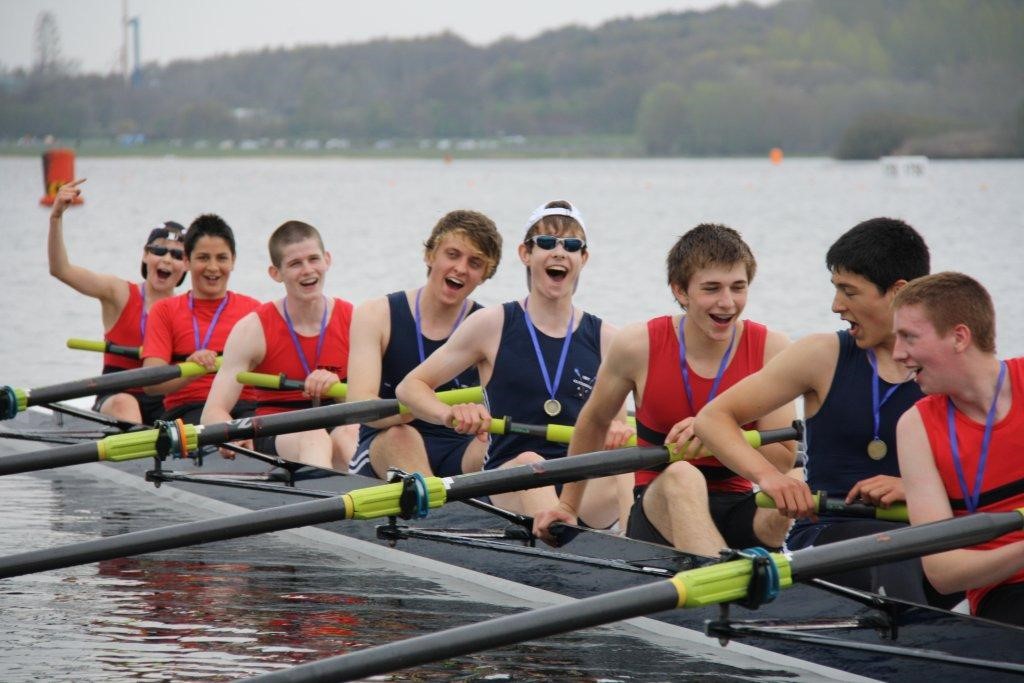 For more information or to book please contact Gerry Best on 07812 399803 or email gerry.best@scottish-rowing.org.uk

After 2 years of cancellation, it was a great relief to the Scottish contingent that that the journey south was not in vain as the Head of the River Race went ahead in challenging conditions on Sunday.

11 crews from 8 Scottish clubs took part with some encouraging results across a number of categories.

The SSRC Head of the Canal races, scheduled to take place tomorrow have been postponed in the light of the forecast high winds.  It is hoped that the event will be rescheduled for later in the year.

Rowing is one of five sports joining an exciting new multi-sport competition, the European Sports Championships, to be staged for the first time in 2018 in the host cities of Glasgow and Berlin.

This terms Glasgow City Council Funded Glasgow Schools Indoor Rowing Competition was held at St Thomas Aquinas Secondary School on Tuesday 17th of March. The event which is organised by Scottish Rowing’s Glasgow Schools Rowing Project Co-ordinator Gerry Best was attended by 6 Schools and over 130 children entered the 9 individual events which ranged from J12 to the J16 2K and the very exciting team event.

The results are now available.

Thanks to all the volunteers who gave their time and worked hard to make this years Strathclyde Park Regatta a success.

Snapper Ron has published a small number (by his standards) of pictures from Strathclyde Park Regatta on the Committee of the Dee website http://cofd.co.uk. This also features a short video of the wild and windy conditions later on Sunday afternoon.

The Glasgow Academy's Gavin Horsburgh and Josh Armstrong led the way as Scotland's junior rowers recorded some impressive performances at the GB Rowing Team Junior Assessment in Boston, Lincolnshire, on the 21st/22nd of February.

Twenty-three Scottish or Scotland-connected rowers made the journey to Boston in Lincolnshire at the weekend for the GB Rowing Team 3rd Assessment. The 5k water trial in small boats was for those British rowers aspiring for selection for Senior and Under 23 teams in 2015.

A multinational rowing team of eight comprising of six men and two women and skippered by internationally acclaimed Scottish rower Leven Brown are embarking upon an historic 3,000 mile unaided row across the Atlantic Ocean. Departing Monday 19 January 2015 from Puerto de Mogan, Gran Canaria and making landfall at Port St Charles Barbados, the Trade Winds Expedition crew will not only be rowing to raise money and awareness of their chosen charities but will also be attempting to break the existing 30-day Atlantic cross barrier.