Scotland’s Alan Sinclair and Karen Bennett both delivered impressive wins in their respective pairs finals, whilst Scottish Rowing’s group of athletes had their share of fine performances on the final day of the GB Rowing Team Senior, U23 & FISU Trials at Caversham.*
Inverness’s Alan Sinclair (Leander Club) and Mat Tarrant (Leander/Oxford Brookes) capped a memorable weekend in their men’s pair final, winning by half a length over Felix Drinkall and Ollie Cook (Oxford Uni / Uni of London). 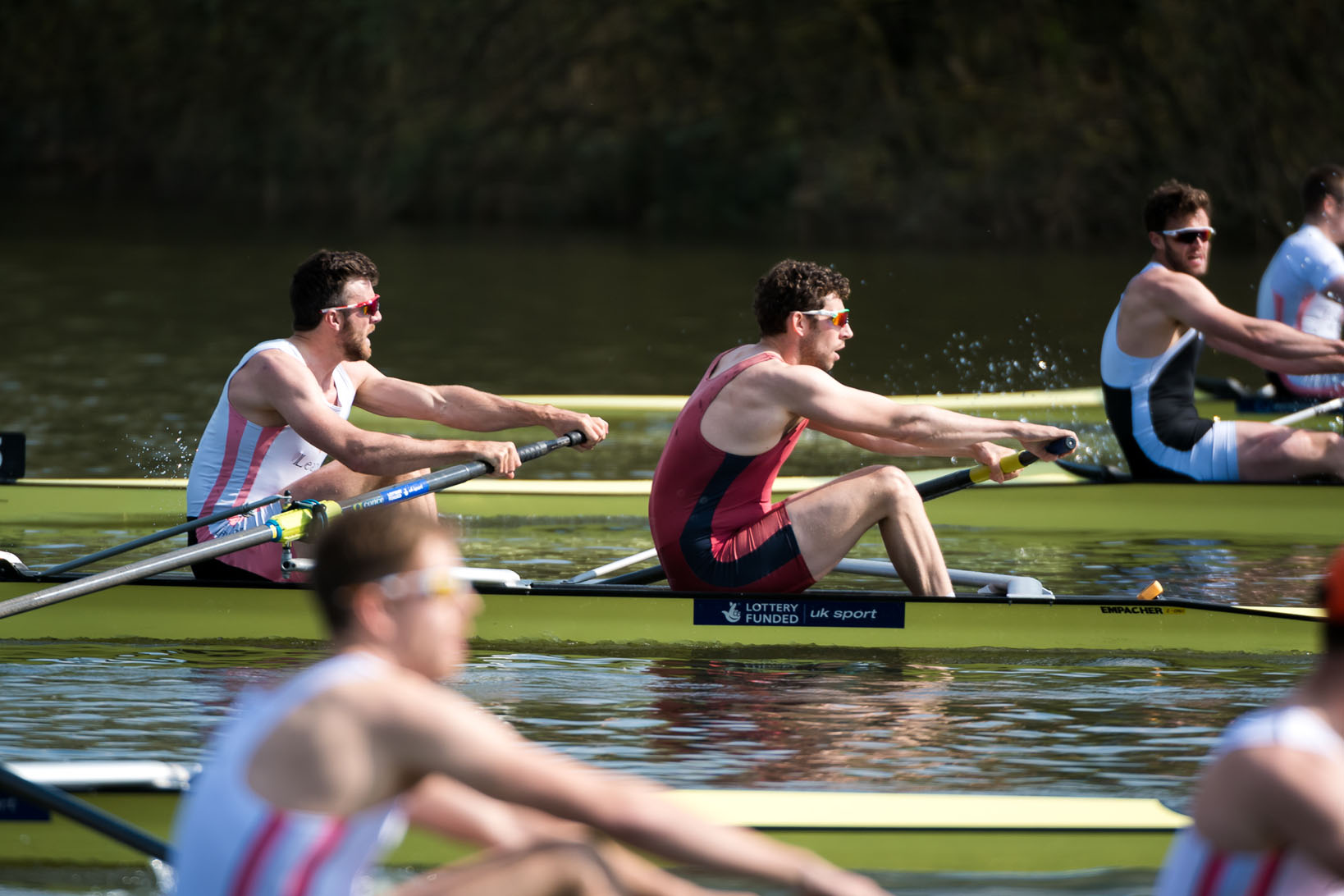 “I’m delighted, it was a good weekend,” said Sinclair, who spent most of last season recovering from shoulder surgery.  “I’m really pleased that in the last few days before the weekend we stepped on again.  In the time trial we got a bit of confidence from winning that and kept on moving through.
“It’s good to be back in the boat and racing because it’s what I’m here for.  I want to be out there fighting for the tops spots and today we’ve done it.
“I’ve always thought these trials are some of the toughest racing we do so hopefully this will set us up for a good season.”
Bennett (Leander) retained her women’s pair title, this year with Rebecca Shorten (Imperial).  The duo finished a second ahead of Anastasia Chitty and Rebecca Girling (Leander/Molesey BC), with Scotland’s Katherine Douglas rowing with Fiona Gammond (both Leander) taking third place. 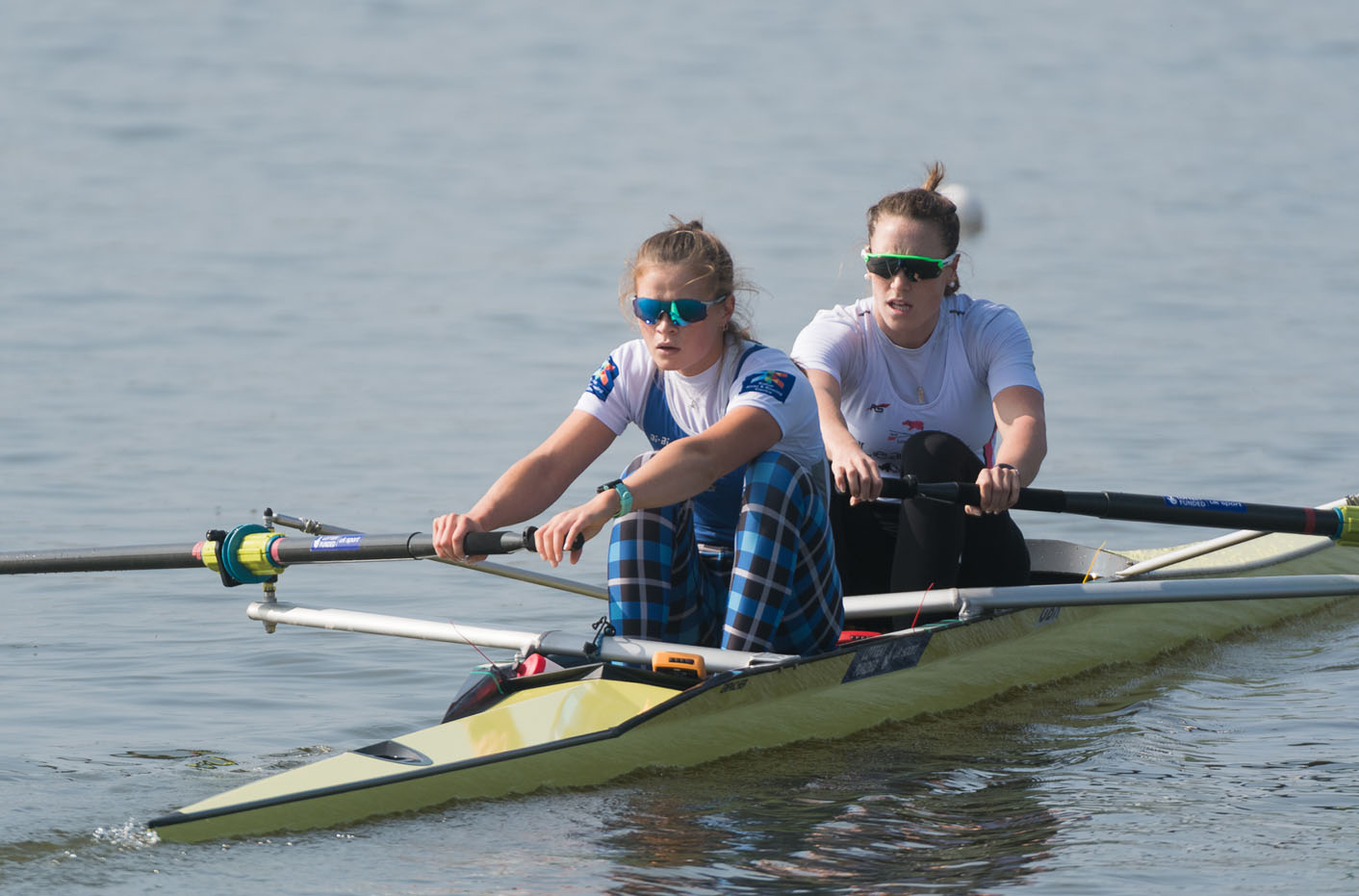 “It’s pretty tough when you have to race your team mates and there’s a lot of pressure on,” said Bennett.  “It feels great to get the win and I feel very relieved.
“We’ve got more internal testing so I can’t get too ahead of myself but I just want to be in the fastest boat, get to the World Championships and win a medal.  Along the way there are the World Cups and European Championships so I’ll use those as building blocks.”
In the men’s single scull Edinburgh’s Harry Leask (Leander Club), the only non GB squad athlete in the men’s A final, finished impressively in second place.
Scotland’s Angus Groom (Leander), who missed the 2017 trials with injury, came sixth whilst fellow Glaswegian, Jack Burns (Clydesdale) improved on his sixteenth place from last year to finish eleventh in the category.
Lucy Glover came away with the best result for the 12-strong group of Edinburgh University athletes with a magnificent second place in the women’s single scull A final behind World Championship medallist Vicky Thornley (Leander).
“There was no pressure going out there and I just enjoyed it,” said the Warrington teenager, Glover, who was GB Rowing Team’s 2017 development athlete of the year and is a first year student at Edinburgh. 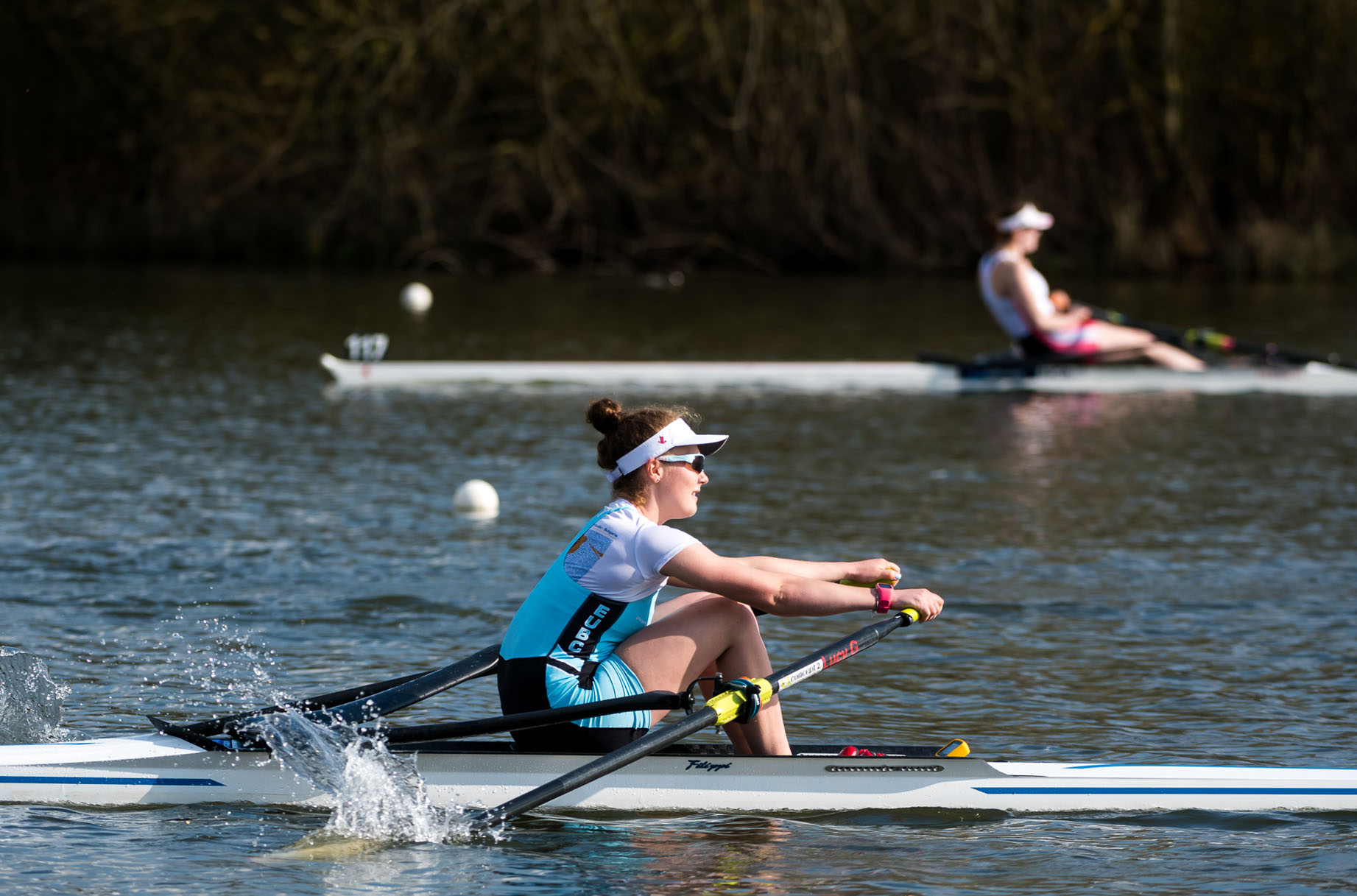 “I would like another gold medal at the under 23 World Championships and hopefully this result will open a few more doors to me in terms of progression to the senior team.
“Edinburgh has been a step on for me but I needed that step on in terms of pieces, a bit more intensity.  I’ve got great team mates, it’s such a great set up and it makes me really happy being there.”
Glover’s Edinburgh team mate, Maddie Arlett, a finalist in the 2017 senior World Rowing Championships, finished sixth in a tight lightweight women’s single scull A final yesterday. 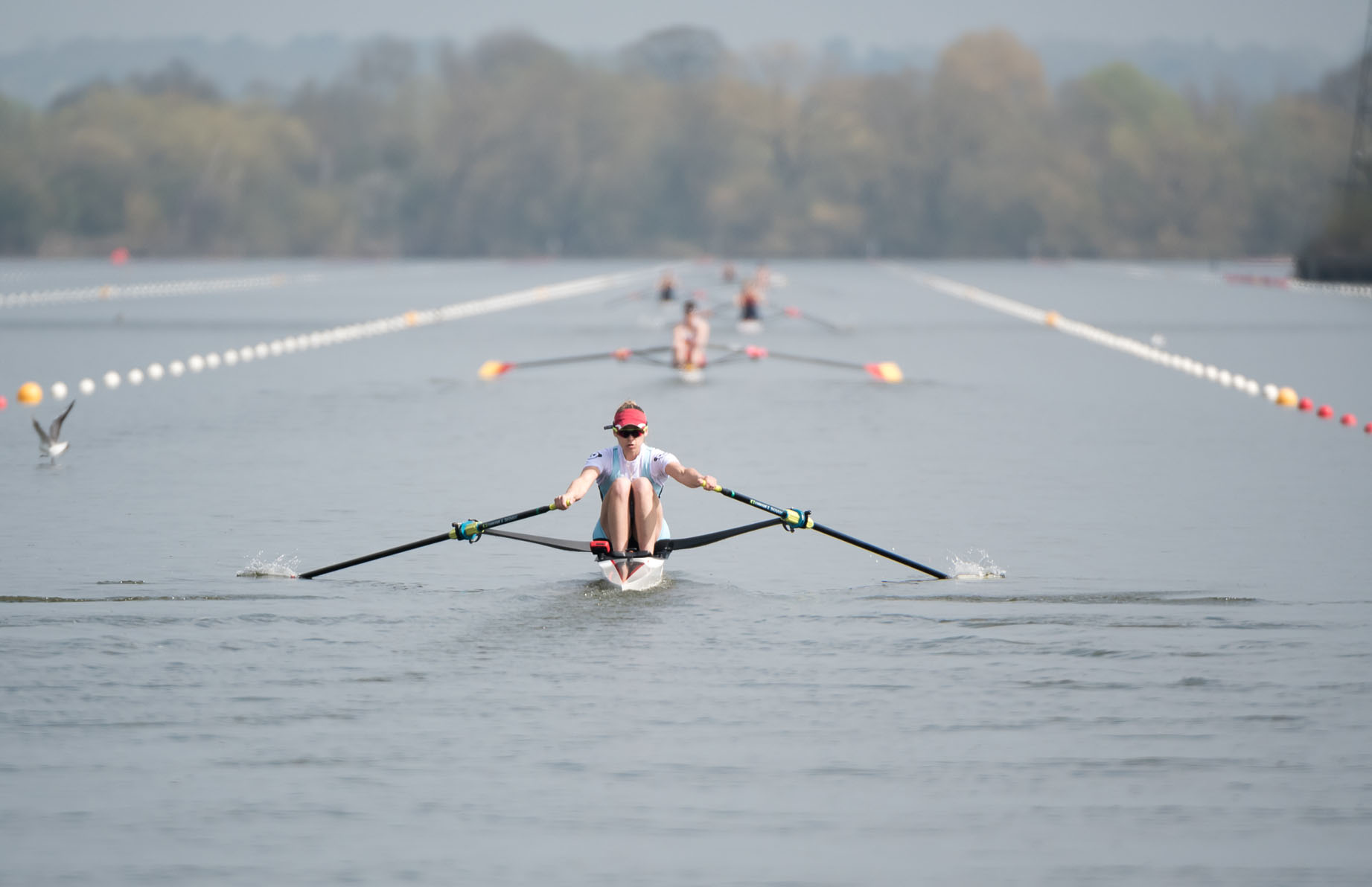 “From first to sixth there were three seconds so it was really close,” said the Selkirk athlete.
“I’m really pleased to be in with the pack because they are a very talented bunch of people.  Just to be in there and have that race experience is great.
“My results from this year compared to last year’s trials are similar but I do feel like a different athlete now.
“My preparation is better and I’m nailing the process a bit more. I’m definitely moving on and progressing as an athlete.”
Gavin Horsburgh (Edinburgh Uni), silver medallist at the 2017 senior World Rowing Championships, was third in the lightweight men’s single scull A final, advancing one place from his time trial a year ago, after which he had retired injured.

Fully fit this time around he beat Zak Lee-Green (Agecroft) to third place by two tenths of a second. Jamie Copus (Oxford Brookes Uni) and Sam Mottram (Leander) finished one and two.
“I’m absolutely ecstatic,” said Horsburgh.  “At the start of the race I was thinking it’s anyone’s game and I just want to see where I am as an athlete.
“I got off to a really good start in the time trial and managed to get through the semi pretty well then I thought I’d give the final a really good go.
“That’s the first time in a while I’ve really had to race for the line and seeing Zak just ahead of me I thought I’d give it a crack.  I was pretty glad I found that turn of speed especially in the single because it really is quite a mental boat to race.”
Edinburgh University Club President James Temple made up an impressive nine places on last year’s ranking to join Horsburgh in the A final where he finished fifth, and second under 23, whilst the strength in depth of the Edinburgh men’s lightweight programme was highlighted with first year student Dale Flockhart coming eighth and 2016 under 23 World Champion Matt Curtis eleventh. 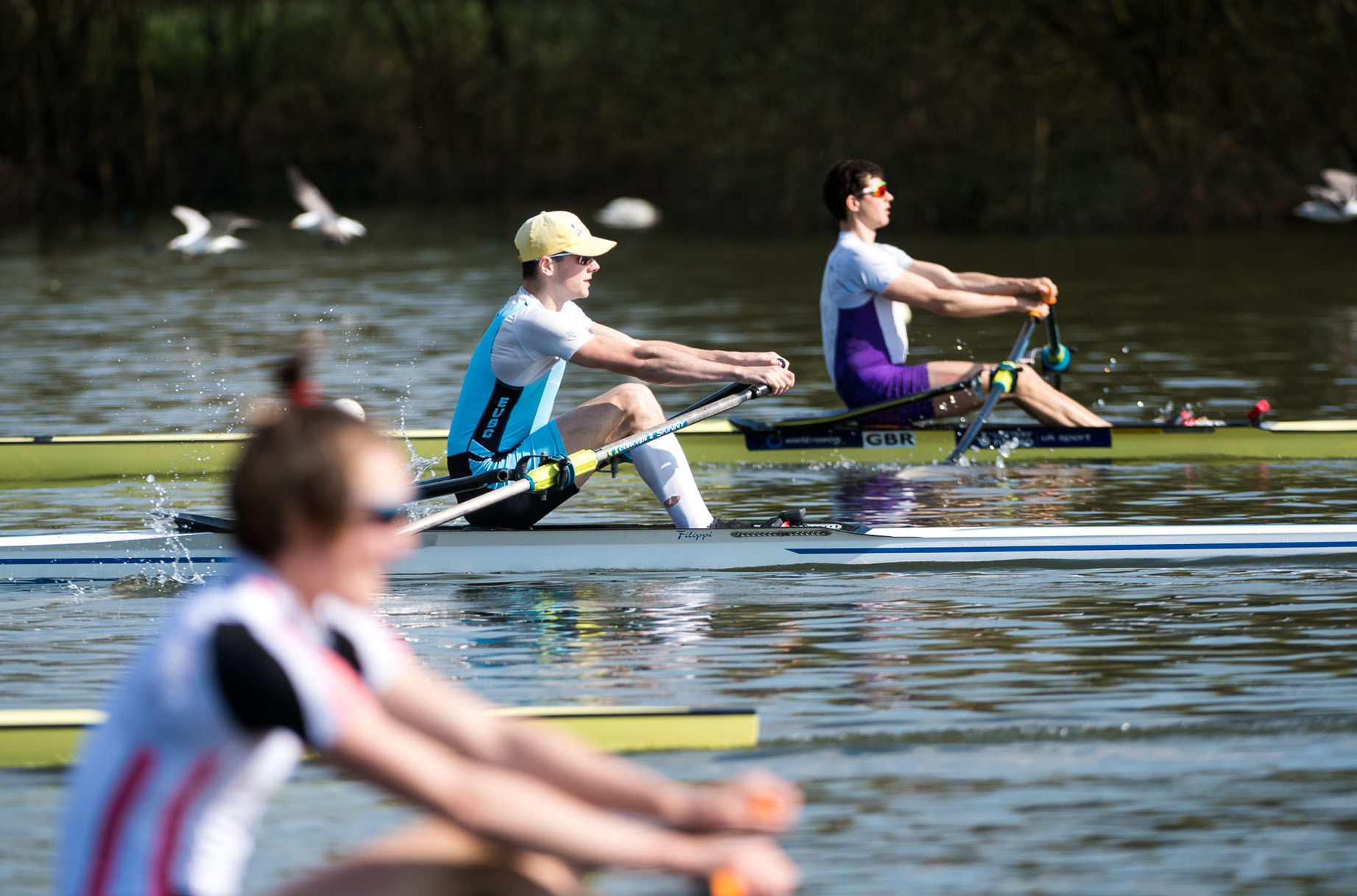