The University of Glasgow Sport is delighted to welcome Patrick Hudson as Rowing Programme Lead and Head Coach of Glasgow University Boat Club.

The 29-year-old had been Assistant Coach at Imperial College Boat Club, a GB Rowing Team High Performance Programme and the club where Hudson began his own rowing career in 2008 as a fresher before progressing to Captain, then eventually moving into coaching.

Now, having spent almost two years in the Imperial role, he is relishing taking on a bigger challenge north of the border “uprooting” to a club which has impressed him over the years.

Hudson’s new post, which involved a highly competitive recruitment process, is jointly funded by the University of Glasgow and Scottish Rowing with support from sportscotland.

“There’s a great history and tradition with rowing at Glasgow,” said Hudson, who was born in Wales and grew up in North Yorkshire.

“Recently, I watched the girls crews race at Henley Women’s and was impressed. It feels like a club that has a good amount of headroom for further development, and the basics in place to facilitate that development. 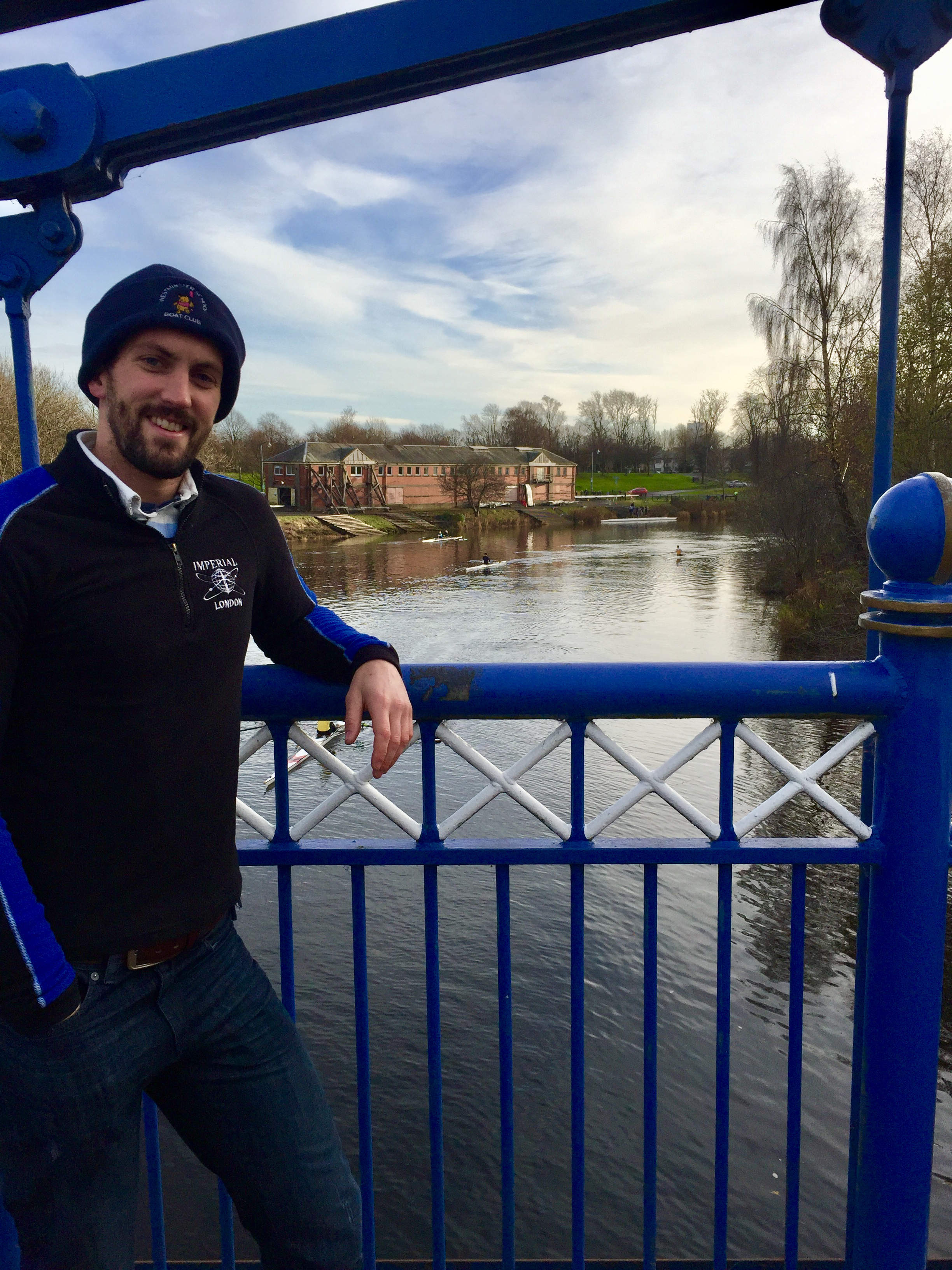 “Having spent last weekend at GUBC when I saw the club in action and spoke with Euan Smith (University of Glasgow Director of Sport), Keith Joss (University of Glasgow Head of Service Development, Sport), and Pete Russell (Glasgow University Boat Club President) as well as alumni, coaches and athletes, I am more excited than ever.”

Developing squads and crews, rather than just individuals, has always been Hudson’s approach. There is no doubt it worked at Imperial where, as part of the close-knit coaching team, he helped coach athletes up to the level of Olympic trials and under 23 trials.

Glasgow’s outgoing coach, Andy Barton, and his coaching team have been successful in bringing large numbers of newcomers into the sport, some of whom have progressed to the Scotland Rowing Team. The club’s membership currently stands at 140 rowers.

Hudson plans to continue attracting high numbers of novices to rowing. But, more importantly, he wants to see more of them fulfilling their potential which he believes will mean more athletes progressing further along the high performance pathway.

“As an overall programme Glasgow is very healthy, which is symptomatic of what Andy has done with the help of Iain Docwra and volunteer coaches over the years,” continued Hudson, who begins his new post on 3rd January 2018.

“But above all I’d like to make sure that anyone coming through our doors is getting the chance to realise the fullest level of their potential.

“For some this will mean winning a medal at BUCS or qualifying for Henley Women’s or Henley Royal Regattas. For others, as individuals, it will be about getting onto the Scottish team for the Home Internationals and then beyond to the British Under 23 or FISU teams.”

Imagining what could be achieved at Glasgow it is hard not to draw parallels with Edinburgh University Boat Club which has achieved almost breathtaking success in less than five years.

With two different sets of circumstances, the universities will always be two different programmes but that doesn’t stop Hudson being inspired by Edinburgh’s progress.

“Having looked at what Edinburgh have achieved over the last few years, and the support they’ve had from Scottish Rowing and Lee Boucher (Head of Performance Pathway), that makes the move to Scotland very attractive.

“I don’t intend to try to copy what Edinburgh are doing, but I do think they have shown what can be achieved in a short space of time with the right attitude and approach.

“I’d like Glasgow to be recognised across Scotland and beyond as a centre for rowing excellence.

“That only happens by making sure we have a well developed coaching team that works together which is what I’ve always valued at Imperial, and a committee/student body who are all on the same page.”

“Patrick is an exciting developing coach, one that shares our ambitions of creating a high-performance training environment and successful rowing programme at the University.

“Patrick’s experience of delivering one of the GB Rowing Team’s recognised High Performance Programmes at one of the UK’s leading clubs provides the experience necessary to elevate the University of Glasgow programme, develop talented rowers and maintain existing high engagement rates.

“We are delighted to be working in partnership with Scottish Rowing to develop our programme at the University of Glasgow, one of the world’s top 100 universities, facilitating the development of future international standard rowers and our wider collective ambitions.”

Glasgow University Boat Club President, Pete Russell said:
“We are really pleased that this was a very competitive recruitment process, delighted that Patrick was involved and came out on top.

“We fully appreciate everything that Andy Barton did for the club. He had a really tough job coming in and changing it from a traditional to a professional coaching set up but as a result of his efforts the club has stepped on a lot in recent years.

“Having those processes in place means that Patrick can focus on coaching. It’s an exciting time for the club and, I’m looking forward to seeing him make a big impact.

“Thank you to Scottish Rowing and the University of Glasgow for their support in funding this position.”

Scottish Rowing’s Head of Performance Pathway, Lee Boucher said: “I am delighted to welcome Patrick to the Scottish Rowing community.

“To attract a high calibre rowing coach of Patrick’s experience to Glasgow from one of the GB Rowing Team High Performance Programmes shows the high regard with which the sport is now viewed in Scotland.

“The development of the university rowing programmes remains central to our strategic plans and Scottish Rowing is pleased to be able to support the rowing programme at the University of Glasgow to create more opportunities for Scottish athletes on the performance pathway.”