“If you want to be a successful rowing club then you have to be more than a rowing club,” says Svend Elkjaer, Director of Sports Marketing Network, who will lead workshops at our Changing the Future event at the sportscotland Inverclyde National Sports Training Centre, Largs (20-21 January 2018).

“Grow Your Club's Income” and “Leadership and Management of Your Club” will be Svend’s two subjects, although both are inextricably linked.

Originally from Denmark and now living in Yorkshire, affable and entertaining Svend became involved in sport by helping a struggling local rugby club, a game he had never played nor knew anything about.  But he helped turn things around and 10 years on the club is thriving. 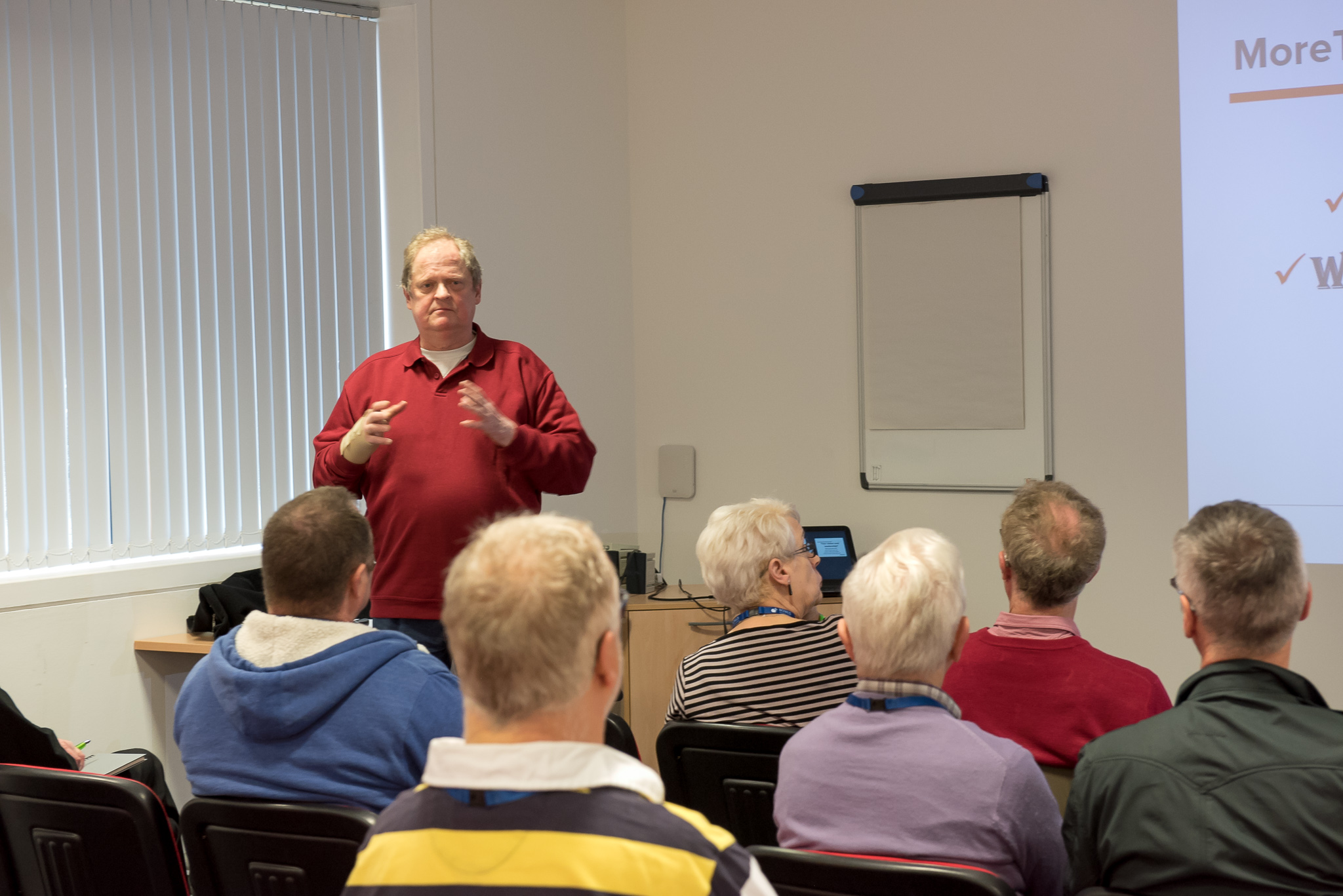 Having since worked with some 4000 sports clubs and organisations he has seen what works...and what doesn’t.

In an age where sports clubs are failing to attract members and suffering a lack of income and interest, he gets straight to the point.

“I know my stuff,” explains Svend.  “If you’re just rowing and for instance you are only aiming at young people who want to win medals then it won’t work.

“Who is going to want to help fund a club that only wants to do their sport competitively and their only interest is in winning medals?”

It’s a fair point.  So in this climate of reduced funding, tightened budgets and less spare time are any sports clubs getting things right?

“Another cycling club who came to my workshop that had five members, they now have 300.

“Both clubs understood that if they were just a place for people with £10,000 bikes they wouldn’t attract new people.

“So you can turn up and cycle whoever you are, whether you are a competitive cyclist or someone who wants to toddle along at 5mph, you are welcome.

“Neither club now sees themselves as just a cycling club.  They organise other things like cycling holidays and they have changed to be really open and friendly.”

The conversation moves on to the very different sport of cricket, which has suffered its own downturn recently.  Ten years ago there were 7000 cricket clubs in England. Now there are 5000. Those clubs ceased to exist despite being run by people who loved the game.

A passion for the sport is an admirable and essential quality for a club committee member.  Yet, successful clubs go further and assemble a committee of different people who Svend broadly categorises as the heads, the hearts, the hands and the hormones.

“Heads are the strategists whose ideas are not always linked with the real world,” he explains.

“The hearts are the committee and board members that love their sport but don’t necessarily want to see any change.  The hands are the instructors and coaches.

“Then the hormones are the people that make differences, wonderful people who often don’t always understand policy and strategy but are change makers.

“But those four groups can’t function without each other.  It all requires something called leadership. Unless somebody is prepared to say ‘I’m going to be a hormone, I can do something,’ then the system won’t change.”

Being more than a rowing club means being open to the wider community and having the right people in the right roles.  But, if the clubs wants to increase revenue then they need to do even more.

Svend is adamant that clubs and governing bodies determined to succeed need to integrate the culture of Sport for Change, wich using sport and physical activity to intentionally bring about positive social benefits for individuals and communities.

“I see that some clubs are understanding this and some NGBs are getting it too but it’s early days,” he continues.

“For instance British Rowing have just linked up in a project linking indoor rowing with triathlon.

“Prostate Cancer have just been given £500,000 by sport England to go out and get men more active through golf.

“I’m working with a triathlon club which is aiming to be the first triathlon club in England to include para triathletes.  When you head in this direction you discover there is more funding.

“I always say if you are a good guy then you do make more income.  Sources of revenue open up that wouldn’t have opened up if you were just a golf club or a rowing club.

“For some people that is a big change and I can imagine that there are people in rowing who will say this doesn’t work for our sport.  But I think it could work in rowing.”

Find out more about our Changing the Future event and how to get involved at: