Edinburgh’s George Watson’s College won the Scottish Rowing Schools Indoor League on their first time of entering, carrying away the shield from the grand finale Schools Indoor Championships last week at Ravenscraig.
Points are accrued for each of the competition’s three rounds for both participation and performance. George Watson’s finished up with 196, with Helensburgh’s Hermitage Academy on 127 and Balfron High close behind with 117.
“It’s exciting to see the numbers and depth from the lower years, having a lot of people enjoying the sport and competing for the school,” said Matthew Mole, George Watson’s Assistant Head of Rowing who was equally delighted with the school’s medal count of seven individual medals and the S3 girls relay title.
“A bonus is the medals, which shows that our programme is getting the results.”
Over 1300 young people from 31 schools entered September’s first round of the 2017 indoor league, a big increase from the 2016 figure of 500 participants. 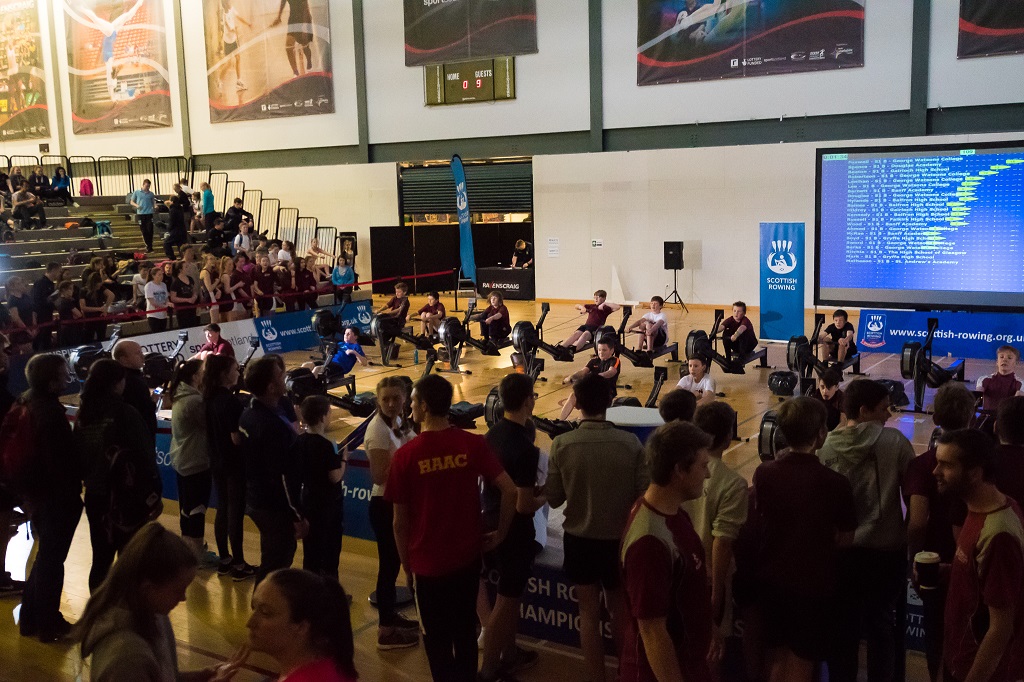 This year George Watson’s have opened rowing to more pupils across a wider range of age groups this year, incorporating pupils between S1 and S4 year groups.
Rowing numbers are even beginning to catch up with the school’s key sports of hockey and rugby, reflected in a team large enough to fill a coach and minibus for the Indoor Championships.
“It was good to see them all cheering each other on, which really brought the club together.” 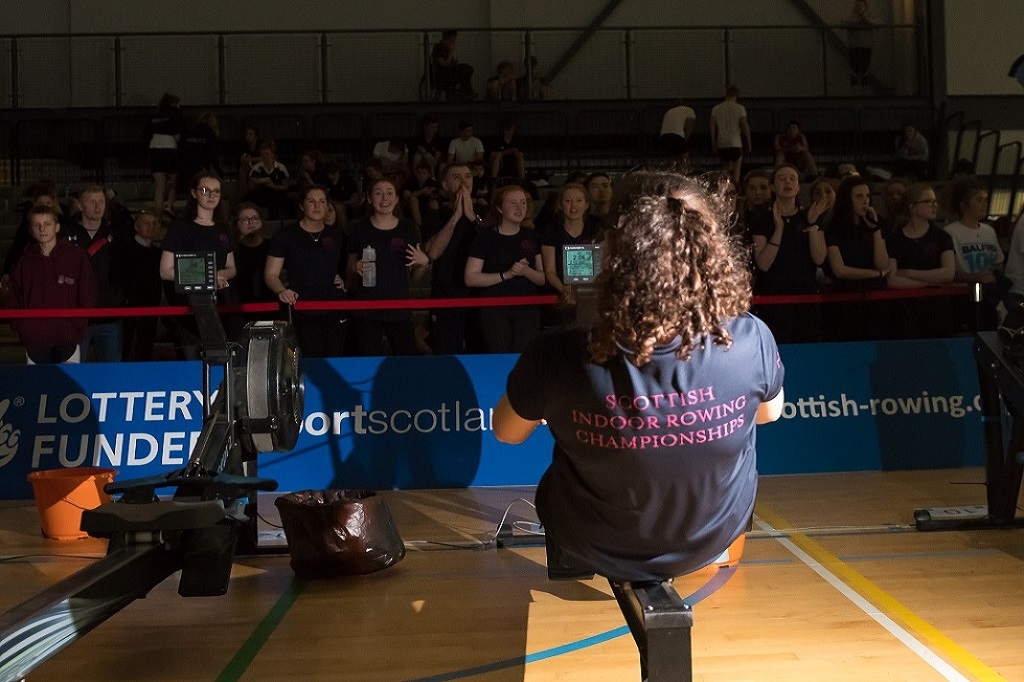 It’s a similar story of rowing popularity for Hermitage Academy, who entered this year’s indoor in record numbers.  Over 160 pupils have taken part in at least one round of the indoor league, with most completing two or three rows.
“The uptake has been absolutely fantastic and the kids have loved the target setting behind the whole idea and have really bought into it,” said Hermitage Academy PE Teacher, Ian MacAulay.
“We are in the infancy of a school rowing programme and we will obviously build on what we have done so far.

“The kids like the whole process of seeing how far they can row, then me sending away the results and finding out where they are nationally ranked, then going back and trying to beat it the next time and seeing themselves going up the rankings.
“It’s been fantastic and the kids have loved it.  We will be back 100 percent next year.”
Successful at past Scottish Rowing Indoor Championships, Balfron High’s keen club rowers had helped the school’s PE department encourage more pupils to take up rowing and enter the league. Thirty four pupils signed up to compete at the Indoor Championships on Friday. 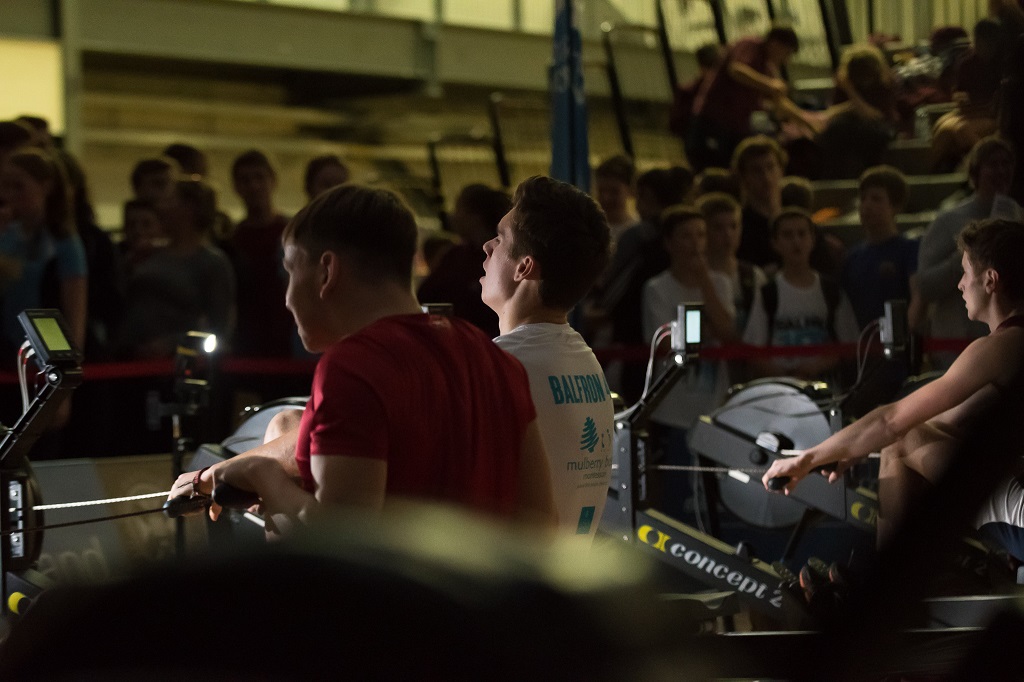 “When the pupils got on the bus on Friday they were quite surprised by the size of the team and also quite proud at being able to take that amount of pupils to the event,” said Balfron PE teacher Allan Sutherland.
“It was a very successful day for us, the kids loved it and obviously the school was successful as a whole. Fourteen pupils won medals and two of our teams won their events.
“I would highly recommend the event and we will be coming back for it again next year.  Through word of mouth we will encourage more people through to get involved and the PE department will be trying to get more of an indoor rowing club started in the school.”
The Scottish Rowing Indoor League will begin again in September 2018.  More information will be posted on Scottish Rowing’s website as soon as it is available.