CLYDEBANK SPORTS COACH PICKS UP SPORTSCOTLAND AWARD ON NIGHT OF CELEBRATION FOR COACHES, OFFICIALS AND VOLUNTEERS

One of Scotland’s leading coaches has been awarded sportscotland’s ‘Young Person’s Coach of the Year’ for his dedication to sport.

Miki Lee Dale (35) from Clydebank has shown an unbelievable level of commitment to coaching youngsters in rowing, getting them involved at an early age and helping them develop confidence through sport.

The Stewards’ Charitable Trust coach has brought youngsters from different backgrounds together, through his work with Active East Rowing, Glasgow Rowing Club and Scottish Sporting Futures, creating new friendships as part of the Active East programme in the East of Glasgow. A number of Miki Lee’s young students took part in the summer regatta on the River Clyde.

Miki Lee, who is also a keen dancer and yoga teacher, established a new venue at Firhill in the north of Glasgow, in order to get more youngsters involved in rowing. The site is more suitable for junior beginners and vulnerable groups than the tidal River Clyde in the city centre and has clear links to rowing clubs in the local area. 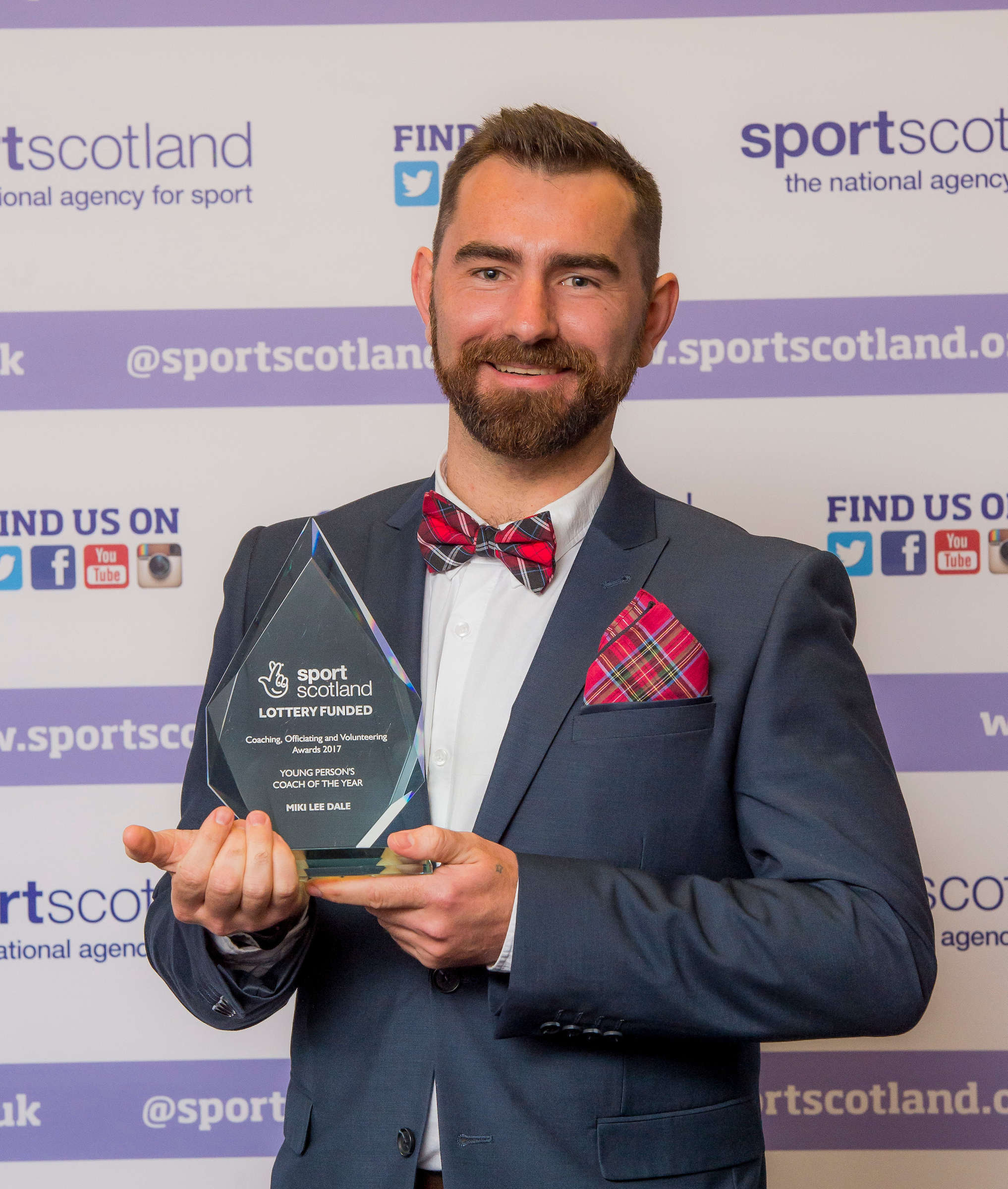 Miki Lee decided to get involved with rowing after travelling the world, and said: “I’m inspired to work with young people because I am from Clydebank, a poor area of Glasgow, and I want to give something back.

“Coming back from travelling I realised how much we actually have in this country and how much we are able to give back. Through my charitable work in Nepal and India, I saw first-hand how poverty has a detrimental impact on people. Coming back to Glasgow I wanted to give something back to the community.”

In his work with LGBT Youth Scotland and LEAP Sports, Miki Lee has strived to break down barriers that exist for the LGBT community in sport. Miki Lee has spent a year working with a Glasgow city centre based LGBT group, helping them stay active through yoga workshops, which allow members to build their confidence.

Lorraine Jones sees Miki Lee’s incredible work in action at Clydesdale ARC and nominated him for the award. She said: “I nominated Miki as I see how enthusiastic he is about finding coaching opportunities for young people. He doesn’t just wait for kids to come to the club he actively goes out to clubs and organisations to give young people the opportunity to take part in rowing.

“He is so determined, he never gives up on anyone. He’s very calm, kind and caring. He takes the time to understand the young people and develops programmes for them. Because of Miki’s creative background he thinks a bit differently from other rowers and is very good at putting people at ease to give them confidence.

Miki Lee picked up his award on an evening where inspirational coaches, officials and volunteers from all over Scotland were celebrated across 13 categories for their significant contribution to sport over the past twelve months. 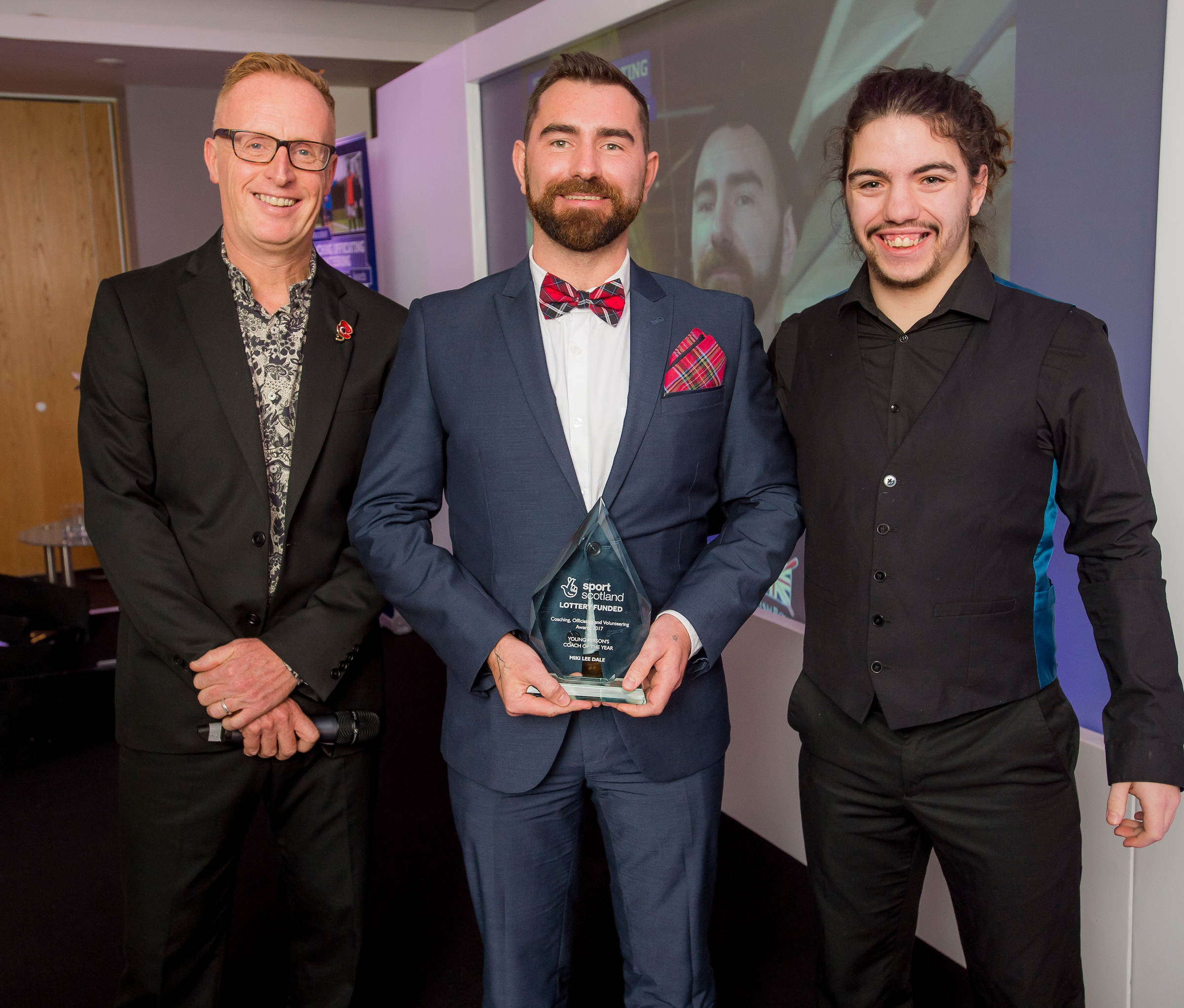 The prestigious sportscotland Coaching Officiating and Volunteer Awards 2017, were held last night (8 November) at Stirling Court Hotel where leading athletes congratulated the winners and thanked them for their work in supporting and developing sport in Scotland.

Stewart Harris, Chief Executive of sportscotland, said: “Every year across Scotland, thousands of dedicated sporting enthusiasts devote their time, knowledge and skills to help others achieve their sporting goals. Our Coaching, Officiating and Volunteering Awards provide us with a chance to celebrate the great sporting achievements that are taking place every day and congratulate individuals on their commitment to Scottish sport.

“Miki Lee’s level of commitment to coaching young people and desire to give back to his local community is truly inspiring. His enthusiastic approach to rowing and creating strong community links has helped bring young people together and break down barriers in Glasgow. His incredible dedication has allowed youngsters to become more confident rowers, while giving them a greater belief in themselves outside of the sport.

“At sportscotland we are implementing a world-class sporting system at every level in Scotland and we can only do so with the support of the many dedicated coaches, officials and volunteers. I hope that many more people are inspired by our winners’ stories and recognise the opportunities that exist to get involved in sport at every level from volunteering at your local club or school to coaching or officiating on the world stage.”

At the event, hosted by BBC Scotland’s Bryan Burnett, coaches, officials and volunteers involved in swimming, athletics, lawn bowls, tennis, football, rowing, shinty and curling were recognised for the many hours they dedicate to helping others compete at the best level they can.

More information on the awards can be found at www.sportscotland.org.uk/covawards