Posted: November 6, 2017
Scottish Rowing’s schools indoor league promises to end with the most thrilling climax when Ravenscraig hosts the 2017 Scottish Rowing Schools Indoor Championships in two weekends’ time.
After two rounds of three, Edinburgh’s George Watson’s College lead the points with Helensburgh’s Hermitage Academy sitting second and Balfron High School in third. The battle lines are drawn.
Rowing stronghold, George Watson’s, missed the 2016 indoor league because of a clash of schedules with their own rowing calendar but, as a result of a date change this time around, they have entered in force.
“Some of our high performance athletes are taking part in the indoor league and are towards the top end of their individual categories,” said the school’s Head of Rowing, Jason Foster.
“But we have got a broader spectrum from within the school and that’s where we are really picking up a lot of points.
“It’s largely because we have a lot of athletes in the top spaces in a lot of the categories rather than the individual performances doing outstandingly well in any particular one.”
If there is such a thing as a secret to the school’s table-topping success it’s their decision to open up rowing to more pupils across a wider range of age groups. 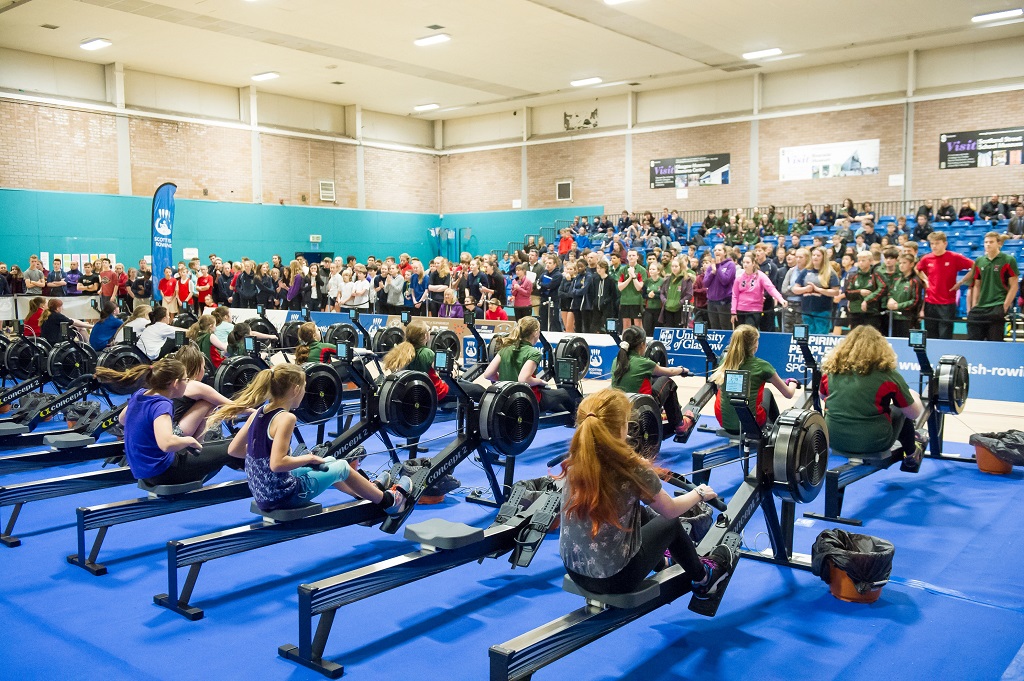 “Last year we had curricular rowing for S1s and 2s but this year we have expanded it from S1 through to S4,” continued Mr Foster.
“That gives us a large, broad base in which to offer rowing within the PE lessons and expand the freedom of opportunities to as many people as possible.
“The indoor league has enabled us to introduce kids to other sporting opportunities and try to find activities in which they could find their niche.
“We have people in this league that haven’t rowed before and it is some of those who have been the secret to our success so far.
“They are doing surprisingly well picking up some good points in each of the various divisions.”
Over 1300 young people from 31 schools entered September’s first round of the 2017 indoor league, a booming increase from the 2016 figure of 500 participants. 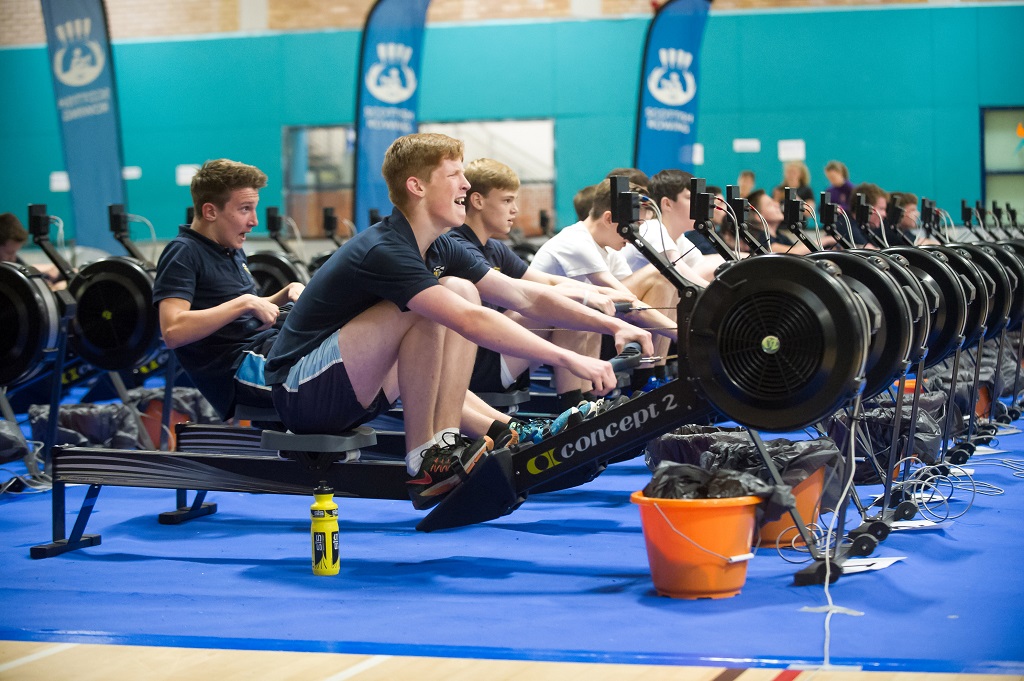 A growing awareness of the league has undoubtedly played its part to the upsurge of interest, but so has the inclusion of rowing machines in school gyms, especially in the new build schools.
Neither Hermitage Academy nor Balfron High School fit the mould of a traditional rowing school but both have a number of successful rowers who are members of clubs like Loch Lomond and Stirling.
Balfron’s strategy has been to engage its keen club rowers not only to take part in the league but also to encourage their school mates to try rowing.
The school’s PE department’s drive to get more people rowing has got close to 40 pupils onto rowing machines and racing in the league.
“We put a notice out to form classes to promote the indoor championships and we asked our pupils that are members of rowing clubs to encourage their friends to take part,” said Balfron PE teacher, Allan Sutherland.
“We have three rowing machines here in the school and we have been encouraging the whole school to use them and on Tuesday lunch time the rowing club get the use of the gym and it’s really busy.
“Between 30 and 40 are involved in the league which is something we are really pleased with.  And we are looking to get the same to the indoor championships in a fortnight.”
Balfron have been successful at past indoor championships.  Last year’s third form girls won their group event and are planning to come back this year in the hope of retaining it.  Twelve fourth year girls alone want to compete in the team event. 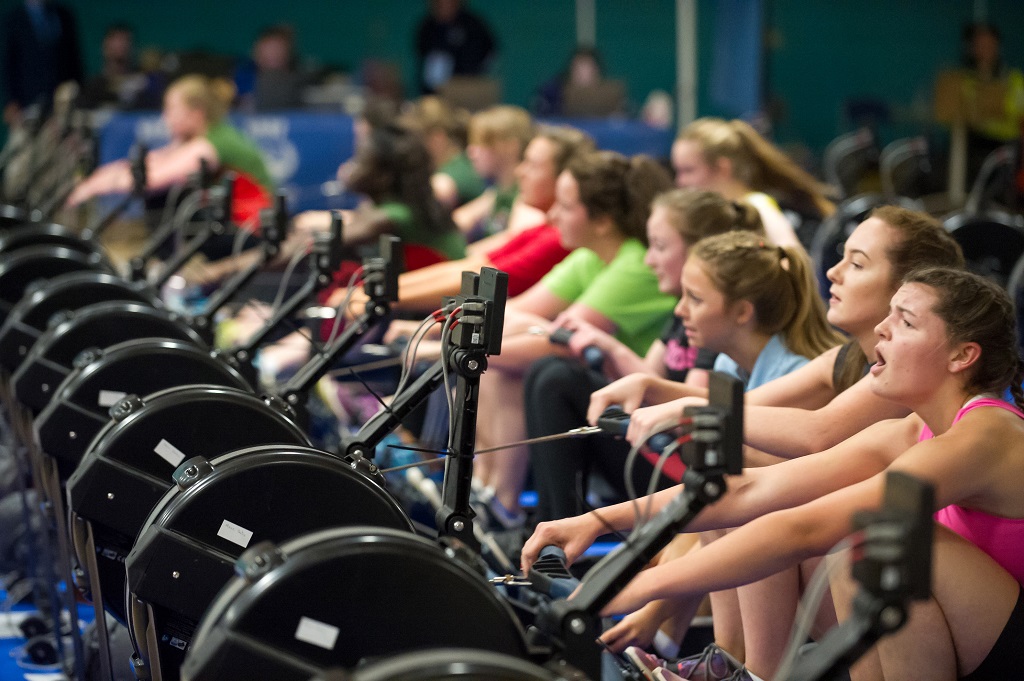 George Watsons will lose two of their top performing athletes to the GB selection trials on the same weekend as the indoor championships but will still be a force to be reckoned with.
“We will be taking a team in strength across to Motherwell for the Indoor Championships,” added Mr Foster.
“We have done the event for a couple of years and have a track record particularly in the team relay events.  We are keen to defend that and maintain our reputation as a strong team ergo institution.”
Entries for the Scottish Rowing Schools Indoor Championships close at midnight on Wednesday 8th November 2017.
More info:
http://www.scottish-rowing.org.uk/index.php/indoorchampionships/sirc-news