The Help for Heroes Sports Recovery rowing programme advanced a step this month at the Scottish Rowing Centre when its most recent group of participants went out on the water for the first time.
Coached by John Blair with assistance from, Paul Gilmour, the programme has been up and running for almost two years, offering twice-weekly training for wounded, injured and sick veterans and service personnel at the centre in North Lanarkshire. 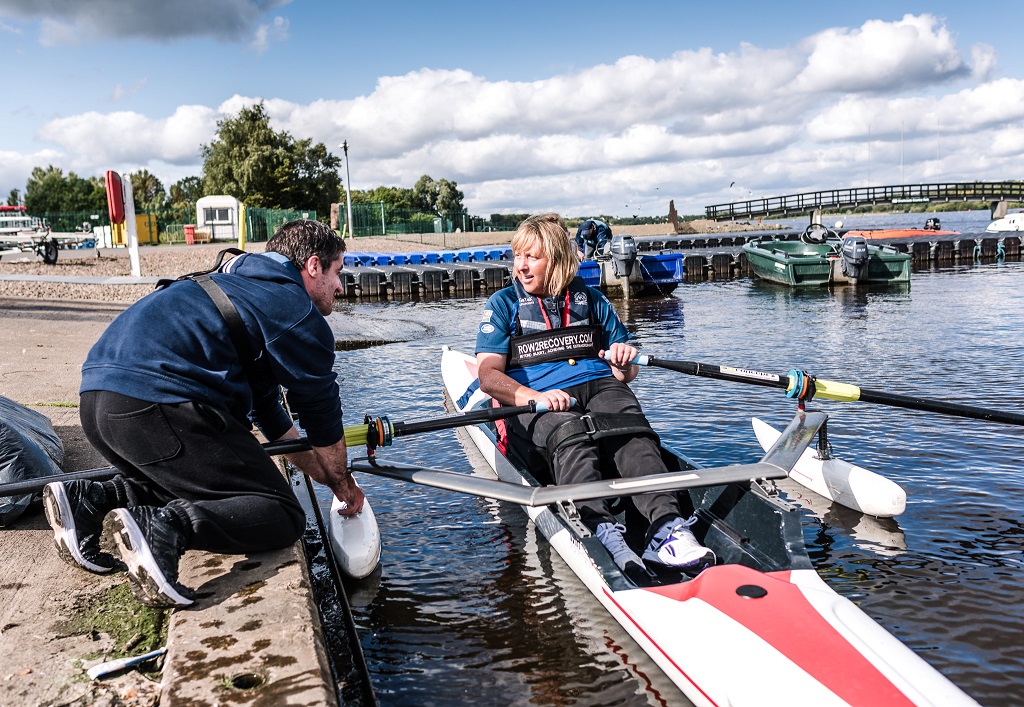 Until now all training has taken place indoors through a combination of weights, circuits and ergometer workouts, with some of them progressing to the Scottish Indoor Championships. One of them, Joanna Martin, competed in the 2016 Invictus Games.
With numbers on the programme reaching into double figures, five of those involved progressed to rowing on the loch at Strathclyde Park this month. 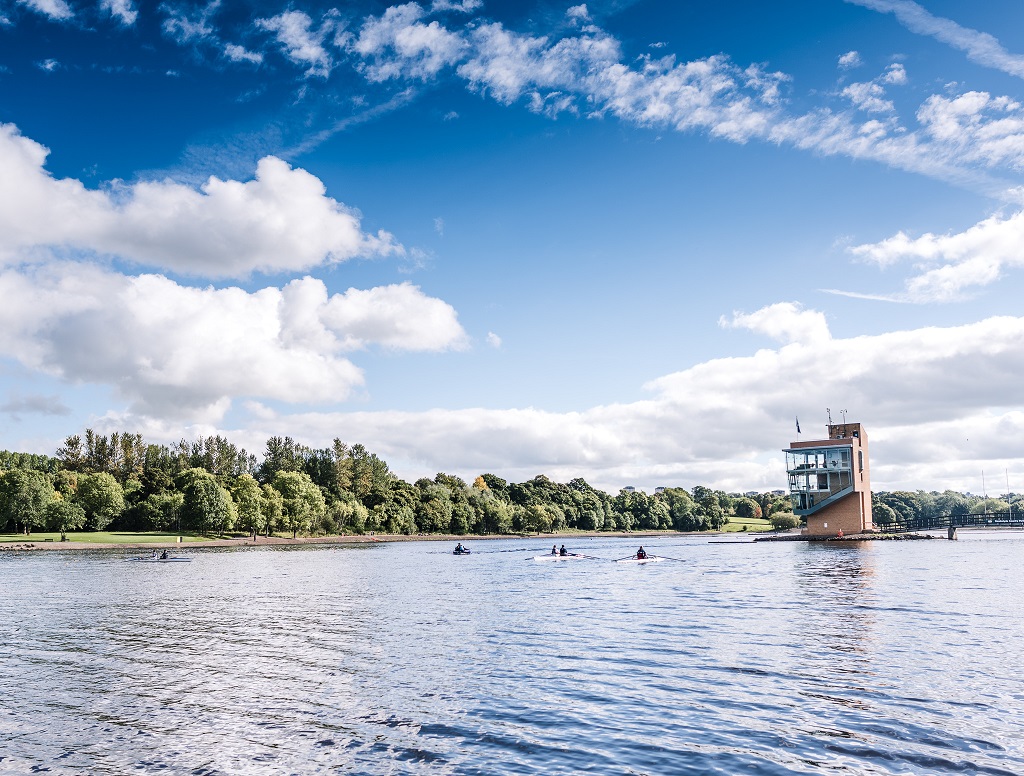 “This month’s camp has been both a new activity and a new challenge,” said David Rhoney of Help for Heroes’ Battle Back RAT Scotland.
“Through rowing we rebuild fitness and confidence, but as much as anything it’s about being back together with the guys and girls. 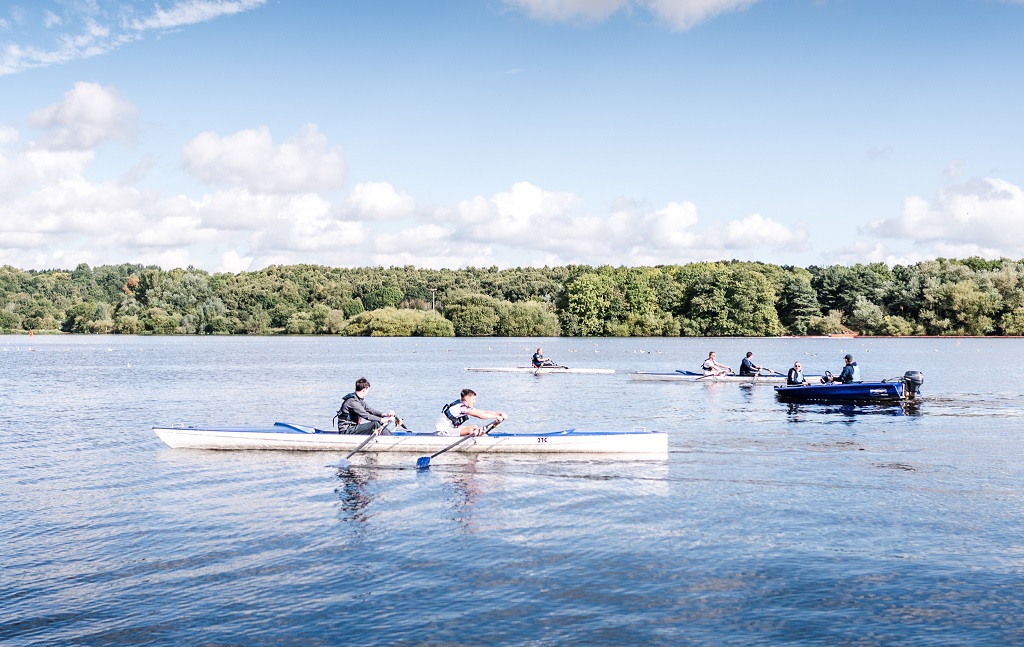 “There are lots of physical and mental health benefits and ultimately we want the programme to take them to the best place they want to be.”
The transforming effects of this rowing programme are clear to see.
“Being part of the programme has given me drive and determination to have a go, meet people from other walks of life and get my trust back,” said PTSD sufferer, Ian Russell who has been involved for six weeks. 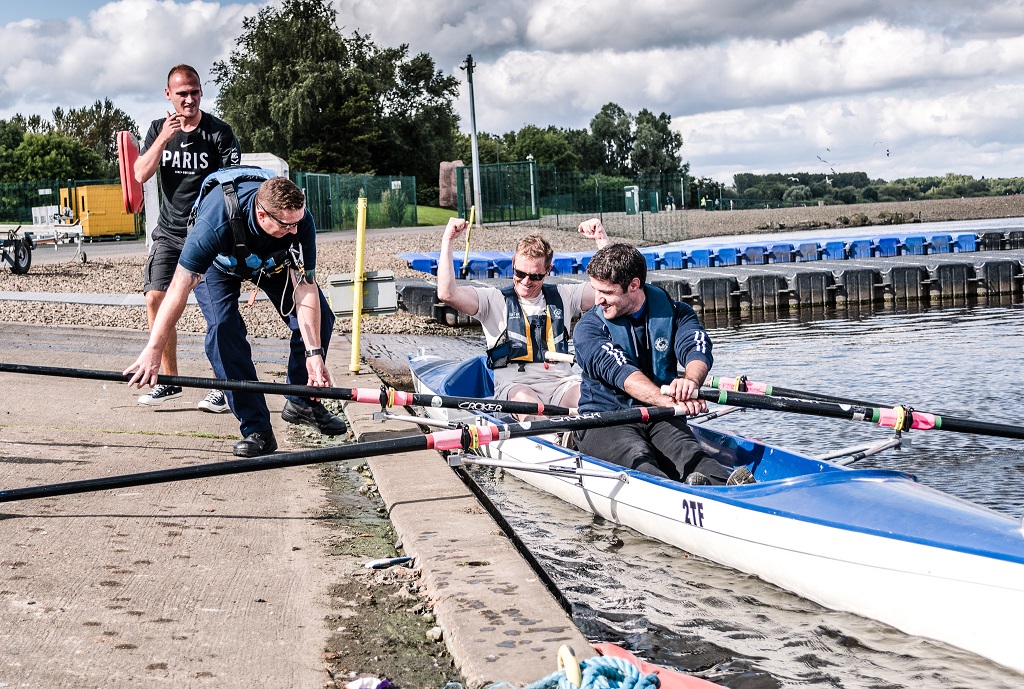 “The hardest thing was getting through the doors at the centre but I’m glad I did because there are so many people here encouraging you and helping you every step of the way.
“It’s no exaggeration to say that this programme has given me my life back.”