Posted: October 25, 2017
Former GB rower-turned-coach Lewis McCue believes Aberdeen can become one of the best places in the country to produce rowers.
“I don’t think there needs to be a limit to what anyone can achieve in rowing in Aberdeen,” said 22-year-old McCue, who began coaching for University Rowing Aberdeen this year after calling time on an international career which saw him compete for Great Britain at both junior and under 23 level, winning two silver medals.
“And I challenge anyone that Aberdeen isn’t one of the best places to row in Scotland.”
Completely satisfied with what he had achieved on the water, McCue needed a break from competition after the 2016 season and got involved coaching the sport in Aberdeen on a part time basis.
Working with athletes including Fiona Bell, who competed for the GB Rowing Team in this summer’s World and European Championships at under 23 level, he discovered a passion for coaching.
Last month McCue was appointed Head Coach for University Rowing Aberdeen, a joint project between Aberdeen University Boat Club and Robert Gordon University Boat Club. 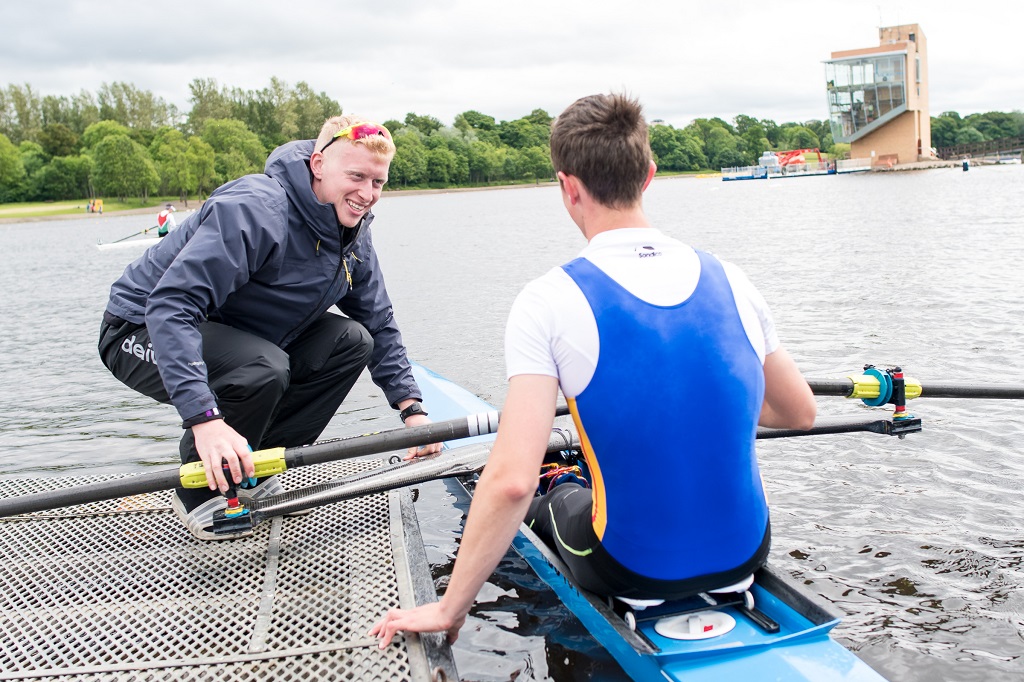 “I enjoy working with student athletes that are driven and I want to help them achieve everything they can in their rowing,” he said.
“Fiona had rowed for a year before coming to university so she’s almost a home grown talent.
“I enjoyed supporting Fiona in her ambitions and the biggest thing I did with her was telling her initially to try something new and go and trial for GB.
“Now I’m looking to use the experience of working with Fiona early in my career to help other athletes who are potentially going to be following in her footsteps.” 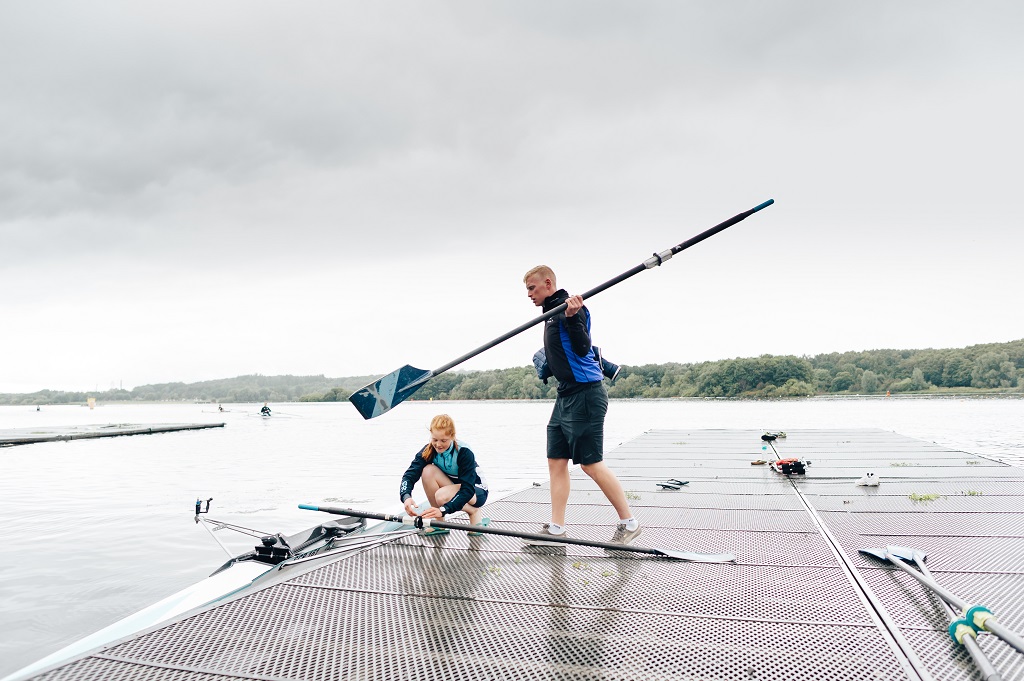 Bell sums up the McCue coaching approach, “He gets us to work very hard but he cares about everyone in the squad and he puts positivity into us remarkably well.”
His head coach role is not simply one to one coaching but an all encompassing programme structure that caters for athletes of every ability.
“I’ve been working on creating a structure which supports performance and also the recreational side of the club which is also important,” he explained.
“We need the buy in from students so we are working with them to create a structure that they want.
“At the same time we are very clear on what is expected of novice athletes and what they can expect from the programme they are getting themselves into.” 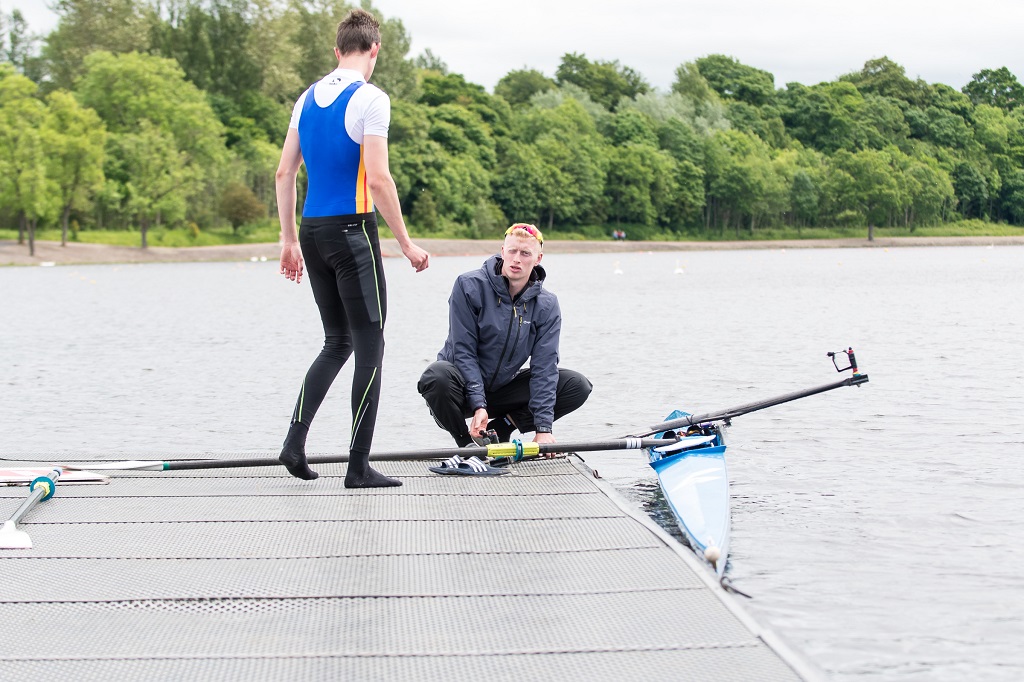 The proof is in the numbers and the early signs are good.  The club has some 30 senior athletes and a healthy number of recreational rowers.  If there has been just one revelation it is the club’s novice group which has attracted around 100 newcomers.
“The big increase in novices this year has been a nice surprise and we were really pleased to get 60 novices on the water over the weekend,” said McCue.
“It shows some of the structures we have put in place and the new things we tried at freshers' fair have brought new people in which is great.”
McCue is not working alone and acknowledges the support from students who have been running the club in recent years.  He sees it as “vital” to the programme that he can draw on the support of three volunteer coaches as well as the club captains.
University rowing has never been better in Scotland.  Edinburgh University Boat Club produced three athletes who competed at senior level at this summer’s World Rowing Championships in Sarasota.  And the rowing experience is positive at a number of universities including Glasgow and St Andrews.
McCue believes replicating the work of other universities wouldn’t work as well as devising something new specific for the Aberdeen universities.  He has a separate vision for Aberdeen. 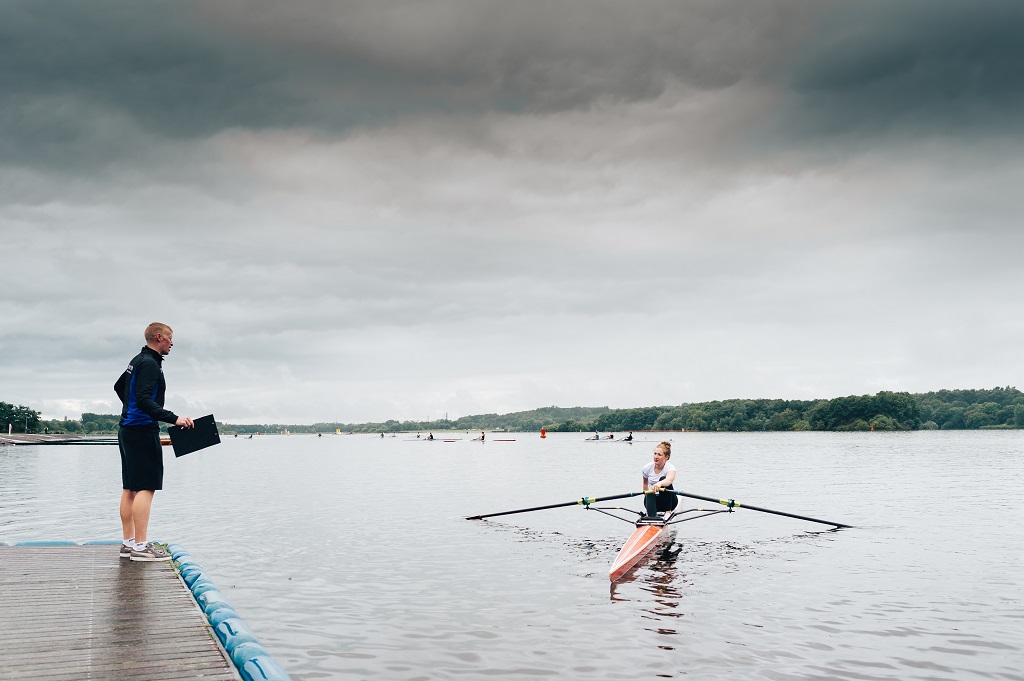 “We are not at the stage where we are on a par with bigger programmes,” he admits.
“And Aberdeen is not the same as Edinburgh or Glasgow.  So I’m not going to try and make our programme the same as two completely different centres.
“We will be University Rowing Aberdeen and I hope that over the next year will be able to support our athletes in a very unique way, supporting them towards their ambitions.”
Scottish Rowing’s Head of Performance Pathway, Lee Boucher said:  “I am delighted to see Lewis make the transition to a coaching role after a hugely successful rowing career.
“University Rowing Aberdeen is an exciting and unique partnership and I am sure that under Lewis’ leadership the programme will continue to go from strength to strength and provide a quality training environment to support the development of Aberdeen based rowers.”