“Amazing to be on the podium” says Horsburgh

Scotland’s Gavin Horsburgh experienced the full spectrum of emotions on the way to winning silver in the men’s quadruple scull final at last week’s World Rowing Championships in Sarasota-Bradenton, Florida. 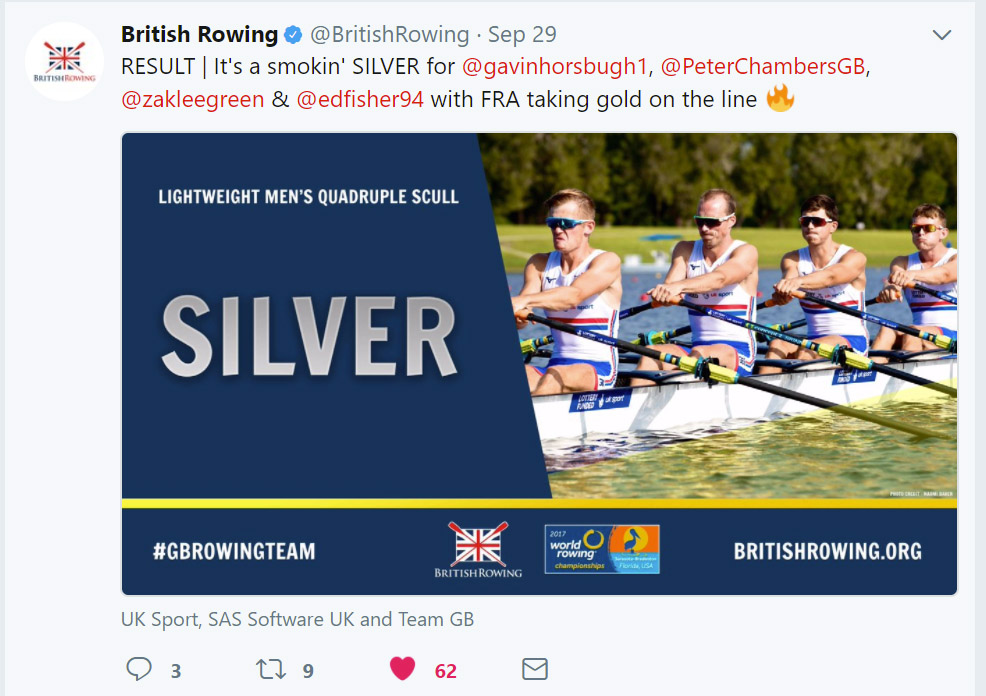 “Stomach burning tension” at the start gave way to confidence when winning became a possibility, replaced by disappointment when France edged them out at the finish. Then came a full swing back to elation when he stepped on the podium.

“We were leading and I felt like we had it in the bag,” said Horsburgh. “I got to 10 strokes to go and, after having a last look and seeing we were two seats up on France, I just kept my eyes on the boat.

“I watched the splits get faster and faster on my speed coach and when we got to the line I heard them (France) shout for joy.

“I was pretty disappointed to hear that but at the same time it was absolutely amazing to be on the podium.” 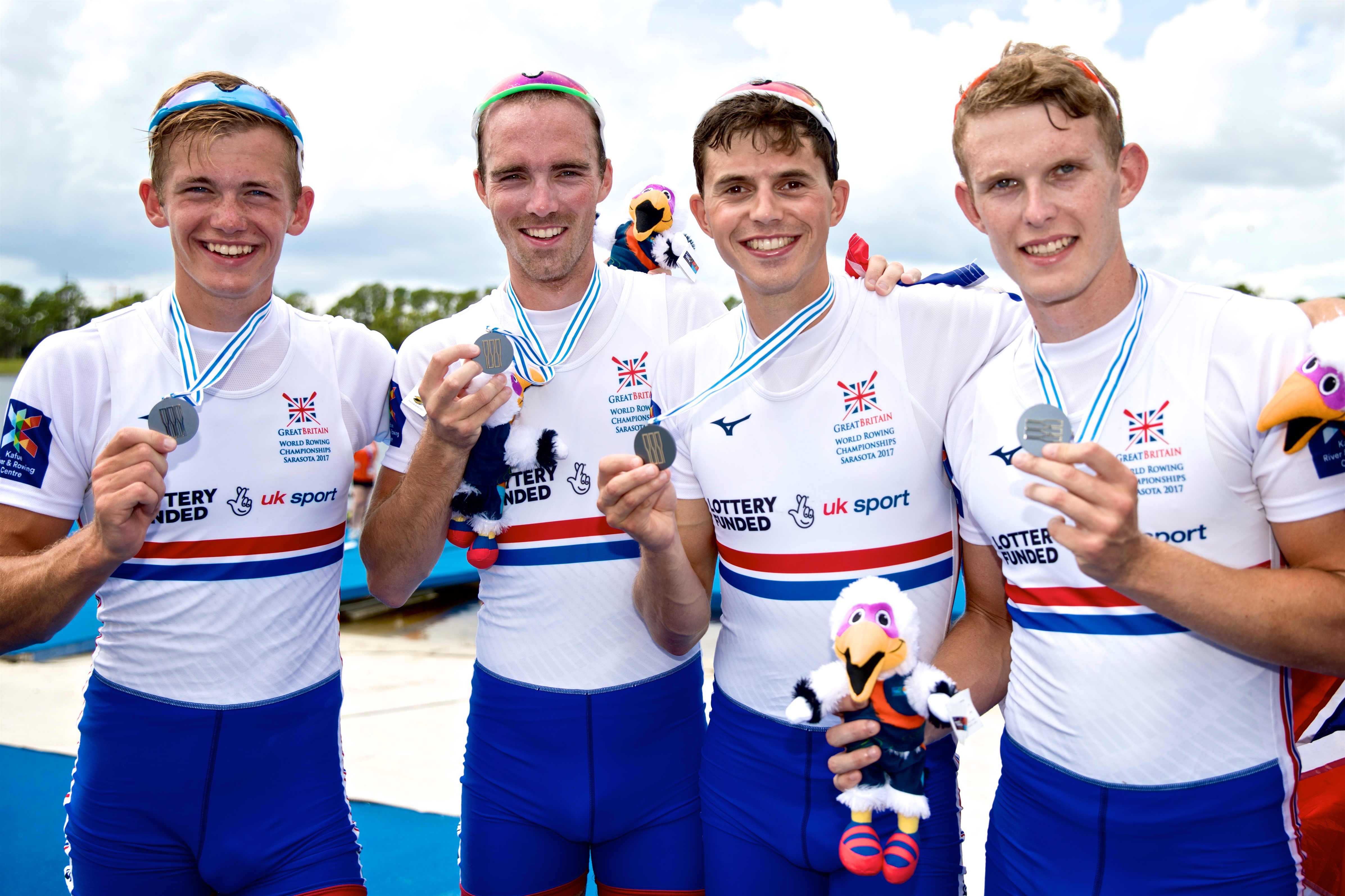 Twenty-year-old Horsburgh won gold in the 2015 Junior Worlds, and won again in last year’s under 23 competition. But his latest achievement betters all that has gone before and will influence his approach to racing from now on.

“Coming to Senior Worlds completely exceeded my own expectations of the season,” said Horsburgh.

“It just shows you it isn’t over til it’s over in terms of racing and the whole experience will improve the way that I structure races now.

“Being in the whole environment here, seeing how the guys at the top of the game act in training and racing has been pretty priceless.

“And it’s very much a one team one dream attitude here. When one boat does well all the other boats want to try and push on to get up to that level as well.

“Everyone strives for that one gold and it really puts into perspective how I can take that back into my training in Edinburgh.” 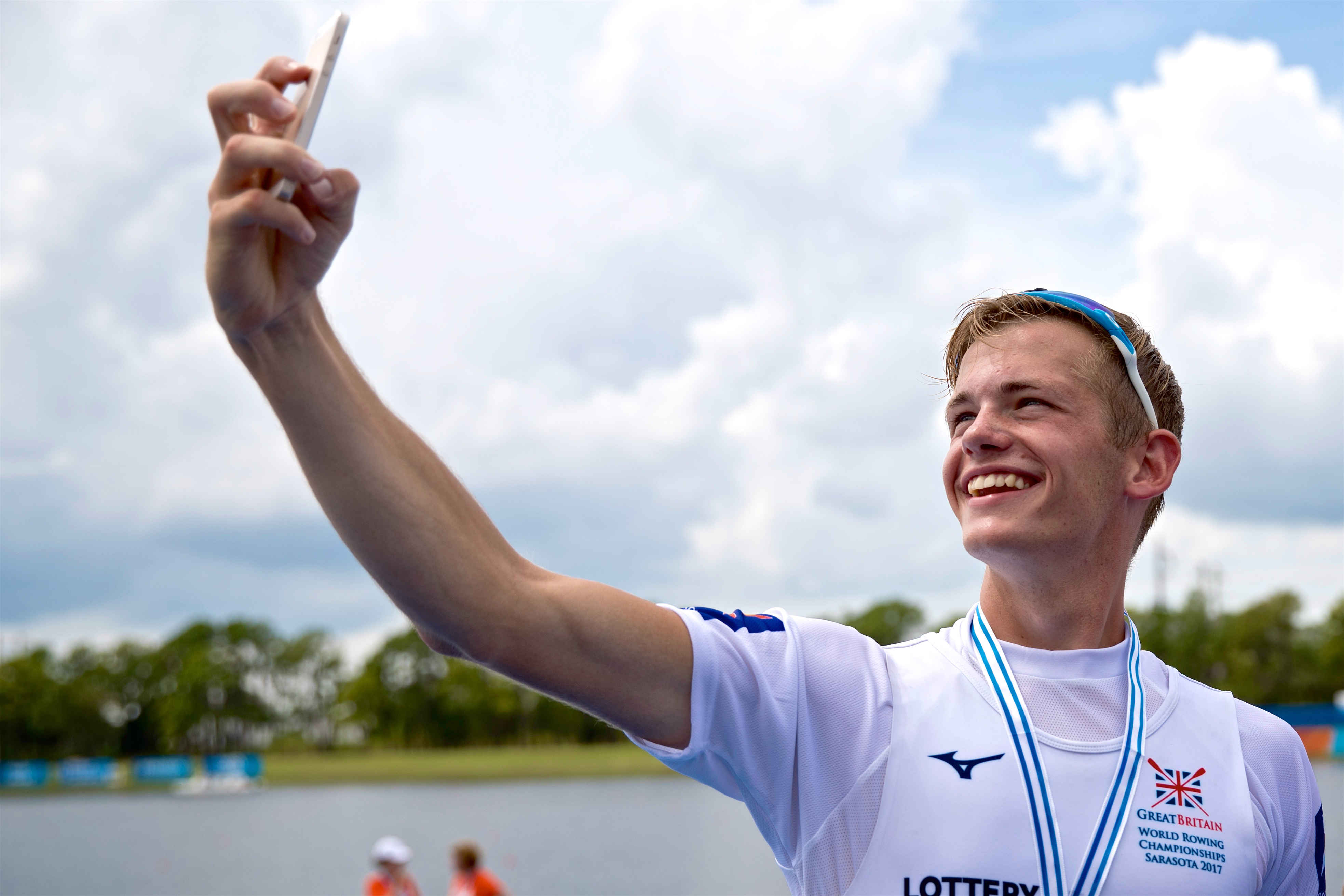 Horsburgh will take a three-week break from rowing, where he will catch up on studies at the University of Edinburgh, before resuming the training and trials process that will hopefully put him back on the GB team for 2018.

Horsburgh was not the only Edinburgh University Boat Club athlete making his senior worlds debut. So did fellow student Maddie Arlett and Alumni Robyn Hart-Winks, who finished fifth in the women’s lightweight quadruple sculls A final.

It’s another accolade for the rowing programme which, combined with support from Scottish Rowing, the sportscotland institute of sport and Winning Students, is making Edinburgh one of the leading rowing universities in Britain.

Horsburgh paid particular tribute to Edinburgh’s head coach, Colin Williamson, not only for his technical and tactical expertise but also the ability to understand his athletes.

“There have been a lot of ups and downs this year but Colin has provided that emotional support throughout the year,” said Horsburgh.

“He realises that getting the best out of his athlete isn’t just about the training programme, it’s all the other factors around them as well.

“Colin has been fantastic with that and I would class Colin as being up there as one of the best coaches.”