Coastal rowing club, Eastern Amateur, are anticipating a “voyage into the unknown” when they line up amongst what organisers hope will be 100 boats for the inaugural Castle to Crane event this Saturday.
Held over the 13 mile stretch between Dumbarton Castle and Finnieston Crane in Glasgow, this will be the largest open water rowing race in Scotland, open to fixed seat, coxed rowing boats of at least four oars.
Three separate crews from Eastern Amateur Coastal Rowing Club (EACRC) wanted to take part in the competition which will see the biggest fleet of rowing boats assembled in Scotland since the Battle of Largs in 1263.  But, with only one boat, they had to draw straws.
“We were the lucky ones,” said EACRC team member, Geoff Lynn, who is joined in the team by Adam Hardy, Adam Heffill, Mark Hughes and Nick Johnson for what will be a unique challenge.
“A typical coastal rowing race would be maximum 3km whereas this will be 21km, so this is a longer than usual event.
“We are reasonably comfortable with the distance; it’s more getting the pacing right so you don’t end up dying three quarters of the way around.
“It’s a bit of a voyage into the unknown but we are a competitive club and we train to win, so we are hoping to do well.  But we know it’s going to be a tough race.” 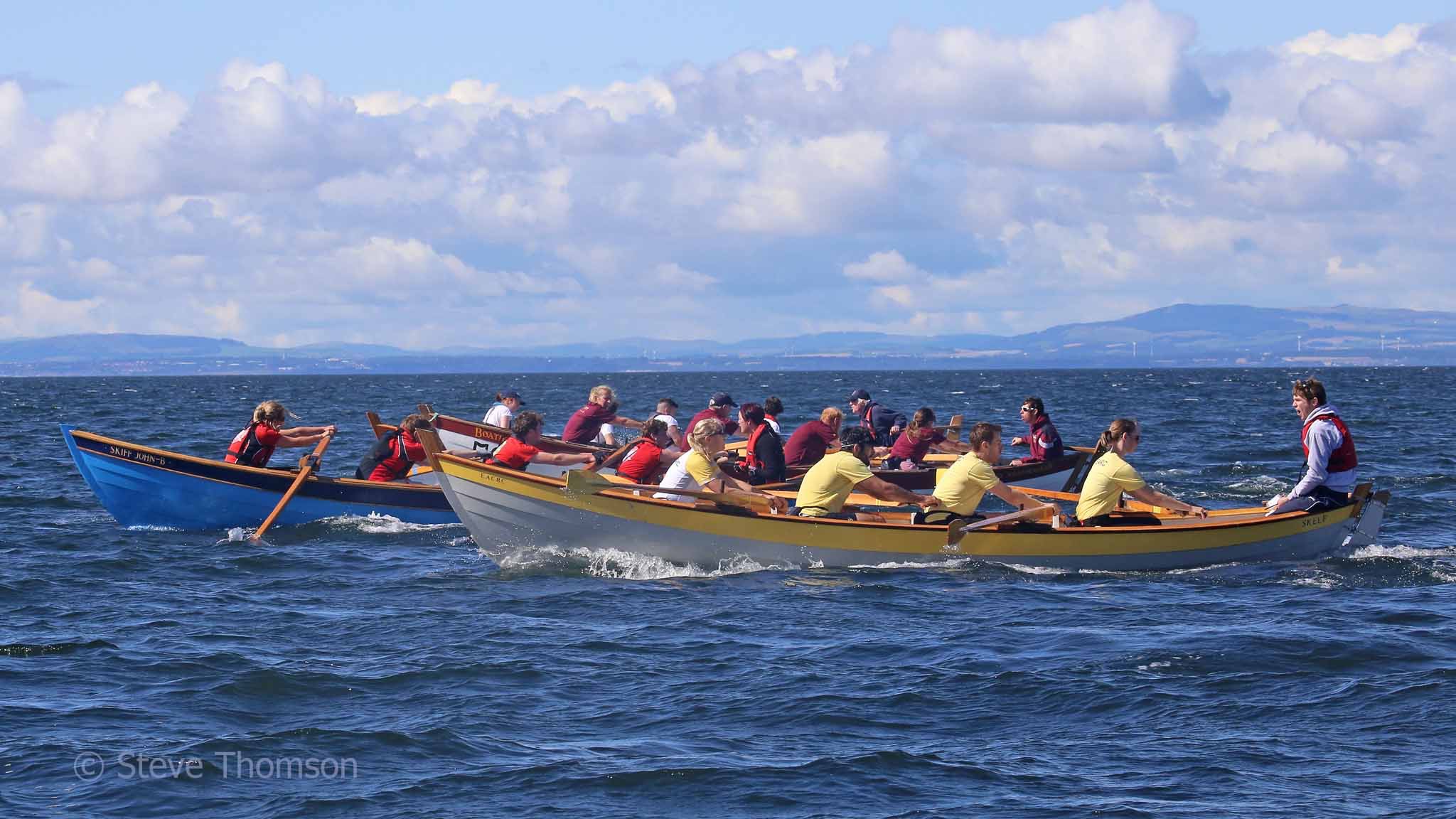 Portobello-based EACRC started life in December 2015 when eight original members worked together to raise funds from sportscotland and corporate sponsor, STAG energy, to buy and build a St Ayles skiff, and establish a second coastal rowing club on Edinburgh's beach.
Since then the Scottish Rowing-affiliated club has made the most of the sport’s surge in popularity and its membership now stands at 61; 10 of whom are under 19, and eight are over 60.  In last month’s North Berwick Open its members won gold in four separate categories.

“We started the club with eight of us less than two years ago and we’ve already grown significantly, with a good spread of ages and a shared commitment across the club to working together and improving” said Club Secretary, Sally Champion.
“We are keen to expand to a second boat next, and to increase our membership in some categories where we still have capacity. A second boat would mean we could take one boat to a regatta, and still have a boat available to the members who weren't able to come. We can also plan more long-distance events and adventure rows with two boats, as well as race teams against each other."

“We've applied to Awards for All to secure funds for a second skiff so fingers crossed we will be successful.”
For more details of Eastern Amateur Coastal Rowing Club visit: www.eacrc.wordpress.com
For information on the Castle to Crane event visit: www.clydebuiltfestival.com