Four Scottish juniors will on Thursday become the latest Scottish Rowing athletes to test themselves on the international stage in 2015 as the World Rowing Junior Championships get underway in Rio de Janeiro, Brazil, one year ahead of the Rio 2016 Olympic Games.

The Championships will double as an Olympic test event and the Scots, selected as part of a 36-strong GB Rowing Team, will get to experience racing on the spectacular Lagoa Rodrigo de Freita, just ten minutes from Ipanema beach with a spectacular backdrop of mountains, the Tijuca Forest and the iconic Christ the Redeemer statue at Corcovado.

The GB men’s quadruple scull, which won silver at last year’s championships, has been boosted this year by the addition of Glasgow Academy duo Josh Armstrong and Gavin Horsburgh, both 17, and they will be looking to replicate their excellent domestic form, which included a course record at the prestigious Henley Royal Regatta in the same boat classification, on the world stage. Armstrong and Horsburgh, who are both part of the Scottish Rowing Performance Programme supported by the sportscotland institute of sport, are joined by 2014 silver medallists Chris Lawrie (Sir William Borlase’s School) and Sam Meijer (Westminster School). 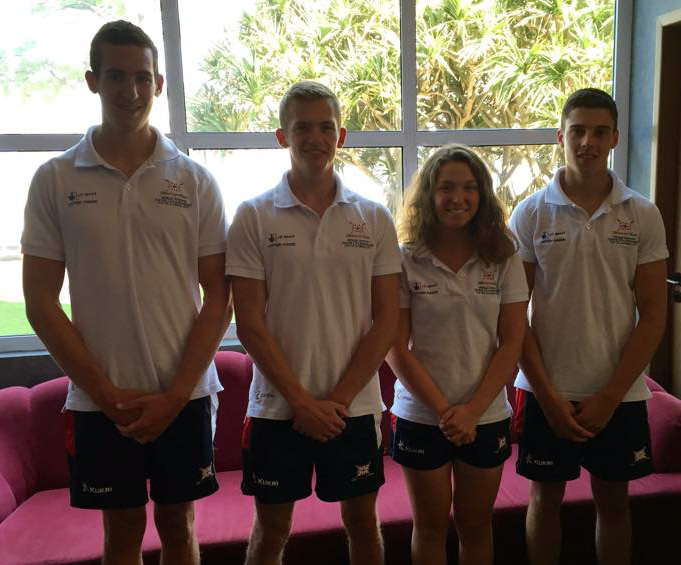 All four Scottish rowers have made the step up from the 2014 Scotland Rowing Team which competed in Cork last July, whilst Armstrong and Rankin represented the GB Rowing Team and won their respective races at the GB France Under 16 match last year. Armstrong, Horsburgh and Duncan were also part of the Inspire 2014 programme which Scottish Rowing ran alongside last year’s Commonwealth Rowing Championships to help support the development of some of Scotland’s leading junior rowers.

Last weekend Holly Wicklow of the Glasgow Academy and Laura McDonald representing George Watson’s College, Edinburgh, were part of the GB Rowing Team that won the women’s competition and were runners-up in the overall standings at the Coupe de la Jeunesse in Hungary.

Follow all of the action from the 2015 World Rowing Junior Championships
http://www.worldrowing.com/events/2015-world-rowing-junior-championships/