A few adventurous Scots made the journey to Australia to compete in the World Rowing Masters Regatta at Lake Wendouree, Ballarat, the venue of the 1956 Olympic Games Rowing Regatta. Fortunately, the Australians had re-filled the Lake with water in time for the start of the regatta, having been dry for several years previous. The Regatta was held from the 9th to the 12th of October.

Conditions on the lake were extremely pleasant on the 1st and 3rd days, but resembled Strathclyde Park on a bad day on the 2nd and 4th, with very strong cross winds. Ron Wallace and Jim Steele (ABC), achieved 3rd place in the both the ME2x and MF2x, while Ron apprehensively finished 6th, but still upright, in the ME1x.

Amber Price and Alison Smith (ABC) got a 6th place in the WD2x, and Carol Wallace and Tricia Ritchie got off to a bad start making 7th place also in the WD2x.

Lorraine Boyle (ABC) battled the challenging conditions to come in 5th in the WD1x, with the winner from Richmond RC finishing the course in a time of 4.49.50.

Liz Davidson (SPRC) having signed up as an orphan for the regatta, teamed up with Heather Gavin (Shellharbour City RC, NSW) and missed out on a medal by 0.5 secs in the WD2x, being beaten across the line by the crew from Swan River RC. In the WC2x, Liz teamed up with Anna Cicognani (Leichhardt RC, NSW) and they battled the elements to achieve 6th place, in a time that would have given them a second place in any other heat. 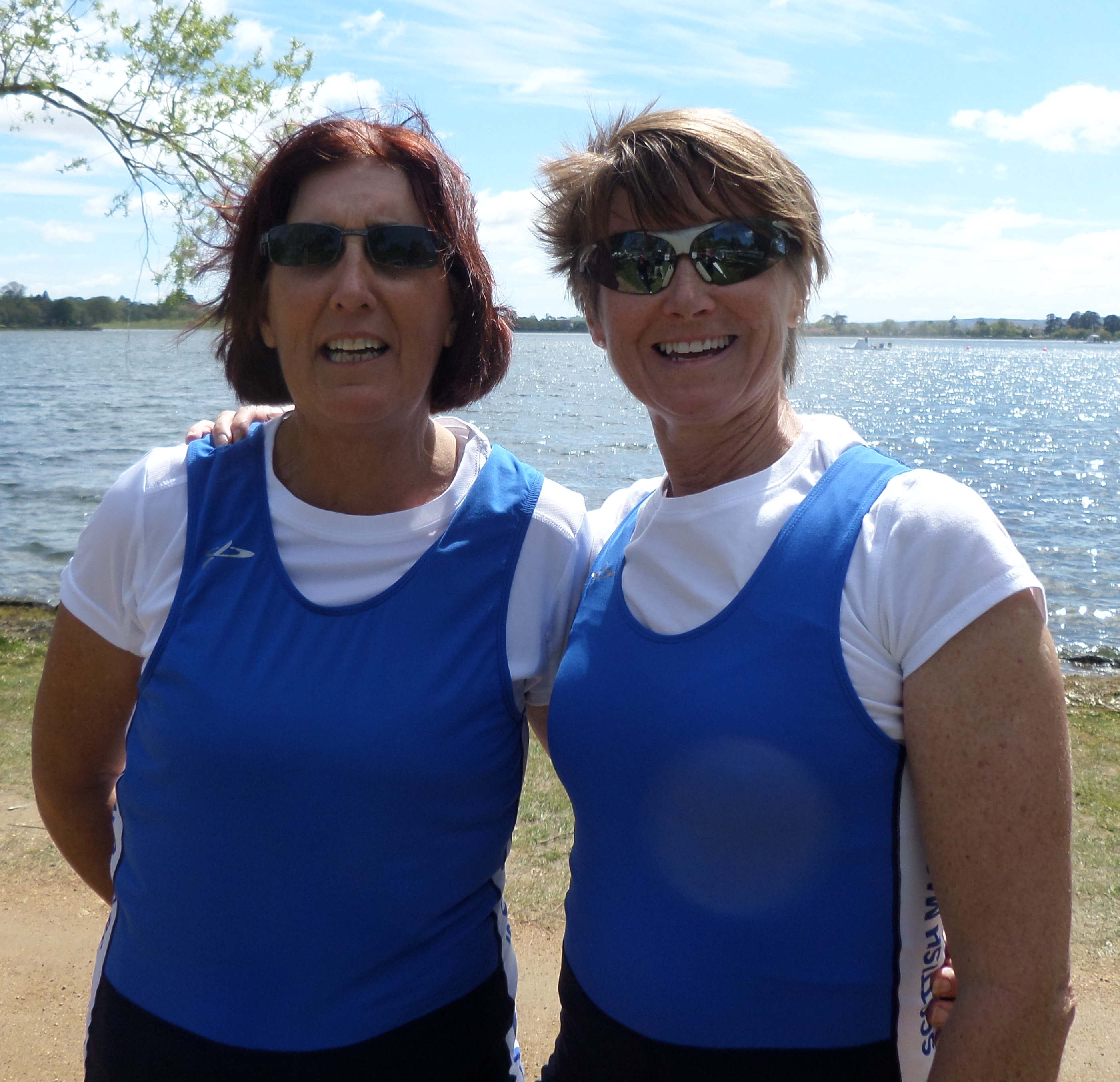 Liz then achieved a 4th in the WE4x with a composite crew of Shellharbour City Rowing club and Cardiff City RC, and also 4th in the WB8+ with a composite crew where nobody actually knew each other until getting into the boat (Lake Macquarie, Leichhardt RC, Northshore RC, Rockhampton Fitzroy RC, Shoalhaven RC, and St Georges RC), and the winners were an Australian Olympic re-union crew, winning in a time of 3.34. 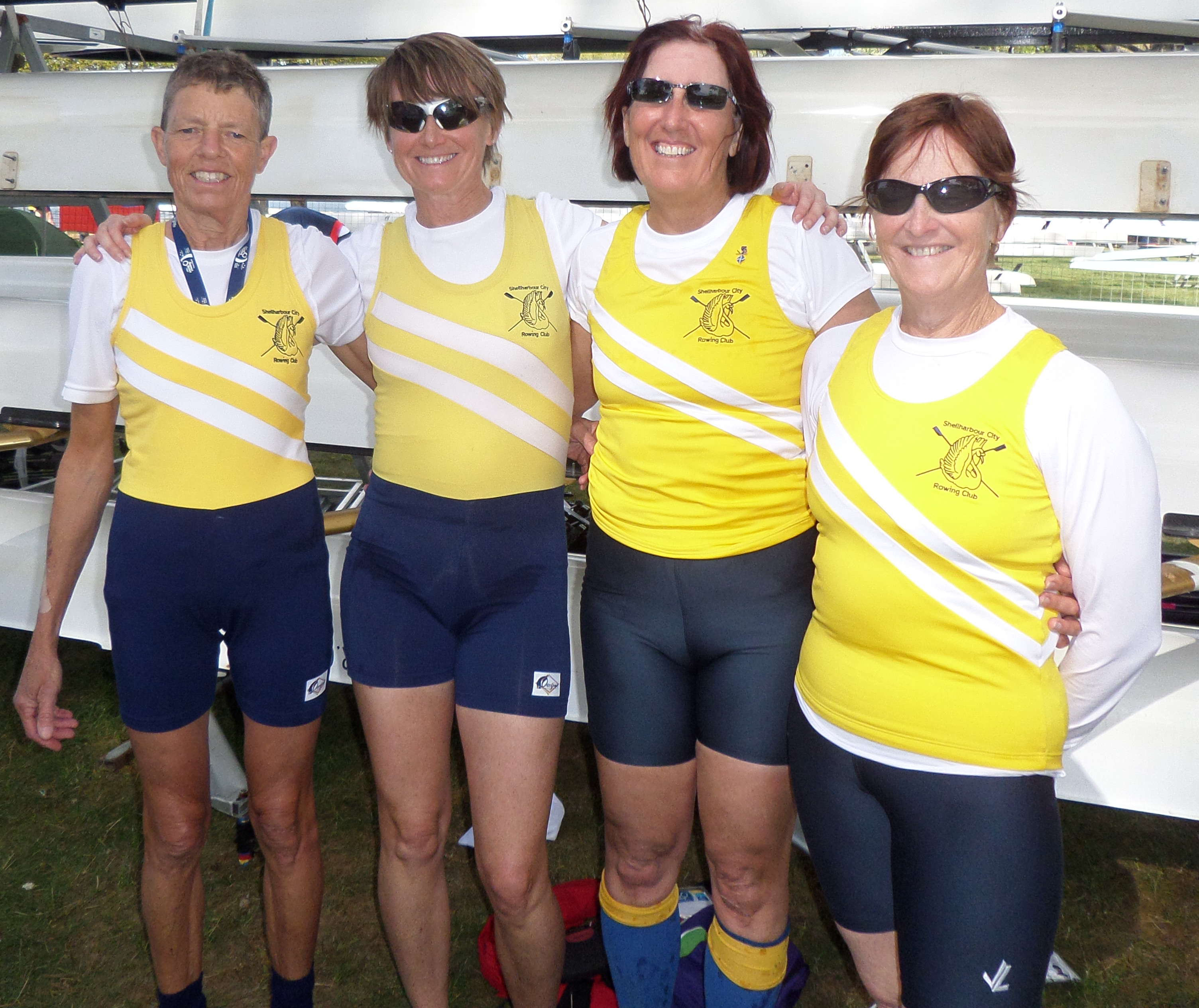 Liz also signed up as a volunteer at the regatta, fitting in pontoon and park rover duties between races. Her volunteer 8+ crew got narrowly beaten by Gary Bain and Bruce Lowe’s FISA crew in the final ‘fun’ race of the regatta, over a sprint distance of 500m.

The regatta celebrated the return of rowers from Japan, Italy, Greece, Germany, and Australia, all of whom had competed in the 1956 Olympics at Lake Wendouree, as well as witnessing wins from Australian’s six-times Olympian and three times gold medallist James Tomkins. The last official race of the regatta was the Mens I-K 8+, with 8 crews competing for the medal, showing that this Masters’ regatta was not only for rowers of all abilities, but a huge age range too.

Overall, the event was a great success, and the Australians were extremely friendly and inviting to both their country and regatta. It was thoroughly enjoyed by all competing Scots, despite the windy conditions, and all would encourage Scottish veterans to take the plunge (or not quite!) and go compete and enjoy themselves at future Masters’ regattas.