Olympic Champion Heather Stanning, born in Yeovil but brought up in Lossiemouth, has been back in the harness with Helen Glover in the women’s pair since the World Cup in France six weeks ago and they now have two 2014 World Cup wins under their belt. 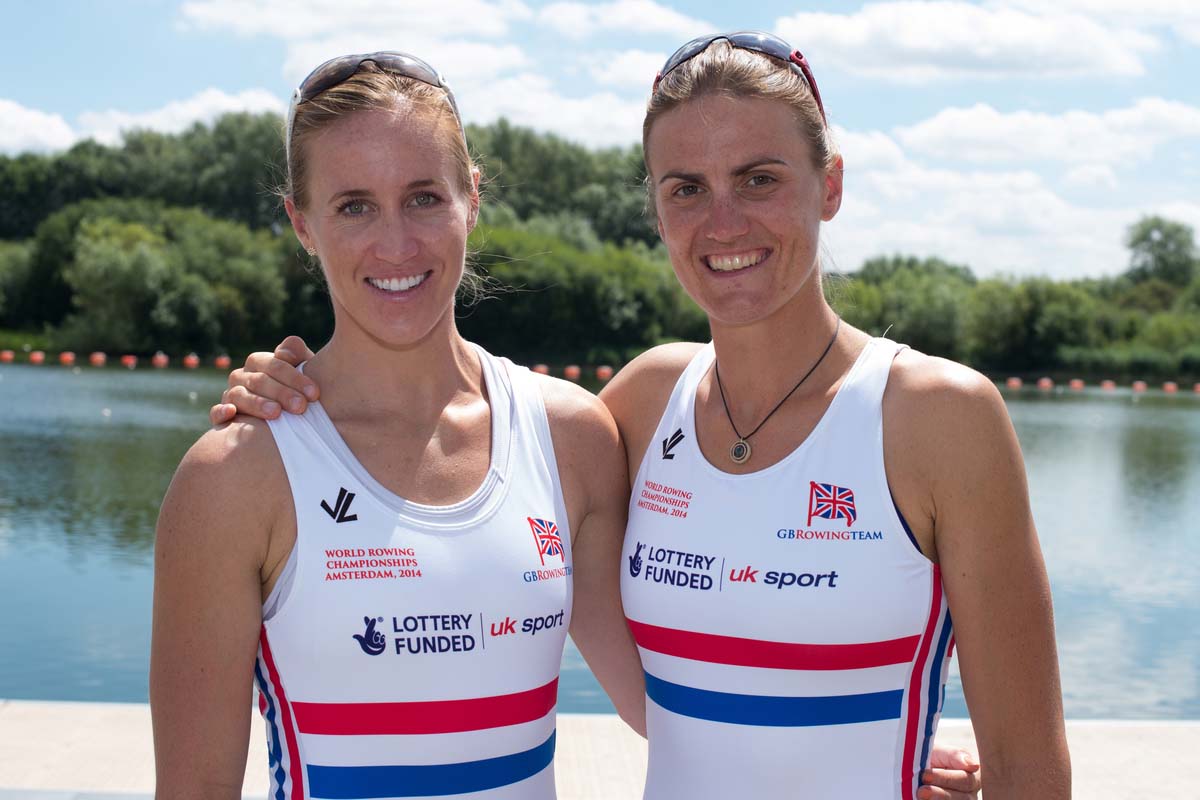 Stanning had taken time away from the sport to return to her duties in the British Army, where she was on active for a year during 2012/13. In this time Glover raced with Polly Swann, of Edinburgh, winning gold medals at last year’s World Championships and the European Championships in Belgrade earlier this season.

At the squad announcement in July, Stanning said: "I am clearly delighted to be selected. It was always my main aim to get back into the boat with Helen. I wasn't always sure I'd be able to achieve this in the one season especially after my year back with the Army and returning to training later than normally would be expected.

"Obviously I have had my ups and down but we've had some really great racing and now with a solid block of training ahead of us before the Championships we can definitely continue to move forward. Working with Helen again is a dream come true".

Following the return of Stanning, Polly Swann has made the switch to the GB women’s eight.

This crew have enjoyed consistent podium finishes this year as they won a silver medal in Belgrade, and bronze medals at both World Cup regattas which followed. They also won the Remenham Challenge Cup at Henley Royal Regatta. 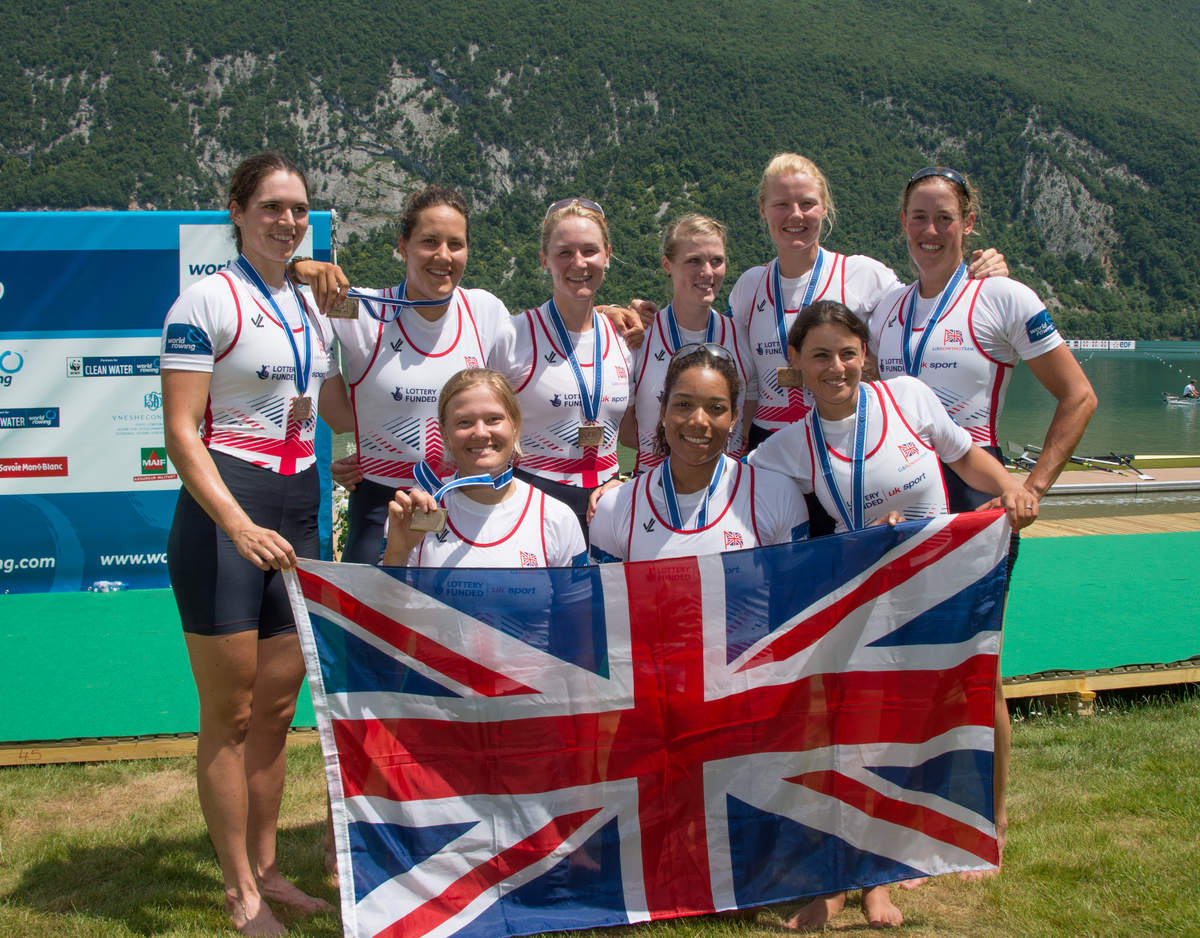 Also speaking in July, Swann spoke about the prospect of the Worlds: “Looking ahead to Amsterdam, I think we’ve put out some good performances but we’ve not reached our best yet. Honing in on that over the training camps and moving onto the Worlds I think we should be in with a shot at a good medal which is a very exciting opportunity for the women’s eight”.

She also spoke about how the eight has developed through the season: “It’s a bit of a mixed boat we’ve got. There are some old hands but also some very new, young blood in the boat and as a result I think each regatta we go to we’re performing a lot better than the last. I think we have a lot of progress to make, just to knit things together and find that unity'.

Alan Sinclair, of Inverness, will race alongside Scott Durant and cox Henry Fieldman in a coxed men’s pair for the World Championships. They won a silver medal together at the most recent World Cup in Lucerne, having only very recently been placed in this boat. 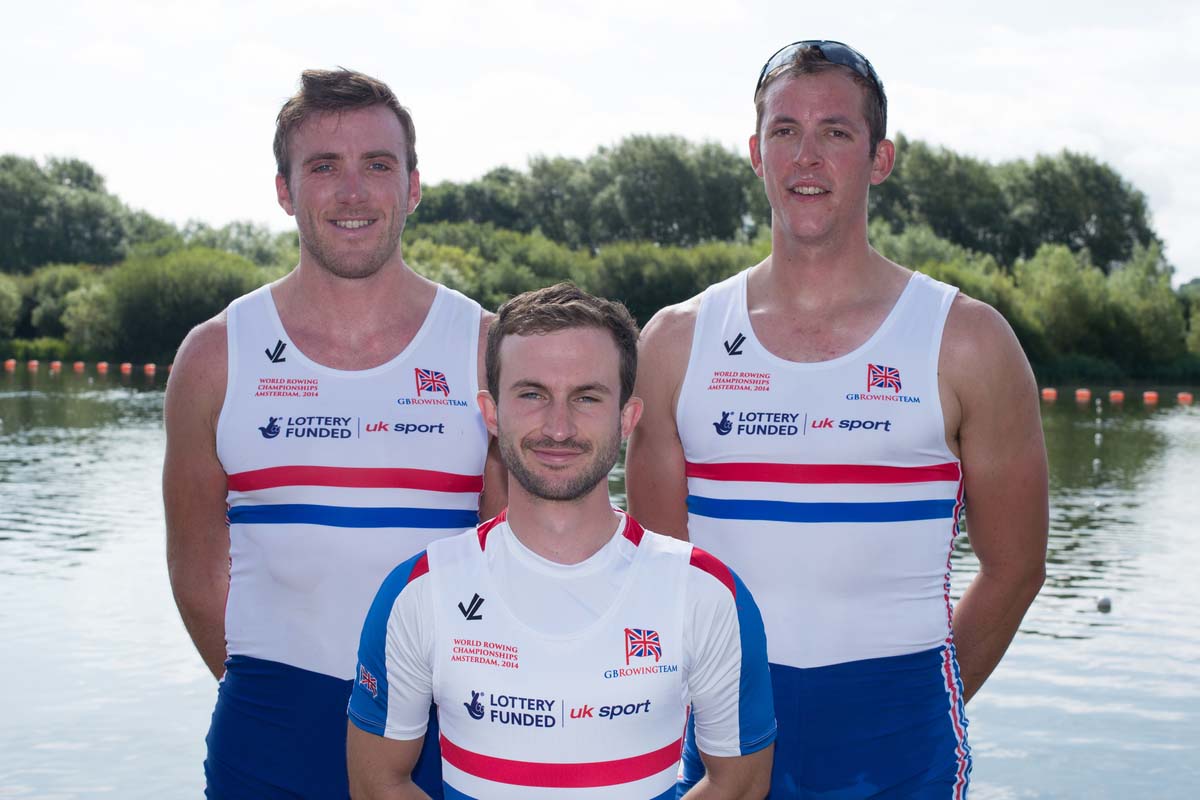 Imogen Walsh, also from Inverness, will once again race with 2012 Olympic Champion, Kat Copeland, in the lightweight women’s double scull. This is a new partnership for the 2014 season but they have produced some very promising results with Copeland showing no signs of ring rustiness after returning to the sport following a year away after her 2012 success.

They won a bronze medal at the European Championships in their first international outing together and have since followed that up with gold medals at both the World Cup regattas this season. 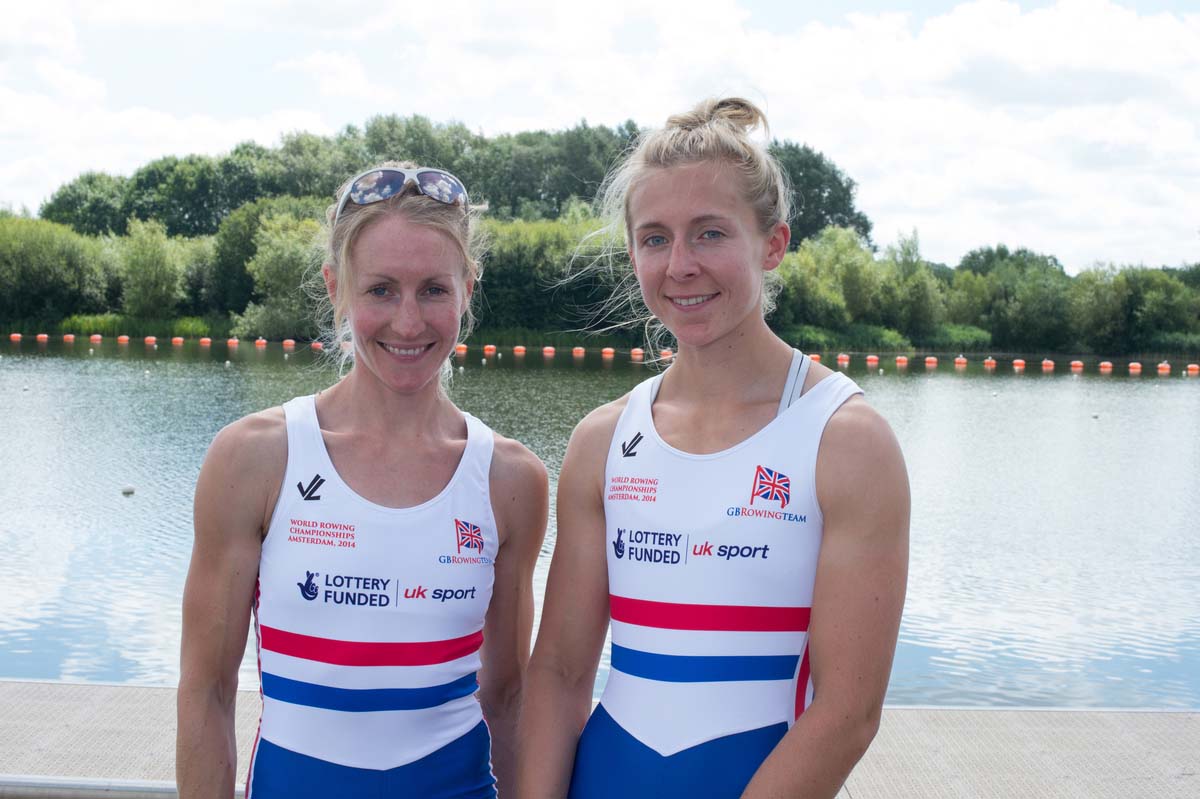 Walsh commented on the season so far, and the development of her partnership with Copeland: “It’s really exciting. Having won the last two World Cups we’re feeling quite confident but we know all the other crews are going to step on a lot.

“It’s been really interesting developing the partnership with Kat. I feel very much like it’s creating a new boat rather than me slotting into Kat’s boat. We’re taking on new roles and I think that helps keep things fresh, it’s very much starting a new project together and so far it’s working”.

Sam Scrimgeour, who is from Kirriemuir, lines up alongside Jono Clegg in the lightweight men’s pair, having enjoyed good success throughout the year so far. They kicked off the season with a silver medal at the European Championships in Belgrade, and added a bronze medal at the most recent World Cup regatta in Lucerne, Switzerland. 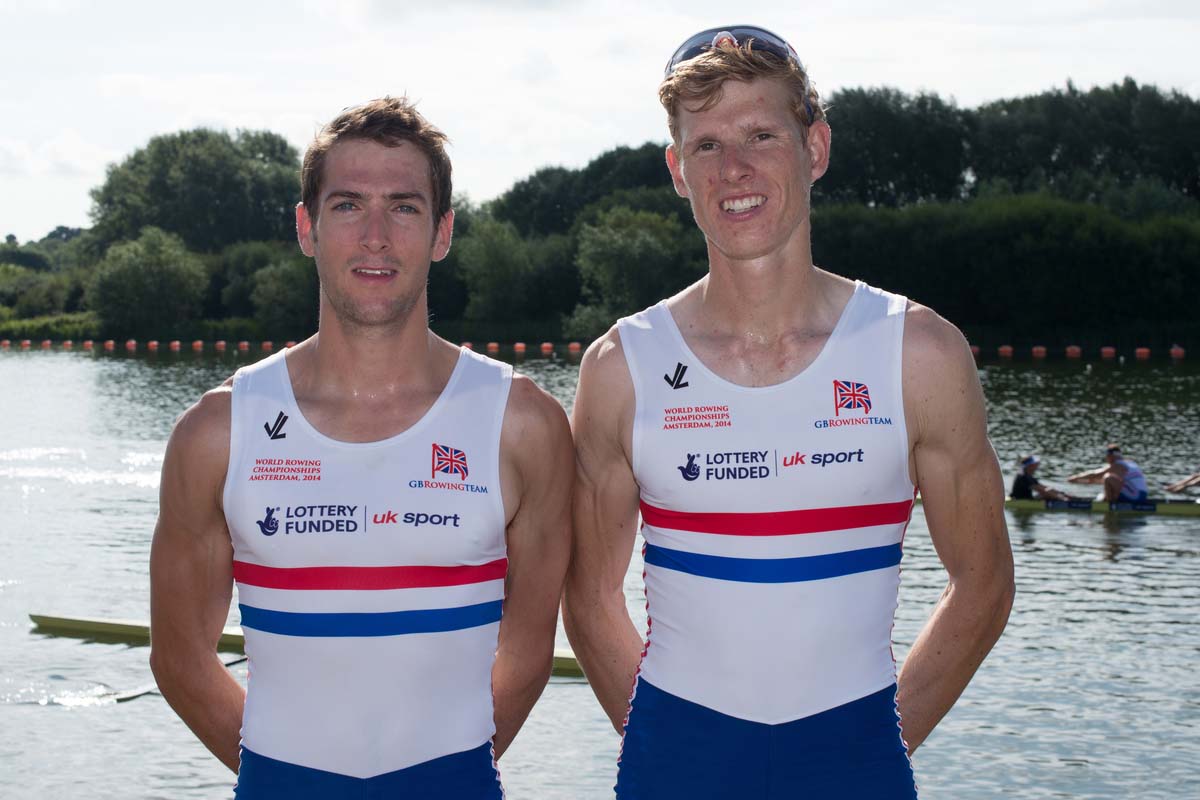 Scrimgeour said: “I’m very excited. I think we’ve got some good things that we need to work on, we know what we need to do and it’s all quite exciting going into the World Championships”. 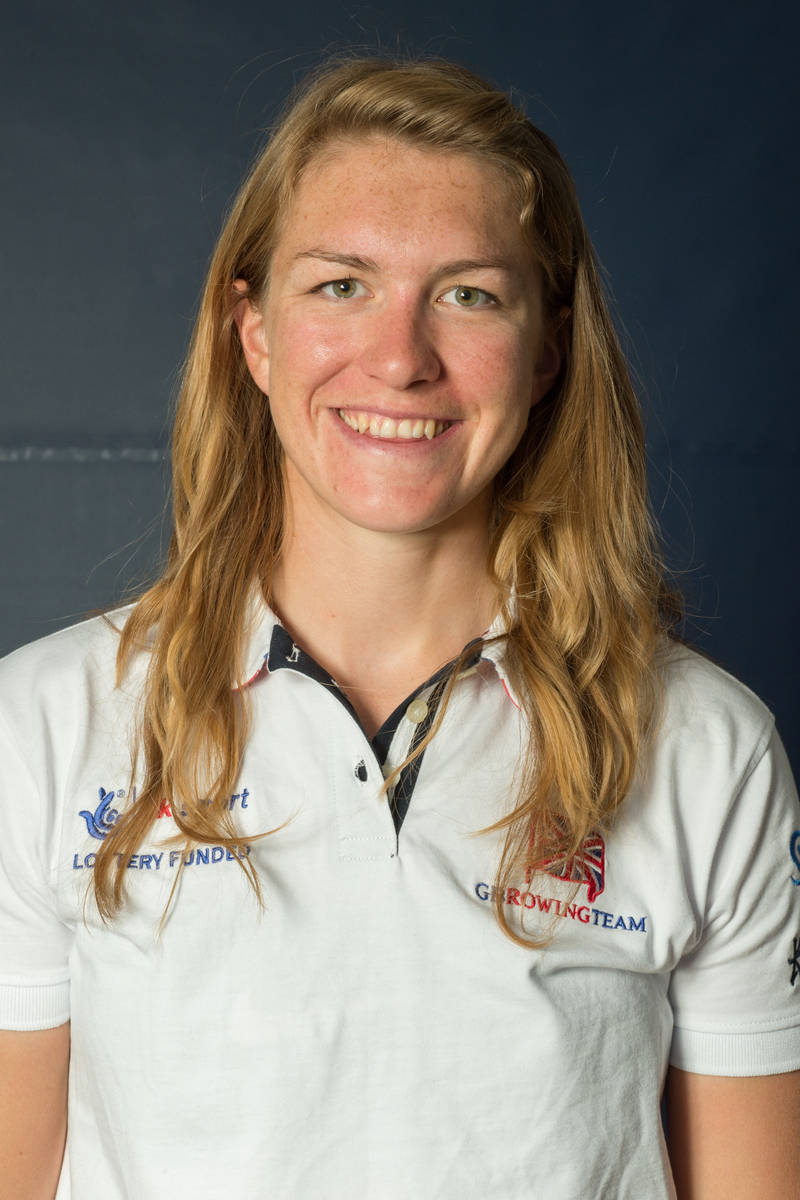 Performance Director Sir David Tanner said: “I’m proud of our rowers and our coaches for producing some cracking results at the World Cups. Now what matters is the World Championships and I feel we have a good platform for that”.

All Photographs courtesy of Peter Spurrier at Intersport Images

The outline racing schedule is as follows.
NB - rowing is an outdoor sport and timetables may change at the last minute due to weather conditions. For updated information please visit: www.worldrowing.com or follow us on twitter: @gbrowingteam.

Listed below in potential order of racing each day.

followed by A Finals: