Fit for 14 was introduced to encourage all officers and staff to consider personal fitness or wellbeing goals to have a healthier and more energised workforce. A total of 450 people / groups have set and shared their personal goals.

One of the 450 Fit for 14 aspirations was to seek fitness / health based World Record and the following idea was born….

The world record currently stands at 191 people rowing simultaneously on rowing machines at a single venue for a period of 60 minutes. This takes the form of a ‘class’ or ‘lesson’ similar to spin or aerobics but on rowing machines. The class was delivered by John Blair from the Scottish Rowing Centre and Andrew Swift, Scottish Rowing's Regional Development Manager (West)

Police Scotland with the support of Scottish Rowing hoped to smash this record with 215 officers and staff taking part. The participants committed to train over an 8 week period to be able to row continuously for 60 minutes.

The World Record took place from 10 am to 11 am and was watched by hundreds of spectators, family and friends. It was announced at the end of the attempt that it was an unofficial World Record, we will have to wait for official confirmation. 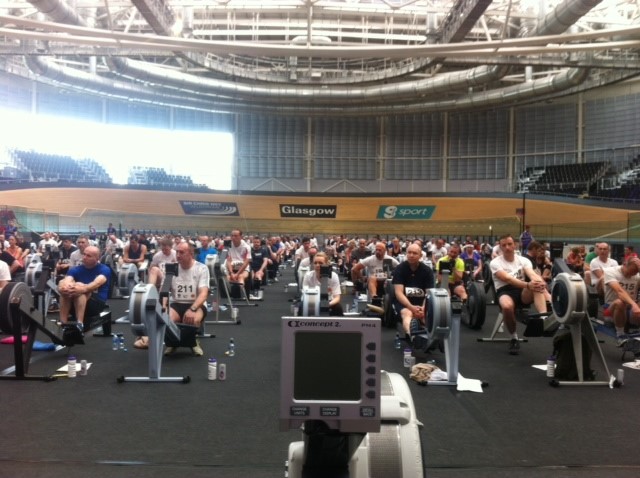 Police Scotland and Scottish Rowing would like to thank all of the volunteers who helped make the attempt happen.

For more information on the attempt please contact Fiona Moore at 0141 532 3262 - Fiona.Moore@Scotland.pnn.police.uk.