Swann, Scrimgeour and Walsh bring Gold, Silver and Bronze back from Belgrade

Edinburgh’s Polly Swann renewed her World Championship gold medal winning partnership with Helen Glover at the European Rowing Championships this weekend in Belgrade, and they produced a dominant performance in Sunday’s final to add another gold medal to their trophy cabinet.

Swann was paired with Glover after Heather Stanning was ruled out of the Championships on medical grounds, having shown some signs of fatigue in training. This gave Swann another opportunity to show the strength of the GB Rowing Team women’s pair. 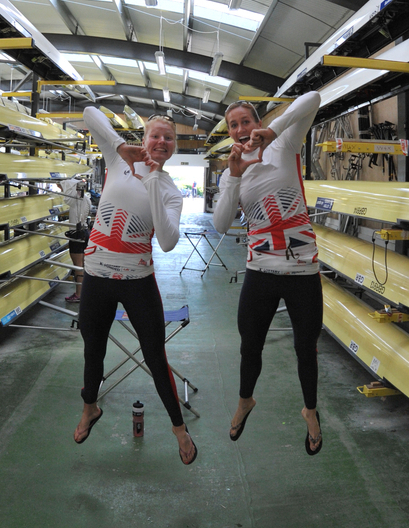 Having set a European Champs best time in winning their heat, Glover and Swann were the pre-race favourites.

From lane three they started modestly and kept a weather eye on Romanians Cristina Grigoras and Laura Oprea with Grigorias having been in the Romanian boat which won the title a year ago in Seville.

From 750m gone they seemed to open the after-burners and powered to a convincing win in 7:03.62, lowering the Championships best time again and almost a full five seconds ahead of the Romanians.

Imperial College’s Sam Scrimgeour, who is from Kirriemuir, raced with Jono Clegg in the lightweight men’s pair, producing an excellent performance in the final. 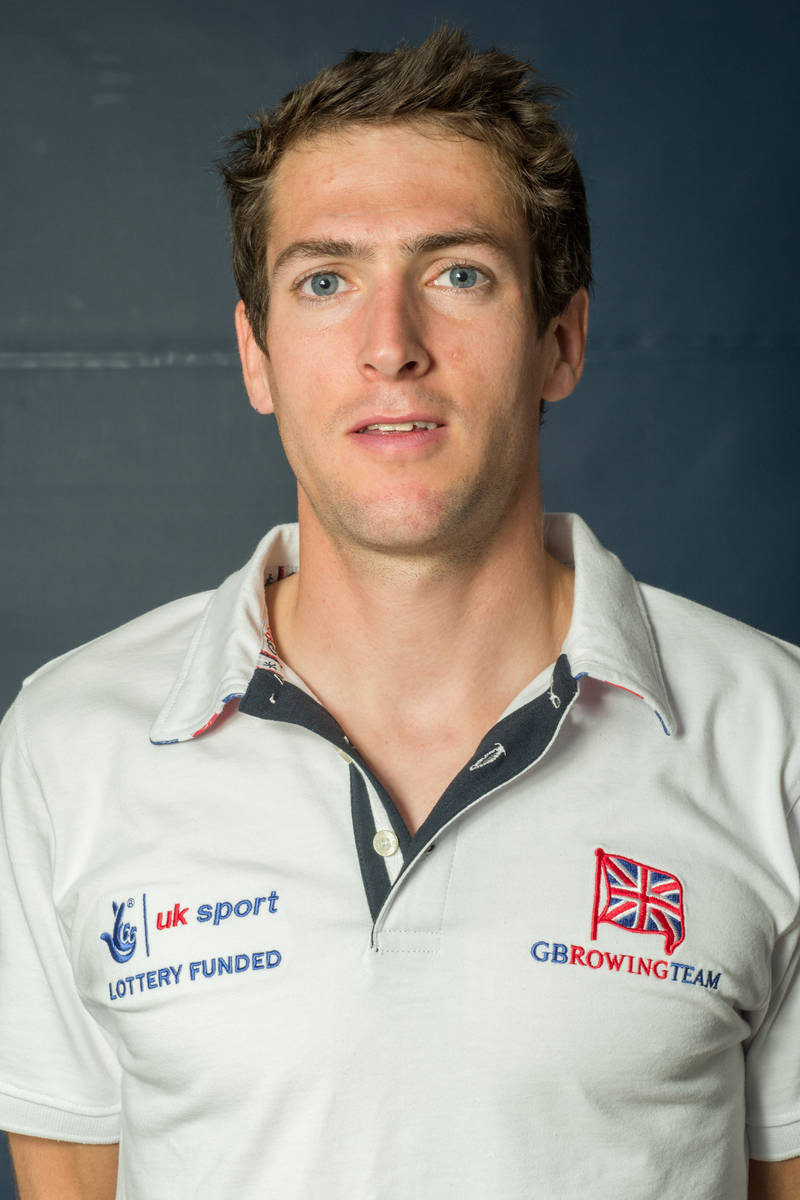 The pair went out all guns blazing in the opening 500m and built an early lead. The Swiss were the main rivals and the British boat was asking questions of them, with the Dutch also closing the gap at the halfway mark.

The Swiss picked up the pace at 1500m and moved into the lead. In the final 25 stroke, the GB boat responded but fell short by a canvas, finishing second in 6:30.32.

"It was such a close race in that last 250m and we always felt we were in touch. I guess it was only in the last five strokes that we probably realised we weren't going to do it", said Scrimgeour. "But that wasn't a bad result as we have had minimal time together in the boat".

Imogen Walsh, of Inverness, partnered 2012 gold medallist Kat Copeland in the lightweight women’s double sculls. Copeland's re-entry to the sport has been smooth and to reach a European final after a year's lay-off was an achievement in itself. Walsh comes into this season having been a World finalist with Kathryn Twyman. 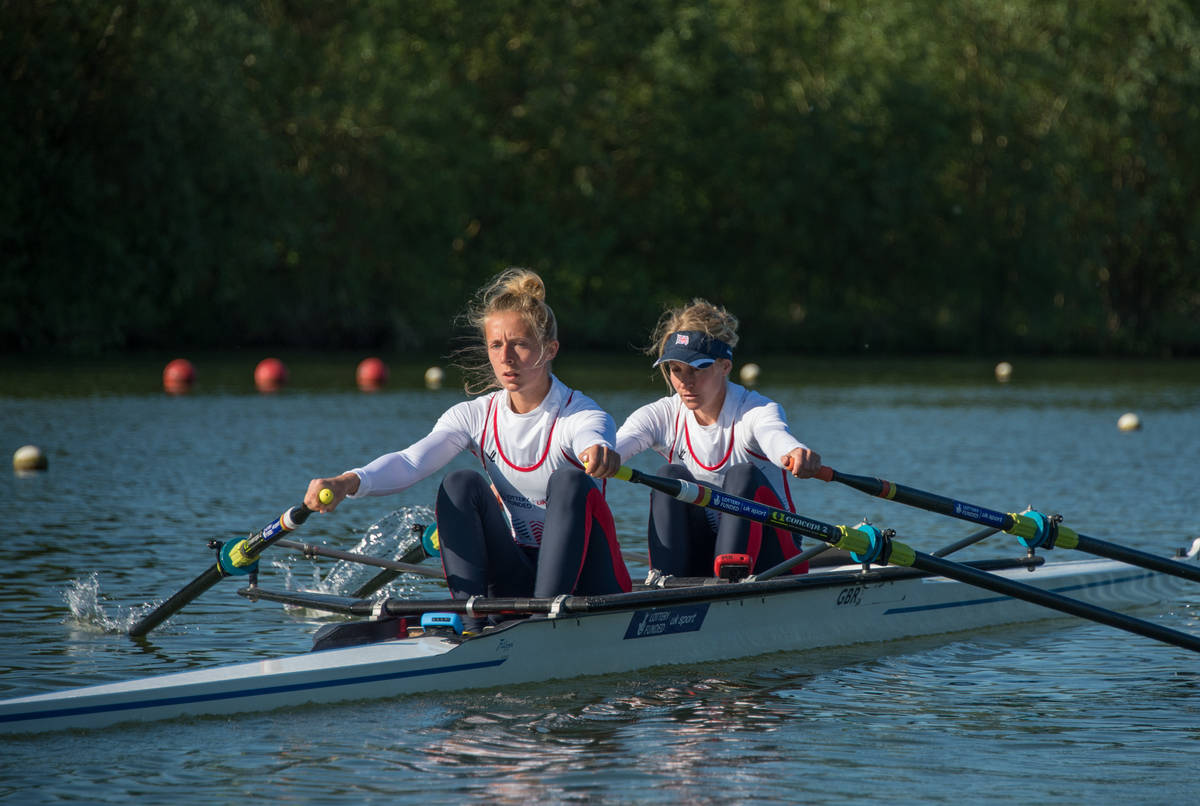 Today, drawn in lane two, they had the European Champions Laura Milani and Elizabetta Sancassani on their inside.

The British duo did not get a strong start but, as per the pattern of their previous races, came back strongly as the contest moved towards the halfway point. They moved up from fourth to third. Germany had a strong lead but faced a three-boat attack behind them.

Italy began to show their pace and moved up to second before powering through the Germans who still had enough left to hold off Britain at the line who took bronze in 6:55.77.

"I think that's a good start. I'm not elated about it but I'm not devastated either", said Walsh.

Alan Sinclair, who comes from Munlochy, partnered Nathaniel Reilly-O’Donnel in the men’s pair in Belgrade, and they performed well in the heat and semi-final. 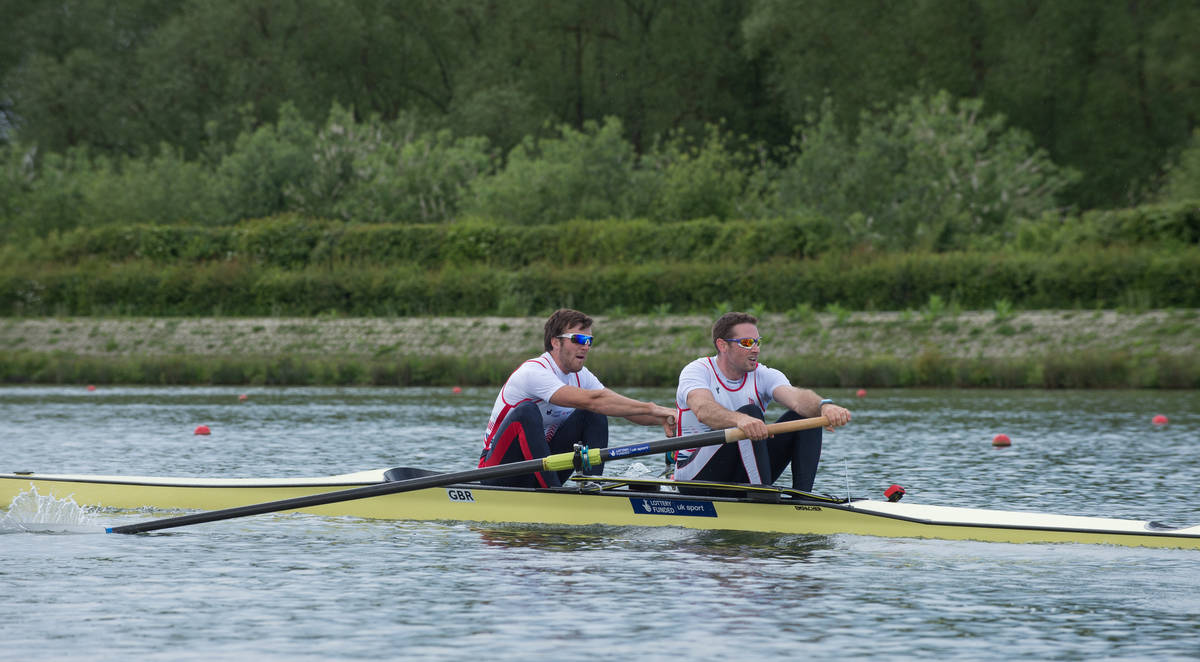 The British duo got off to a good start in the final and were in contention with 500m gone. As a hazy sunshine broke through the clouds the GB boat moved up into fifth in a race, to the delight of the home crowd, being led by Savic and Bogievic.

Sinclair and Reilly O'Donnell had now moved up to fourth place and were challenging strongly for third with the Germans. With five strokes to go it looked as if the British combination might get there but fell short by just over two tenths of a second. Holland took silver.

Coming up against a Belarussian crew that included the much medalled doyen of women’s sculling, Ekaterina Karsten, the GB quartet were unable to stamp their mark on the opening sequence of this race and eventually won the battle with the Ukraine for fifth place.

The GB Rowing Team topped the medal table at the end of the Championships and Performance Director, Sir David Tanner said: "The strongest thing is how our team has progressed through the championships. We came here needing a bit of a spring clean and I think the rowers have stepped up wonderfully taking some medals that didn't seem to be quite there on Friday”.

He added: "We can now go away and be pleased with our first significant European challenge. Well done, too, to our Serbian hosts who have organised an excellent event”.